Windows phones aren’t in a good place, with its awfully slow rollout, limited app support and Microsoft’s own underwhelming handsets. HP wants to turn the tide with its new business-focused Elite x3 phablet.

This massive phone promises to be your all-in-one device for your computing needs. 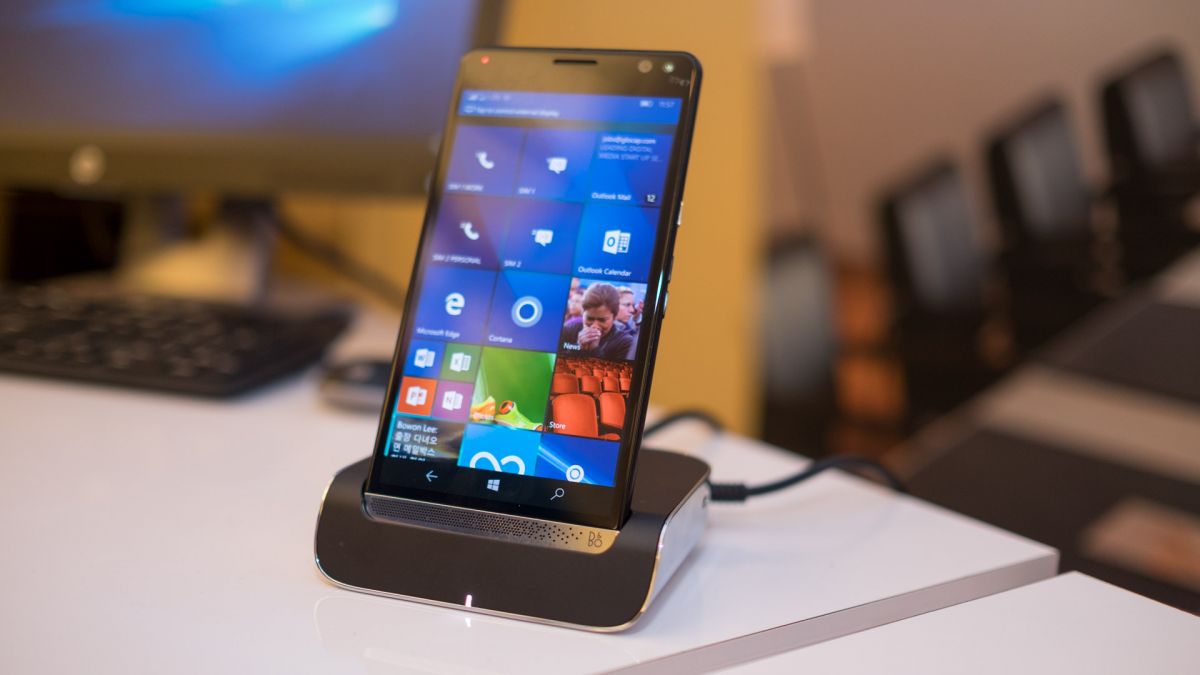 The 5.96-inch phablet comes well stocked with a 2.15GHz Qualcomm Snapdragon 820 processor and 4GB of DDR4 RAM. That’s more than enough power to drive your average smartphone, and that’s because HP has designed the x3 to work in three different modes.

Like the Microsoft Lumia 950 and 950XL, you can hook this handset up to an external monitor for a desktop experience. What’s more, the Elite x3 can power HP’s new, Wi-Fi controlled laptop, called the Mobile Extender, when you need a mobile workstation. 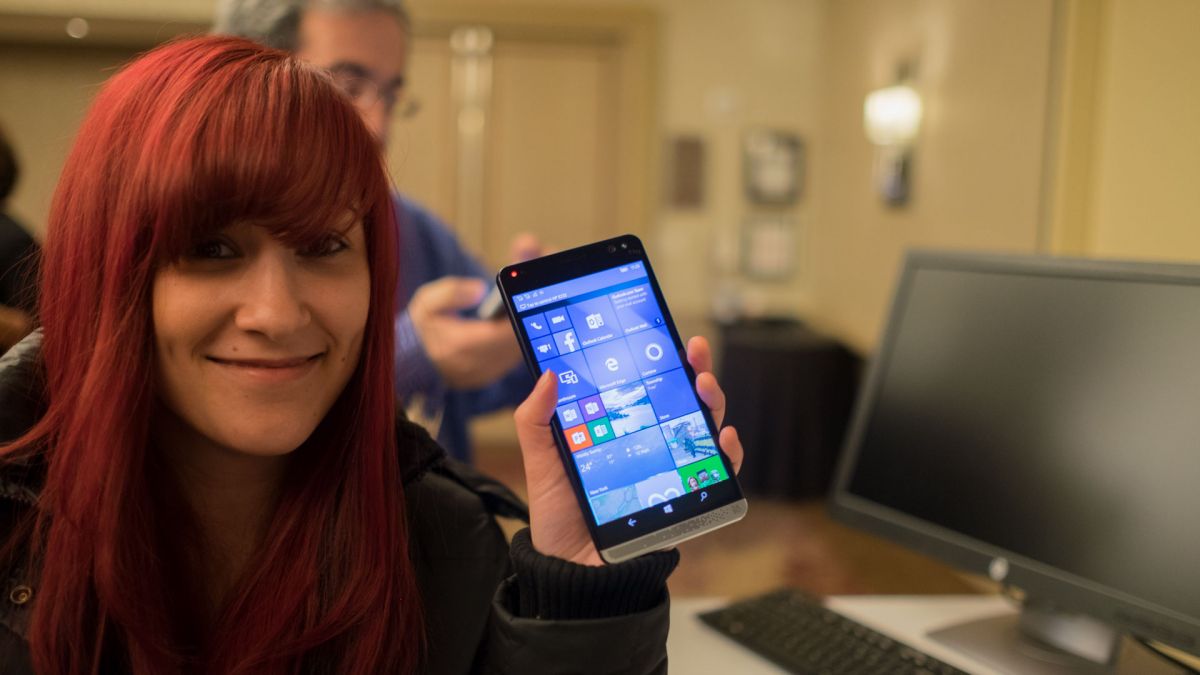 As a standalone handset, the HP Elite x3 is just fine but it’s almost too big to call it a handset, with its 5.96-inch screen. The display is one of the largest used, and it’s actually bigger than that of the 5.7-inch Nexus 6 and Samsung Galaxy Note 5.

Two tenths of an inch might not sound like a lot, but the Elite x3 feels as big as a Kindle. I find it nearly impossible to hold and use the device one-handed.

Although the phone is massive in-hand, it is practically all screen with minimal bezels. There are thin slivers on the side, while the top and bottom extend by roughly a centimeter to make room for the smartphone’s Bang & Olufsen stereo speakers. 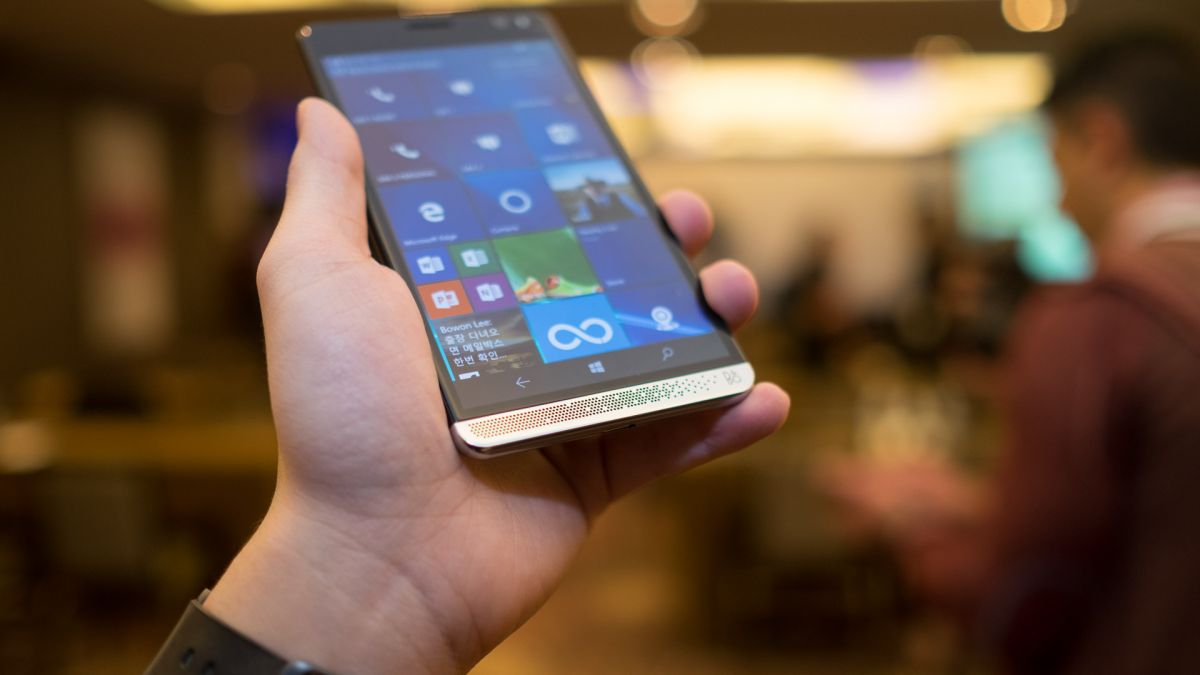 The bottom speaker grille also features an equalizer-like pattern that I wasn’t expecting for a business-oriented device. The extra design element helps liven up this otherwise suit-and-tie-looking device.

Though the front face and edges of the HP Elite x3 are made of metal, it also has a polycarbonate backside. Combined with the smooth glass front, this is definitely one device you’ll want a case for lest you end up dropping it like I did – more on that soon. 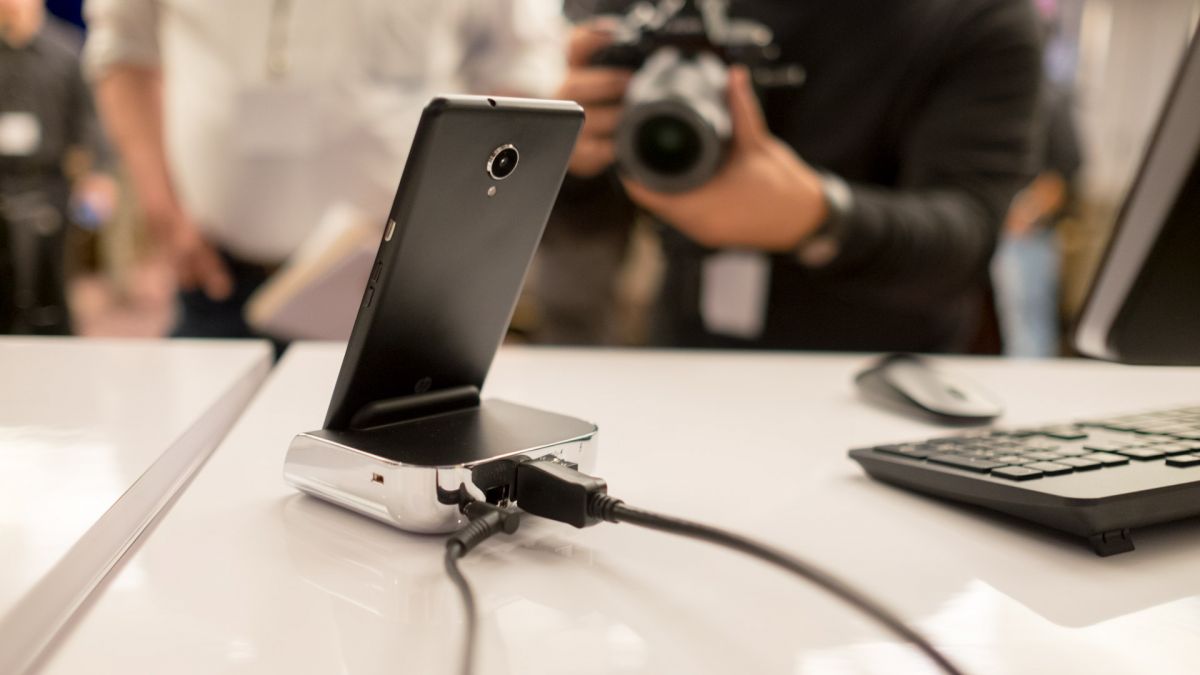 The Elite x3’s 5.96-inch screen is larger than most competing phablets, but it features the same 2,560 x 1,440 resolution. By the numbers, its display should have a fewer pixels per inch than its rivals, but the drop in sharpness isn’t really noticeable.

More likely, you’ll be too busy appreciating the vibrant colors and sharp contrast on the AMOLED panel HP chose for the x3. The screen is also protected by a sheet of Corning Gorilla Glass 4 that should endure scratches and accidental drops rather well. 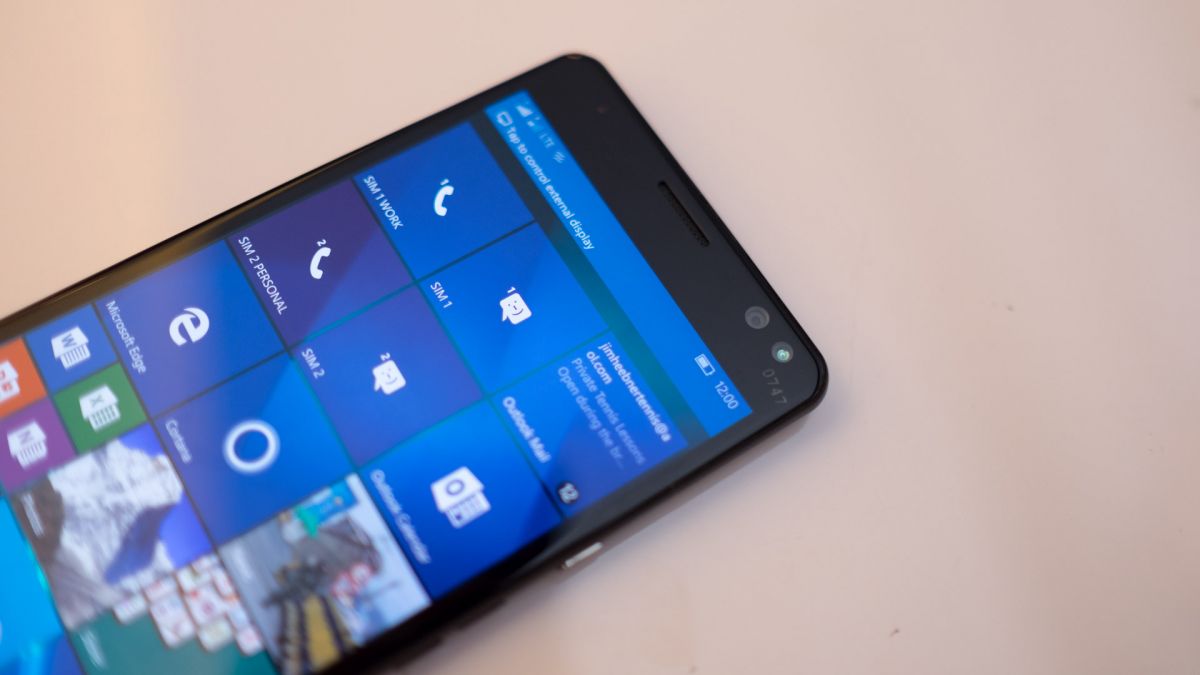 Like other enterprise devices, the Elite x3 has been designed to be durable and meet the 810G military spec. I can confirm it is as durable as it claims, because I accidentally dropped the phone during a preview event onto a metal-clad Dell XPS 13. I was relieved to find that the glass screen wasn’t cracked.

The phone is also waterproof up to IP67, which should protect it from rainy days and close calls with the faucet. Unfortunately, I wasn’t able to test these claims by also accidentally spilling a bottle of water onto it. 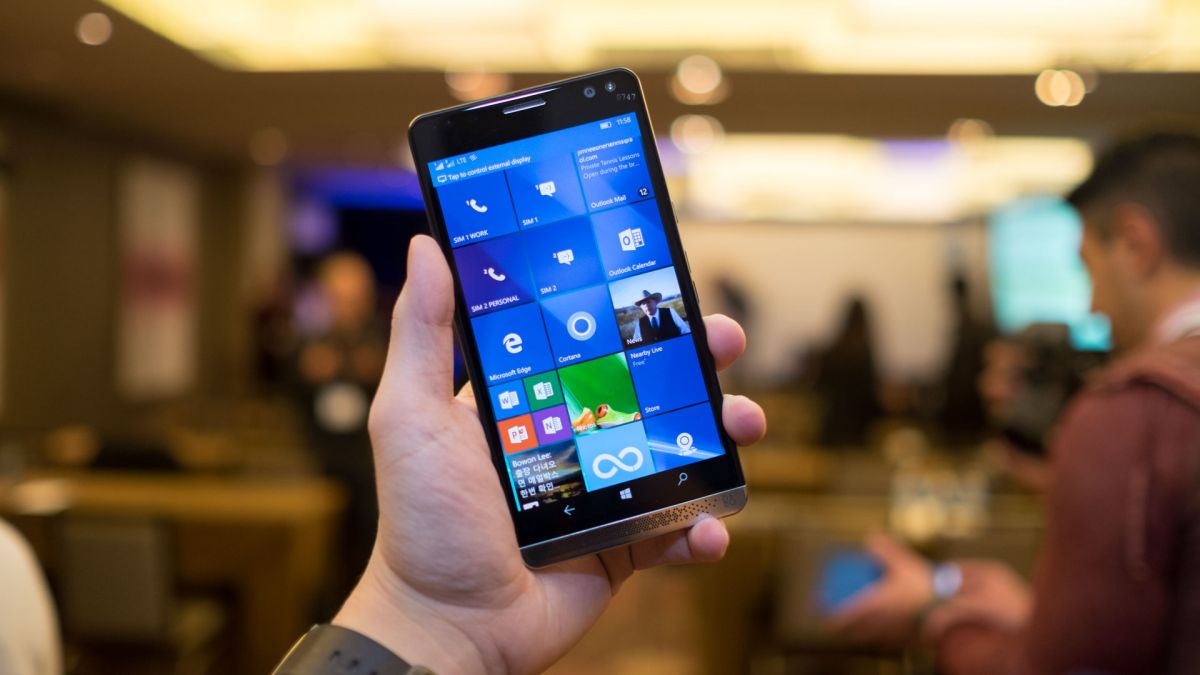 Waterproofing isn’t anything new when it comes to smartphones. However, HP went through the trouble of installing the seals internally, ensuring the shell is smooth and seamless and free of any unsightly plastic tabs.

The phone’s other specs include an Qualcomm Adreno 530 GPU integrated into the Snapdragon chip, paired with a massive, 4,150mAh battery you can charge through the USB-C port. You’ll also get 64GB of storage with that 4GB of DDR4 RAM – a debut for this quicker-grade memory on a mobile device. 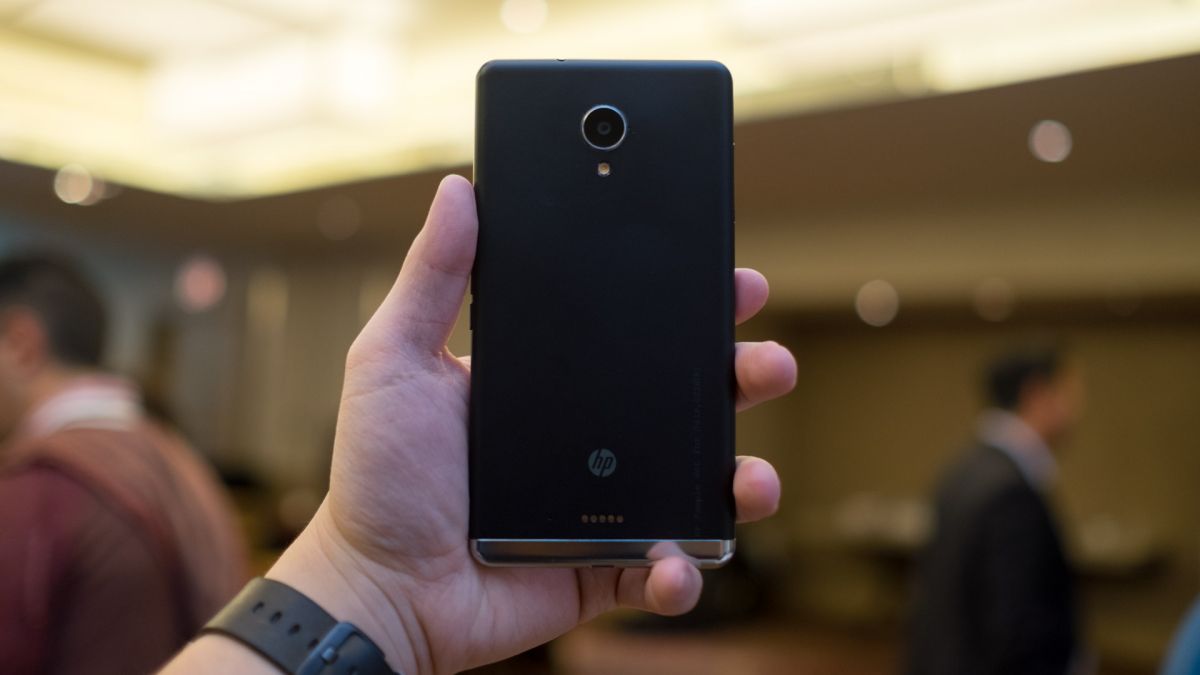 On the imaging side, the HP Elite x3 comes equipped with a 16 megapixel (MP) rear facing camera. Meanwhile, the front facing webcam sports a 8MP sensor that actually captures two images while in Skype chats and combines them to create an balanced, HDR-like image.

HP has not announced pricing for the HP Elite x3, but based on this spec sheet, you should expect it to cost a pretty penny. The Windows 10 smartphone is expected to arrive sometime later this summer. 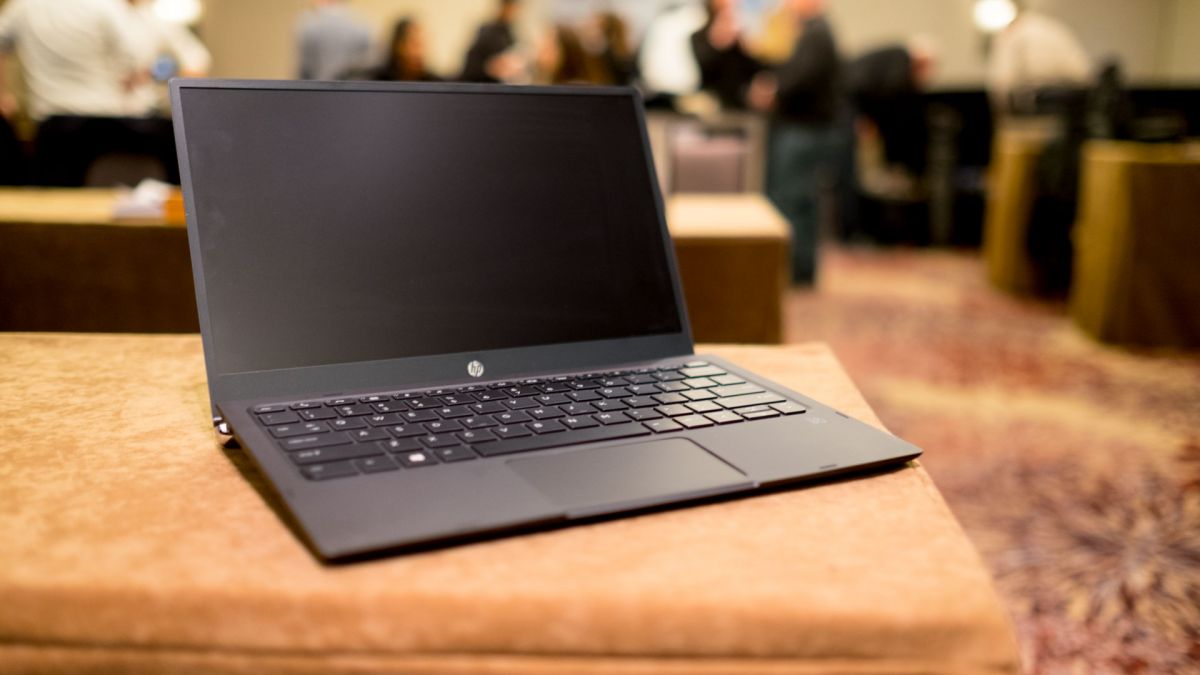 Already a seemingly top-notch Windows phone, the HP Elite x3 can expand into a laptop called the Mobile Extender. This is essentially a shell of a notebook that features a 12.5-inch, 1,080p display with a working trackpad and keyboard.

In place of a processor, GPU, RAM and everything else found in a typical laptop, the Elite x3 transmits and powers the entire Windows 10 experience through Miracast and WiGig technologies. 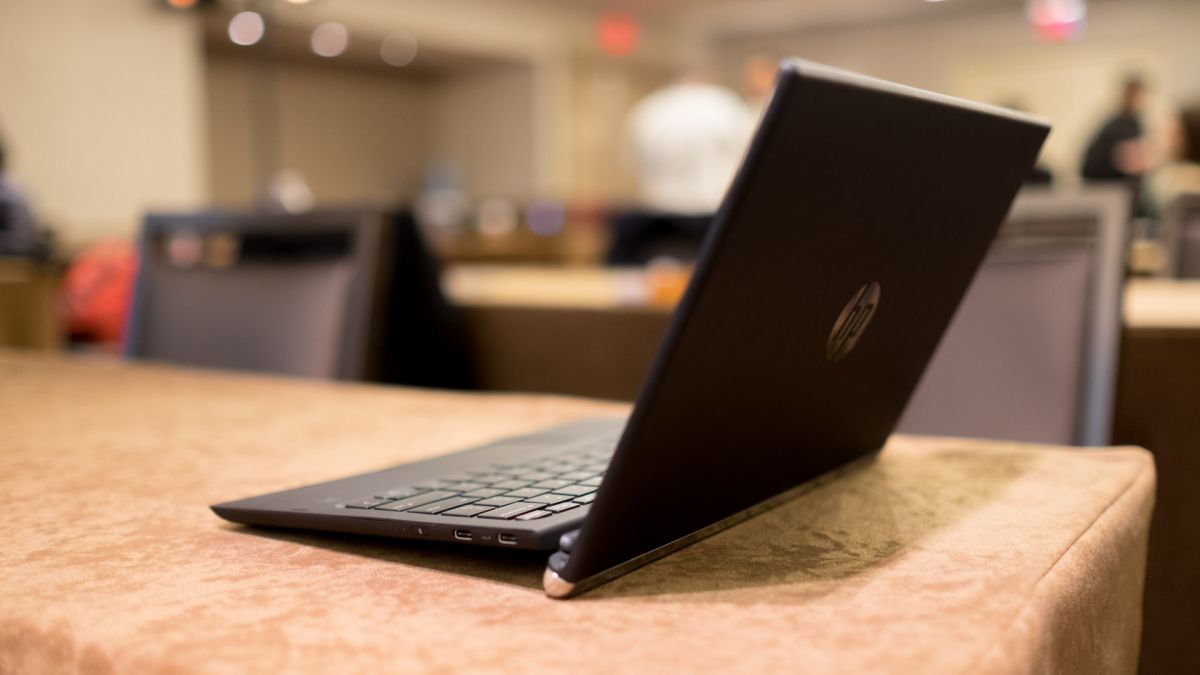 At the MWC 2016 preview event, HP had no working samples. The mock-up Mobile Extender feels similar to a Chromebook in that it’s lightweight and almost entirely plastic. The keyboard’s travel felt a bit short for HP’s typical keyboard design, but – then again – this was a pre-production model.

The screen also rotates on an L-shaped hinge, which props the keyboard up by a few centimeters for an angled typing experience. Unfortunately, the laptop isn’t a 2-in-1 device. 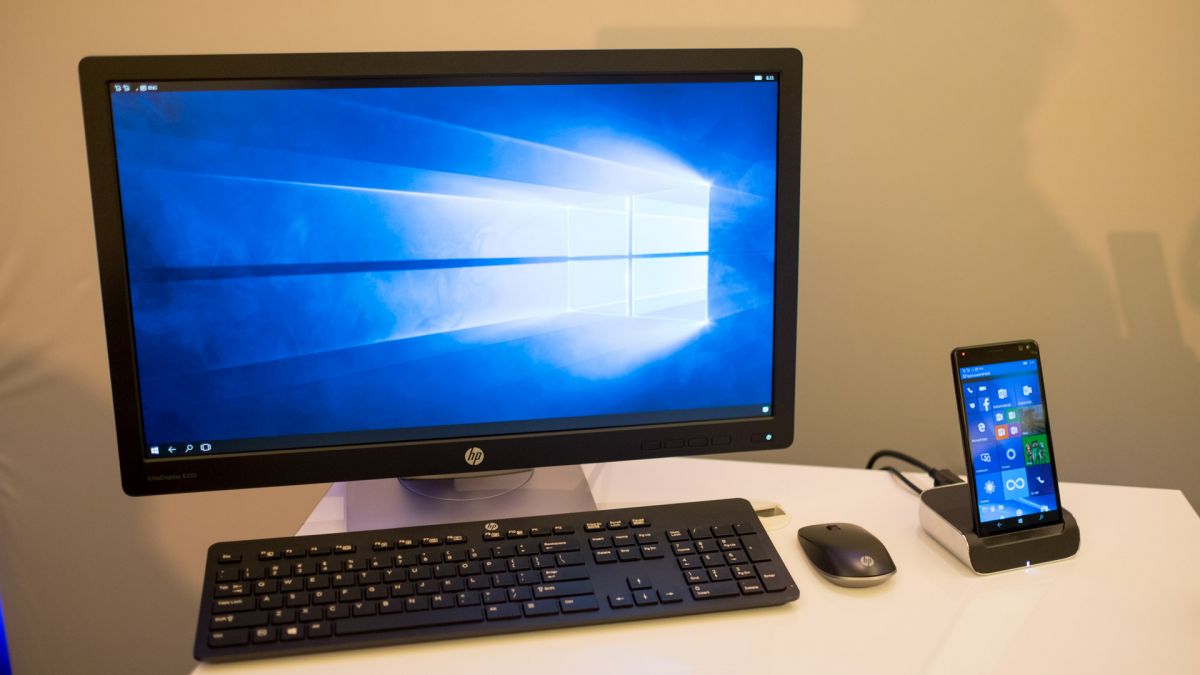 While the ability to transform into a Windows 10 tablet seems like a no brainer, HP’s Mike Nash explains it would have added too many layers to Microsoft’s Continuum.

For its last magic trick, you can slot the Elite x3 into HP’s new USB-C dock to connect it to a screen, keyboard and mouse for a full desktop experience. It’s quite similar to how Microsoft’s own phones handle it, the only difference being a simple dock rather than a long cable to connect the phone.

Windows 10 Mobile is already in a slump, with almost no devices coming out. Enter the 5.96-inch HP Elite x3: one of the most intriguing, versatile and overpowered phones on any platform.

That said, good hardware doesn’t fix Windows 10 Mobile‘s other big problem: a stagnant app store. Until I have more time with it, I’m also not 100% confident the Elite x3 can smoothly transition between its three modes.

Regardless, I have high hopes for this extreme Windows 10 smartphone.

0 0 0
Previous ArticleBuying Guide: 10 best mirrorless cameras in 2016
Next ArticleMWC 2016: Samsung's Gear 360 camera is the next step in virtual reality
Comments (11)

Don't miss a deal at Microsoft Store
Best offers at Argos
Discounts, Sales and Deals at Ancestry
Save your money with TalkTalk Phone and Broadband
Online-Shopping with Farfetch
Best products at Sephora
Latest Posts