Once upon a time, keen photographers bought a DSLR – it was the established order of things. But the mirror mechanism of a DSLR is complex and noisy and adds to the weight of the camera, and that’s where the mirrorless camera, or compact system camera comes in. They keep the big sensors and interchangeable lenses of DSLR cameras but ditch the mirror to produce a smaller, lighter and simpler camera.

In fact, there are still pros and cons to both designs. If you want to find out more, .

Some mirrorless cameras have a compact, rectangular body, some are styled like DSLRs with a ‘pentaprism’ on the top – though this houses an electronic viewfinder rather than the optical viewfinder you get with a DSLR.

Be aware, too, that cheaper mirrorless cameras don’t come with viewfinders at all – instead, you compose the photo on the rear screen, just as you do with a compact camera or a smartphone. (If you’re still not sure what kind of camera you need, read our easy to follow guide: What camera should I buy?)

No two photographers are exactly the same – we’re all looking for slightly different things, so we’ve ranked the 10 best compact system cameras you can buy right now based not just on specs, handling and performance, but size, simplicity and value for money too. 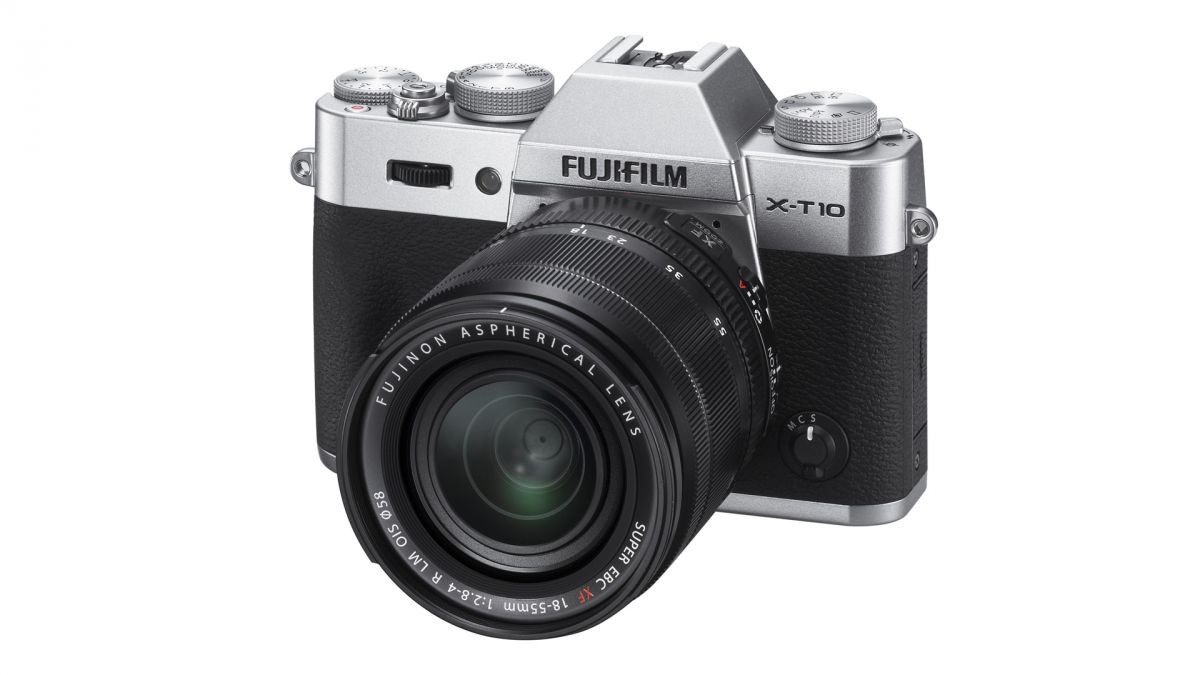 At first sight the X-T10 just looks like a lower-cost alternative to Fuji’s flagship DSLR-style X-T1, and you might be expecting a whole bunch of compromises as a result. In fact, though, the X-T10 uses the same sensor and Fuji’s latest AF technology, which the X-T1 needs a firmware update to match. The X-T10 has a slightly smaller viewfinder image and simplified external controls which don’t match the retro appeal of the X-T1’s, but apart from that it’s hard to see any major benefit to the X-T1 that could justify the big price difference. We love the compact DSLR-style body, the superb Fuji image quality and film simulation modes, and Fuji’s growing range of premium lenses. This is top-quality mirrorless technology at a mid-range DSLR price point. 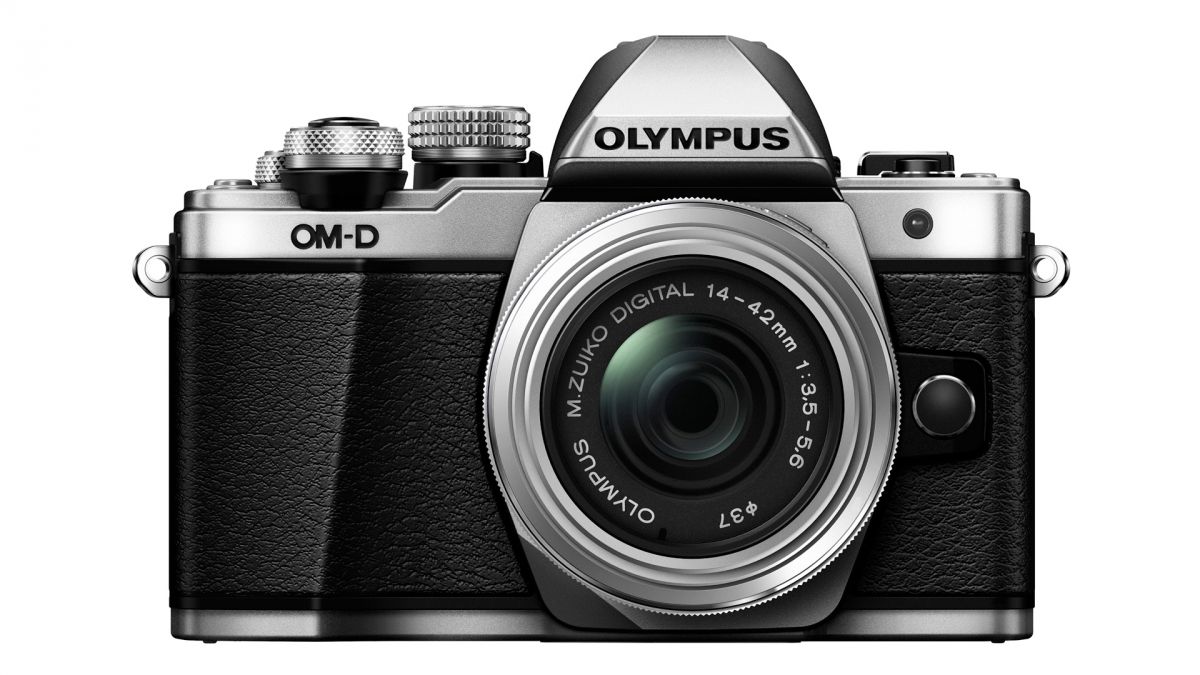 It’s a close-run thing between this and the X-T10 for the top spot in our list. We loved the original E-M10 for its size, versatility and value for money, but the E-M10 II adds features that take it to another level. The old camera’s 3-axis image stabilization system has been uprated to the 5-axis system in Olympus’s more advanced OM-D cameras, the viewfinder resolution has been practically doubled and the continuous shooting speed, already impressive at 8fps, creeps up to 8.5fps. Some will criticise the smaller Micro Four Thirds sensor format (roughly half the area of APS-C) but the effect on image quality is minor and it means that the lenses are as compact and lightweight as the camera itself. It’s small, but it’s no toy – the E-M10 II is a properly powerful camera. 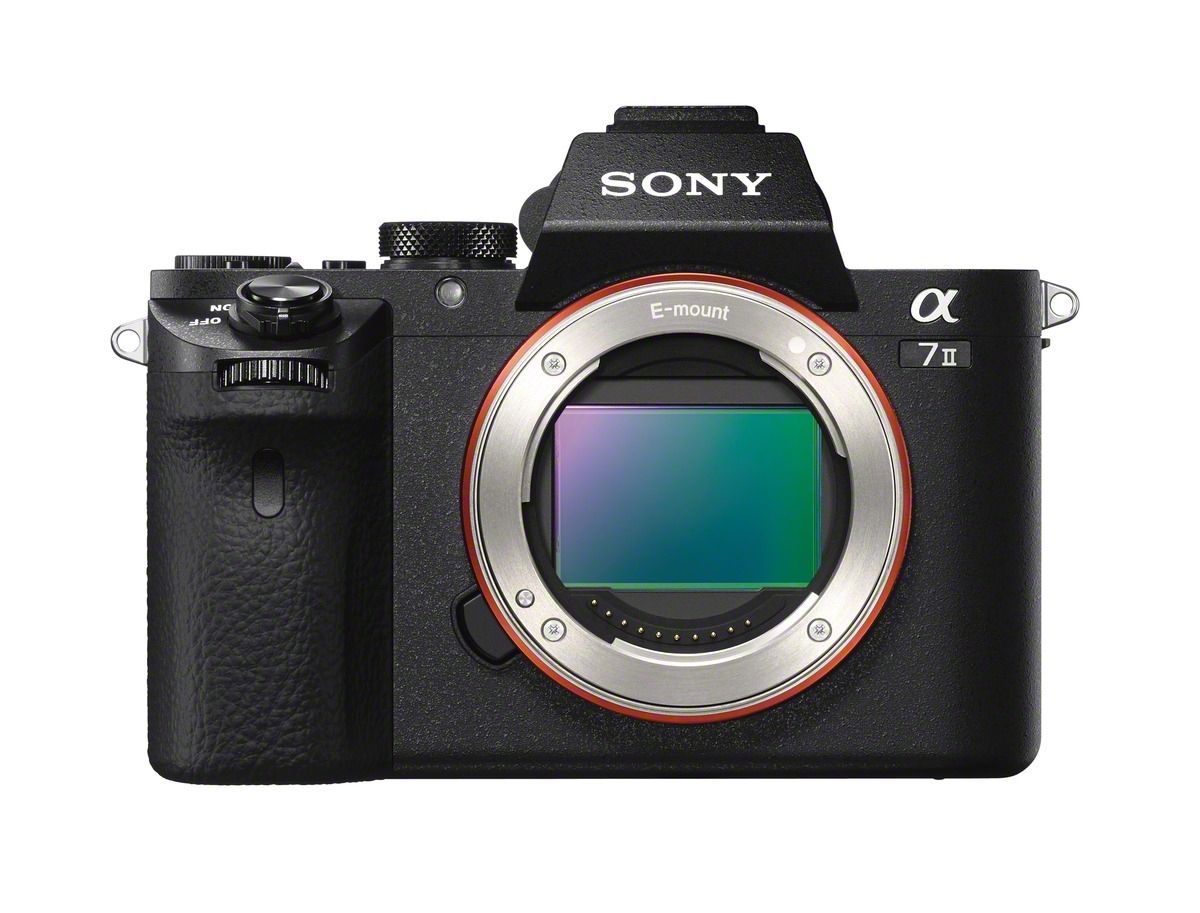 Our next choice represents a big step up in sensor size. The full frame Sony A7 II doesn’t have the highest-resolution sensor in the A7 range – that’s the 42.5Mp A7R II – but its full-frame sensor still has 24 million pixels and, now, built-in stabilization. It’s more expensive than the A7 it replaces, but although our lab tests show it has no clear performance advantage over its best APS-C rivals, the Fuji X-T1 and Samsung NX1, the A7 II’s full-frame sensor brings a shallower depth of field and a pictorial ‘depth’ to stills and video that’s harder to achieve in a smaller format. The A7 II is an important step in the evolution of full-frame compact system cameras and is supported by a growing collection of pro-quality lenses. 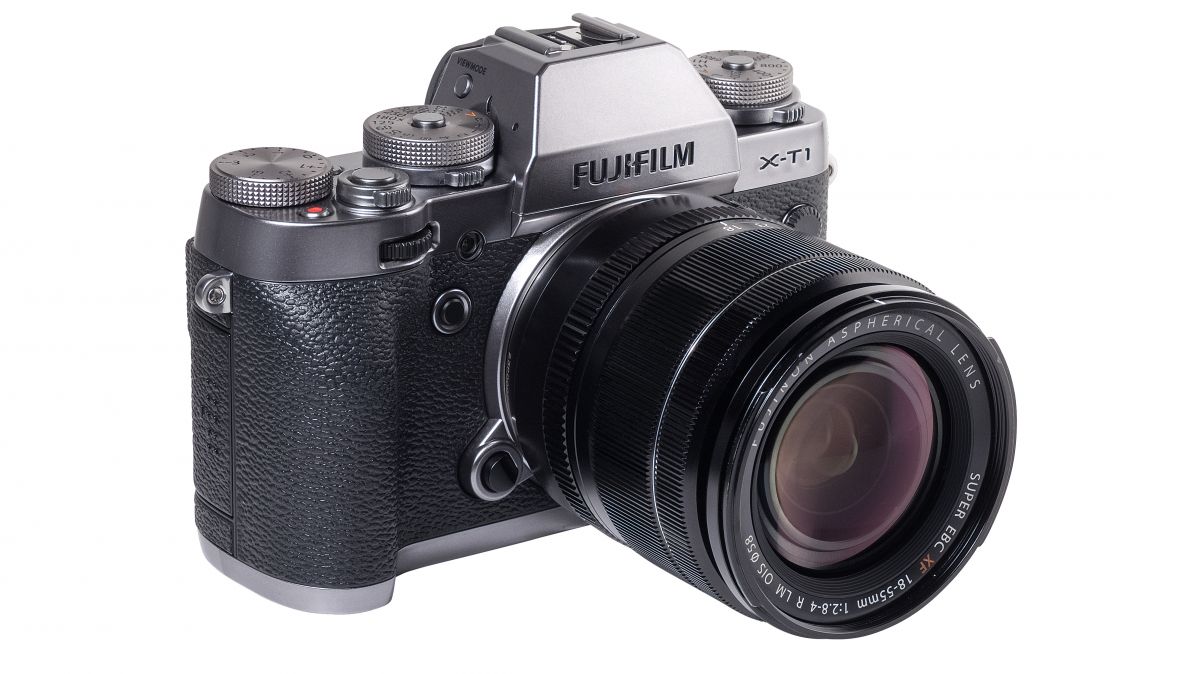 Not so long back the X-T1 was our favourite compact system camera, but things change quickly in the world of cameras, and it’s been pushed out of the top spot. Price has proved the X-T1’s main enemy – it’s a great camera, but it’s held its price almost too well, so that the newer Fuji X-T10 is almost as great and much cheaper. The Olympus E-M10 II has come along too, with its brilliant blend of size, features and value, and competitive pricing means the Sony A7 II is now very good value for those who value performance above all else. The X-T1’s external manual controls for shutter speed, lens aperture and ISO setting are still a joy to use and we love the results from its X-Trans sensor, but its rivals are getting ever stronger. 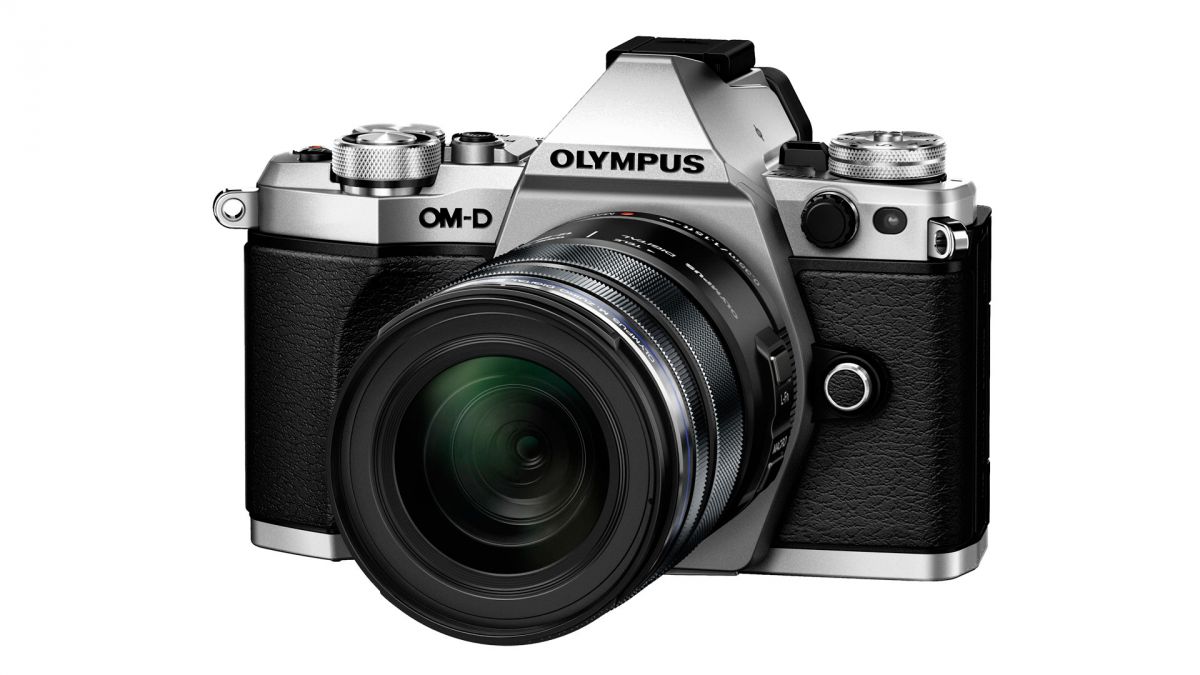 The E-M5 II is another technological tour-de-force from Olympus, with a 40Mp High Res mode that produces detail far beyond the sensor’s native resolution (though only with static subjects), 5-axis image stabilization for both stills and movies (so it’s great for ‘run-and-gun’ style videography), a fully-articulating touch-screen display and some clever and exciting low-light exposure modes. It’s also small and perfectly formed – yet, for an enthusiasts’ camera it’s not cheap, and the controls can be baffling. It’s a similar price to the Fuji X-T1 and faces a similar problem – it’s desirable enough, but there’s a newer, much cheaper camera in the range (the OM-D E-M10 II) that makes you question the price. 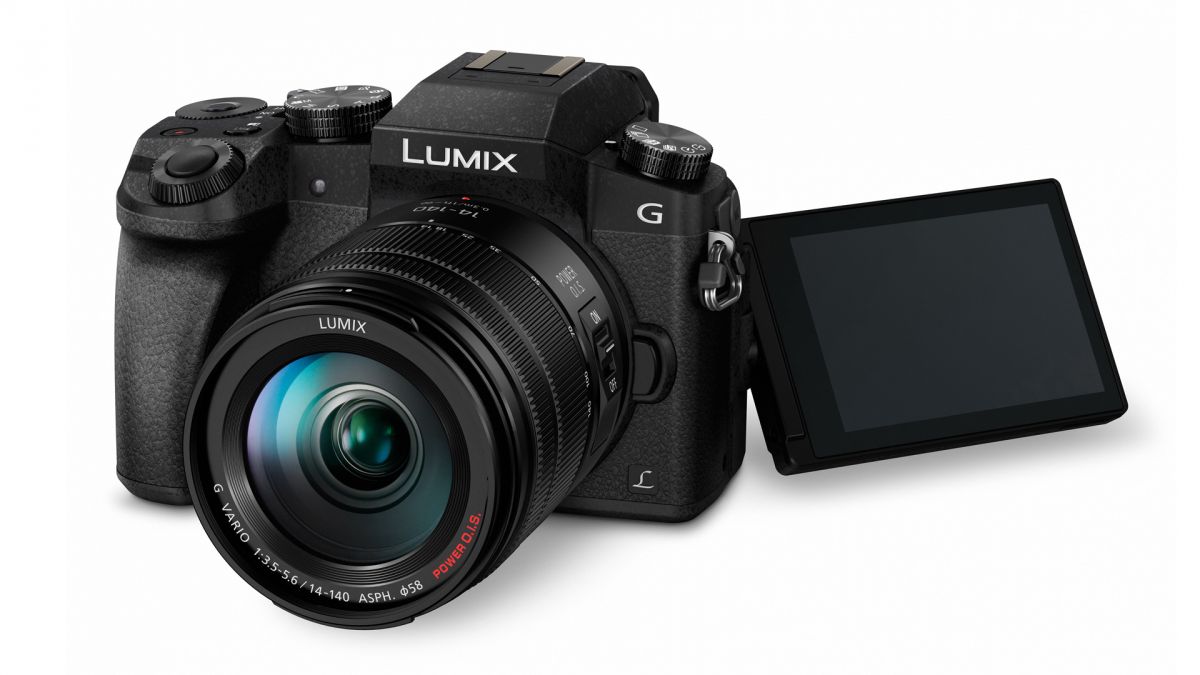 If you can get past its somewhat bland styling, the G7 has a LOT to offer

Panasonic’s D-SLR-style G-series cameras are easily overlooked, as the company tends to put its latest technology in its smaller, rectangular GX-series cameras – the new GX8 is the first to use Panasonic’s new 20Mp Micro Four Thirds sensor. Nevertheless, they offer a good blend of features, technology, practicality and value. Indeed, the G7 is a pretty good stills camera for the money, but it goes a whole step further, adding in Panasonic’s 4K movie capability and the option of grabbing 8Mp stills at a rate of 30fps. Interestingly, though, Panasonic has kept to its ‘old’ 16Mp sensor for this model, reserving its latest 20Mp sensor for the GX8. Nevertheless, this is a great camera, especially at today’s prices, and its 4K imaging technology is still ahead of the curve. 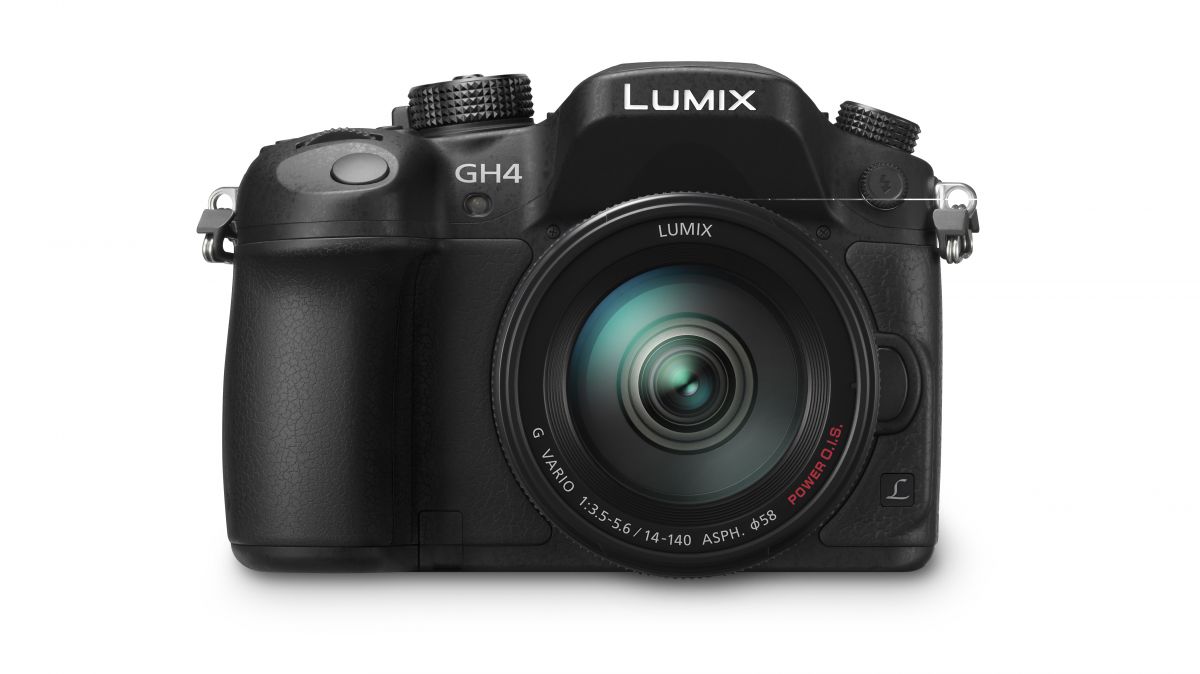 Is it a stills camera or a 4K video camera? The GH4 is brilliant but conflicted

The GH4 was a terrific, ground-breaking camera and its 4K video capabilities became legendary amongst professional film-makers. It’s also a very good stills camera capable of shooting top-quality 16Mp images at up to 12 frames per second. You can even extract really good 8MP stills from 4K video shot at 30fps. But all this processing power has made the GH4 expensive, so unless shooting high-speed action stills and video is your speciality, you could be paying for power you won’t use. It’s a firm favourite amongst 4K film-makers and early adopters, however, and while prices have fallen since its launch in 2014, its reputation just seems to keep on growing. It’s been standing still just a little too long, though, and 4K video capability is becoming relatively commonplace. 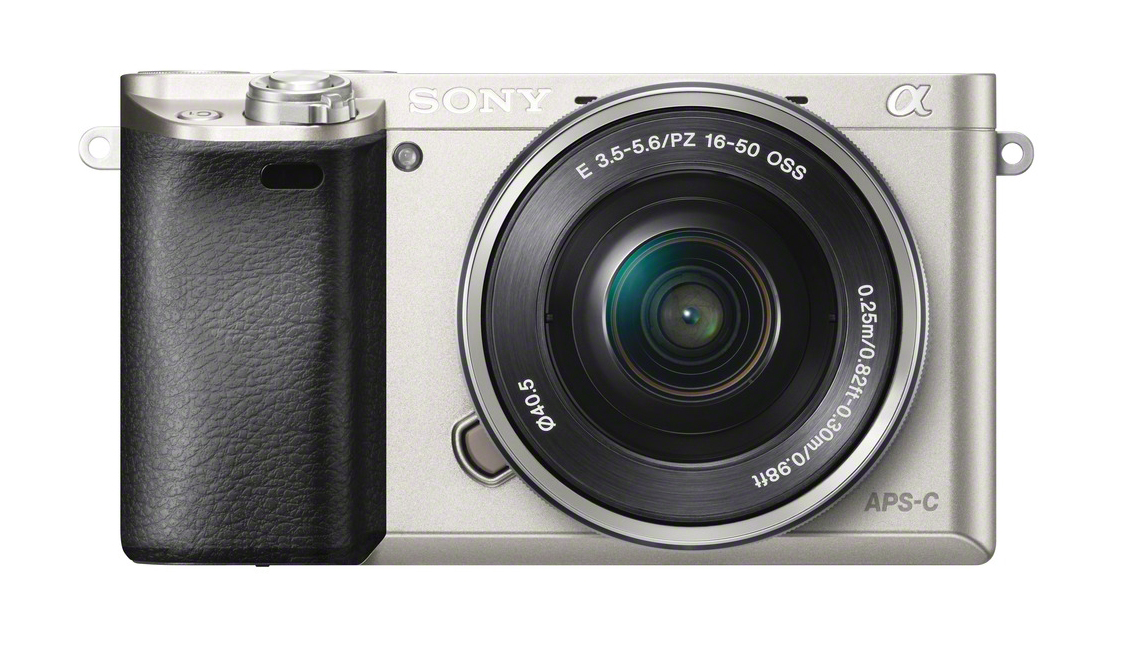 The A6000 was Sony’s top APC-S compact system camera up until the announcement of the A6300. We haven’t had a chance to test the new camera yet, and the A6000 is still on sale and rather good value now, so it keeps its place in our list. It has a ‘box’ design rather than the D-SLR style of the E-M10 and other enthusiast-orientated compact system cameras, but it does have an electronic viewfinder, though, mounted in the top corner and some very impressive specs, including a hybrid AF system claimed by Sony to be the fastest in the world when it was launched (February 2014), a 24-megapixel sensor and 11fps continuous shooting. At its current super-competitive prices, the A6000 is a high-end compact system camera at an entry-level price and that guarantees it a place in our list. 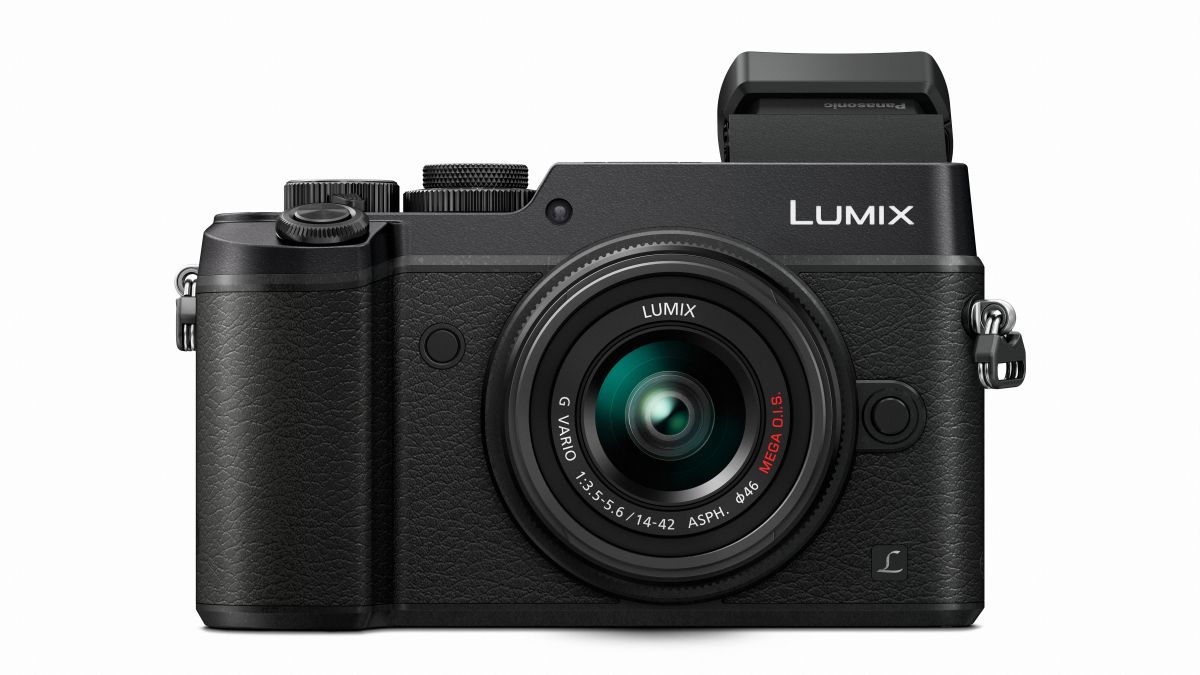 Panasonic’s compact system camera range is pretty confusing. You might expect its DSLR-style G-series cameras to get the best and latest tech, but actually it’s the the box-shaped GX8 that’s the first to benefit from Panasonic’s new 20Mp Micro Four Thirds sensor – this has performed really well in our lab tests, putting it on the same level as a good DSLR. The GX8 also comes with 4K video and the ability to grab 8Mp stills from it (it’s like continuous shooting at 30fps). The rear screen is tilting and so, unusually, is the electronic viewfinder eyepiece. It’s a very good camera, but the price is a sticking point, and the Sony A6000 (above) gives you more for your money. Most mirrorless cameras use Micro Four Thirds, APS-C or even full frame sensors, so the smaller 1-inch sensor in the Nikon 1 cameras means that they’re not always taken very seriously. But the sensor is still large enough to give much better results than a regular compact and the choice of interchangeable lenses for the Nikon 1 system is pretty decent. Best of all, this is a really cute and stylish little camera that’s easy to use and delivers good results, combining point and shoot simplicity with proper manual controls for enthusiasts – and at a price which makes the little Nikon hard to resist.