The Roborock S4 robot vacuum was pitched to me as a refreshed model with an updated design and an all-new app. Given that Roborock’s models S5 and S6 were two of the better robot vacuums I’ve used, that was bittersweet news. Experience has taught me that too much tinkering can just as easily spoil a maturing product as improve it. But my fears proved to be unfounded.

For the most part, the Roborock’s updated design is nothing dramatic. Both the laser turret and the hinge for the top lid have been moved closer to one end of the vacuum, and the power button has been reshaped and repositioned to the other end. The removable rubber-and-bristle roller brush and silicone-strip side brush that were introduced with the S6 are still present, though, as is the 0.6-liter dustbin located under the lid.

The most glaring change is that the mopping function, a feature of all prior Roborock vacuums, has been eliminated. That means you won’t find a water tank, mopping cloths, or a moisture-proof mat in the box. Roborock says it’s also made tweaks to the LIDAR navigation, so the robot vacuum can better maneuver around furniture and other obstacles, and refreshed its drivetrain to prioritize reverse power, allowing the S4 to back away from obstacles that would trap other robots. 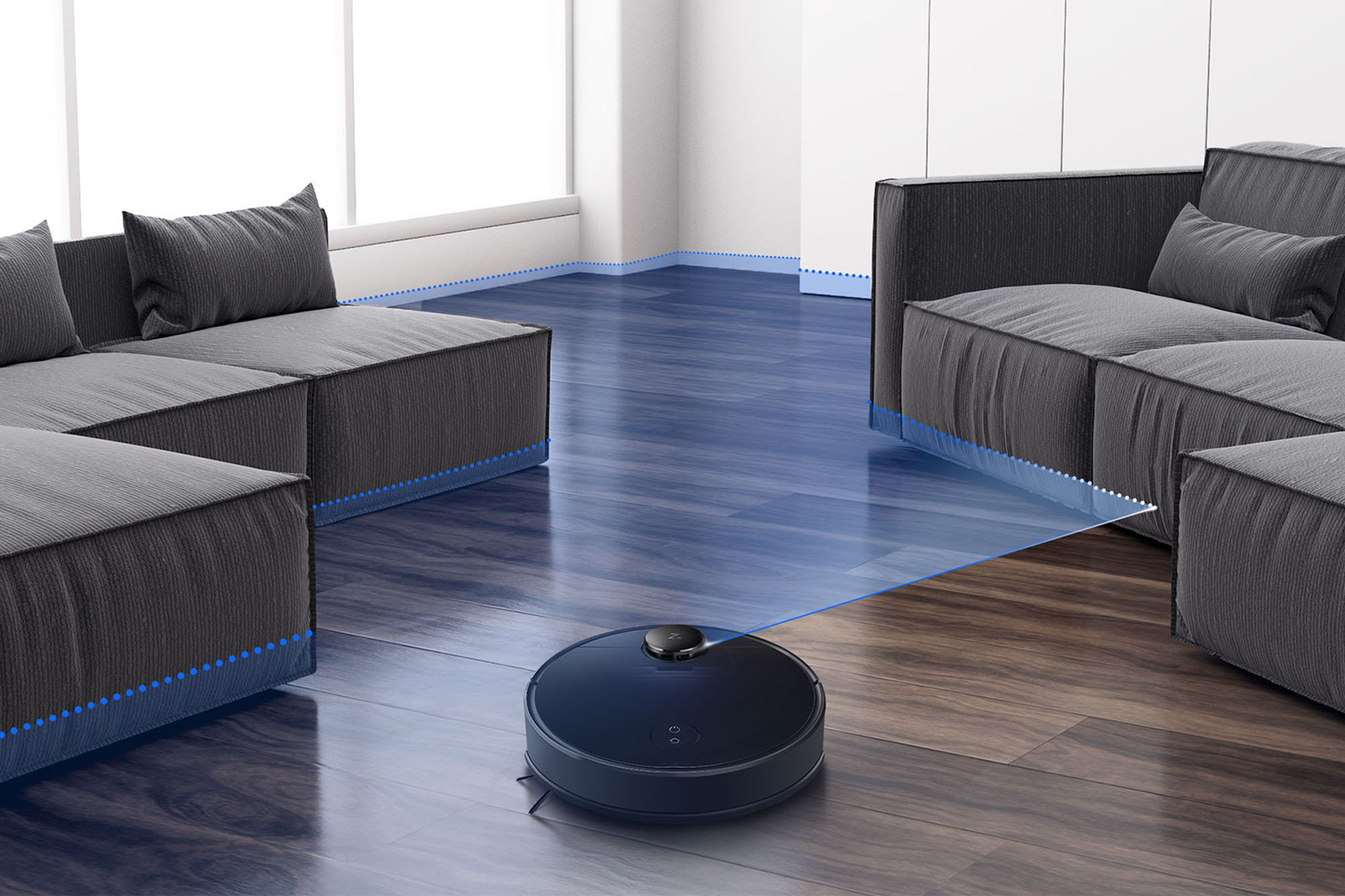 A brand-new Roborock app replaces the Mi Home app used to operate the brand’s previous robot vacuums, and I was impressed with it right away. A giant plus sign, marked “add a device,” appeared the first time I logged in; and when I pressed it, it scanned for the S4, which it found instantly, prompting me to log in to my Wi-Fi network. That whole process took merely seconds, but the firmware update I had to install tacked on another five minutes.

The first time you run the S4, it creates a map of your floor plan (this function must be activated in the app prior to running the vacuum), and it automatically partitions the map into zones. In my case, the living room, kitchen, entryway and bathroom comprising my downstairs level were clearly delineated as separate rooms. After this initial recon vacuuming, the app loads the map each time you start a cleaning job. You can then opt to clean the entire floor plan, only specific rooms, or designate zones that you’ve defined in the app. In any of these cases, the S4 plots the most efficient path through the area, resulting in quicker cleaning times and more bang per battery charge.

It’s hard to tell how much the LIDAR adjustments Roborock made have improved the bot’s navigation. The S5 and S6 both maneuvered around obstacles and over different floor surfaces very well, and the S4 does, too. It cruised seamlessly over carpet, hardwood, and linoleum in my testing, never getting hung up on the transitions in between. Also like its predecessors, however, the S4 was too tall to get under my couch and kitchen cabinets thanks to its turret, so those areas always required more attention during deeper cleanings with my stand-up vacuum. The S4 didn’t get stuck often, but on the rare occasions it did, I was alerted to the specific problem by the vacuum’s voice system and a notification in the app. 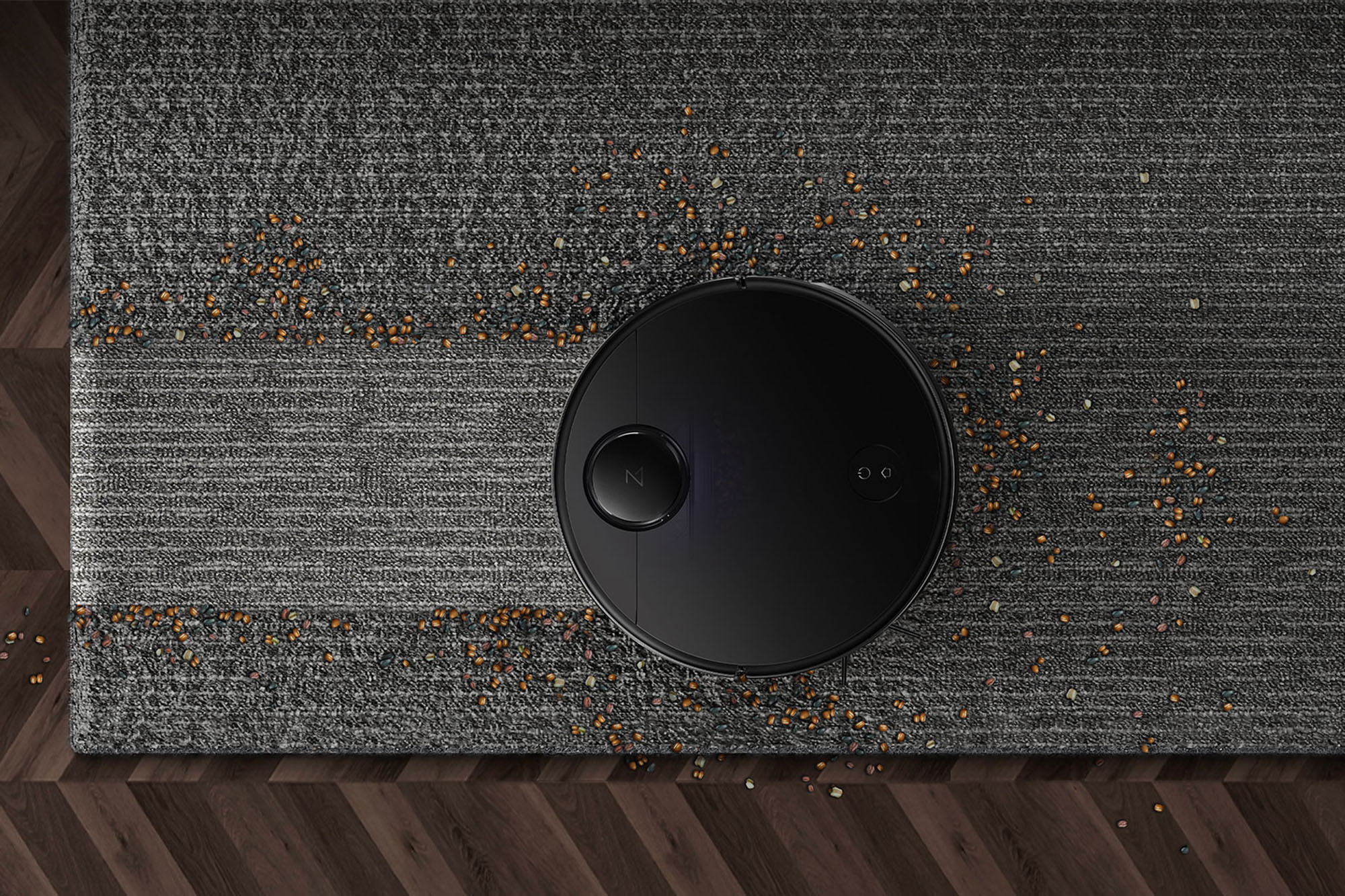 The S4 has four cleaning modes with increasingly high suction: Silent, Standard, Medium, and Turbo. Standard seemed to offer the best balance of power and battery efficiency, but you can change modes in the app as the vacuum is cleaning.

The Roborock app might be better described as “rebranded,” rather than “brand new,” because the layout and functionality look nearly identical to the Mi Home app the company’s robot vacuum’s used previously. The floor map displays in the center of the screen. Real-time data on the size of the area cleaned, battery level, and cleaning duration run above the map; and buttons for starting/pausing cleaning jobs, and sending the S4 back to its dock are below that.

Just as with the Mi Home app, you can modify the map from an edit button that gives you options for setting virtual boundaries, editing zones—areas you designate with bounding boxes on the map—and restoring to a previous map. The spinning-brush icon that opens a menu of the vacuum’s cleaning modes has been brought over from the Mi Home app as well. 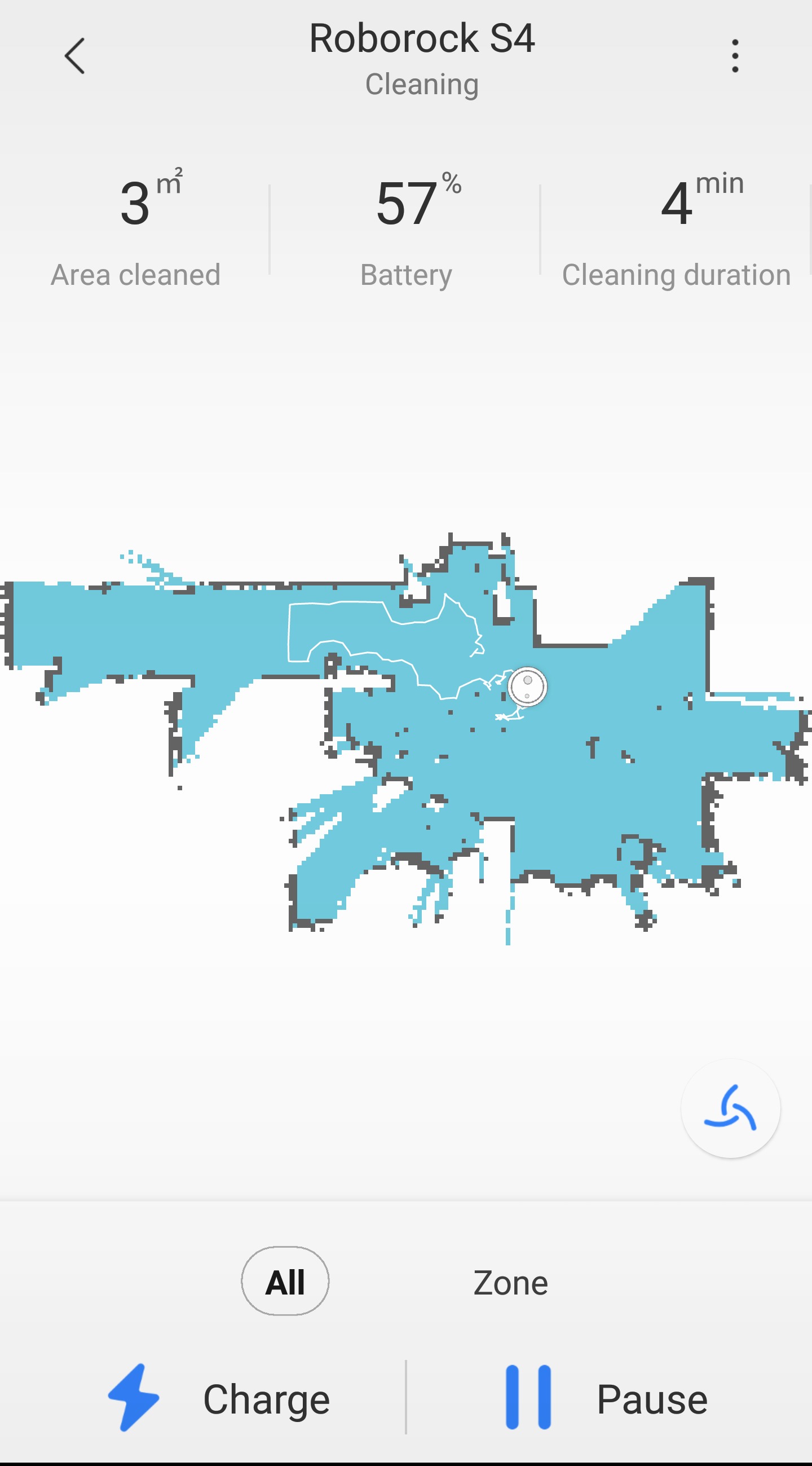 Further controls are located in the settings menu. Most of these are of the set-it-and-forget-it variety—language and volume settings for the voice prompt, a scheduling timer, a do-not-disturb option—but there are a couple you’ll access more frequently. One is a “go to” feature that lets you deploy the S4 to a particular spot by dropping a pin on the map and activating spot cleaning mode once it arrives there. Another is a detailed cleaning history that logs details of every job individually and in aggregate. Finally, you can check the status of the S4’s brushes, filter, and sensors to see how long each has until it needs to be cleaned or replaced.

The S4 seems like an incremental update, with improvements evident in the overall user experience, but not necessarily noticeable on a feature-by-feature basis. That’s a good thing. Even though the mopping function was improving as of the S6, it was never the Roborock’s best feature and I didn’t miss it here. If anything, its omission strengthened an already formidable robot vacuum and makes the S4 perfect for anyone looking for advanced functionality at an affordable price.

Eliminating some features and improving others, Roborock has strengthened and already impressive robot vacuum.

Don't miss a deal at Groupon
Best offers at Udemy
Discounts, Sales and Deals at Marks and Spencer
Save your money with Carphone Warehouse
Online-Shopping with H&R Block
Best products at Intuit Small Business
Latest Posts