Apple has stressed its disapproval of using third-party spare parts to repair its devices yet again. In a new support page, the tech giant said iPhone 11, iPhone 11 Pro and iPhone 11 Pro Max users will see an “Important Display Message” if they replace their screens with an aftermarket component. The message will say “Unable to verify this iPhone has a genuine Apple display” inside About under Settings. 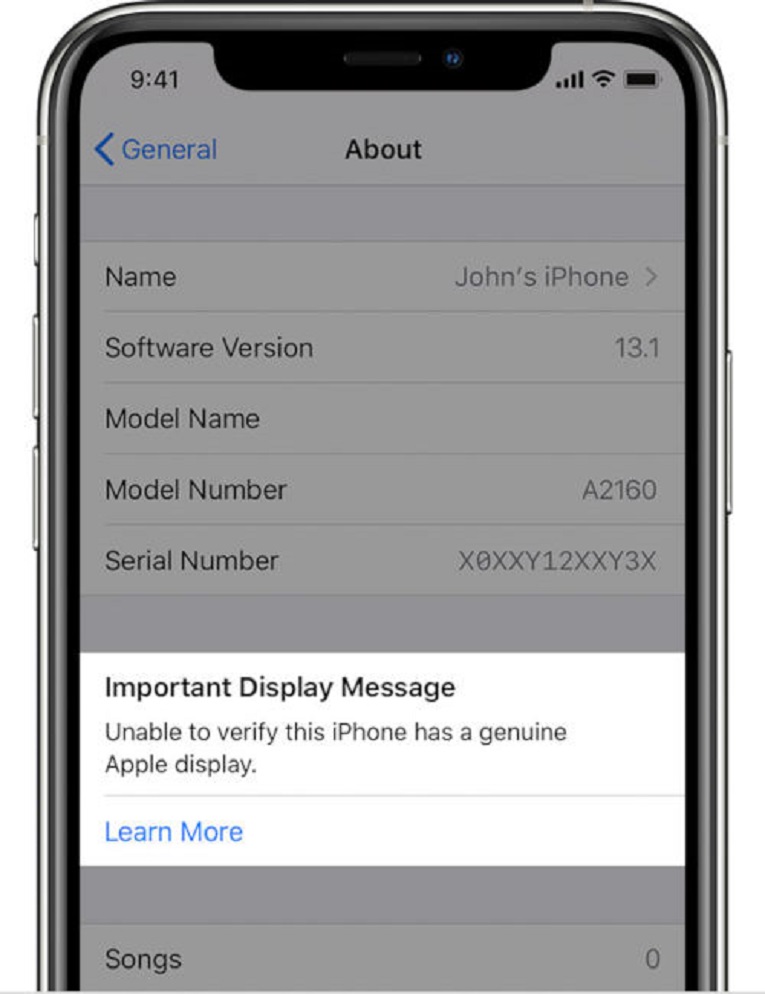 Apple rolled out a similar warning message for the iPhone XR, XS and XS Max earlier this year, but that one was for batteries. That message said: “Unable to verify this iPhone has a genuine Apple battery. Health information not available for this battery.” The company activated this particular warning with iOS 13.1, and it may also tell users that the company “has updated the device information for” an iPhone. By that, it means the device will make a note that it has an unauthorized part for service needs and safety analysis.

Since the messages are pretty hidden, they won’t have any impact on the way people use their devices. However, Apple has issued a strong warning in the new support page, telling users that using non-genuine display parts and going to unauthorized service providers could lead to multi-touch issues, incorrect color calibration and ambient light sensor problems, among others.

“Only technicians who have completed Apple service training and who use Apple genuine parts and tools should replace iPhone displays… Replacements not performed by Apple, authorized service providers, or certified technicians might not follow proper safety and repair procedures and could result in improper function or issues with display quality or safety. Apple displays are designed to fit precisely within the device. Additionally, repairs that don’t properly replace screws or cowlings might leave behind loose parts that could damage the battery, cause overheating, or result in injury.”

Apple has been clear, however, that it will begin verifying third-party repair stores. In August, the company has said it’ll offer stores the same “genuine parts, tools, training, repair manuals and diagnostics” as Apple Authorized Service Providers. That means iPhone owners will have more options available to them and repairs will be undertaken using official processes.

Don't miss a deal at TalkTalk Phone and Broadband
Best offers at Myprotein
Discounts, Sales and Deals at Virgin Media
Save your money with Nike DE
Online-Shopping with Vodafone UK
Best products at Newegg
Latest Posts