Mophie Powerstation XXL review: This is the portable battery you’re looking for

The last time I tested a portable battery from Mophie was in 2017 when I reviewed the Powerstation Plus XL. It was impressive enough to earn PCWorld’s Editors’ Choice award as the best overall power bank. Now it’s time for it to be replaced by its burly brethren: Mophie’s Powerstation XXL, a $70 battery pack that has more capacity and is just as efficient.

The Powerstation XXL has a 20,000mAh battery for a total of 74Wh of power. There are three ports—two USB-A, and a lone USB-C port—indicator lights, and a power button.

The fabric material covering the top and bottom of the pack are a nice break from the usual plastic housing, although the edges of the pack are black plastic. The pack itself is roughly the same width and height as Samsung’s Galaxy S10 Plus—you’d need to stack three of those phones to approximate the pack’s thickness.

The pack’s ports live on the front of the pack—with the USB-C port between the two standard USB ports. The USB-C port is used to charge devices or charge the pack itself. It can put out 5V/3A (15W) of power, while the standard USB ports are limited to 5V/2.4A and 5V/1A, respectively. The Powerstation XXL can charge at a maximum of 5V/3.4A, or roughly 17W. 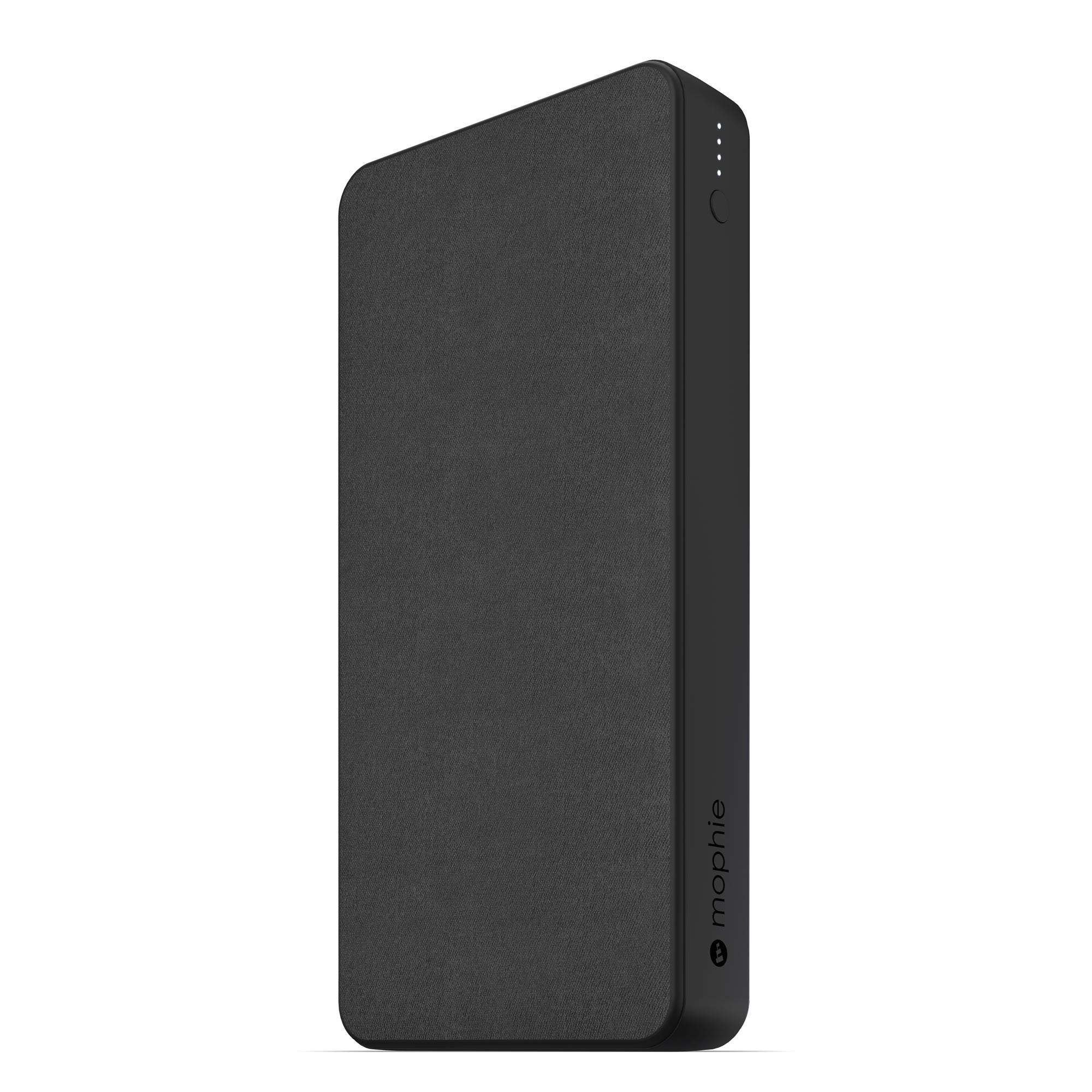 I was able to charge the pack from empty to full in 5 hours and 6 minutes.

As for efficiency, the Powerstation XXL is the third-most efficient pack I’ve tested overall at 92.51 percent. The Mophie Powerstation Plus XL is still the top pack at 93.41 percent, and the ZeroLemon ToughJuice is second at 93.27 percent.

The average efficiency for all portable batteries I’ve tested is 83 percent.

Included in the box with the XXL is a USB-A to USB-C cord that’s far too short, but appreciated nonetheless.

On the left side of the pack is where you’ll find the power button and four indicator lights. The lights are hard to see if you aren’t looking at them straight on, and they don’t stay on while the pack is charging to easily see its current status. I’d like to see improved visibility from multiple viewing angles and for the lights to remain on while charging.

Overall, the Powerstation XXL does it all—save for wireless charging—and is affordably priced. Even though it doesn’t have charging cables built into it, its efficiency, speed at which it charges back up, and price point make it too good to pass up.

Don't miss a deal at Udemy
Best offers at Farfetch
Discounts, Sales and Deals at TalkTalk Phone and Broadband
Save your money with EBay DE
Online-Shopping with Marks and Spencer
Best products at Intuit Small Business
Latest Posts