The big selling point with Intel’s first 10th-gen Core processors is the company’s new 10nm architecture, the result of a long journey towards shrinking down its production process. It’s a much more efficient design, which will lead to both power savings and better performance. But the next batch of 10th-gen chips, codenamed “Comet Lake,” won’t be taking advantage of that new technology. Instead, they’re more powerful 14nm chips meant for heavier workloads in thin and light machines.

This time around, Intel has finally brought a six-core/12-thread chip into the U-series family, the Core i7-10710U. That processor will feature a base clock of 1.1GHz, a single-core Turbo speed of 4.7GHz and all-core Turbo at 3.9GHz. Stepping down to the next model, the i7-10510U, you’ll get higher speeds (1.1GHz base; 4.9GHz single-core Turbo; 4.3GHz all-core Turbo) but only four cores and eight threads. 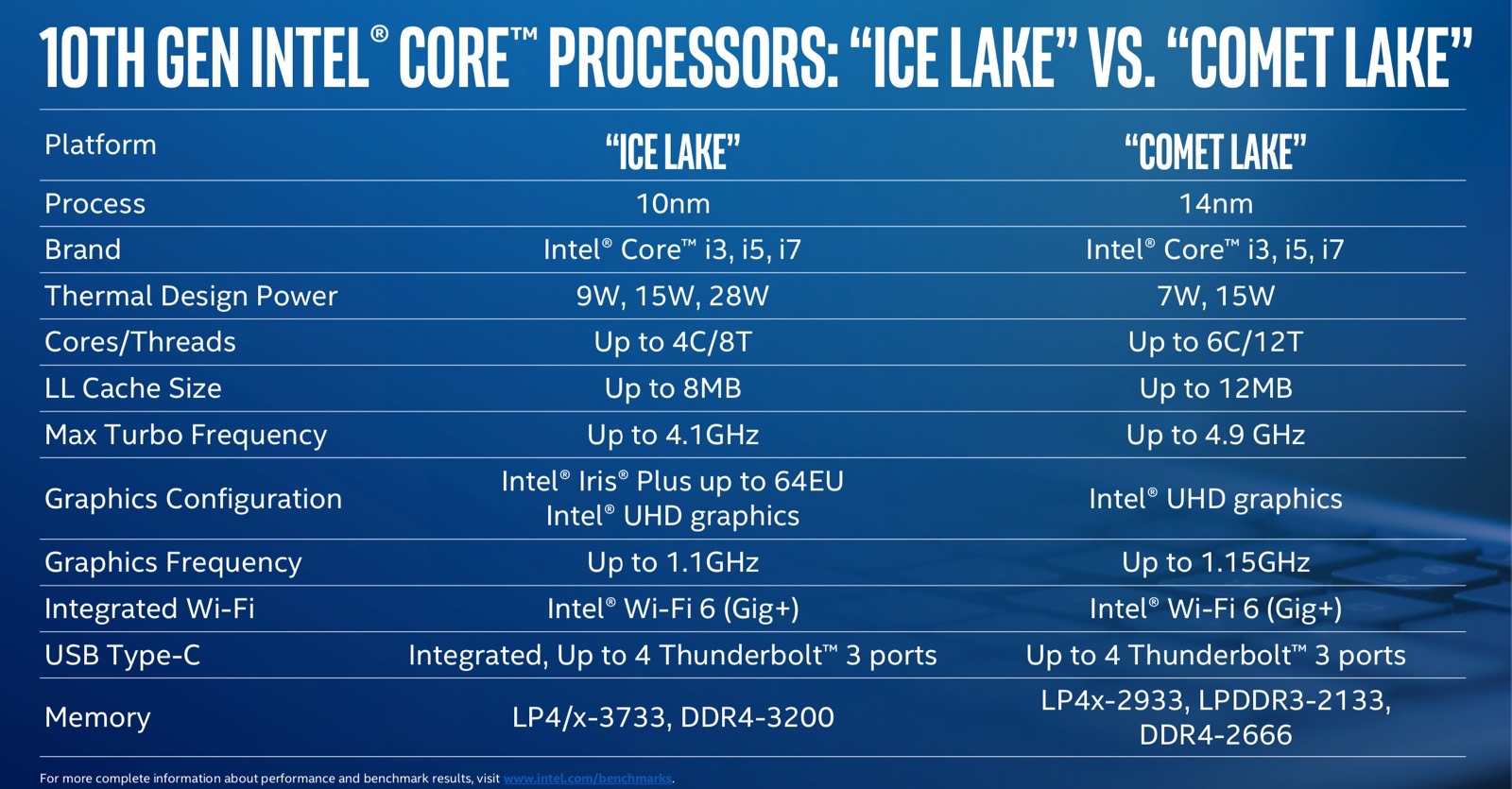 Intel says the i7-10710U is 16 percent faster than last year’s i7-8565U overall (the 9th-gen CPUs were focused on gaming laptops), and 41 percent faster when it comes to productivity and multitasking in Office 365. That’s a significant leap, but I wouldn’t rush to upgrade a year-old laptop. Even though these are all 10th-gen chips, since they’re based on the 14nm production process, they won’t get the speedy Iris Plus graphics found on the first batch of 10nm 10th-gen processors.

As usual, the U-series chips are meant for mainstream ultraportables like Dell’s XPS 13, while the Y-series are targeted at even slimmer machines and 2-in-1s. Those Y-series chips are also getting beefier this year, as every model except the i3 will offer four cores, eight threads and boost speeds beyond 4GHz. I’ve always found Y-series chips a bit too sluggish to use in a primary machine, but that might actually change this year. 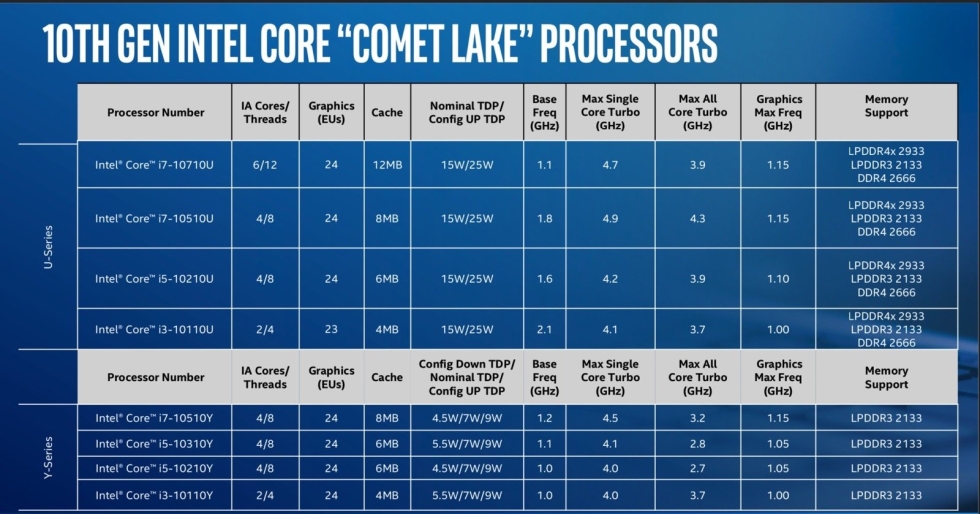 All of the new 10th-gen U and Y series chips will also offer faster memory interfaces than the previous 8th-gen chips, Wi-Fi 6 connectivity and Thunderbolt 3 support built-in. These aren’t life-changing upgrades, but they’ll still offer some nice speed boosts all around.

While it would have been nice to see these processors on Intel’s 10nm architecture, the company’s mobile general manager, Ran Senderovitz, said during a media briefing that that technology is still in transition. When it comes to building out its portfolio, Intel is more focused on delivering the best technology for user needs. “Customers aren’t caring about the nanometers of the performance, they’re caring about the performance,” he said.

You can expect to see machines powered by all of Intel’s 10th-gen Core CPUs, including MSI’s Prestige lineup, before the holidays.

0 0 0
Previous ArticleMophie Powerstation XXL review: This is the portable battery you're looking for
Next ArticleMoment launches 37mm Cine filters and mount for use with smartphone cameras
Comments (0)

Don't miss a deal at Nike DE
Best offers at Argos
Discounts, Sales and Deals at Marks and Spencer
Save your money with The Home Depot
Online-Shopping with Mobiles
Best products at John Lewis
Latest Posts