The Fujifilm X-E4 rumors have been building steadily throughout the Christmas holidays, ahead of the camera’s expected arrival in early 2021 – and the latest whispers suggest it could depart from Fujifilm’s recent articulating screen design.

Previous Fujifilm X-E4 rumors suggested that the compact APS-C camera will move on from the series’ fixed screen design, which opened up the possibility of it having a fully articulating display like the recent Fujifilm X-S10 and Fujifilm X-T4.

But fresh speculation from the reliable Fuji Rumors suggests that won’t be the case. The site’s source doesn’t specify what kind of screen the X-E4 will have instead, but it now seems likely to have the ‘invisible’ tilt screen seen on the Fujifilm X100V.

This would make sense, given where the X-E series has traditionally sat in Fujifilm’s line-up. The Fujifilm X-E3 from 2017 has more in common with the compact X100 series, thanks to its size and corner-mounted EVF, than larger interchangeable lens bodies like the Fujifilm X-T4.

That’s why our money is on the rumored X-E4 successor having the tilt screen seen on the X100V, which really complements the latter’s petite form factor by sitting flush with the back of the camera when it’s folded away.

Another alternative is that the X-E4 could have the three-way tilt screen seen on the Fujifilm X-T100, but Fuji seems to have moved away from this design. If the Fujifilm X-E4’s screen does indeed lack the ability to flip round to the front, then that could limit its appeal to solo filmmakers – but there are other models in the X Series lineup aimed at those kind of hybrid shooters. 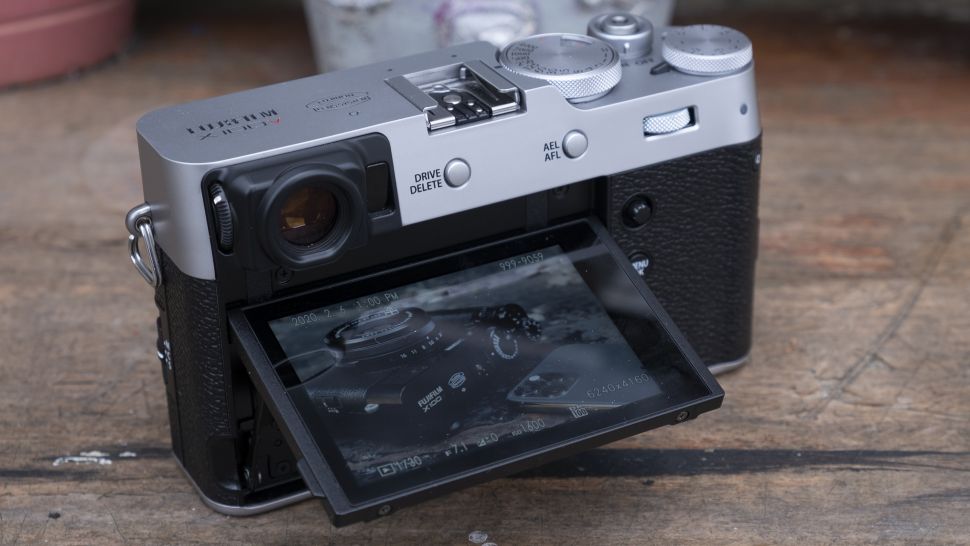 One for the purists?

So how do these Fujifilm X-E4 screen rumors fit with other speculation about the camera? They seem to lend credence to the idea that the camera will remain a stills-focused model aimed at those who want a large, APS-C sensor in a compact body that comes with a film camera-style design.

In many ways, the Fujifilm X-S10 broke the fairly rigid lines in the X series line-up by mixing features from most of the company’s cameras in an all-rounder bundle. This included an articulating screen, which is particularly popular among vloggers or anyone who does a lot of solo filmmaking.

But the X-E4 is likely to err on the side of the Fujifilm X100V’s ethos, only instead offering the flexibility of interchangeable lenses. Some earlier speculation raised the possibility of the X-E4 having in-body image stabilization (IBIS), but this seems unlikely given the current X-E3 is 2cm thinner than the X-S10 (Fujifilm’s smallest camera with IBIS).

It’s more likely that the X-E4 will, again like the X100V, bring new weather-sealing. Because the X-E4 is compatible with Fujifilm’s range of interchangeable lenses, it should be easy to turn it into a fully weatherproof setup by pairing it with one of Fuji’s ‘WR’ (weather resistant) lenses.

This is, of course, all speculation right now, but the growing rumors suggest a Fujifilm X-E4 launch is imminent. We’ll bring you all of the official news as soon as it lands.

Don't miss a deal at Sky
Best offers at Carphone Warehouse
Discounts, Sales and Deals at TalkTalk Phone and Broadband
Save your money with Farfetch
Online-Shopping with Boohoo
Best products at Nike DE
Latest Posts