The details below were provided by sources speaking with German tech site WinFuture and there’s also some further imagery of the handsets that we’ve included a glimpse of.

Some of the details provided here have been previously leaked by other sources too, but this just further helps solidify that information as accurate. The leak also suggests Samsung will be unveiling its new phone series on January 14, but that yet to be confirmed by Samsung.

As expected, if you’re buying the Galaxy S21 or Galaxy S21 Plusnin the US you’ll get the Qualcomm Snapdragon 888 chipset powering the phone and the Exynos 2100 will be doing the work in other locations around the world.

8GB of RAM is onboard both handsets, but you’ll have the choice of 128GB or 256GB of storage. This is a bit of a surprise here, but this leak also suggests the phone won’t come with microSD support. 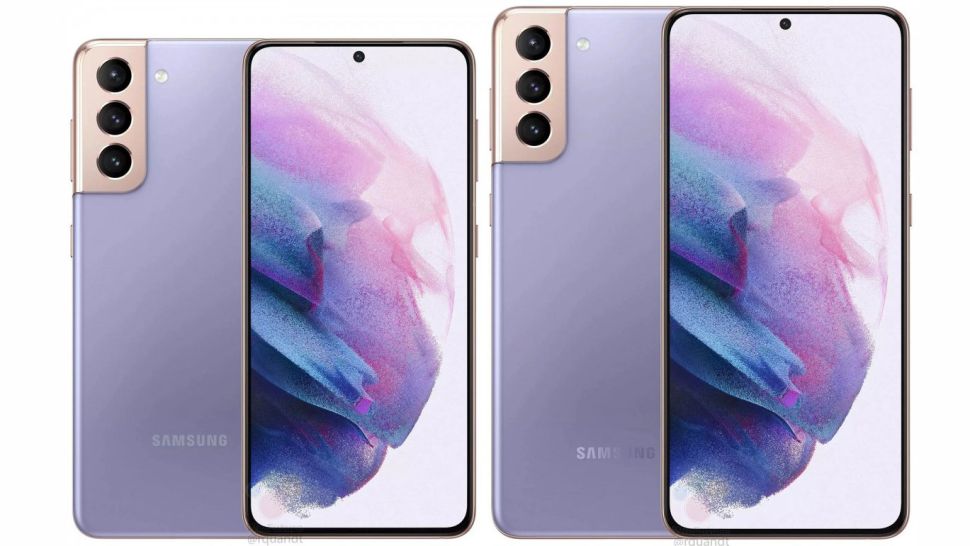 Android 11 is on the phone by default – although it’s in the form of the company’s own One UI 3.1 software – and each handset will come with a flat display so there won’t be curves at the edges.

Camera tech will be the same across both devices too, and the main sensor on each device will be a 12MP f/1.8 shooter. Each will also sport a 12MP f/2.2 ultrawide camera with a 120 degree field of view and there will be a 64MP telephoto shooter with 3x hybrid optical zoom.

On the front of each phone will be a 10MP selfie shooter. Each handset will come ready for 5G connectivity, and there’s yet to be any sign of a 4G variant of either device so we’re expecting this to be the default connectivity options.

The Samsung Galaxy S21 will sport a 6.2-inch Full HD+ AMOLED display with 120Hz refresh rate and a punch-hole camera in the center of the display, if this leak is correct.

What about the S21 Plus?

If you want the larger phone, you’ll get a 6.7-inch Full HD+ display with a punch-hole selfie camera and 120Hz refresh rate.

We’ve yet to hear accurate pricing information for the US, UK or Australia, although we hope to hear more on that from sources in the coming weeks.

All of this is leaked information so take it all with a big pinch of salt, but a lot of what we’ve heard here matches what we’ve previously seen and it seems like it has a strong chance of being accurate.

With many rumors suggesting January 14 is the big unveiling, we would expect to know more sooner rather than later so keep your eyes peeled for Samsung Galaxy S21 leaks and the official announcement.

0 0 0
Previous ArticleFujifilm X-E4 rumors suggest it could lack one of the Fujifilm X-S10's key features
Next ArticleAudeze LCD-1 planar-magnetic headphone review: The truth, the whole truth, and nothing but the truth
Comments (0)

Don't miss a deal at Sephora
Best offers at Carphone Warehouse
Discounts, Sales and Deals at Groupon
Save your money with Surfdome
Online-Shopping with The Home Depot
Best products at Intuit Small Business
Latest Posts