Vava’s VD009 dash cam takes some of the most detailed video we’ve seen—day and night, front and interior. We were slightly disappointed that it doesn’t feature Vava’s usual hockey-puck form factor, but given its features and performance—we’ll get over it. That’s a joke folks; it’s a very nice dash cam, even if it is a little pricey ($180 on Amazon).

The VD009 has a cylindrical body housing a 2560×1600, 155-degree field-of-view front camera (Sony IMX33 sensor) and a 1920×1080, 126-degree FOV interior camera (Sony IMX307). The mount is a very effective suction type, however, part of its effectiveness is due to the very sticky material the cup is made of. Be careful to avoid schmutz (hair, fuzz, etc.) after you remove the protective film.

The interior camera is surrounded by four infrared lights for better night captures in the cabin. Interior captures have become increasingly important to ride givers (and passengers) for documenting behavior. YouTube has some fascinating examples of why this is a good idea.

A 2-inch LCD faces the driver, with four buttons on the bottom of the camera for navigating the menus—a pretty standard arrangement. I wasn’t particularly impressed with the low-res text. The mini-USB power port and SD card slot are on the top of the camera, just above the display. The VD009 ships with a dual-port auxiliary USB adapter. (One of my least favorite things is a dash cam power adapter that hogs the auxiliary outlet.)

The VD009 carries forward one of our favorite Vava innovations—24-hour parking surveillance without hardwiring. There’s a 320mAh battery inside that will run the camera in standby mode for a day or two, waking it by g-sensor and taking 15-second videos when necessary. I still recommend a OBD-II power cable, but the battery is fine for overnight parking. The large battery also allows for a lot of capture time after power is removed. Up to five minutes may be set, though the default is five seconds. 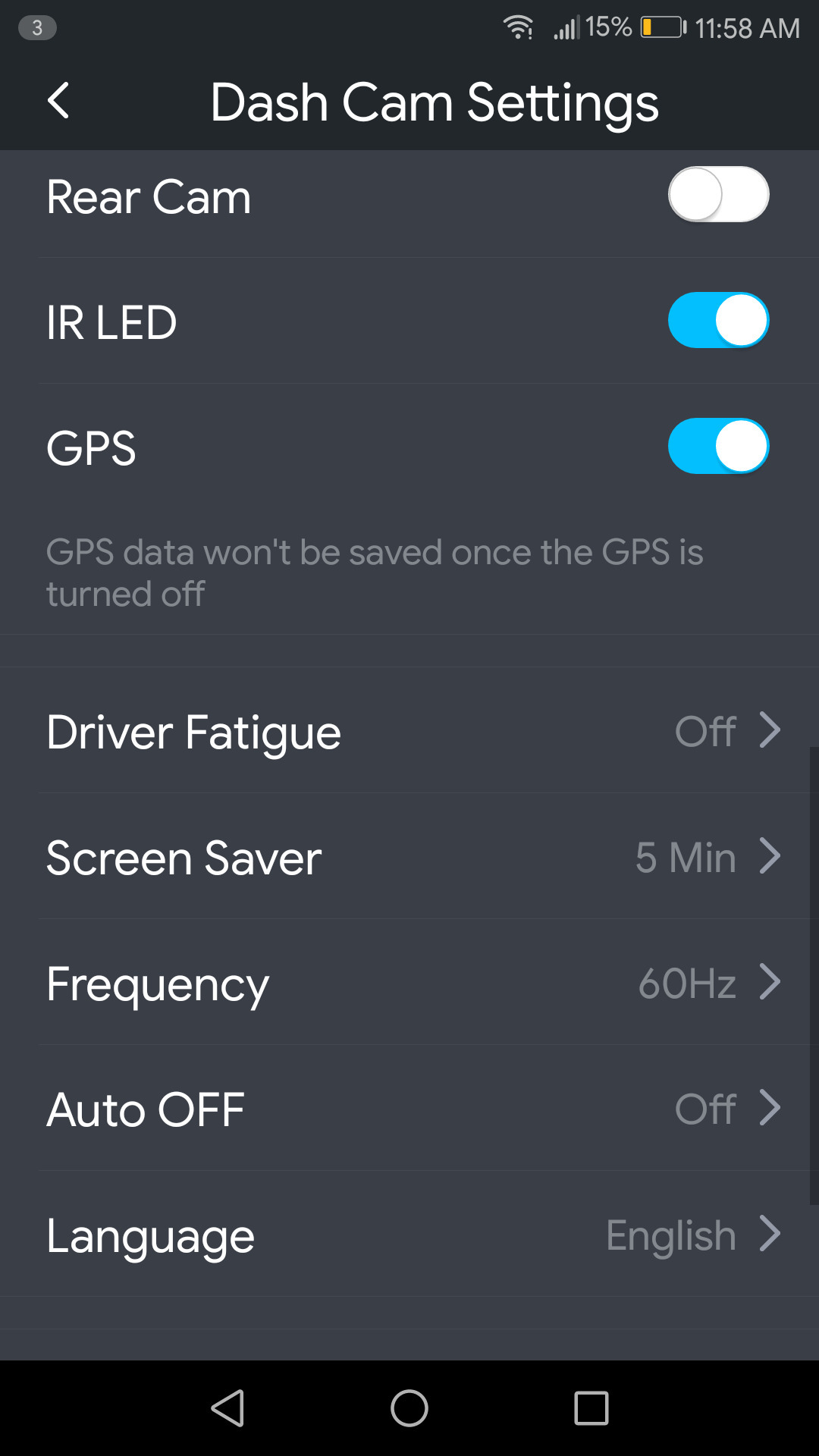 GPS is integrated into the power cable, which eliminates the extra cable required with many cheaper units. An Android/iOS app is provided for adjusting settings more easily, as well as capturing video and images to your phone. The latter requires a Wi-Fi connection between the camera and the phone so you won’t be able to access the Internet via Wi-Fi while it’s in use. Some newer dash cams such as the Nexar Beam work around this by using Bluetooth.

There’s little to complain about with the VD009’s video. There’s a bit of moiré and ever-so-slight pixel flicker while the video is in motion, but this also translates into excellent detail, which you can see in the static captures below. While it might not be optimal for a travelogue, it’s exceedingly handy for legal purposes. And that’s what dash cams are for.

Beyond that, the color is rich and motion stabilization over bumps is pretty good. There’s hardly any fisheye either, which is hardly a given with a wide-FOV camera. 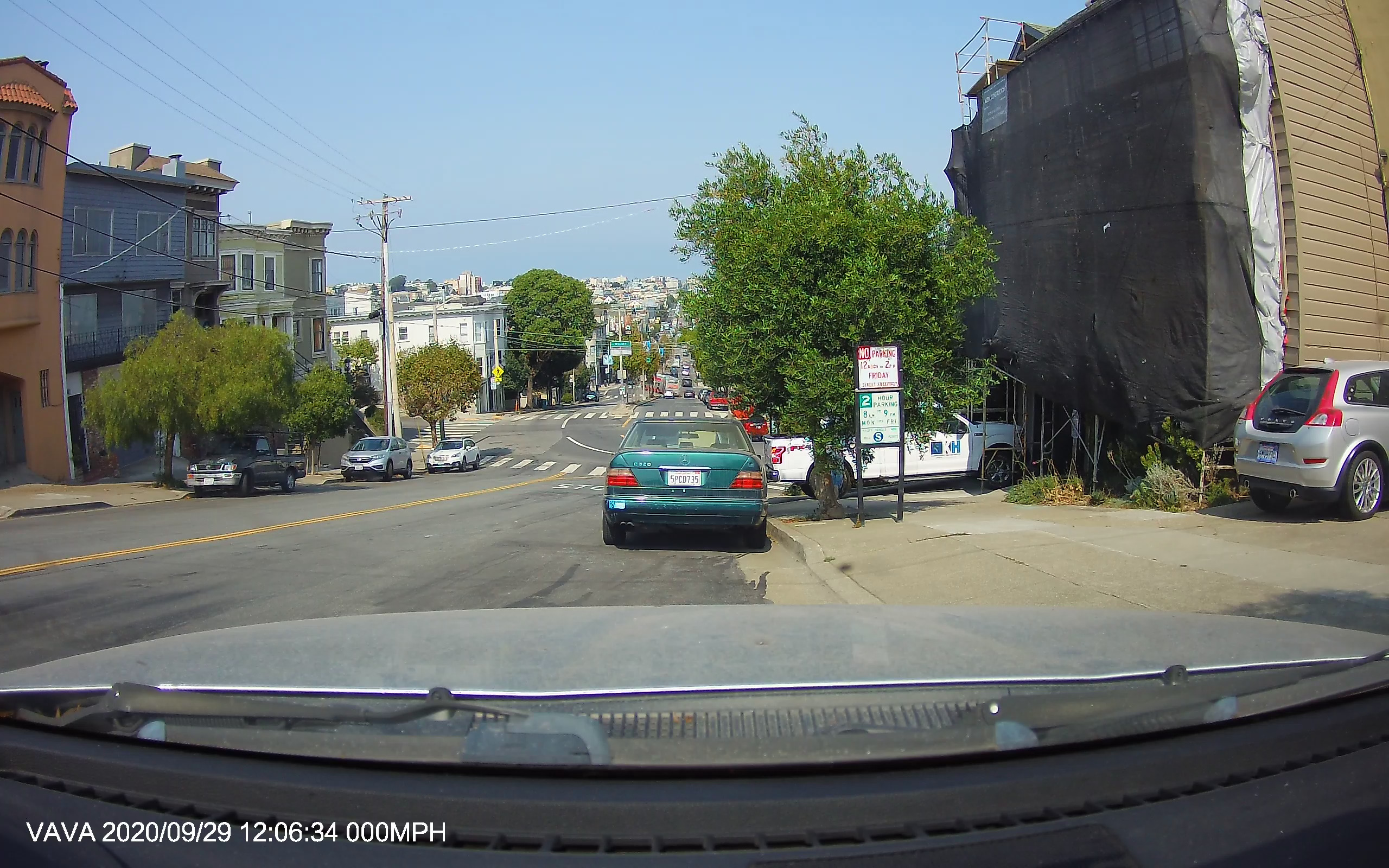 I was parked for most of these captures, but the VD009 captures just as much detail when the car is moving. 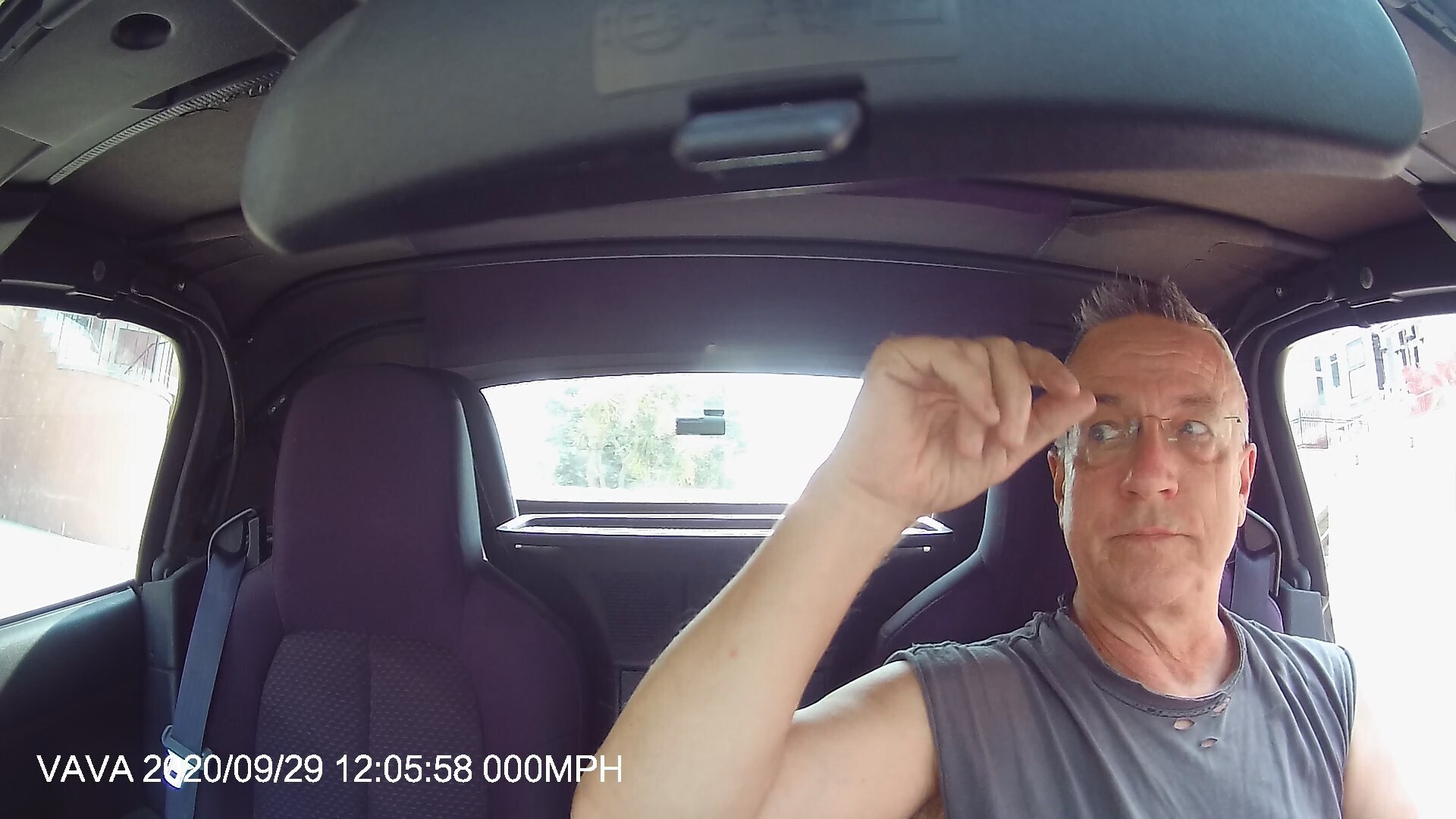 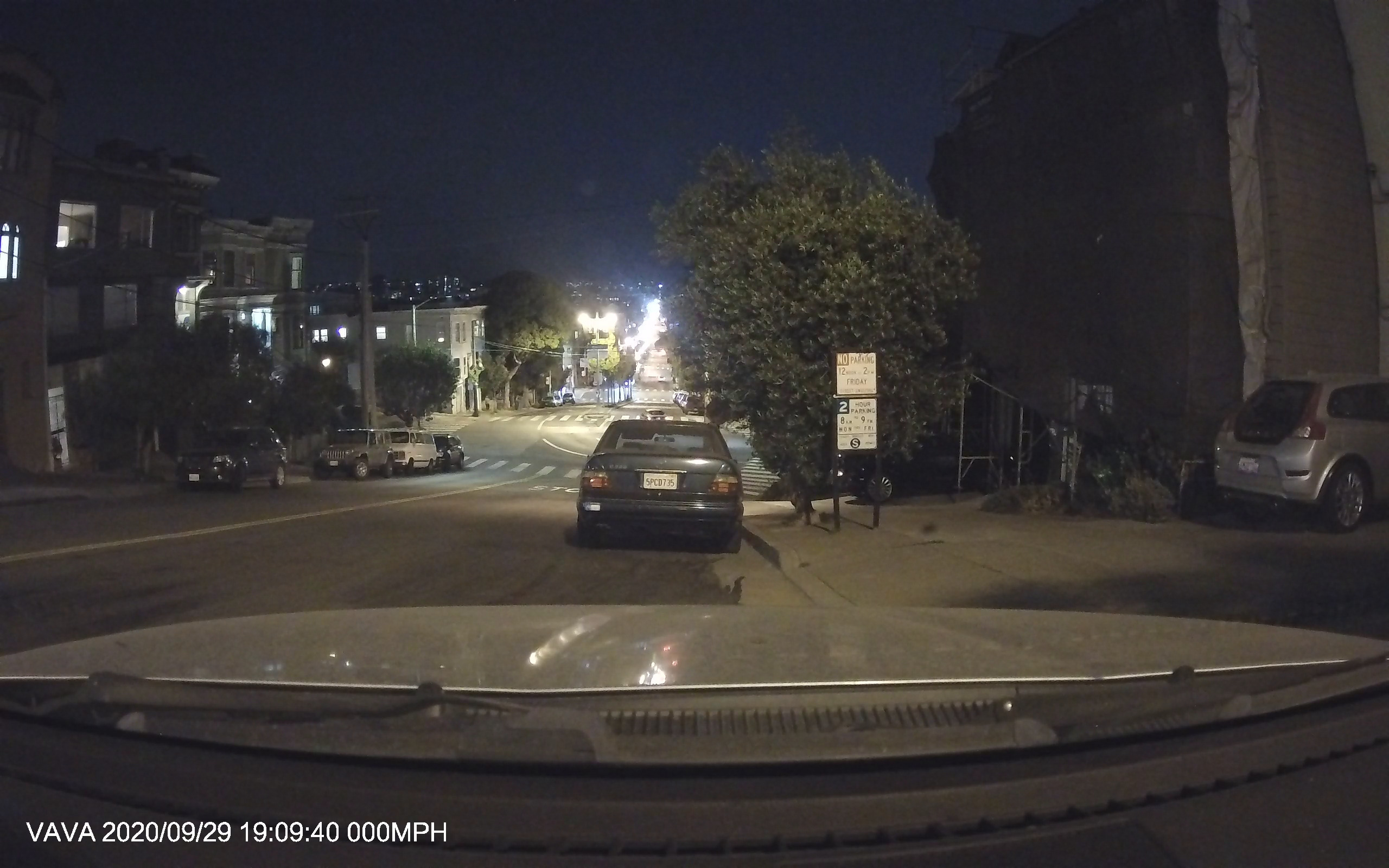 As you can see from the night exterior capture above, the Sony sensor captures an extraordinary amount of detail, both directly ahead and in the surrounding area. This scene appears much brighter than it does to the naked eye. 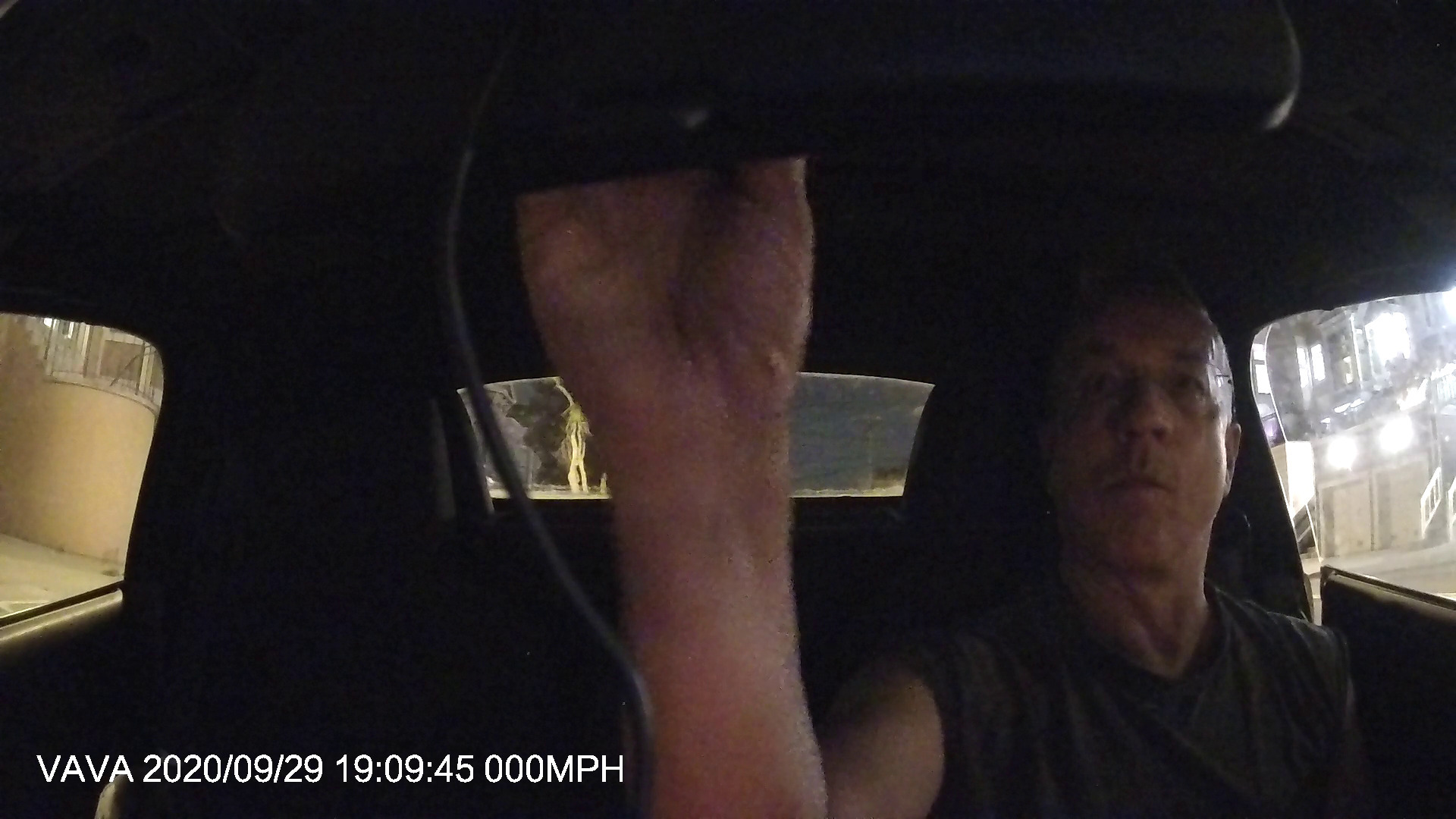 I must say that I didn’t do my best job taking interior video with the VD009. Regardless, given the lighting, there’s a lot of detail visible. This is a two-seater vehicle with a black interior.

The 2K VD009 is a tad pricey, but there’s no arguing with the quality of camera or its video. It’s one of the better front/interior units we’ve tested.

The Vava VD009 produces highly detailed day and night front/interior captures, and its large battery allows parking surveillance without hardwiring. It even comes with an app. It’s a slightly pricey but excellent dash cam from a long-term, reliable vendor.

Don't miss a deal at The Home Depot
Best offers at Turbo Tax
Discounts, Sales and Deals at Groupon
Save your money with John Lewis
Online-Shopping with Farfetch
Best products at Surfdome
Latest Posts