The Fujifilm X-T4 is a portable, powerful 4K video rig

I recently had an opportunity to shoot a short video while on vacation in New York, so decided to take the X-T4 with me. It’s a pre-production unit but one we’ve been told is close enough to final spec that we can show the video from it, so it seemed like a chance to put in some hours on the camera as we await a fully reviewable model.

I don’t regret that choice. Traveling for four days to a considerably colder city meant my carry-on luggage was already full, so any camera gear I wanted to take needed to fit under the seat in front of me on the plane. I’m 1.85m (6’1″) tall, so I’m already a bit pressed for legroom on US domestic flights, but I was able to fit the camera, a lens, my laptop and an SSD in a small, slim camera bag – everything I need to shoot and edit – and slot it vertically between my feet.

Much as I was impressed by the Panasonic S1H, I couldn’t have fitted it in my bag: not with an appropriately flexible lens. The same is true of the X-T3: adding either a tripod or a gimbal would have meant paying bag fees on my trip.

In general, the footage lives up to the standard I’ve come to expect from the X-T3: very, very good. I shot the whole video in a combination of Eterna or F-Log, for the higher contrast scenes, safe in the knowledge that I had Fujifilm’s F-Log-to-Eterna LUT saved on my laptop to get a good color match with minimal effort.

The shoot itself went pretty smoothly, with no temperature concerns (no single clip is longer than 10 minutes but I shot around 30 minutes of footage essentially back-to-back). I remembered to pack the headphone dongle, so was able to monitor the audio, meaning I noticed when interference between the radio mic’s transmitter and receiver threatened to interrupt the interview recording. 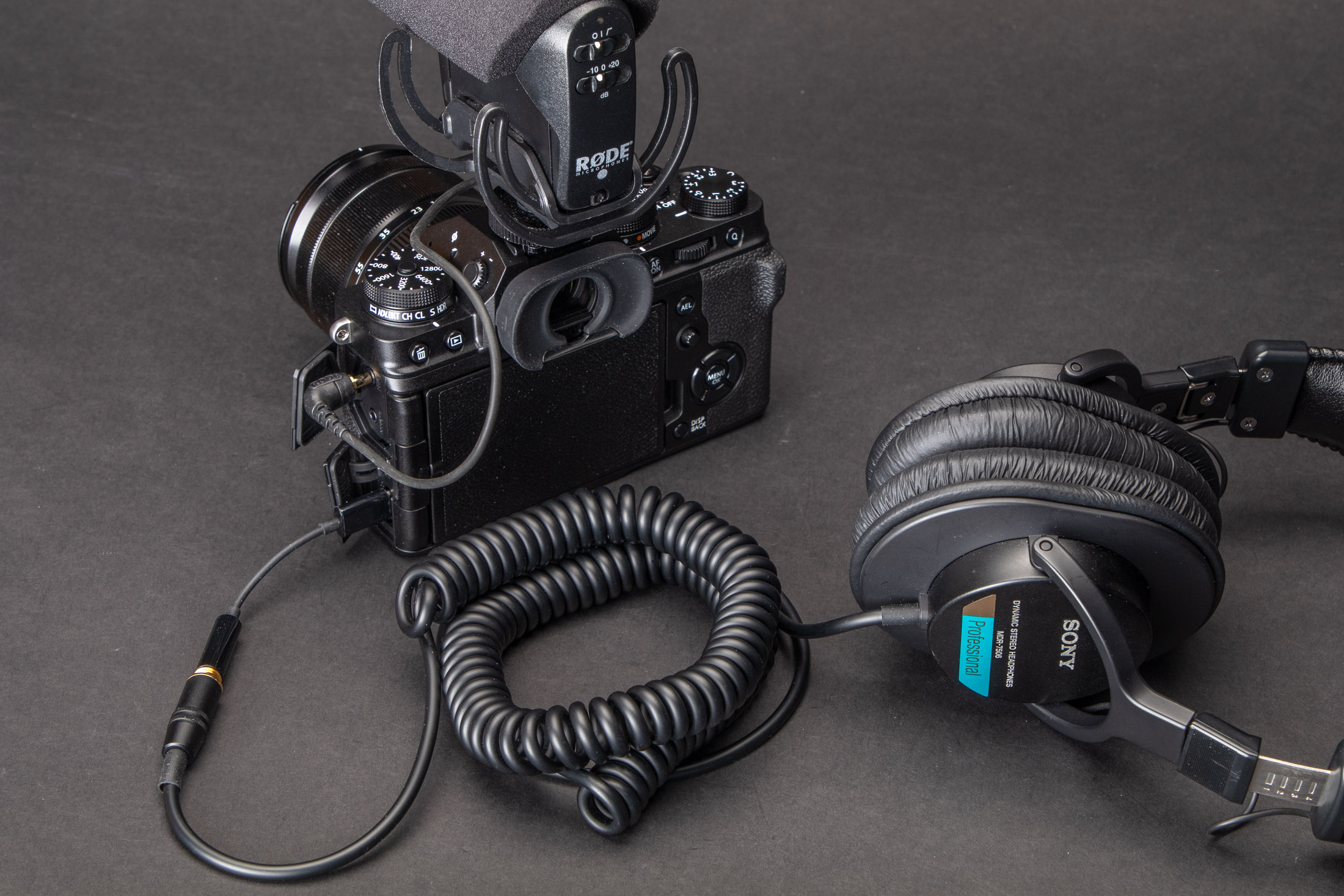 The camera’s stabilization is really rather good, too. There’s none of the ‘grabbiness’ that was apparent the last time I shot with the X-H1, and it was my lack of technique, rather than the camera, that undermined some of the movement in the final video. At least on the pre-production camera, I didn’t see an appreciable improvement in the IS when I switched the ‘Boost’ mode on. Here I’d expect the camera to try more vigorously to maintain the original framing, but I found any difference hard to notice. I’ll try Boost IS again with ‘In-body + Digital IS’ on a future project.

One big thing I did notice, though: a camera that shoots video this good really needs better exposure tools. It’s got zebras, to let you interpret when things are clipped or near clipping, but not much more than that. With a bit of fiddling you can set them to check skin tones or a grey card but they can’t be set below 50%, and in F-Log mode your middle grey is supposed to be below 50%. Still, the new F-Log Assist function meant I was able to make a reasonable assessment by ‘eyeing’ the corrected preview, which was hugely useful. Having got used to using waveforms on the GH5S and S1H, I found myself really missing them here.

Similarly, I found myself wanting the ‘shutter angle’ option from those cameras. Having to manually navigate from 1/48 sec shutter speed to 1/120 sec every time I switched from 24p to 60p shooting was an extra step that I wouldn’t have to make on the Panasonics. And an extra opportunity to get something wrong. 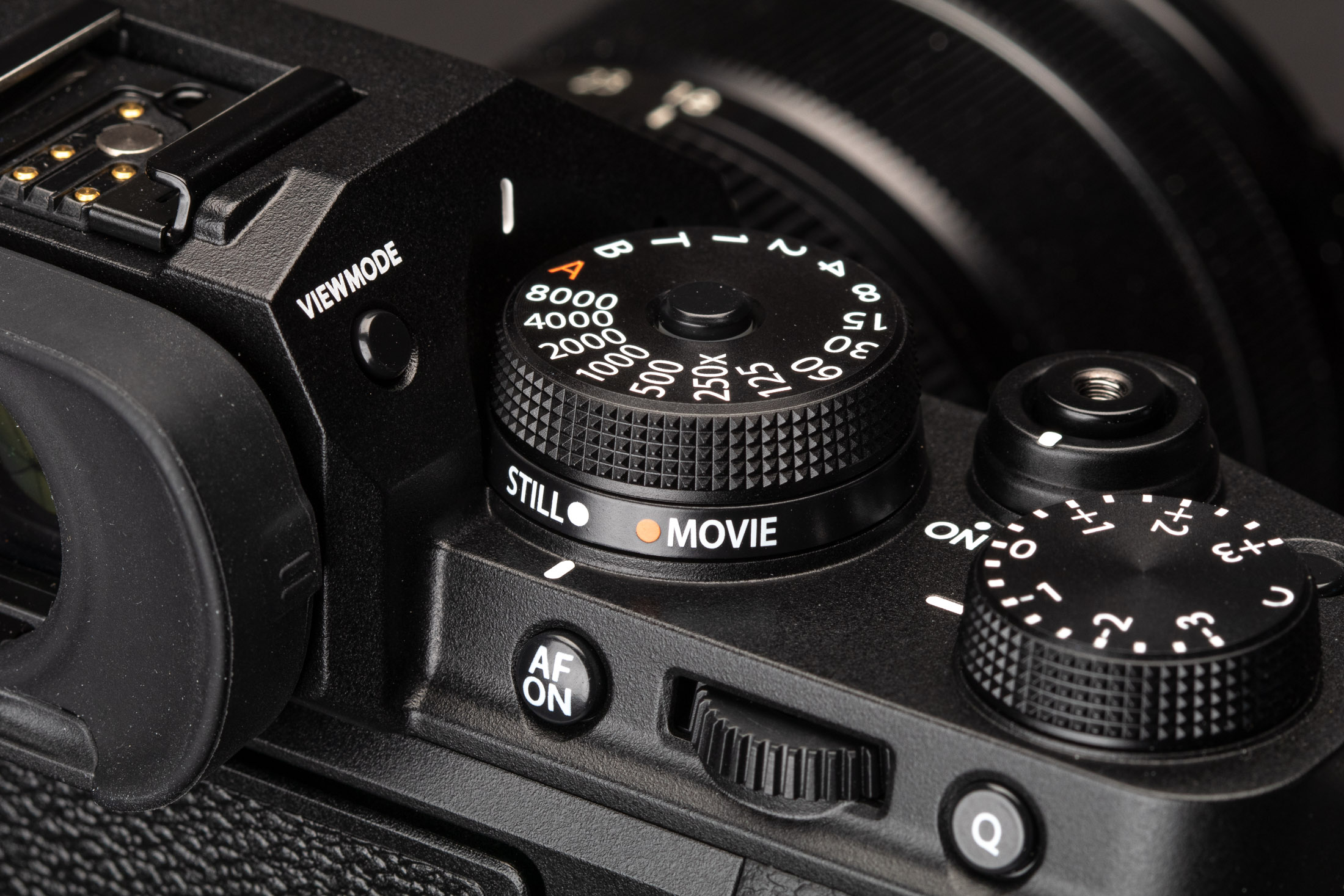 As I always try to make clear, I’m learning as I go along, and this inevitably means making mistakes. Perhaps the most important lesson I learned on this project was to bring more memory cards than you think you need. I thought a 64GB card would be sufficient for a two minute video, but then decided to shoot the interviews from two different angles, doubling data requirements.

It was enough to force me to drop down to use the camera’s 200 mbps Long-GOP compression, rather than the maximum 400 mbps ALL-I mode. Apparently the difference is enough that you can begin to risk macro-blocking compression artifacts in high data scenes (F-Log scenes with finely textured suiting are more data-intensive than I realized).

One of these days I’ll get everything right. One of these days I’ll even remember to capture some ‘room tone’ to plug the gaps in between subjects talking. But for now I’ll keep enjoying the learning journey – a journey on which the X-T4 makes for a supportive traveling companion. I certainly look forward to having it with me on my next trip.

Don't miss a deal at Argos
Best offers at FNAC
Discounts, Sales and Deals at EE Mobile
Save your money with Virgin Media
Online-Shopping with Myprotein
Best products at Microsoft Store
Latest Posts