MWC 2017 means new flagship phones and Sony is no exception. You might still be waiting for the Xperia Z6 but you might want to let that go and get to know the new Xperia XZ Premium. Here’s our Sony Xperia XZ Premium hands-on review.

It might be less than six months since Sony launched the original Xperia XZ but we have a new one already. Whether you want to call it the second-generation model or not is up to you, but the XZ Premium is the firm’s new flagship smartphone for 2017. The firm also announced the XZs in Barcelona but this smaller and more mid-range model won’t be coming to Europe.

A key thing we don’t know at the moment is the Xperia XZ Premium price but we can tell you that it will arrive in ‘Spring’. The XZ launched at £539 so you can expect this phone to be more expensive, quite possibly over £600.

Note: The Xperia XZ Premium we saw ahead of MWC didn’t have final working software so we’re limited on what we can say.

Like the Z5 range, the XZ Premium is a bigger version of the XZ which some higher specs (see below). It uses a similar ‘Loop Surface’ design which aims to mimic a seamless tube of glass. The main thing is is the very rounded side which feel nice and we also like the bevelled metal top and bottom.

As if it makes any difference, the phone is a tiny 0.2mm thinner at 7.9mm but is a fair amount heavier at 195g – this is mainly due to a larger screen and bigger battery which might be a trade-off you’re fine with.

The XZ Premium is IP68 rated like many previous Sony phones which is necessary to compete with rival flagships and does include a 3.5mm headphone jack which is becoming less common. 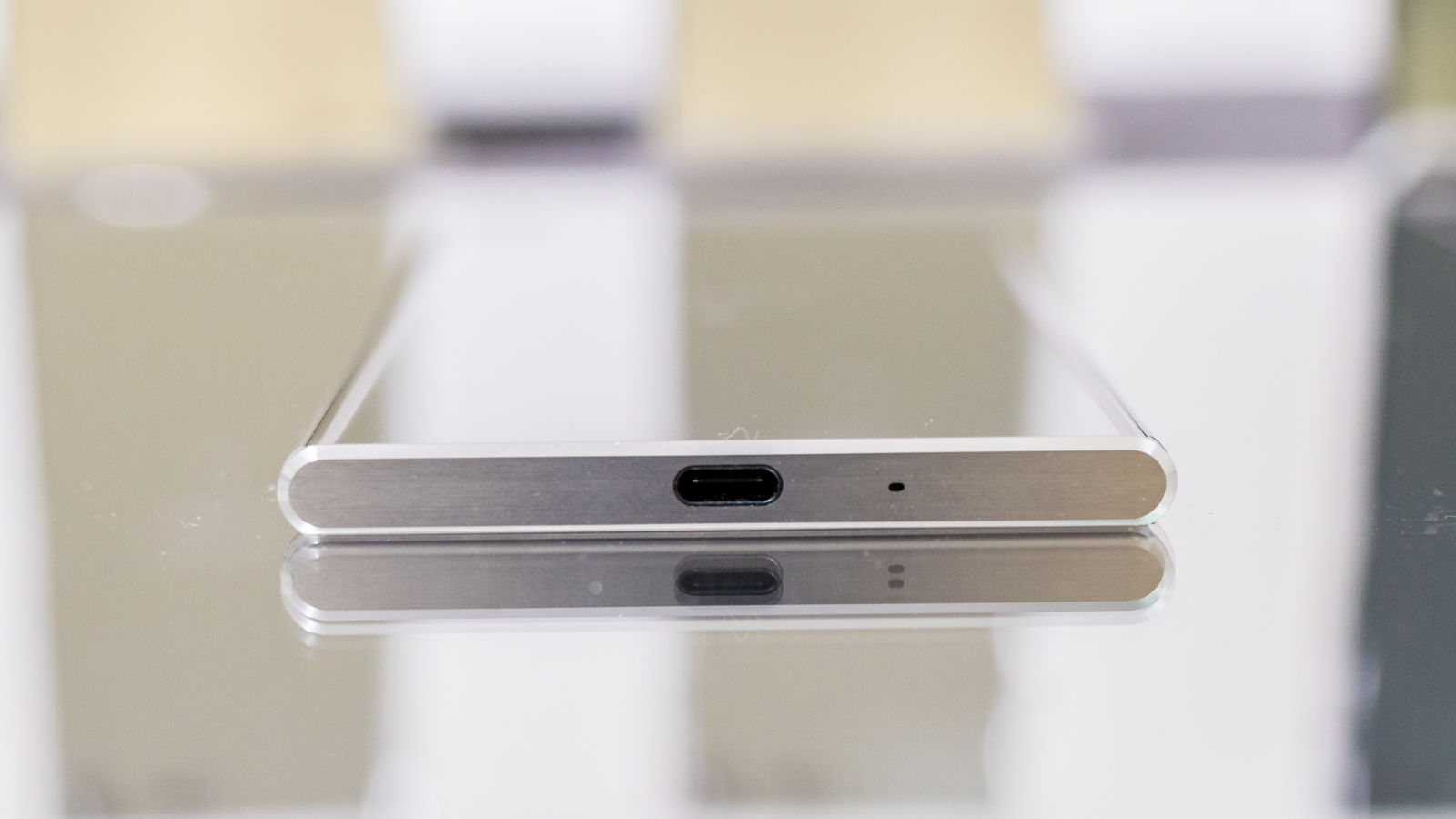 Sony has decided, quite literally to mirror, the style of the Z5 Premium. Both colour options, Deepsea Black and Luminous Chrome, are highly reflective and get grubby as soon as you pick the device up. It’s shame there isn’t a matt version for those who aren’t keen on this look – in our experience with the Z5 Premium, that’s a lot of people.

Sony has also announced a pink version of the phone if you don’t want the chrome or black. 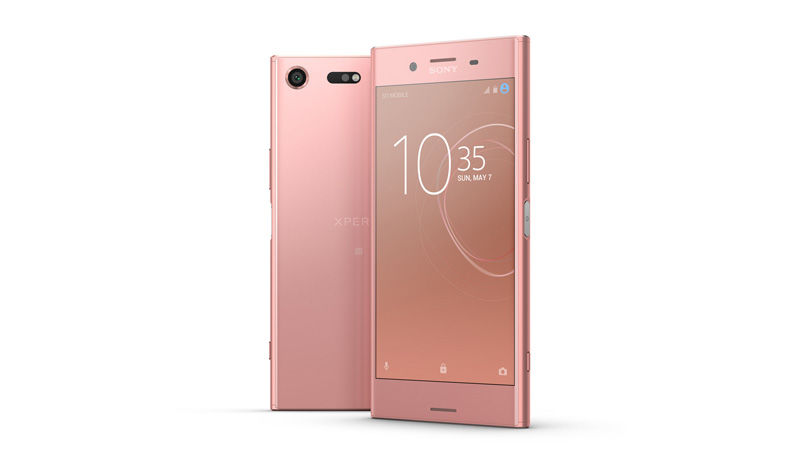 One of the main things the XZ Premium borrows from the Z5 Premium is the large 5.5in screen with a 4K resolution. That means the device is bigger than the original as mentioned earlier. In our review of the Z5 Premium we concluded that you don’t really need a 4K screen on a phone, but the XZ Premium has an additional feature that might tempt you.

It supports 4K HDR like many TVs and lends technology from Sony’s Bravia range. Sony says HDR provides better colour, contrast and detail. However, you’ll only be able to take advantage of this with selected titles on Amazon Prime Video like The Grand Tour and The Man in the High Castle. 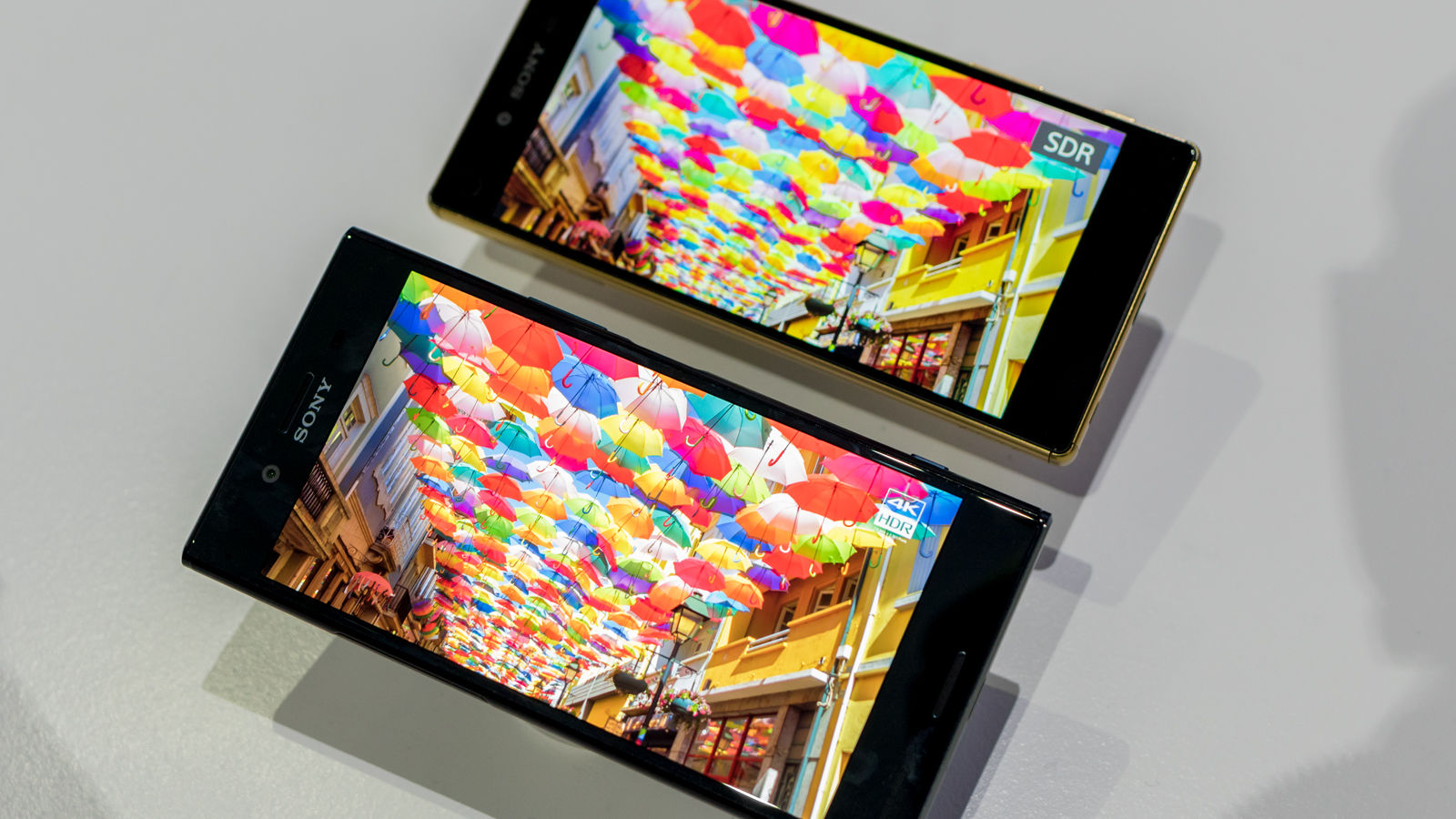 While the screen is certainly brighter and more colourful compared to the Z5 Premium, the display when utilising HDR can look a little bit over the top because of the intense colours. (note that it’s difficult to capture the difference in a photography).

Despite rumours of Qualcomm’s latest chip being reserved for the Samsung Galaxy S8, Sony has put it inside the Xperia XZ Premium. The Snapdragon 835 uses a 10nm process and should offer better performance and battery life. We haven’t been able to use the phone enough to comment on either yet but Sony only goes as far as to say ‘reliable all day battery life’.

According to a score posted in Geekbench, performance is very much the same as that of the Galaxy S8, which isn’t entirely surprising. The Xperia scored a little lower in the multi-core component (5824 vs 6106) but higher in the single-core test (1943 vs 1915). We’ll be conducting our own benchmarks when we get the XZ Premium into our lab.

It’s good to see 64GB of storage as standard and Sony continues to offer a Micro-SD card slot so you can add more. The XZ Premium comes with a healthy 4GB of RAM.

Plenty of specs from its predecessor remain including the fingerprint scanner, USB-C (now v3.1), NFC, Bluetooth 4.2. The larger device means the battery capacity is higher at 3230mAh – not quite as big as the Z5 Premium though. 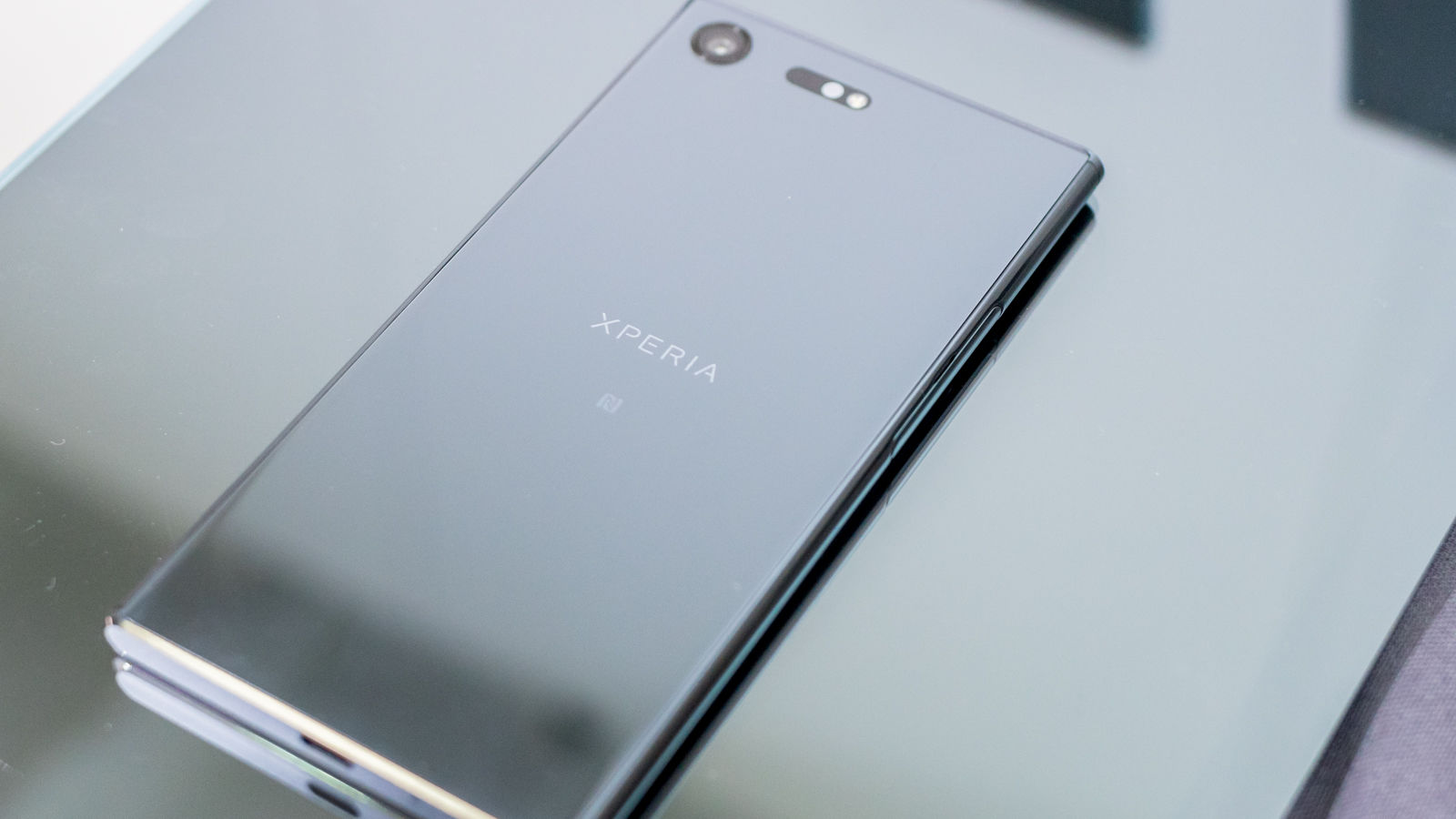 It’s the camera that Sony is really pushing here, aside from the 4K HDR screen. The resolution has dropped to 19Mp but the firm has some interesting innovations here in what it calls the ‘Motion Eye’ camera.

You might be surprised that the resolution has dropped but pixels are 19 percent larger compared to the XZ so that will help in low light. The XZ Premium is the world’s first phone to offer super slow motion video at a whopping 960fps. We tried this on the XZs and the effect is pretty spectacular but it can’t record for long so timing it right is extremely difficult.

Another handy feature is predictive capture where the phone detects motion and takes four photos before you’ve even hit the shutter button. We haven’t been able to try this yet and while it sounds great, we wonder how quickly it will fill the storage because of things like people getting into position for a photo etc.

We’ll put it through its paces when we get a final sample. The front camera remains at 13Mp with an f/2 aperture and 22mm lens.

There’s not much we can say about software at the moment but the entire 2017 range including the XZ Premium will come with Android 7.0 Nougat out of the box with Sony’s usual interface. We do know it will support PS4 Remote Play like previous phones.

We’ve not had enough time with the XZ Premium to give a verdict yet. We also need the price so come back soon.

0 0 0
Previous ArticleHTC U 11 Tipped to Ditch 3.5mm Headphone Jack, Bundle USB Type-C Adapter
Next ArticleStephen Hawking warns we must leave earth - within the next 100 years
Comments (0)

Don't miss a deal at Argos
Best offers at Vimeo
Discounts, Sales and Deals at The Home Depot
Save your money with Vodafone UK
Online-Shopping with Microsoft Store
Best products at Brian Tracy
Latest Posts