The Sony FE 35mm f/1.4 GM is an incredibly versatile lens that could arguably be used for more photographic genres than any other focal length. Despite some minor vignetting issues, image quality is excellent overall. And while it’s certainly expensive, this lens is more than good enough to be a compelling new option for owners of A7 and A9-series cameras.

Last year was a great one for owners of full-frame Sony Alpha cameras, thanks to the release of some seriously impressive lenses that finally filled some gaps in the company’s FE lens line-up. The latest addition is the Sony FE 35mm f/1.4 GM, a new premium option that will sit above the Sony Distagon T FE 35mm f/1.4.

The 35mm focal length is a classic one that sits between wide-angle 28mm and the standard 50mm, and is used for a variety of photographic genres. The combination of the focal length and the fast f/1.4 maximum aperture means the Sony FE 35mm f/1.4 GM will be of serious interest to portrait, street, wedding, landscape and astro photographers. But how does it perform? 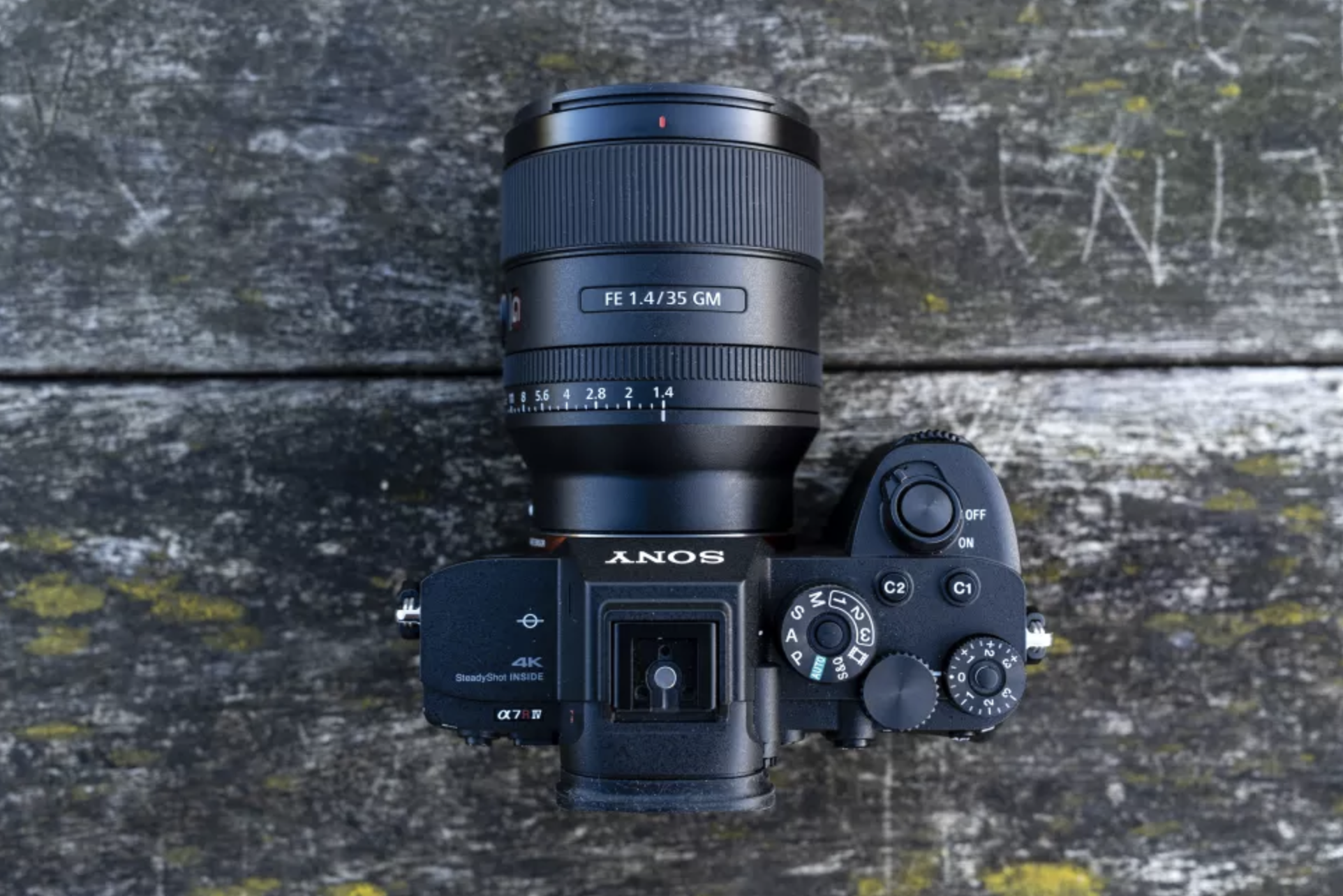 The 35mm f/1.4 certainly isn’t a cheap lens, but let’s not forget that it’s a G Master creation that’s aimed at professional photographers and videographers.

To appeal to both of these shooters, the lens features a manual aperture ring that can be set to stepped for photographers with third stop increments, or stepless for videographers, as well as an ‘A’ setting, so that aperture can be controlled from the camera instead.

The manual focus ring is smooth with a comfortable amount of resistance, with an internal focusing mechanism so the lens remains fixed. Plus, the front element doesn’t rotate, which is ideal when using filters on the 67mm filter thread. 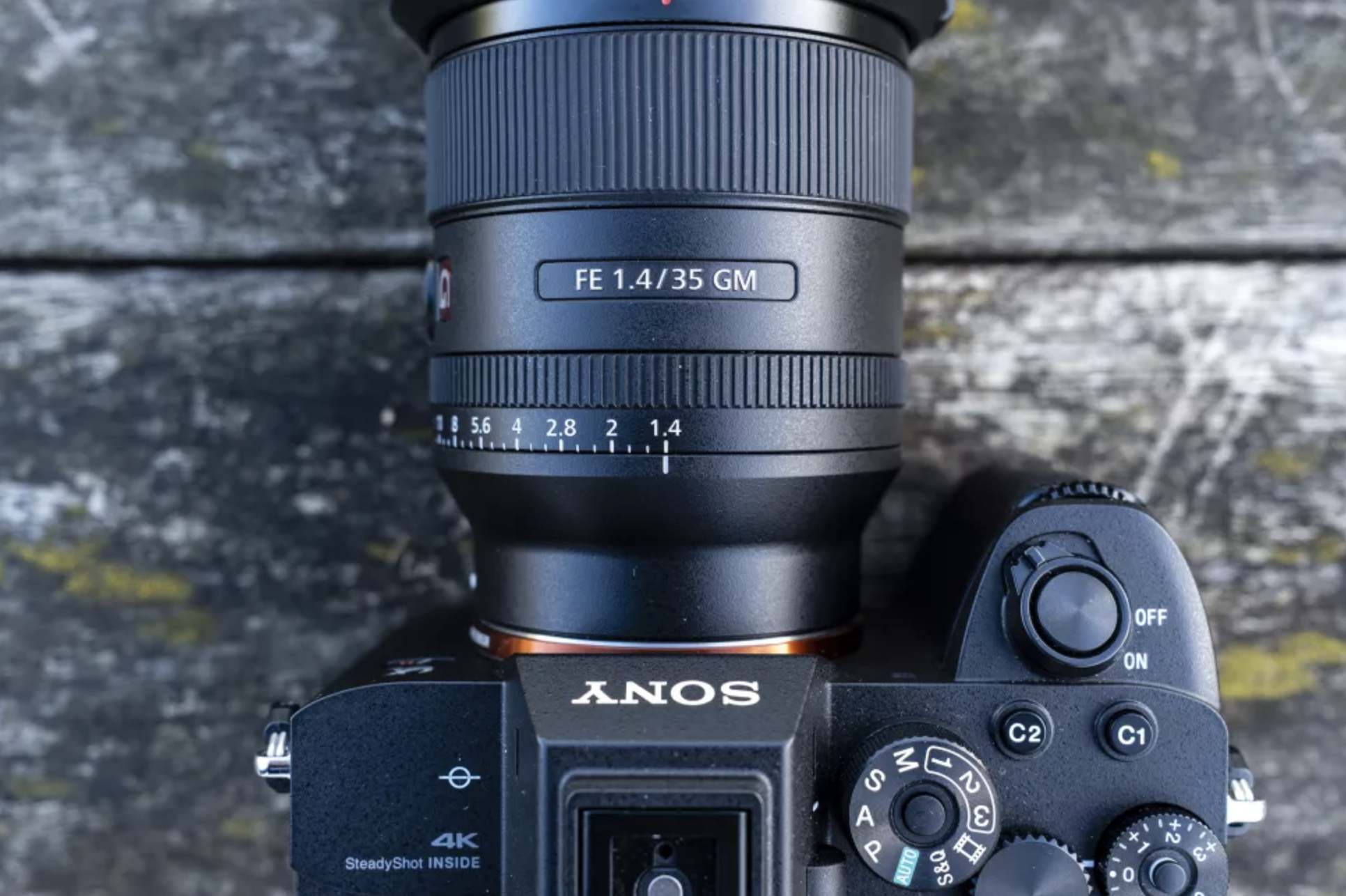 As a G Master lens, the 35mm f/1.4 is dust- and weather-resistant, with seals on all buttons and rings, so photographers can be confident when using the lens in inclement weather. The construction is a mixture of metal and plastic, as is the norm for many lenses, but this doesn’t detract from the premium look and feel you’d expect from a G Master lens.

The FE 35mm f/1.4 GM feels comfortable in the hand and the size and weight balances perfectly with Sony A7 and A9 series camera bodies, thanks to a weight of 524g and dimensions of 96x76mm. This is both smaller and lighter than the Distagon T FE 35mm f/1.4, which weighs 630g and measures 112×78.5mm. 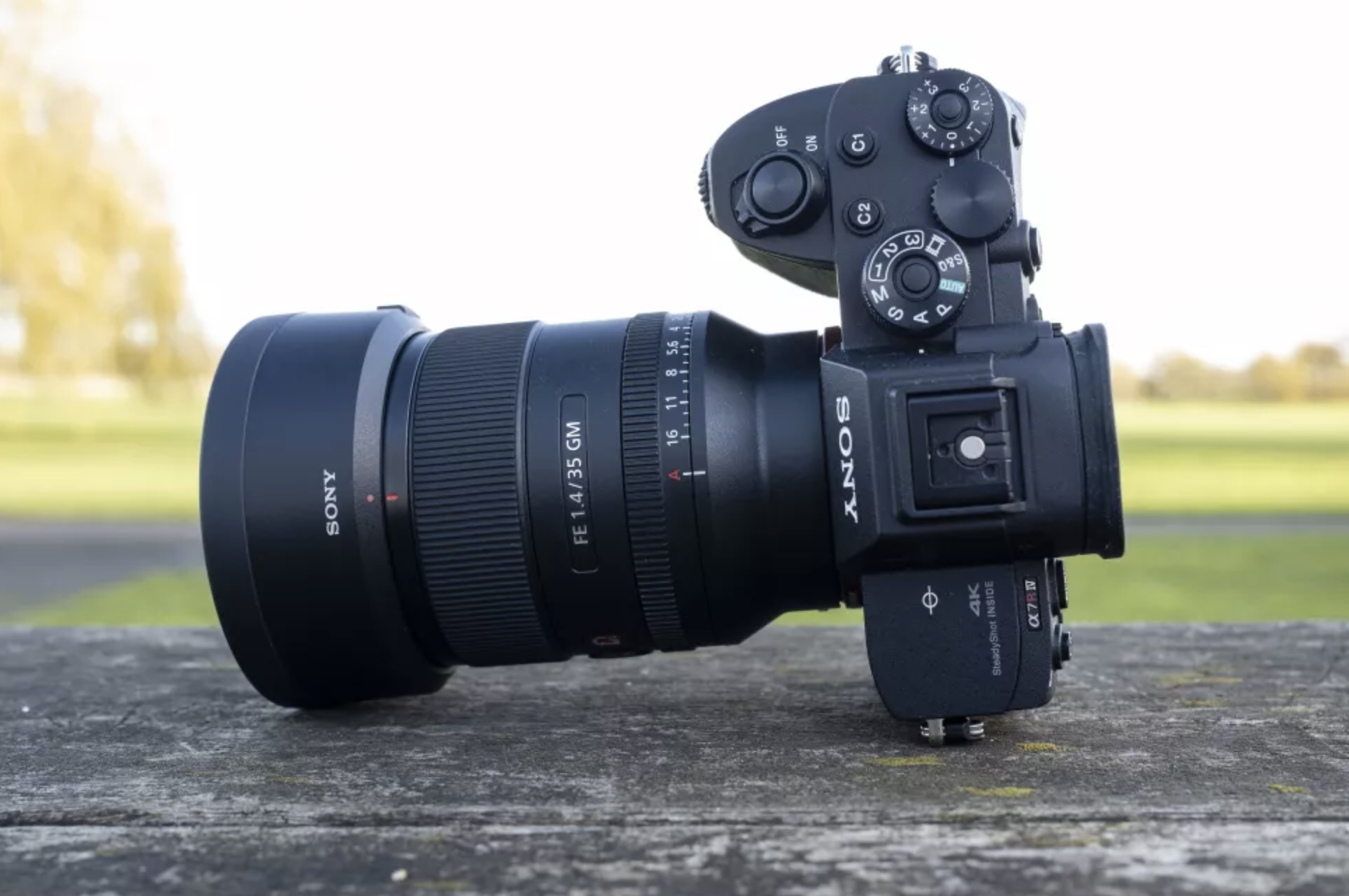 Further bolstering its premium credentials, the 35mm f/1.4 employs two XD linear motors for fast and quiet AF, which is incredibly fast and near-silent – the lens certainly performs well in this area.

In terms of the lens construction, two of the elements are XA (extreme aspherical) ones that are said to help achieve edge-to-edge sharpness, while another is an ED (extra-low dispersion) element which is used to suppress chromatic aberration and purple fringing. 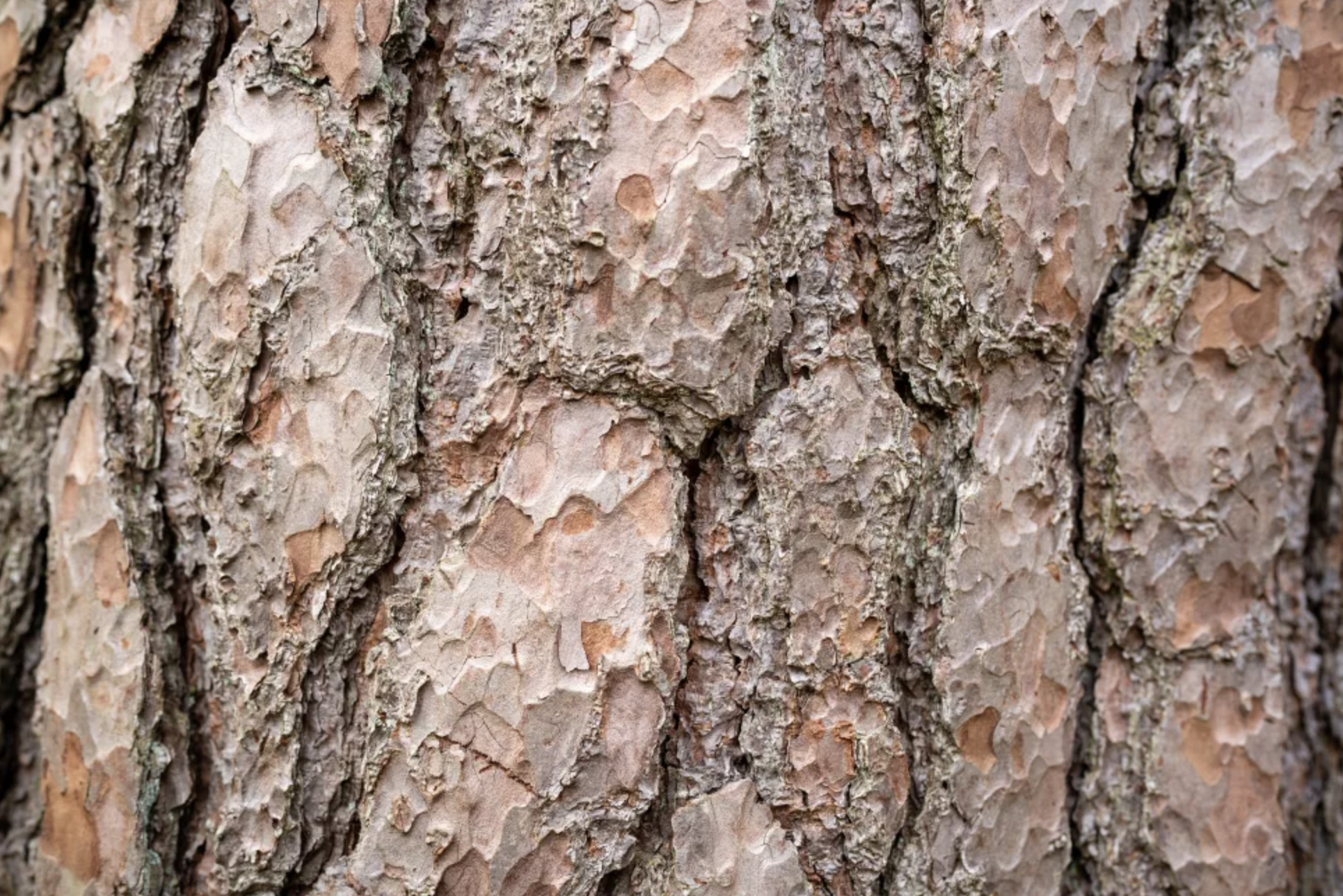 Other lens features include a Nano AR Coating II to minimize internal reflections and to help stop ghosting and flare when shooting towards light sources, while a fluorine coating on the front element helps prevent fingerprints, dust, water and oil.

While the latter is always a welcome feature, it’s always preferable to keep all contaminants away from a lens front element, and the included lens hood is one method of doing so, as well as for helping to stop stray light from entering the lens. 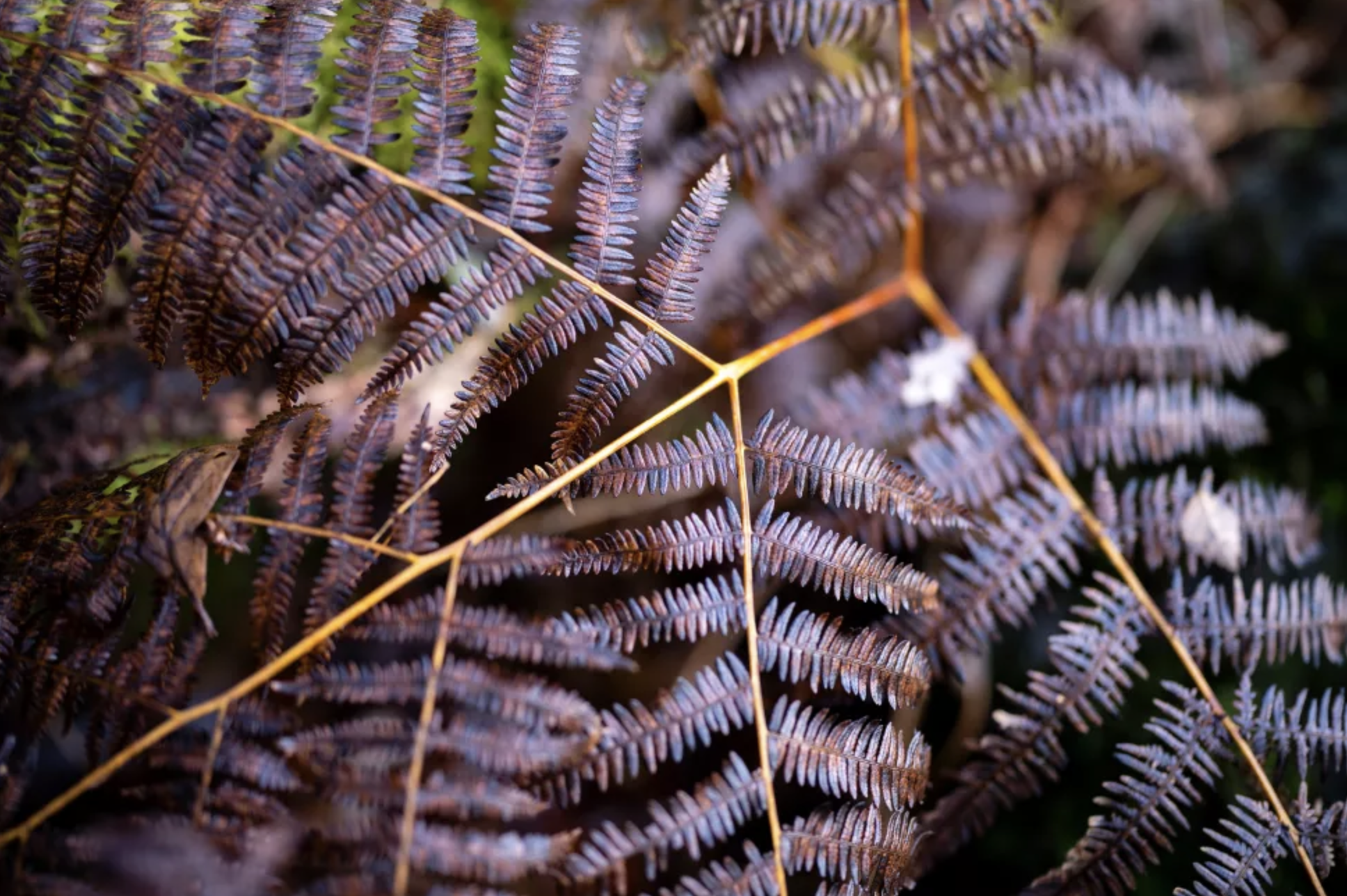 While a lens like this wouldn’t traditionally be used for close-up photography, it does offers a minimum focus distance of 27cm with a maximum magnification of 0.23x or 0.26x when focusing manually.

A feature that really stands out is the 11-blade circular aperture, which is two blades more than most other lenses. This ensures beautiful circular bokeh when shooting at the maximum f/1.4 aperture. 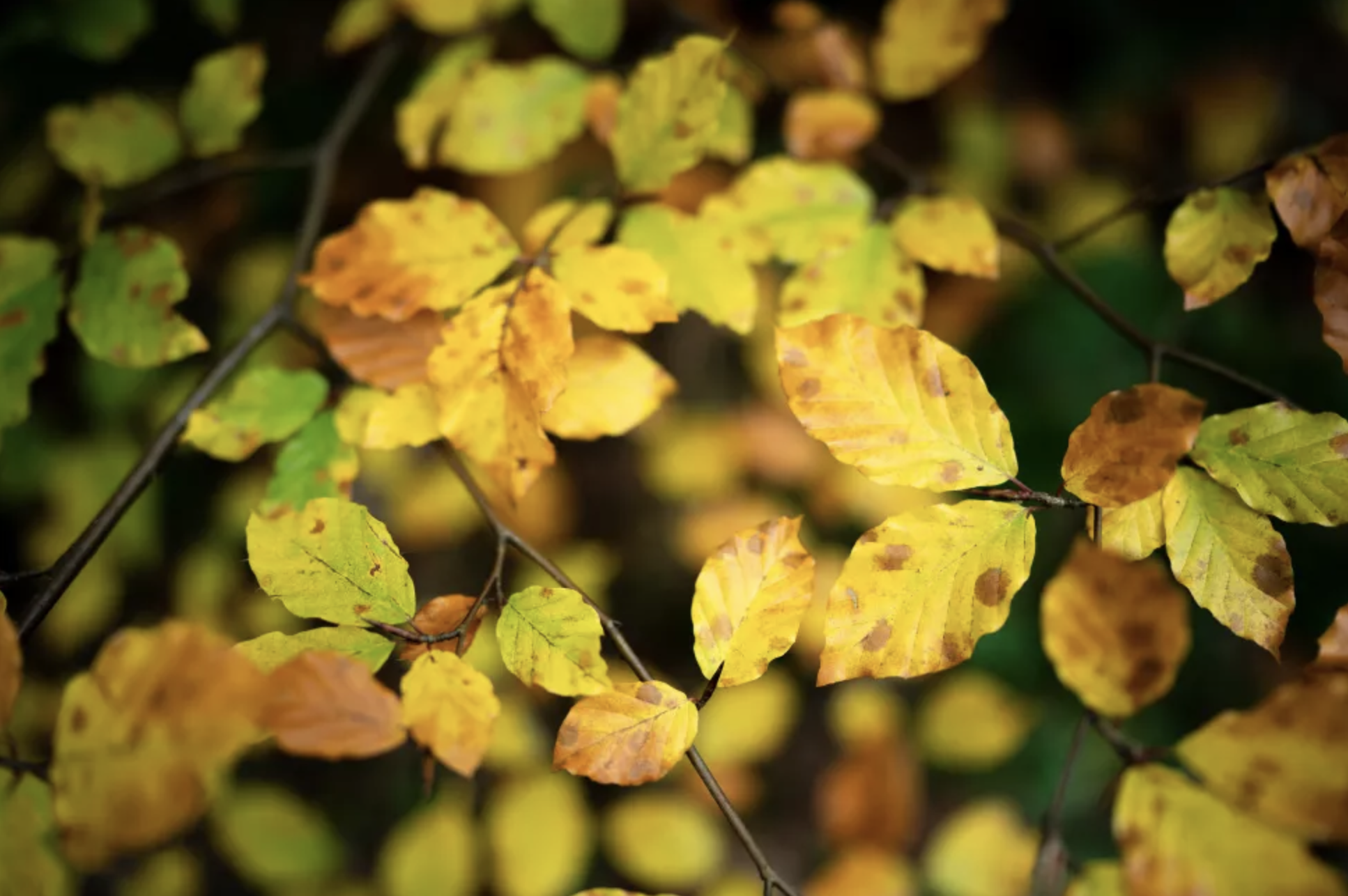 The features are undoubtedly impressive, and everything you’d expect from a Sony G Master Prime, but with any lens it’s the image quality alongside handling that will be of most interest to photographers.

Prime lenses, despite serious advances in zoom lens image quality, remain superior in terms of image quality and their fixed focal length means it’s possible to incorporate larger maximum apertures – and this is where they excel. 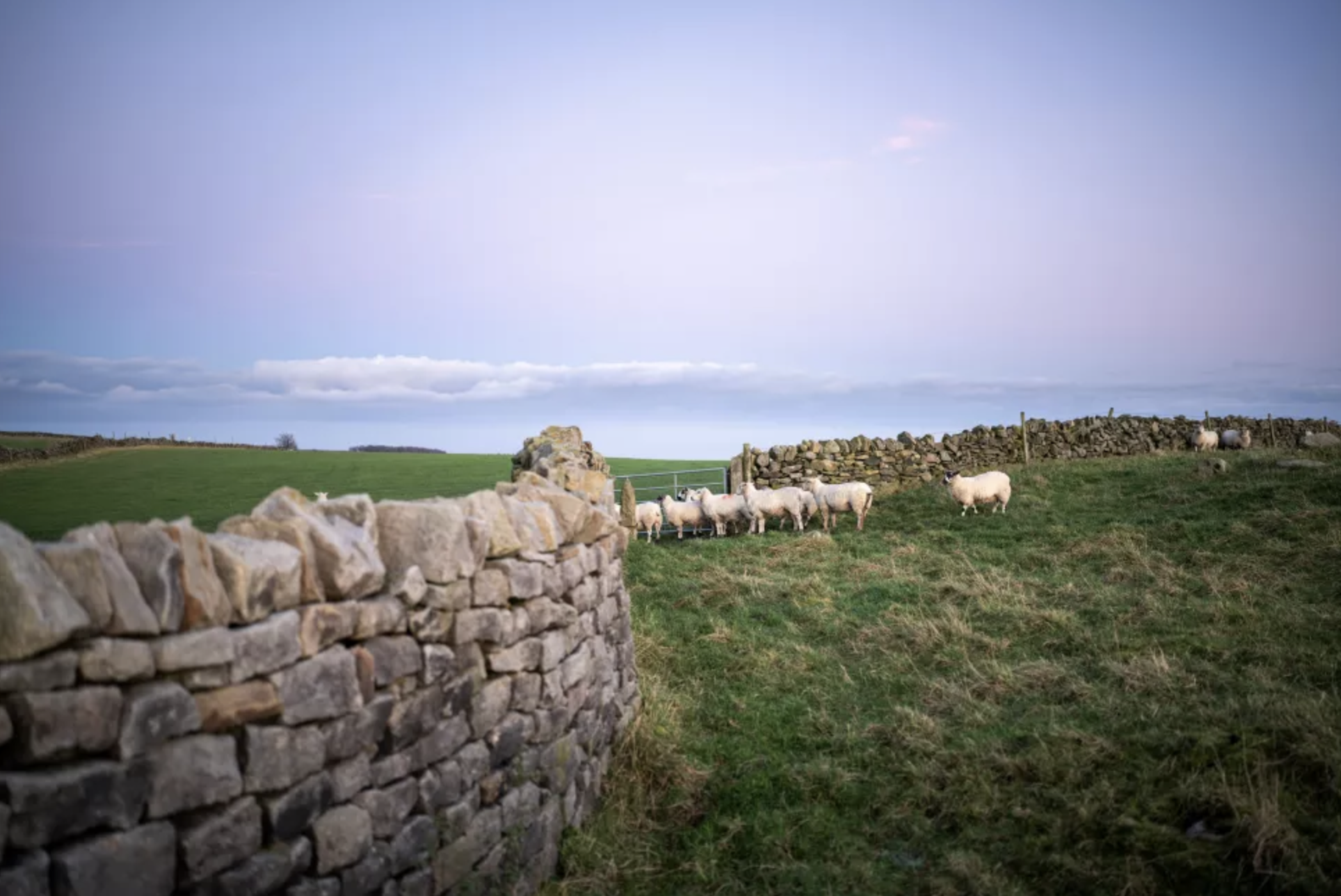 The Sony FE 35mm f/1.4 GM certainly follows this format and at f/1.4 the centre of the frame certainly is sharp, although the outer area of the frame is slightly blurred which in keeping with fast prime lenses.

Vignetting is also visible, and both this and the edge sharpness begin to noticeably improve at f/4. The sweet spot, or sharpest point of the lens, is f/8, and sharpness begins to reduce again at f/11 and more so at f/16 as diffraction kicks in. 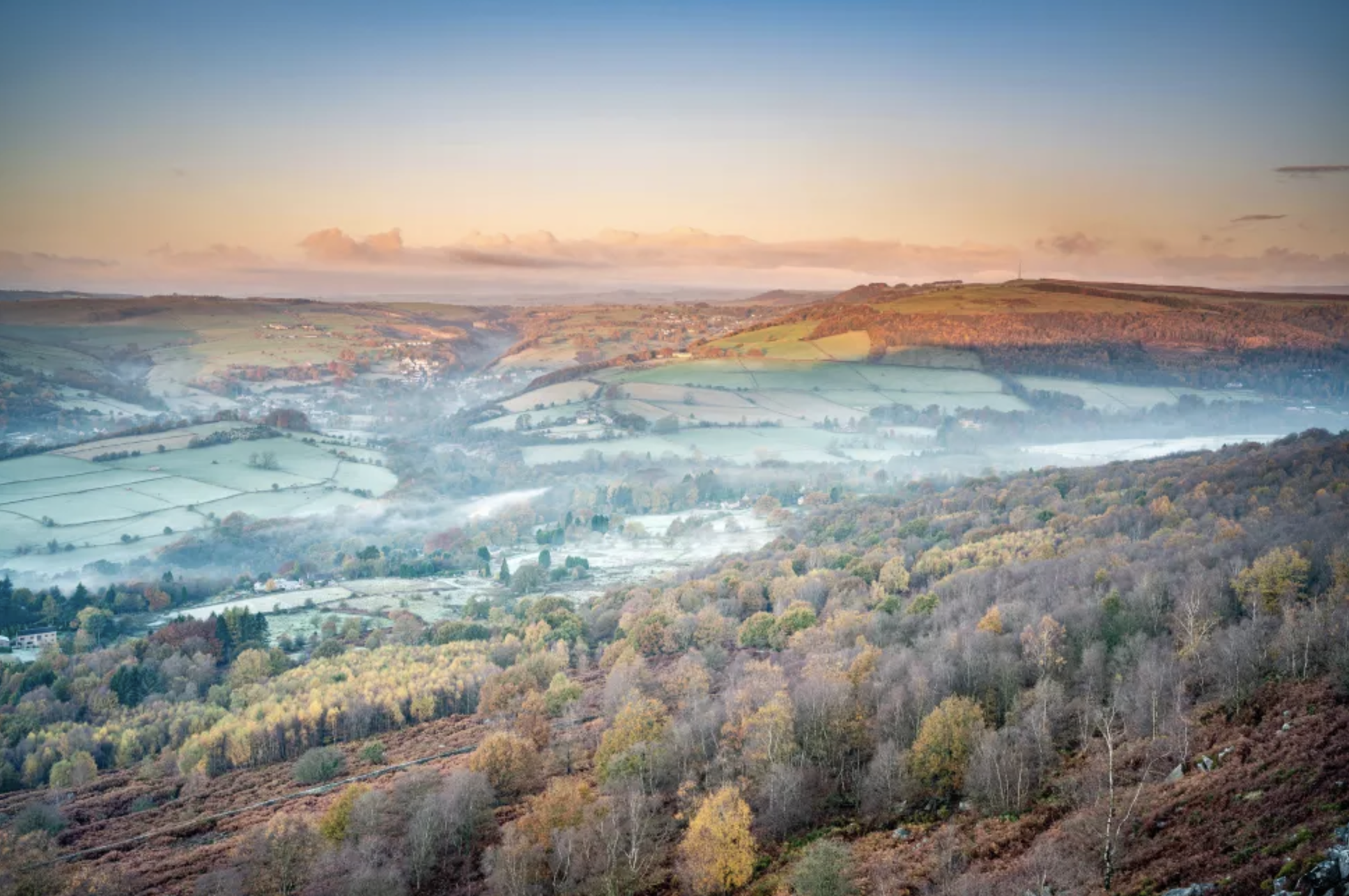 That’s certainly not to say that f/11 and f/16 are unusable – they’re perfectly sharp enough but simply aren’t the sharpest points of the lens. A curious condition of the lens is that vignetting is strongest at f/1.4, which reduces to the least amount at f/4 and f/5.6, but begins to increase again slightly from f/8 and beyond.

This isn’t problematic and can be easily removed during processing, but it’s not something you often see. In terms of chromatic aberration and fringing, however, the lens shows neither problem, even in high contrast areas such as trees against the sky, which is impressive. 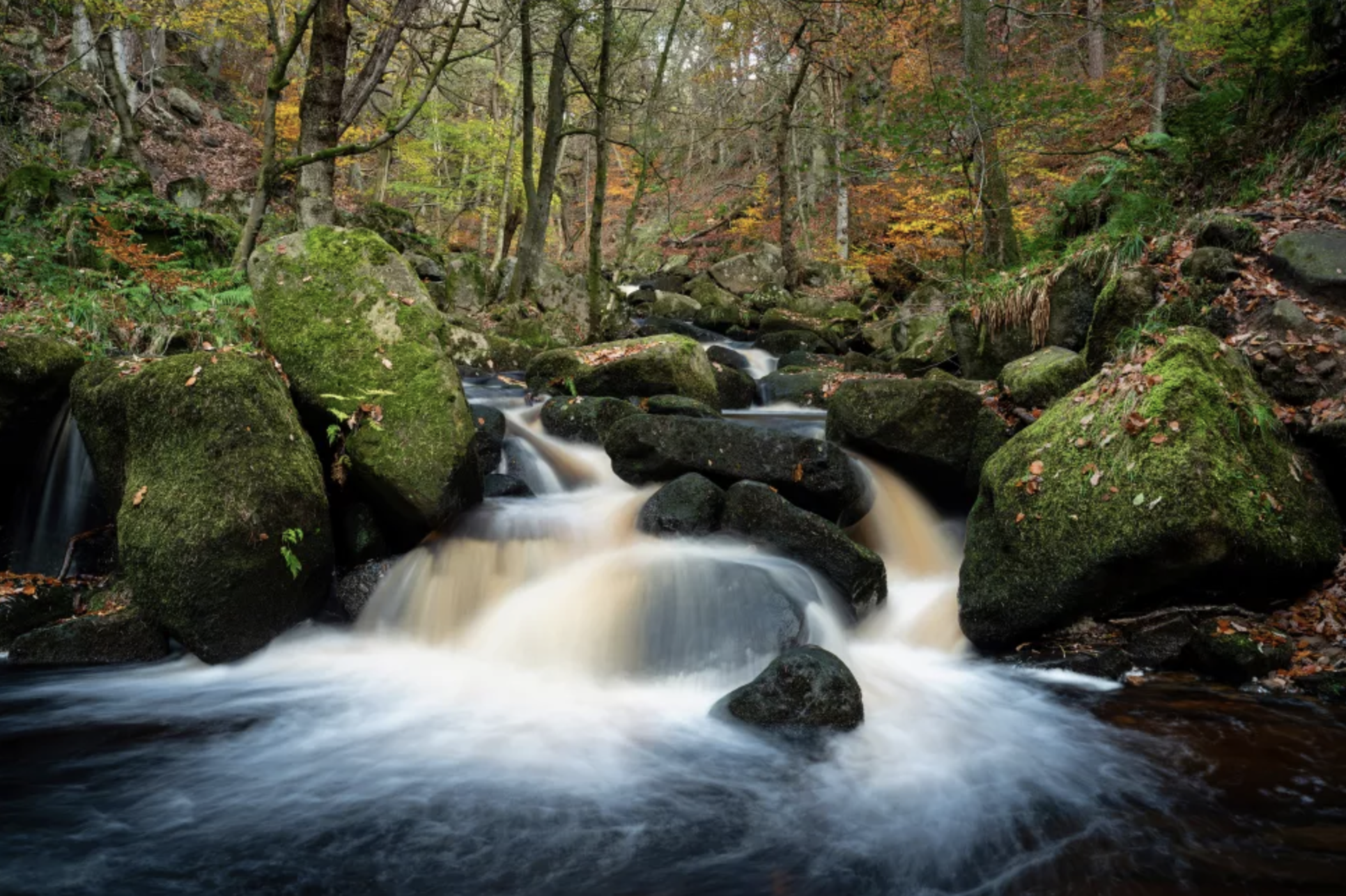 Overall, the Sony FE 35mm f/1.4 GM is an incredibly versatile lens that could arguably be used for more photographic genres than any other focal length.

Image quality is excellent, but isn’t perfect; the lens is sharp in the center of the frame at f/1.4, but it’s not until f/4 where edges become noticeably sharper. Overall sharpness peaks at the sweet spot of the lens at f/8. 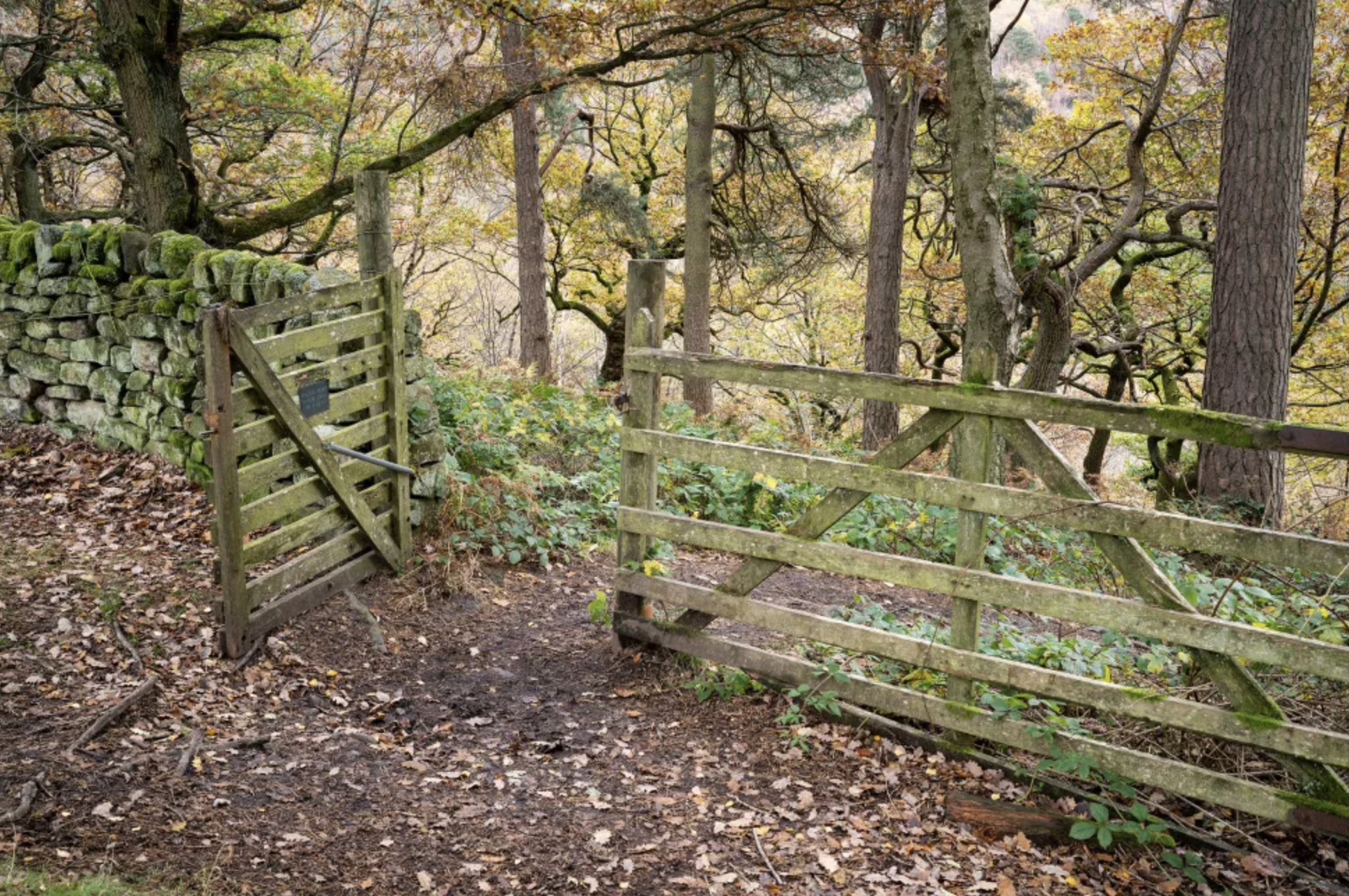 From f/11, diffraction kicks in, but the image remains incredibly sharp despite not being the sharpest the lens is capable of. The vignetting issue is also curious, but certainly not a dealbreaker.

There’s no denying that the Sony FE 35mm f/1.4 is another excellent professional offering from Sony that will appeal to a wide range of photographers and will quickly move to the top of the shopping list of many. At this price, it’s prohibitively expensive for most photographers. But this tag is in line with other Sony GM lenses, so it comes as no surprise and the price will undoubtedly come down a little over time. 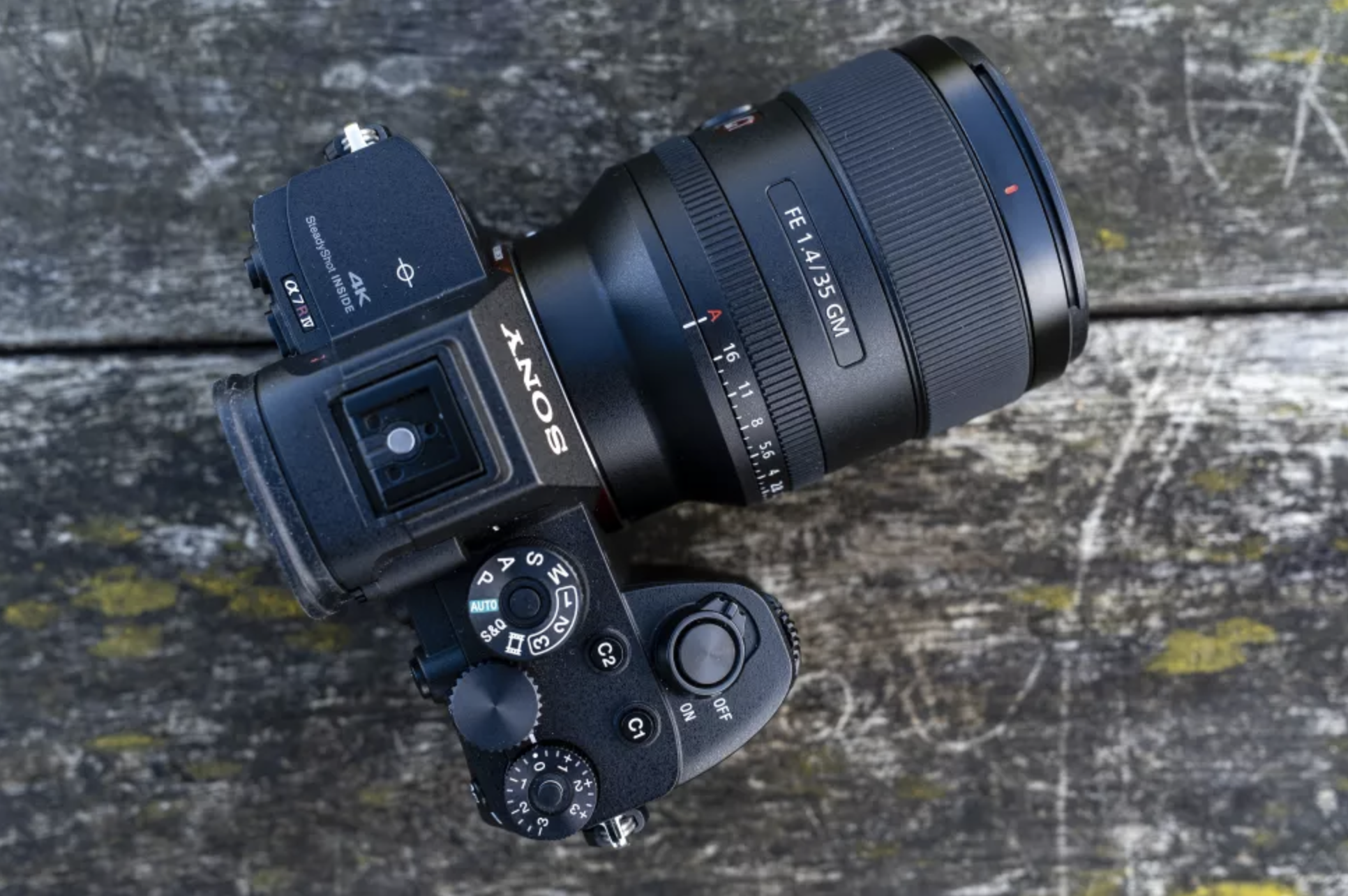 For environmental portrait, wedding and street photographers shooting with A7 and A9 series cameras, the combination of the 35mm focal length and f/1.4 aperture is extremely attractive.

The Sony FE 20mm f/1.8 is a great lens for astrophotography, but if it’s too wide the 35mm f/1.4 GM provides a little more reach as well as increased light gathering capabilities.

Videographers use a mixture of primes and zooms with a preference for primes, and the stepless aperture and smooth focus ring of the Sony FE 35mm f/1.4 GM are aimed specifically at shooting video.

You’re on a budget

All GM lenses are expensive due to their premium build, features and image quality, but if you have a limited budget consider the Sony FE 35mm f/1.8, which is less than half the price.

For landscape photographers looking for a fast prime lens, the Sony FE 20mm f/1.8 offers a much more versatile focal length, not to mention a smaller and lighter build than the 35mm f/1.4 GM.

You commonly use other focal lengths