If there’s one thing we know for certain, it’s that Samsung doesn’t hold much back during its twice-annual flagship phone launches. As 2021 only just begins to find its footing, we already have three new Galaxy S-series flagships on the way, with the most expensive of the bunch being the appropriately named Galaxy S21 Ultra.

Let’s get the bad news out of the way first. The Galaxy S21 Ultra, like its predecessor, isn’t cheap. Starting at £1,149, the Galaxy S21 Ultra will soon be the priciest flagship smartphone on the market, costing slightly more than both the iPhone 12 Pro Max and Huawei Mate 40 Pro.

The good news is that if you’re salivating for a high-end phone that can do absolutely everything without breaking much of a sweat, there’s no doubt that this is it. 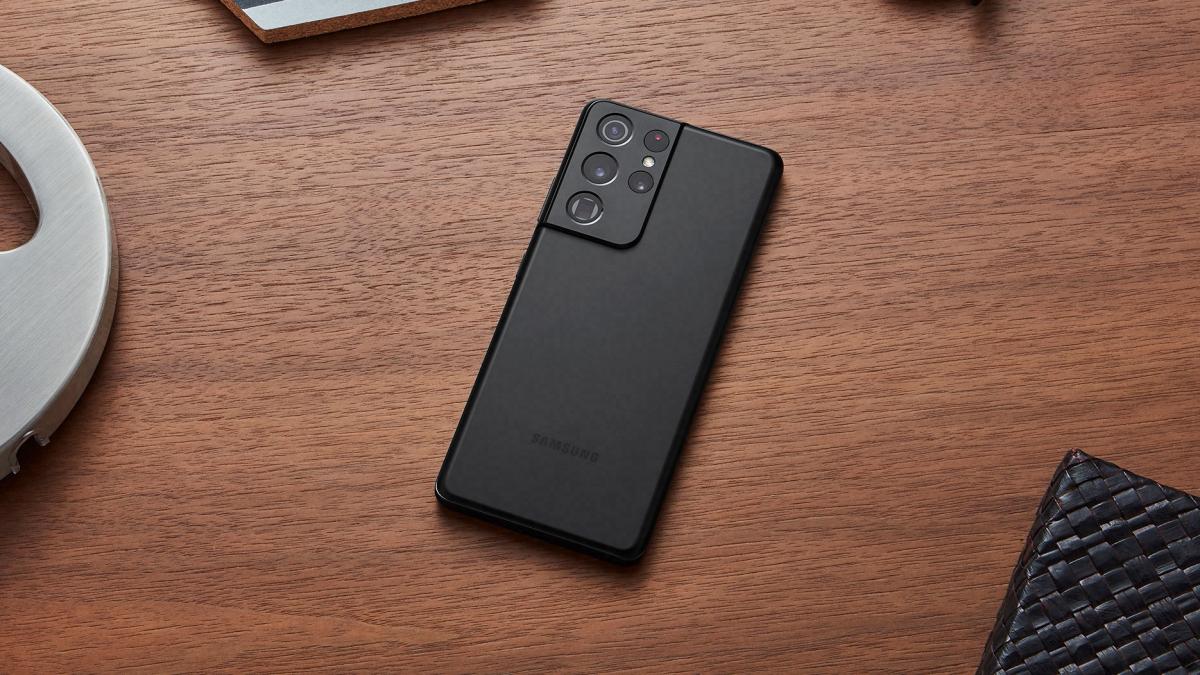 Kicking things off, the Galaxy S21 Ultra has a new design for 2021. Now coated in a matte finish, the S21 Ultra also has a new camera housing on the back, with its vertical line of cameras now blending neatly into the edge of the handset with what Samsung calls “Contour Cut”. The Galaxy S21 Ultra doesn’t launch with the same lineup of colour choices as the rest of the range, though, coming in either “Phantom Black” or “Phantom Silver”.

It’s no surprise that the Galaxy S21 Ultra doesn’t have a headphone jack, but at least Samsung has ditched the dedicated Bixby button – the digital assistant is now summoned when pressing the power button. The under-display fingerprint reader is now 1.7x larger than the one on last year’s model too.

This is also the first Samsung phone to launch without a charger in the box. Following in Apple’s footsteps, Samsung says that the charger’s removal is an effort to reduce the environmental impact, but it also says that it “removes any pressure that consumers may feel towards continually receiving unnecessary charger accessories with new phones”. 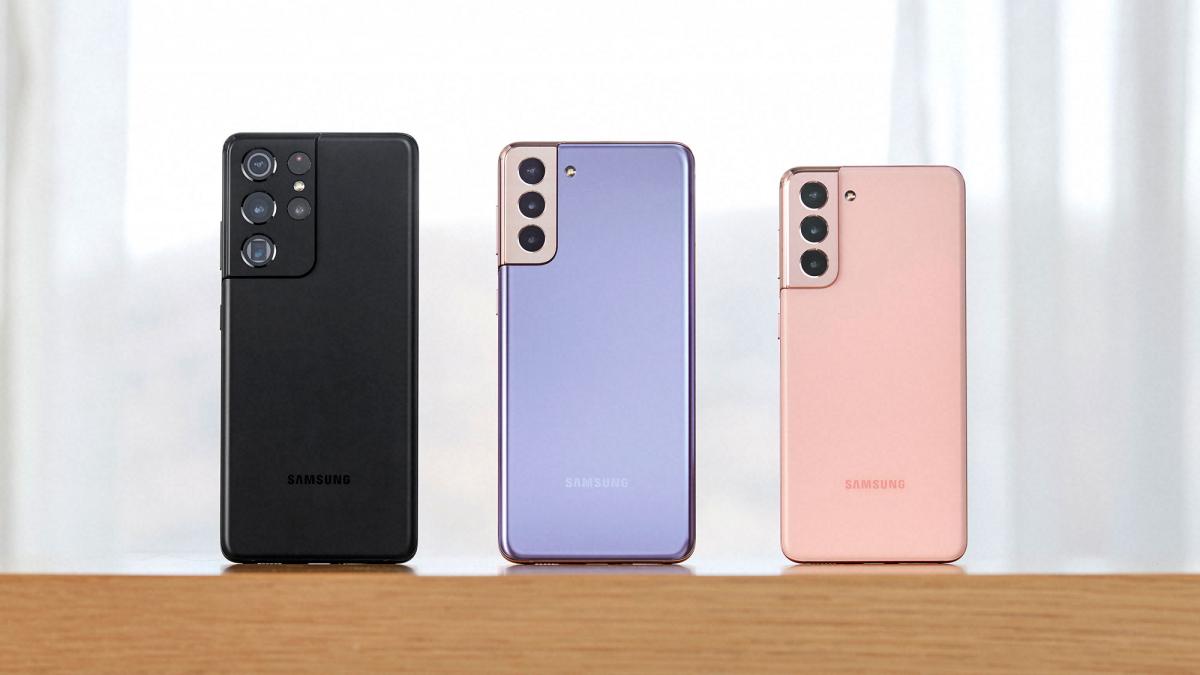 This is bad news for consumers who are looking to make the switch from iPhone to Samsung, since the Galaxy S21 Ultra charges via USB-C and thus doesn’t support Apple’s Lightning cable. Paying extra on top of an already expensive purchase isn’t ideal and this might be enough to convince current iPhone users to stay embedded within Apple’s ecosystem.

Perhaps a more consumer-friendly tactic is that Samsung, as well as Apple, should provide the option of whether or not to include a charger in the box, not just remove it entirely.

Moving on, the Galaxy S21 Ultra has the biggest screen of the three, stretching out across 6.8in. This is one of Samsung’s Dynamic AMOLED 2x panels and the native WQHD+ resolution is finally supported at the maximum refresh rate of 120Hz. Samsung says that the S21 Ultra’s screen is 25% brighter than last year (1,500 nits) and contrast is improved by 50%.

Something new this year is that the Galaxy S21 Ultra is also the first Samsung phone outside of the Note lineup to support Samsung’s S Pen stylus. Sold separately, this new S Pen is built by Wacom and you can also purchase a stylus case, which features heavily in Samsung’s marketing materials.

The Galaxy S21 Ultra shares the Exynos 2100 (or Snapdragon 888 if you live in the US) as the rest of the lineup. This is Samsung’s first mobile chipset built using a 5nm manufacturing process and promises a 20% boost in CPU processing speeds, as well as 35% faster GPU performance.

You also get the option to upgrade from 12GB of RAM to a whopping 16GB, along with 128GB, 256GB or 512GB of non-expandable storage. There’s no word at this stage how much these beefed-up models will cost, but in my experience, 16GB of RAM is pretty much overkill for a smartphone – my MacBook Pro “only” has 8GB of RAM. 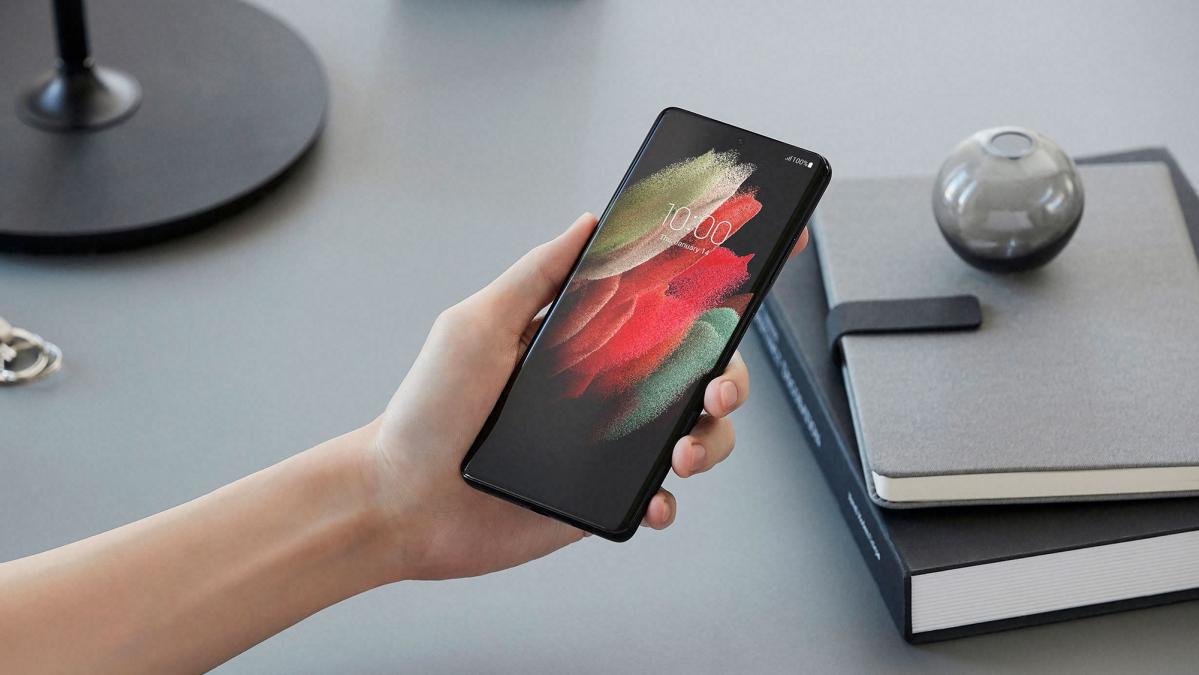 A choice you don’t have to make, however, is whether or not to pay extra for a 5G model. All three phones come with 5G at no additional cost this year, and the Galaxy S21 Ultra even supports Wi-Fi 6E connections (the first smartphone to do so), which is perfect if you happen to buy one of those fancy new 6GHz routers anytime soon.

Finally, the biggest upgrades come from the camera side of things. The S21 Ultra is the only model with a 108MP (f/1.8) main camera, and it also comes with a pair of 10MP telephoto lenses. Why? Well, Samsung says the combination of 10x (f/4.9) and 3x (f/2.4) zoom cameras boost the quality of “Space Zoom” images, up to a maximum magnification of 100x. These cameras are backed up by a fourth 12MP (f/2.2) ultrawide sensor, as well as a front-facing 40MP (f/2.2) selfie camera.

Camera improvements include enhanced noise reduction in low-light conditions, as well as the ability to slow down multiple instances in a single slow-mo video. You can also grab a still image directly from 8K footage and add virtual lighting in portrait pictures.

Once more, the Galaxy S21 Ultra is grabbing all the attention, but not necessarily for all the right reasons. There’s no doubt that it’s packed with absolutely everything you could possibly want from a flagship, but with a four-figure cost that zooms past its already expensive rivals, the S21 Ultra is a tough sell.

It’s an especially tough sell during a period of economic instability due to the Covid-19 pandemic and the potential fallout of the UK’s withdrawal from the EU. Now more than ever, consumers are keeping a watchful eye on their wallets and the Galaxy S21 Ultra might not be seen as a justifiable expense, especially when the regular S21 costs £380 less.

If you’re itching to buy one, however, the Samsung Galaxy S21 Ultra is available to preorder today, with a release date scheduled for 29 January. Stay tuned for my full review in the coming weeks.

Don't miss a deal at Udemy
Best offers at Bodybuilding
Discounts, Sales and Deals at Brian Tracy
Save your money with Newegg
Online-Shopping with Argos
Best products at Sky
Latest Posts