Of course, those S-series phones can’t bend – unless you try very hard and don’t care about your warranty – and you can read more about the Galaxy S20 Plus and S20 Ultra in their respective hands-on articles. Instead, I’ve spent some time with the regular Galaxy S20 which, despite costing the least of the three, is still jam-packed with sparkly new features.

Firstly, it’s worth pointing out that the Galaxy S20 costs the same as last year’s Galaxy S10. It’s also the cheapest of Samsung’s newest lineup, thanks to a notable absence this year. Following the addition of a new top-end model to the range, the S20 Ultra, there’s no S20e to be found. 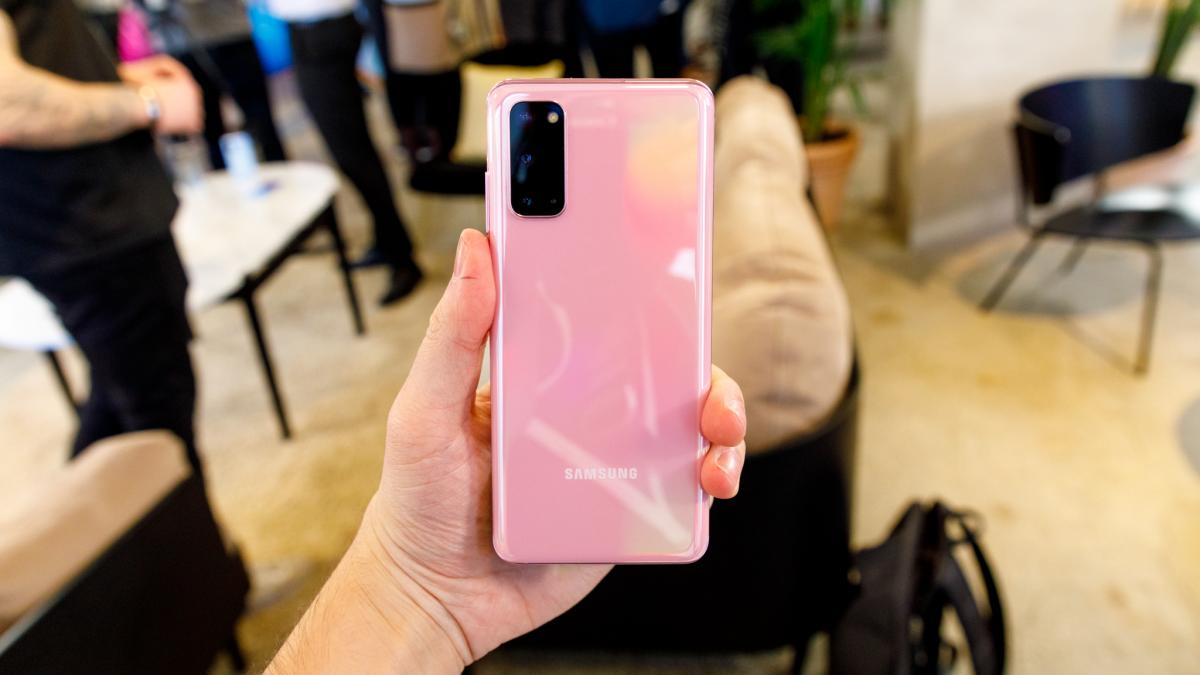 This is especially upsetting, since last year’s S10e was my preferred choice of last year’s lineup, and was eventually crowned Expert Reviews’ favourite phone of 2019. Either this means that there isn’t as much of a focus on the low-end anymore, or Samsung has simply renamed the three models and put the prices up.

That’s a debate to be held for another time, and for the most part, I remain impressed with all of the new stuff Samsung has brought to the table this year. These new phones feel like much more of an upgrade than ever before.

Just like last year’s models, I actually prefer the smaller versions of Samsung’s handsets, as I feel they fit more comfortably in the hand when compared with their big-screened counterparts. That’s not to say that the S20’s screen is small, however: 6.2in is still big enough to watch any Netflix TV show without having to push the screen up against your eyeballs.

As before, this is one of Samsung’s own Dynamic AMOLED panels, which has a native resolution of 3,200 x 1,400 (Quad HD+) and there’s a small pinhole notch which houses the 10MP selfie camera. It’s shifted positions slightly this year, though, and can now be found in the top-centre portion of the screen. 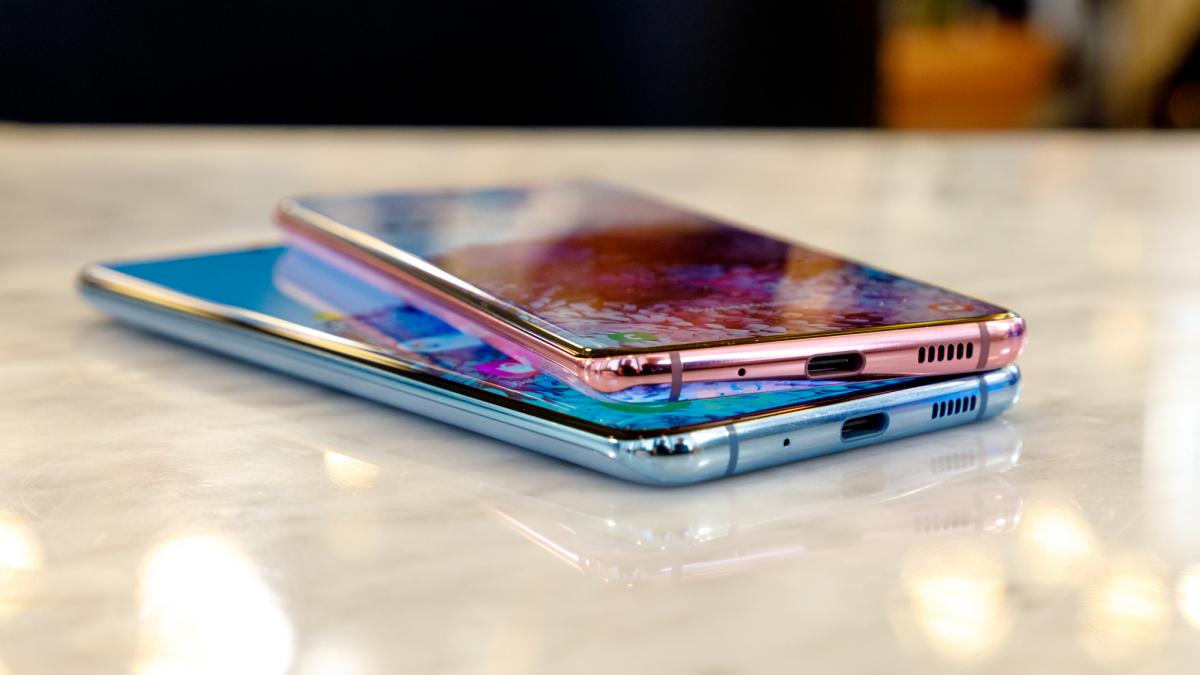 The big new addition, however, is that this is a 120Hz screen, which is a first for Samsung. This higher refresh rate (double the usual 60Hz) means that your social media scrolling will feel more fluid and responsive than ever. Samsung also mentioned the benefits when it comes to gaming, but when most games on the Play Store are capped at less than 60fps, any advantage here might be purely theoretical. That is, of course, unless Samsung launches its own games on the Galaxy Store at uncapped frame rates.

Elsewhere, the S20 family is powered by Samsung’s newest homebrew Exynos 990 processor. This is a 7nm, octa-core chipset with a maximum clock speed of 2.73GHz and is similar in architecture to last year’s Exynos 9820. In other regions, outside of European and Asian markets, the Galaxy S20 will use the Qualcomm Snapdragon 865.

The Galaxy S20 comes in either 8GB or 12GB of RAM variants, with the option to pay a little more for 5G connectivity. It also comes in three different colour schemes; ‘Cosmic Grey’, ‘Cloud Pink’ and ‘Cloud Blue. There’s no choice when it comes to storage, but the 128GB of onboard space can at least be upgraded up to a further 1TB via microSD if required. 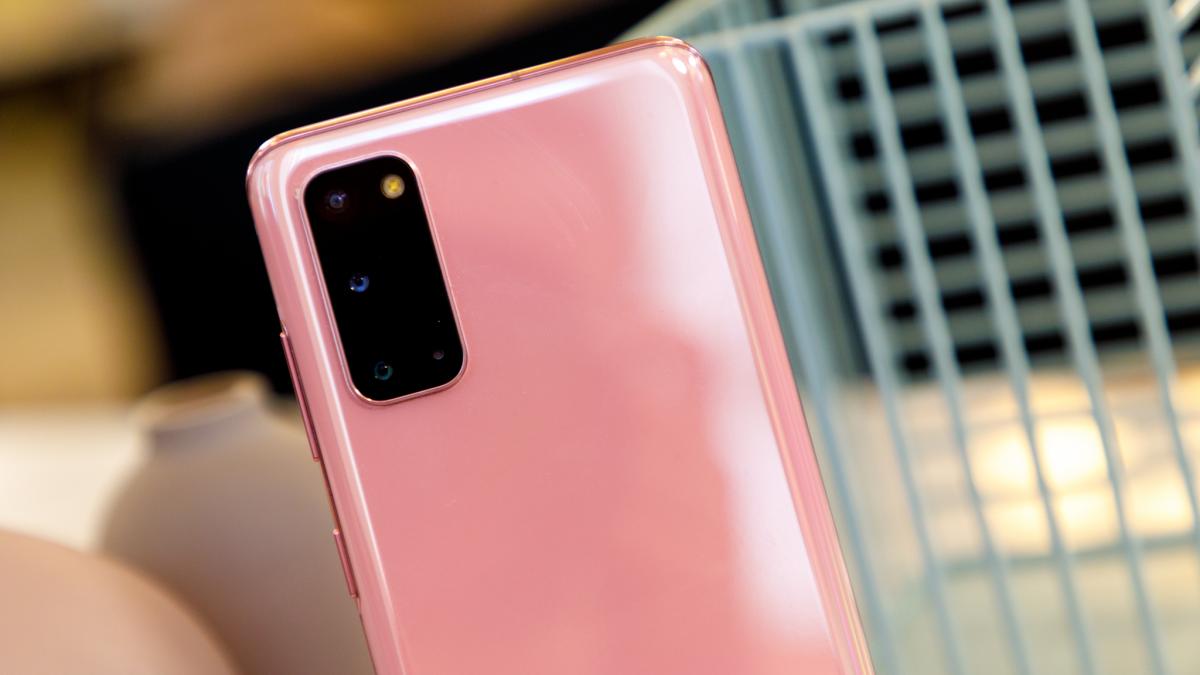 Finally, let’s discuss the Galaxy S20’s camera capabilities. As it’s the cheapest of the three phones, the Galaxy S20 actually loses the fourth depth-sensing unit found on the S20 Plus and S20 Ultra, but I mostly find these to be pointless additions anyway. The other three cameras are exactly the same as the rest of the S20 Plus’ arrangement; there’s a 12MP (f/1.8) camera, 12MP (f/2.2) ultra-wide and a 64MP (f/3.5) telephoto zoom sensor.

This year, Samsung is keen to emphasise the S20’s zooming capabilities, with what it calls ‘Space Zoom’. This is a silly marketing phrase, of course, but Samsung tells us that the S20 and S20 Plus are both capable of using a combination of optical and AI-digital techniques to magnify up to 30x. For the record, the much more expensive Galaxy S20 Ultra and its 108MP camera is capable of delivering 100x zoom.

‘Space Zoom’ isn’t the only new camera feature, however. There’s also something Samsung calls ‘Single Take’ which is a new recording mode in the camera’s settings. Simply press the shutter button, and the camera will use all three of the rear lenses to create a compilation of different images, videos, GIFs and edited stills.

The arrival of the Galaxy S20 ushers in the beginning of smartphone launch season, and with the Novel Coronavirus outbreak looming large across the industry, by sheer coincidence Samsung may have won big by being the first out of the gate.

If the year’s biggest mobile trade show, Mobile World Congress (MWC), is disrupted at the end of February as it’s expected to be, Samsung’s early launch may steal the limelight for much, much longer than usual.

It’s a good thing that all three Galaxy S20’s are shaping up to be exciting prospects, then. Being the cheapest of the three, lacking any major compromises, the Galaxy S20 will likely see the most interest as its 13 March release date looms. That is, of course, entirely dependent on whether or not production is delayed due to the outbreak.

Don't miss a deal at Carphone Warehouse
Best offers at Marks and Spencer
Discounts, Sales and Deals at Boohoo
Save your money with H&R Block
Online-Shopping with TalkTalk Phone and Broadband
Best products at Adobe
Latest Posts