Healthcare is going to be vital to the growth of the wearables market. Wearables that can deliver meaningful, context-rich information – blood pressure, glucose levels, reminding us when to take medications, or when we’ve not had enough water – are the ones that will thrive.

It’s for that reason that Acer is focusing on health for its latest wearable, the Liquid Leap Fit. It’s a small device that lacks the grandeur of the Apple Watch; it’s not a smartwatch, but a fitness wearable with a couple of smart features thrown in.

Oddly, Acer announced the Leap Fit last year but held it back from launch. Now it’s letting us play with it, with an aim to get it on the market in Q3 this year. But the Fit could easily blend into the crowd of other similar devices on the market, not to mention that it’s very similar to Acer’s Liquid Leap and Liquid Active – so what’s the USP here?

The big selling point is continuous heart rate monitoring, which Acer says won’t impact on the device’s battery life. In fact, it promises a week of battery life from one charge, during which time your heart rate will be continually read. 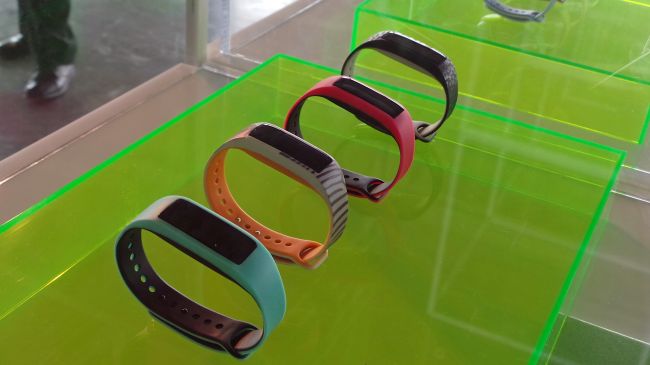 The Liquid Leap Fit connects to an iOS and Android app which collects this data and presents it in graph form, so you can keep an eye on it over time and have something meaningful.

Another nifty feature is the health-based notifications. These will let you request, via the app, to be reminded to drink water at intervals through the day, take your medication, or do a number of other health-oriented activities. You can also tell the wearable directly how much you’ve had to drink (for example) and it will log it. 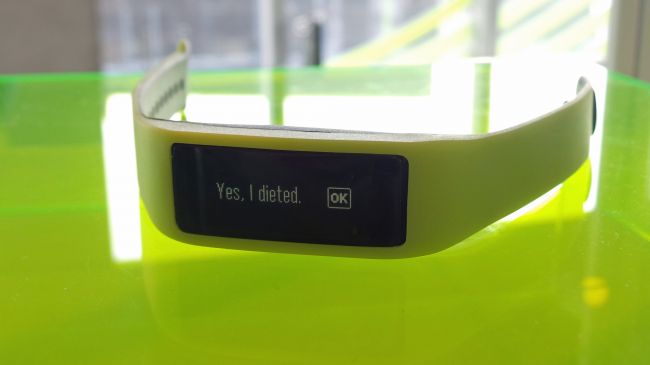 Again, all this information is fed into the app and the Cloud, which gives you useful charts in return.

As well as measuring steps, calories burned, sleep – the basics you’d expect from even an entry-level fitness wearable – the Leap Fit also has a smart coaching feature. I wasn’t able to give this a proper workout in the limited space, but Acer says it will offer useful feedback. 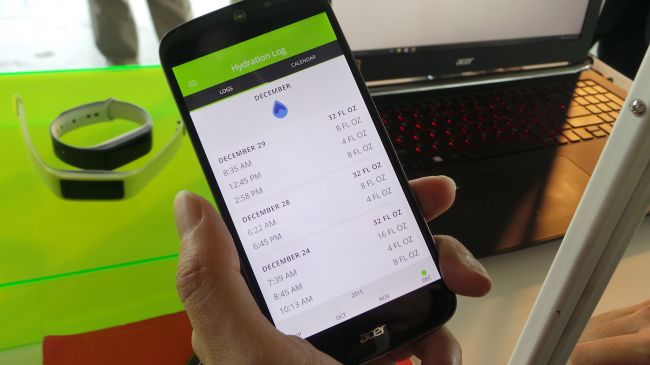 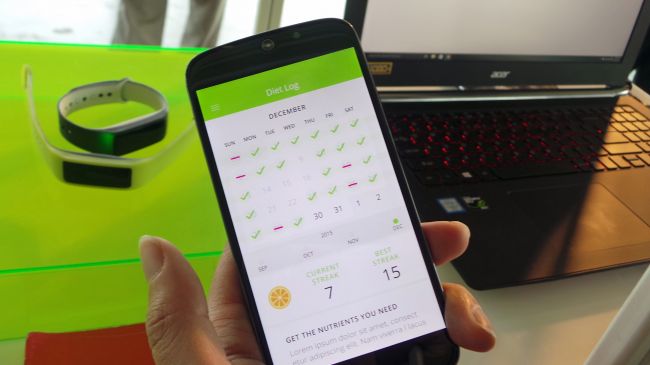 The Leap Fit has one of the best performing batteries for a device that continually monitors heart rate, but the trade off is screen and interface. The UI is very simple, monochromatic, and, I found, often unresponsive.

It’s far from a joy to navigate, but the lack of a flashy touch display will probably mean that Acer can keep this below the £100/$100 mark again, or at least not much above it. 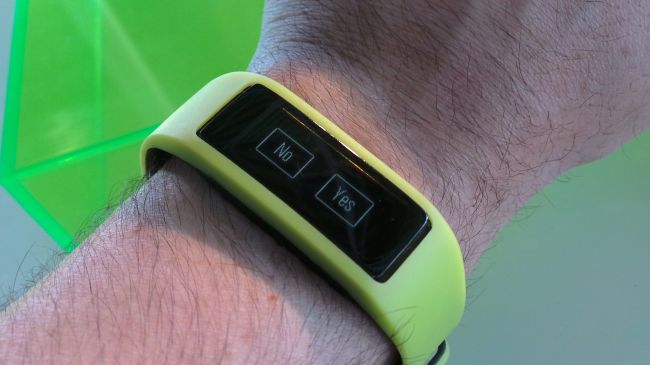 The other problem I found was that the Fit struggled to actually find a heart rate reading. I double checked – no, I wasn’t dead, it really was the band’s fault. Hopefully this is just because I was using an early production model; there’s no point in Acer singing about the continuous heart rate monitor if it’s unreliable.

The rest of the Liquid Leap Fit is attractive enough, helped by the range of different bands you can choose from. Some of them are really nice, even the slightly odd choice of camouflage.

A continuous heart rate monitor that gets a week out of the battery? Impressive, even if it lacks charm. Beyond that, Acer’s wearable has a few extra tricks that we’re keen to test out in a full review. Right now, this looks like one for the health conscious and the cost conscious.

Don't miss a deal at Groupon
Best offers at Farfetch
Discounts, Sales and Deals at The Home Depot
Save your money with Sky
Online-Shopping with Adobe
Best products at Vodafone UK
Latest Posts