Those seeking compact cameras typically think they have to sacrifice a big optical zoom lens in this type of camera, because it’s difficult to squeeze the big zoom lens into a tiny camera body. You may believe you need a huge camera to find the zoom lens you need. But my Canon PowerShot SX710 HS review reveals a model that gives you a very good optical zoom measurement of 30X, while fitting easily in a pocket at 1.37 inches in thickness. 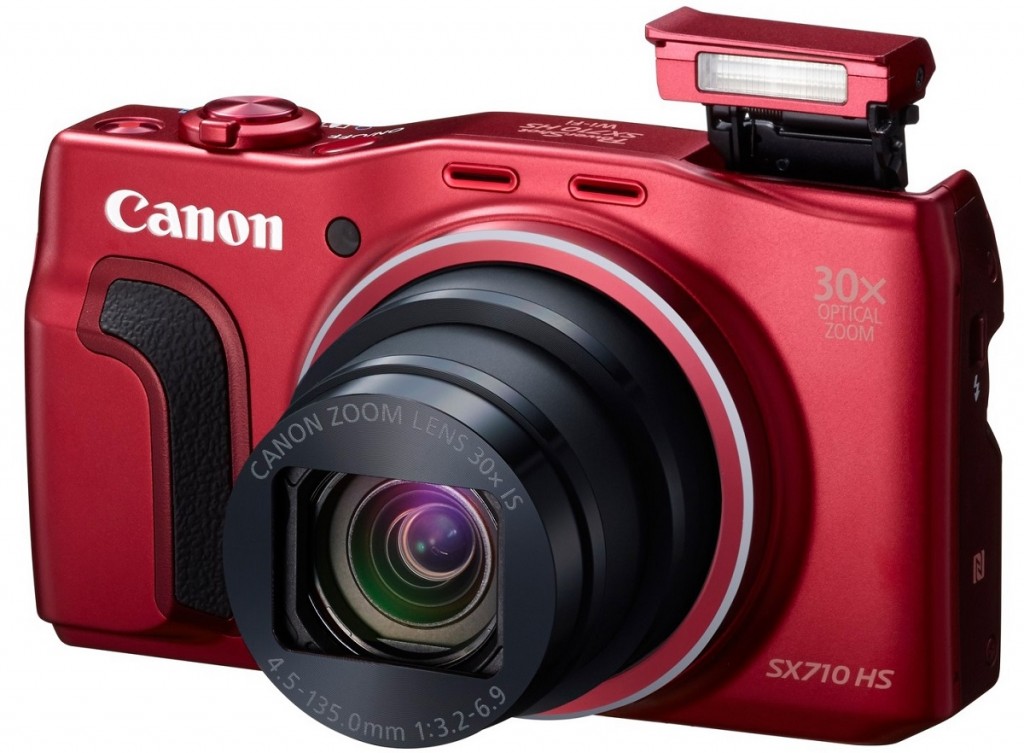 The best feature of the PowerShot SX710 HS is its 30X optical zoom lens. As explained in our article — what is a digital camera — an optical zoom lens provides both wide angle and telephoto capabilities, giving this type of camera plenty of versatility.

I liked the placement and size of the control buttons on the back of PowerShot SX710. Sometimes, the best point and shoot cameras from Canon have poor button designs, but the SX710 managed to avoid this common problem.

The LCD screen on the SX710 measures 3.0 inches diagonally, which is an average size in today’s market. The screen offers a sharp display with 922,000 pixels of resolution. Unfortunately, this model’s LCD screen does not offer any touch screen capabilities, which can help beginners learn to use their cameras more quickly.

And while the Canon PowerShot SX710 HS is a model aimed at beginning photographers, it does have a few manual control features that you can use.

The SX710’s autofocus system works fast and is accurate most of the time, which is a strong feature in a camera in this price range. When shooting without the flash, the camera works quickly, requiring less than 1 second after recording an image to be ready for the next one. The PowerShot SX710 HS slows considerably when you use the flash though, requiring nearly 5 seconds to recover between shots.

When comparing the Canon SX710 HS to the Nikon Coolpix S9900, you’ll find that both cameras offer a 30X optical zoom lens. The S9900 has a tiltable LCD screen, and it’s disappointing that the SX710 doesn’t offer this feature. But the Canon SX710 lens can reach a wider aperture at f/3.2 versus the S9900, and it offers a manual focus option, which can be helpful when shooting in tricky photographic scenes. 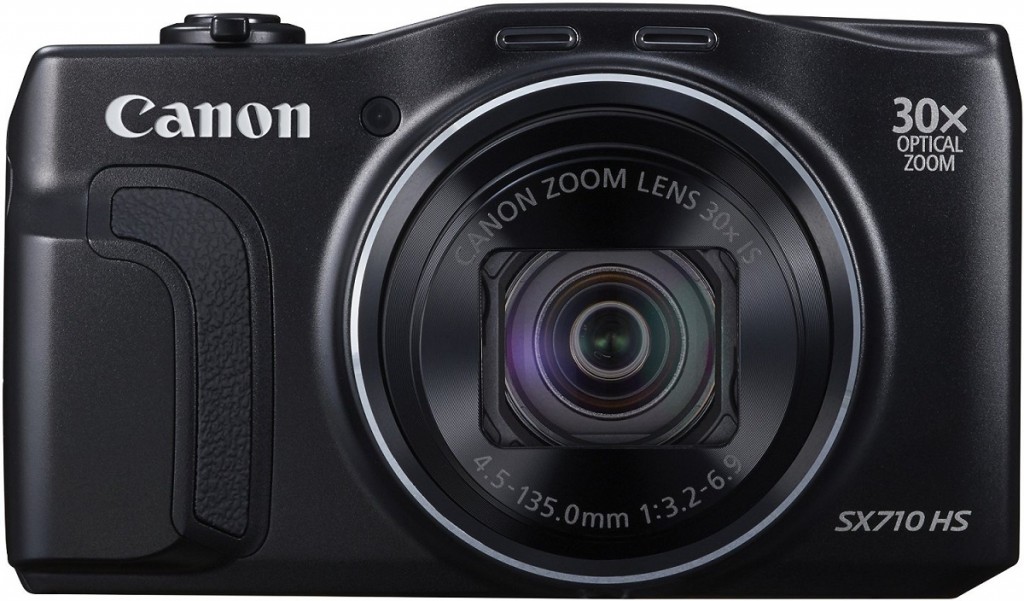 It would have been nice if Canon had given the PowerShot SX710 a larger image sensor. Measuring at just a 1/2.3-inch image sensor, the Canon SX710 can’t achieve an image quality equal to that of models with larger image sensors in physical size, such as the best DSLR camera for beginners options.

Versus other cameras with a 1/2.3-inch image sensor though, the Canon PowerShot SX710 HS camera’s 20.3 megapixels of resolution allows it to outperform many of them in terms of image quality.

Low light image quality is a bit of a mixed bag with the SX710. When you’re using the camera’s popup flash unit, you’ll end up with results that are better that most other compact cameras when they’re using a flash. The light from the SX710’s flash evenly covers a wide area, preventing hot spots and overexposed areas.

But when you try to shoot a low light scene without using the flash, by increasing the ISO setting instead, you’ll notice some noise (represented by stray pixels) in your images. The Canon SX710 is limited to a maximum ISO setting of 3200, which is low compared to more advanced cameras.

Movie quality is good with this camera, as you can shoot full HD video at a frame rate of up to 60 fps. Canon also gave the SX710 a dedicated movie recording button to simplify the process of recording video.

When compared to the Panasonic Lumix DMC-ZS50, the Canon SX710’s image quality doesn’t quite measure up, as the Lumix ZS50 can record images in both the JPEG and RAW image format, while the Canon model is limited to JPEG. The ZS50 is also a better performer in terms of its low light image quality when you aren’t using the flash. The Canon SX710 is the better camera in terms of resolution (20.3 MP to 12.1 MP in the ZS50) and in its maximum telephoto lens setting (750mm to 720mm in the ZS50).

Battery lifespan is a disappointment with the Canon SX710, as you’ll be limited to around 230 shots per charge under perfect conditions. Realistically, the battery life is less than 200 shots in most situations. And if you choose to use the built-in WiFi or NFC features of this camera, you’re going to drain the battery much more quickly, leaving you wishing you had a second battery handy.

The Canon PowerShot SX710 HS camera has a nice collection of features, highlighted by a large optical zoom lens in a thin camera body, which makes it one of the best compact digital camera options. It’d be nice if this model had a larger image sensor in physical size, but the SX710’s strong performance with the flash versus other compact cameras with the same size of image sensor gives the SX710 an advantage. Those who already own the SX700 really don’t have any reason to upgrade to the SX710, but for others seeking a compact camera with a large zoom lens, this model is well worth considering.

0 0 0
Previous ArticleSony Xperia X Premium could pump up the brightness with an HDR screen
Next ArticleHands-on review: Acer Liquid Zest Plus
Comments (0)