With its quad-camera (triple-camera plus ToF-sensor) the Huawei P30 Pro is, from an imaging perspective, definitely the most exciting new smartphone this year.

The analysts from French company System Plus Consulting now have had a closer look at the camera hardware, which was co-designed with Leica, and talked about their findings with EE Times. According to costing analyst expert Stéphane Elisabeth, all four image sensors have been supplied by market leader Sony. 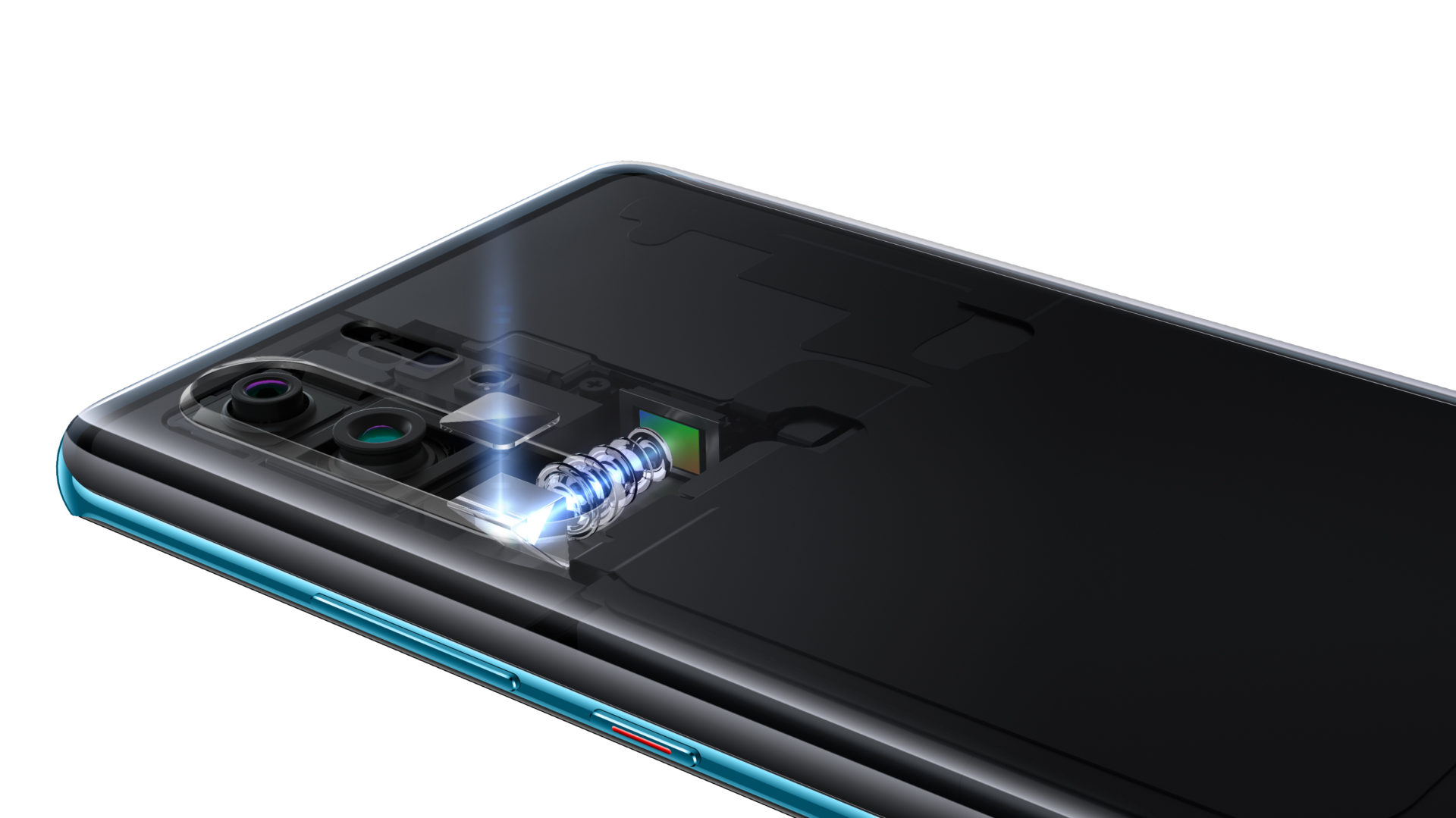 The primary camera module uses a RYYB color filter (Red, Yellow, Yellow, Blue) instead of the usual RGGB, which increases light sensitivity, while the wide-angle and tele camera units still rely on an RGB filter. The green channel is usually used to make up the luminance (detail) information in an image so yellow filters, which let in red as well as green light, would give cleaner results than an RGGB sensor, at the cost of some ability to distinguish between colors.

Unlike some other devices, the time-of-flight (ToF) sensor is not only used for augemented reality applications but also to measure subject distance for autofocusing. Signals from all three cameras are processed to create a map of a scene and let the photographer focus on a specific object.

Arguably the most innovative element of the camera is the periscope-style tele lens, though. It is placed horizontally inside the body and a mirror angled at 45 degrees channels light into the optics and onto the sensor. This allows for an extended optical unit – generally a requirement for telephoto lenses. The result is the first 5X tele zoom in a smartphone. Super resolution and computational techniques allow for 10x digital zoom using the 5x tele unit, though image quality drops. The analysts also believe the entire camera unit has been assembled by Chinese company Sunny Optical Technology using IP from Corephotonics in Israel. The latter is particularly interesting as Corephotonics has just been acquired by Huawei rival Samsung.

Don't miss a deal at Brian Tracy
Best offers at Marks and Spencer
Discounts, Sales and Deals at Turbo Tax
Save your money with Myprotein
Online-Shopping with Currys
Best products at Carphone Warehouse
Latest Posts