Nikon D780 review: All the camera you’ll ever need

A stupendous camera capable of outstanding results, whatever genre you shoot

The top end of the DSLR market is a rollercoaster. Should pros and high-end amateurs go mirrorless? Will your investment in a full-frame DSLR hold up in a few years? What about established versus upstart lens mounts?

The D780 is a camera that might convince more than a few that the DSLR isn’t buried yet. It’s a 24.5-megapixel, full-frame sensor in a camera that can shoot up to a respectable 7fps and which takes advantage of Nikon’s legendary Advanced Multi-CAM 3500 II AF module to give you 51 AF points. It is also Nikon’s first DSLR to offer hybrid AF, bringing high-performance autofocus to live-view and video shooting. Twin memory card slots provide another fillip for professionals. With awesome image quality virtually a given, such is the power of Nikon’s reputation, this is a camera that should threaten just about everything in its price bracket.

Speaking of price brackets, the D780 goes for £2,099 body-only. That’s about £500 less than Canon’s pro full-framer, the EOS 5D Mark IV. There are a few key differences, not least that the EOS 5D Mark IV shoots higher resolution stills (30.4 megapixels versus 24.5) at the same maximum framerate of 7fps, and you also get a better-specified autofocus system. The Nikon D780 offers 51 AF points in total, which is ten fewer than the 5D Mark IV. That doesn’t sound like much, but of more significance is that 41 of the 5D’s Af points are the more sensitive, and thus faster and more accurate, cross-type. That compares well to the D780’s 15 cross-type sensors.

The cameras are similar when it comes to video, with both able to shoot 4K at industry-standard framerates – although the D780 uses the more efficient H.264 codec versus Motion JPEG on the 5D. Things tilt a little in favour of the D780 when you drop the resolution to Full HD – its up-to-the-second Expeed 6 image processor can shoot at 1080p at up to 100fps. The 5D Mark IV can match the framerate, but not at the same resolution – if you want to shoot slow-mo you’ll need to drop to 720p. One difference that some will appreciate is that the Nikon D780 comes with N-log, allowing it to shoot ungraded video out of the box when you use an external recorder – it’s a £70 option on the 5D Mark IV. 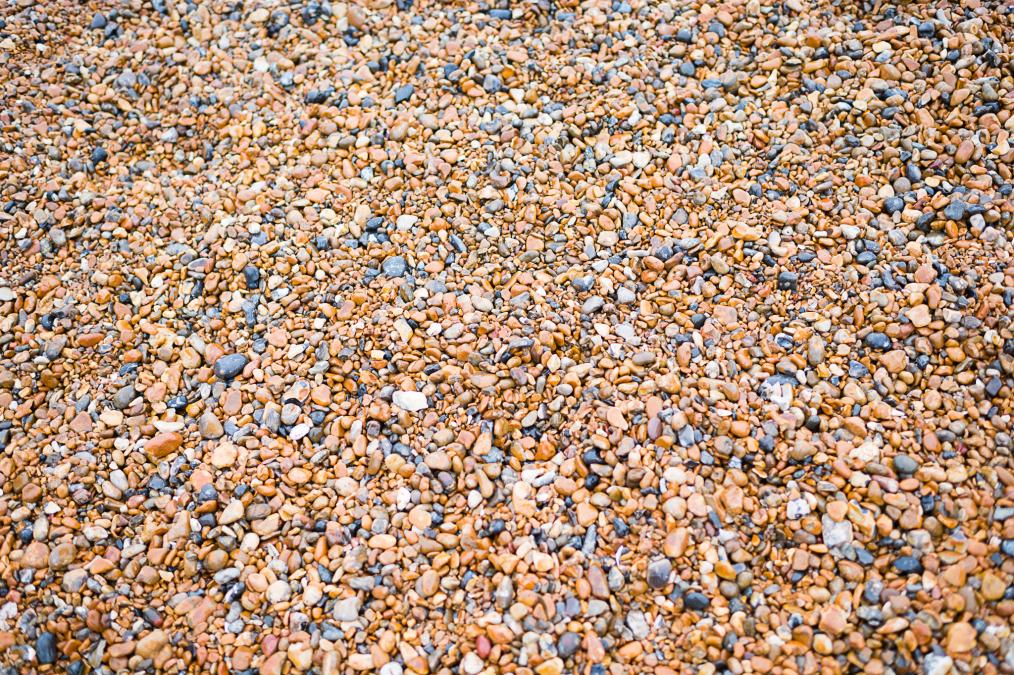 So what about mirrorless cameras? If you’re committed to Nikon, the Z7 is the obvious competitor. More expensive by about £500, it shoots almost twice the resolution of the D780 at 45.7 megapixels and is faster in stills mode at 9fps. It uses the same Expeed 6 image processor, so it’s no surprise to see the same video options. Weight is significantly reduced, with the Z7 weighing 675g to the D780’s 840g, but battery life is even more significant, with the D780 able to shoot a pro-level 2,260 shots on a single charge. The Z7 shoots just – brace yourselves – 330.

If you’re brand-agnostic, the Canon EOS R (£2,759) is another high-end, full-frame mirrorless option; this time one that weighs even less than the Nikon Z7 at 580g. It offers par-for-the-course (which is to say unimpressive) battery life at 370 shots, but shoots 30.3-megapixel images at up to 8fps.

There’s a certain romance to the Nikon D780’s design, which is classic DSLR. That means it’s not much to look at but is a champ when it comes to usability. It’s pretty big, at 144mm wide and 116mm tall, but all that heft is put to excellent use. For one thing, body controls are chunky and easy to hit; the dials have a solid clunk to them and the controls on the back are easy to manage. Our only whinge is the drive mode selector, which gets its own selector wheel underneath the mode dial. To use it, you hold down a lock button with your thumb and move the selector around to choose a new drive mode. The front edge of the selector is ridged so you can get a good grip on it with a fingertip, but nonetheless it’s fiddly. It’s also, given the great design of the camera, a bit weird – drive mode, which you can expect to want to change frequently, gets the fiddly, locked dial, while bracketing, which most photographers will use once then forget about, gets its own shortcut button on the front of the camera.

Elsewhere, the D780’s hefty build is put to good use. Swing open the card slot door and you’ll find two SD slots with all the normal options – overflow for when the first card fills, mirrored for hardware redundancy, or JPEG and RAW files to different cards. It’s a welcome if obvious conclusion for a camera that will find its way into the bags of many professionals.

One thing that has gone since the D750 is the pop-up flash, with the D780 joining the likes of the Canon EOS 5D Mark IV, and the top-end Nikon D5 in having no on-camera lighting. In truth this means one fewer moving component to break, and virtually no meaningful difference to most high-end professionals who will supply their own off-camera lighting of one sort or another. One small group of photographers who might be negatively affected is snappers who use their camera’s integrated flash to trigger a nearby optical slave unit.

Still, Nikon taketh away and Nikon giveth – although the monitor on the back of the camera hasn’t grown, it has gained touch sensitivity. Unlike some, it merely tilts, allowing you to angle the camera up and down – it doesn’t swivel or rotate.

The battery deserves a mention – photographers will quickly get used to simply popping the D780 in a cupboard without having to charge it, because the 2k+ shot battery life means most of the time you simply won’t think about it. It’s vastly superior to the Canon EOS 5D Mark IV’s claimed battery life of 900 shots. Once it starts to falter, you’ll be pleased to know that the D780’s next-generation specs extend to its USB port, which is a USB-C PD socket, allowing you to charge the camera without removing the battery. It also gives you the option of charging from a portable power bank.

It’s an agile beast. The D780 simply gets out of the way and lets you concentrate on bagging great images. The viewfinder is a cracker – big and sharp – and that bulging grip gives you plenty to hold on to. Its top speed of 7fps is utterly usable for almost everything but high-end sports and we loved – loved – its autofocus system. Utterly tenacious even in poor light, the relatively austere number of AF points (51 versus multiple hundreds on mirrorless cameras) never held us up. We also found subject and face tracking in live view mode to be excellent. Nikon claims the D780 will focus in conditions up to -3 EV and we used it in a number of low-light, low-contrast scenarios in the hope of tripping it up, only to find it ferociously holding on. We also found leaving the camera to its own devices in either dynamic area or auto-area yielded good results, with it accurately detecting our intended subject and delivering a sharp result. 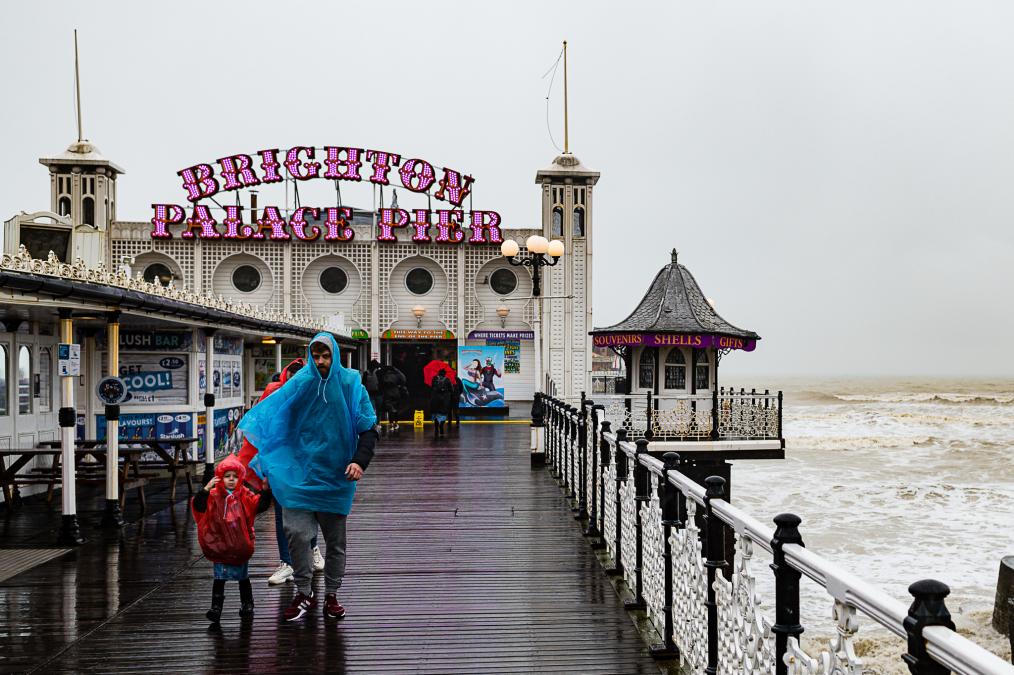 There’s more. Switch to live view and the D780 has a trick up its sleeve – it’s the first Nikon DSLR to offer hybrid live-view autofocus. It’s the same system as in Nikon’s superb range of Z-series cameras. Set the camera to live view and you get on-sensor phase detection that automatically switches to contrast detection if it needs to. You get a LOT of autofocus points: 273 to be precise, which camera nerds will spot is identical to the number on the mirrorless Z6. A decent live-view autofocus system opens up a few possibilities, not least of which is the promise of using autofocus during video recording (see below), but also of using face detection, which proved super-accurate during our tests on a sugared-up toddler.

Brick by brick, reasons to buy the D780 fall into place. There are stacks of processor-intensive tricks up its sleeve, such as in-camera focus stacking, in which you can give the camera the desired number of images to shoot and how much it should shift focus by each time (albeit in frustratingly imprecise “narrow” and “wide” terms). There’s also an integrated intervalometer and a time-lapse mode, to the presumed horror of remote trigger manufacturers everywhere. All three work well and go a long way to making the D780 just about all the camera equipment a lot of photographers will ever need.

So far, it’s a solid four out of five. Then you start reviewing your images and fall in love all over again. The colour science behind the D780 is rock solid, which resulted in images with loads of edit-ability; meanwhile, editorial photographers will appreciate the lifelike tones and wide dynamic range, which make for images that can be filed with absolutely minimal intervention.

ISO performance is crazy. In terms of noise there’s little distinction to be made between images shot at ISO 100 and 800, and we found there were another three stops – up to ISO 6,400 – where the D780 was able to produce profoundly usable images. Beyond that noise begins to make itself known, but even so, our ISO 12,800 test images were – to our eyes – printable, which gives photographers an unbelievable amount of latitude in terms of output. At what point does the D780 start making unusable images? It really depends what you’re shooting, but we felt perhaps ISO 51,200 might represent the upper limit of usability for all but the most newsworthy of frames. 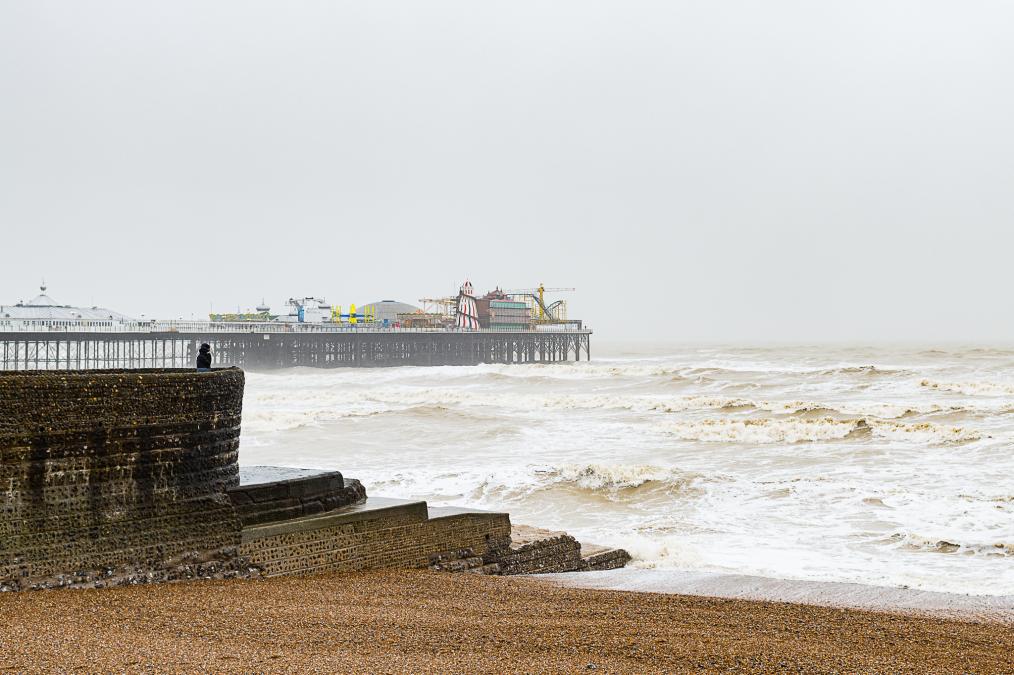 One slight niggle is that N-log – the option to shoot ultra-flat footage with the broadest possible dynamic range – is only available to the D780 when you use an external recorder. Other cameras, most notably the Canon EOS R, can record it internally. Still, we shot with the camera’s integrated Neutral colour profile and found plenty of edit-ability when it came to grading footage.

Videos move nicely – we had to move the D780 very violently to get any of the leaning verticals associated with rolling shutter, and from our tests at least, we wouldn’t hesitate to shoot fast-moving subjects and attempt vigorous camera pans with it.

It’s a very usable video camera thanks to some pro-level inclusions. Hardware-wise you get audio in and out for external sound recording and monitoring, while internally you get zebra striping and focus peaking, including mid-take focus peaking, which makes pulling focus easier during a shot.

Great images, great battery life, a top-notch movie mode and excellent usability – the Nikon D780 gets pretty much everything right for the price. Most importantly, the images it makes are superb, with the instant quality demanded by editorial photographers but the pliability desired by digital artists. Those working in low light will love it, as well as the camera’s autofocus abilities, which are state of the art whether you’re using the phase-detection module through the viewfinder or the hybrid AF system on the sensor.

It’s nicely built – perhaps not as well as the “doubles as a hammer” Nikon D5 but certainly well enough that it will survive all but the most abject abuse. Similarly, the controls are big and easy to hit – there are meatier buttons out there but most won’t need them.

The top end of the DSLR market is a rollercoaster, and choosing what you’re going to spend your hard-earned on is a challenge – but it’s hard to imagine many photographers spending their cash on this and feeling disappointed.

Don't miss a deal at Virgin Media
Best offers at Ticketmaster UK
Discounts, Sales and Deals at Marks and Spencer
Save your money with Go Daddy
Online-Shopping with Sephora
Best products at Carphone Warehouse
Latest Posts