Maximus Answer DualCam Video Doorbell review: That second camera is for keeping an eye on parcels

Most video doorbells have a wide-angle fisheye lens that lets you see almost from side-to-side in front of your house, but they typically don’t cover up and down so well. That means a package left near your door might be out of view of the camera. The Maximus Answer DualCam Video Doorbell gets around this by having two cameras: one pointed out to cover visitors at the front of your house, and another pointing down to give you a clear view of anything on your porch.

The dual cameras worked surprisingly well during my review period. The images from both are lined up to give a more-or-less full view of the area in front of your door and your porch. When a package was dropped off to my house, I was able to watch the deliveryman approach, put it down and walk away. And then all the time it was sitting there, I could see it. You can digitally zoom each camera, but not enough to see the address label on a box sitting at your door. 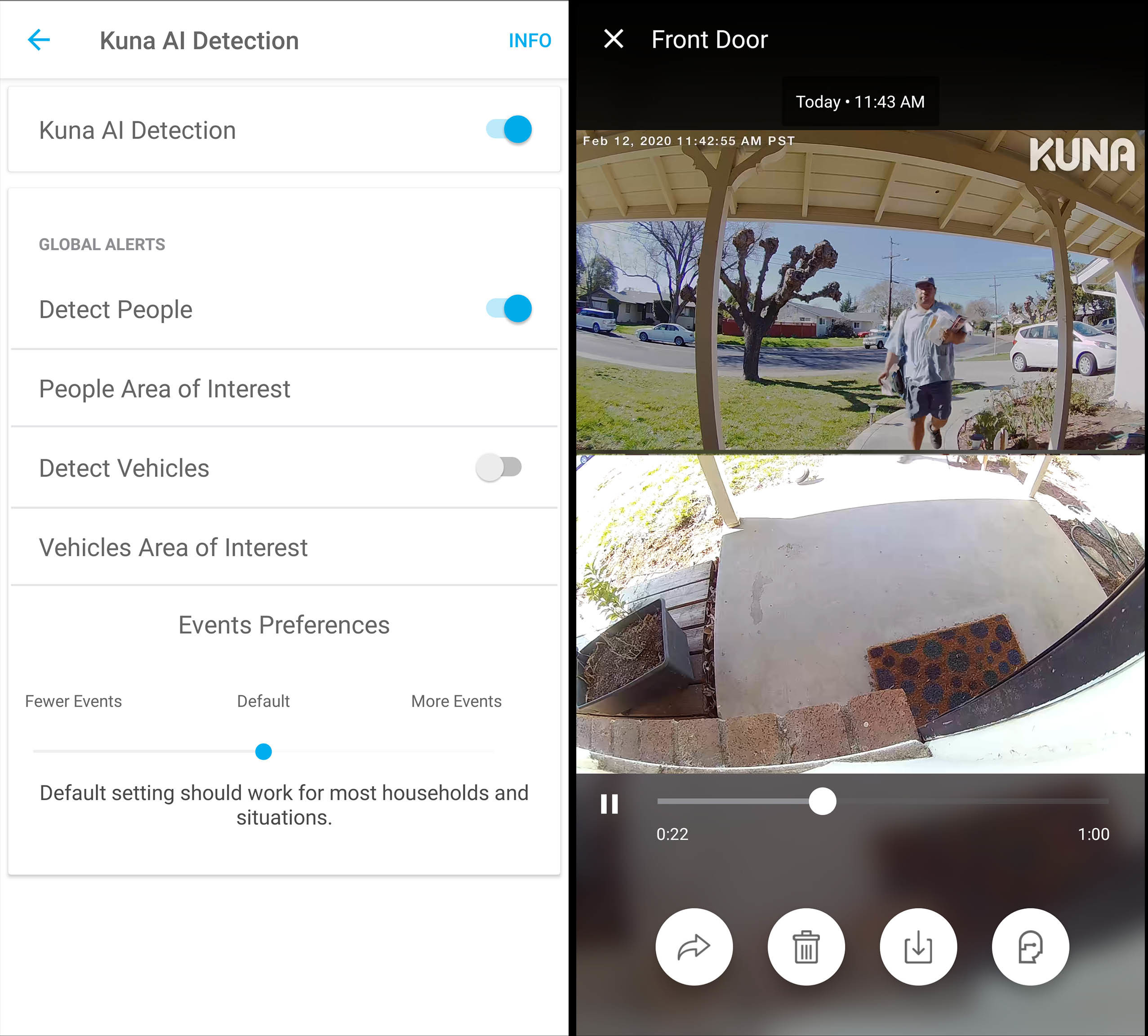 One surprisingly useful addition on the camera is a pair of LED lights that can downwards illuminate your porch. This is useful to get a better camera view during at night, but they can also be programmed to come on at dusk and off at dawn to provide continuous, low-level illumination.

I was surprised at how good this looked when approaching my front door at night and ended up keeping them on. If you live in an area with high rates of parcel theft, however, the lights could potentially make a waiting parcel more visible than it otherwise would be. Being able to see a parcel on your porch does nothing to prevent someone from stealing it, although it will give you forensic evidence that you can provide to the police.

As I unpacked the camera, I was confused by several different company and brand names on the packaging, and it’s worth understanding these. Maximus is a brand name used by Jiawei Technology, which is based in Shenzhen, China. The detection system is offered by a different company: Kuna Systems. Kuna is based in California, and its detection engine is used in smart home products marketed under its own brand and those of Maximus and VuPoint Solutions, under the brand name Toucan. Speaking of Toucan, VuPoint has a battery-powered doorbell with a vertically wide-angle lens designed to keep packages on your point in its field of view. We saw the Toucan doorbell at CES and are in the process of reviewing it. 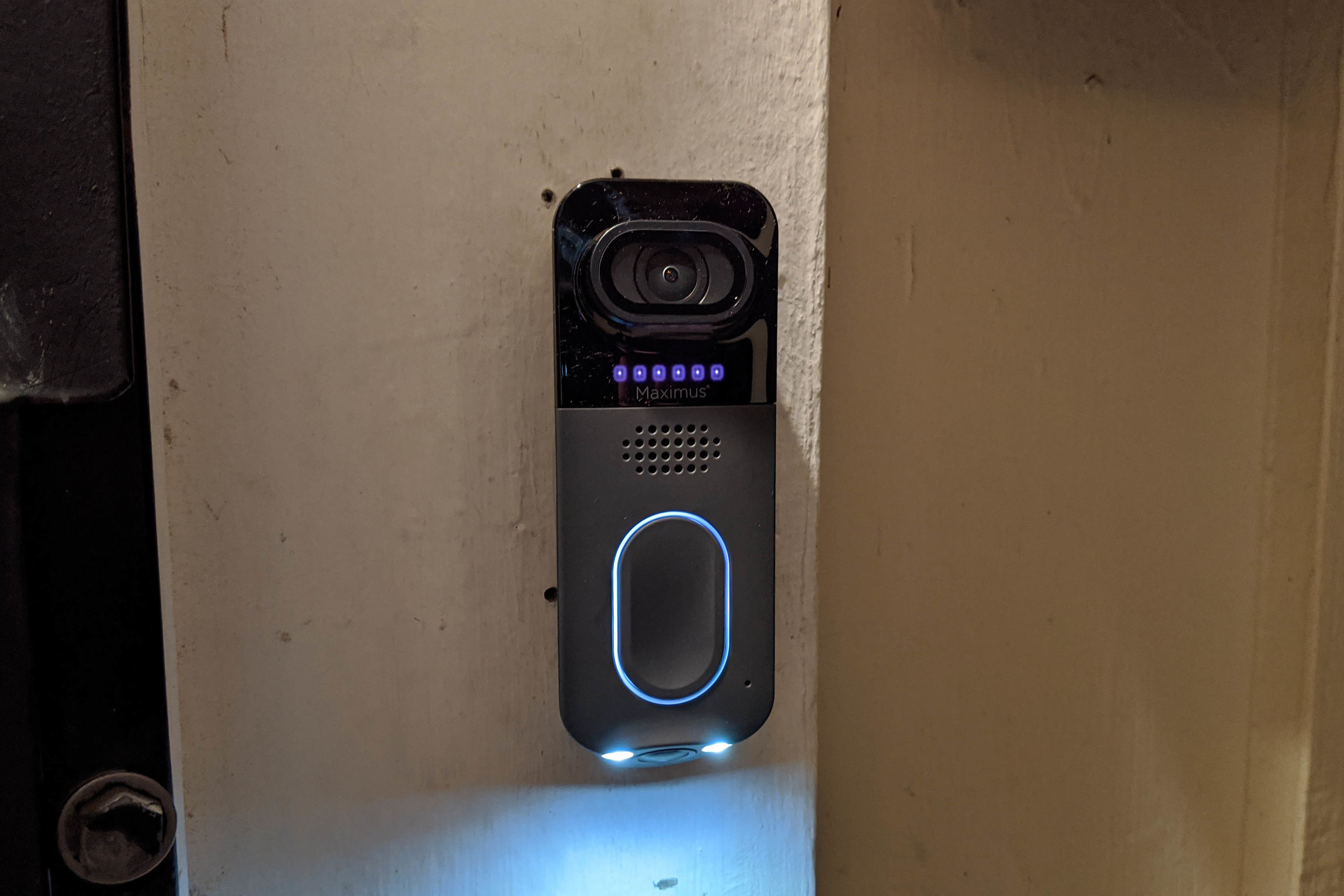 The Answer DualCam depends on a 12-24 AC power supply—typical for doorbells in the U.S.—so most people will be replacing an existing doorbell. If your home doesn’t have a doorbell, and you don’t want to deal with pulling wires, you should get a battery-powered model such as the Ring Video Doorbell 2.

In any event, replacing my doorbell with the DualCam was simple. You must first install a chime connector to your existing doorbell, and then it’s as easy as removing the old doorbell, installing a plate to hold the new one, and connecting the two wires to a couple of screw terminals on the back of the new device. Maximus also supplies a mounting wedge, so that the doorbell can be better angled towards the porch in the event that provides a better view.

The doorbell connects to Wi-Fi (either 2.4- or 5GHz), and the connection between the doorbell and your home network is encrypted with 256-bit AES encryption. 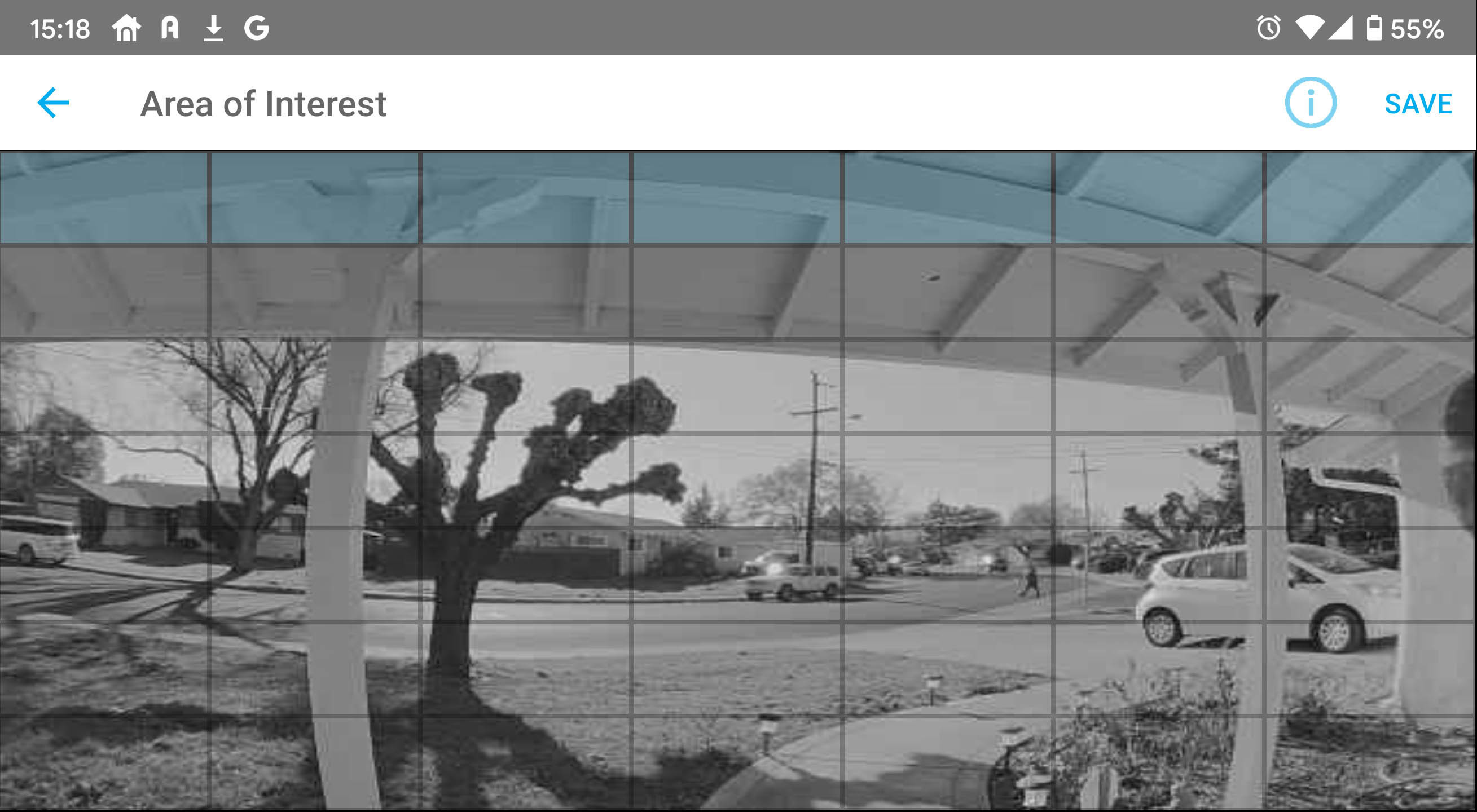 The doorbell offers two ways to detect motion: user-set motion zones and a subscription-based “AI” system that attempts to detect people and vehicles. I started off using the “areas of interest” motion zones and it was hopeless. My front door faces a residential street and cars pass every minute or so. The detection was being triggered all the time. Even when I deselected the entire street area (see the image below, the blue area is the one selected for motion detection), the camera still triggered so much that it was useless.

I contacted Maximus and they advised that I should try the “Kuna AI” system and, sure enough, that cleared up all the problems. The system has different detection settings for people and vehicles, and each can cover different detection zones. There is also a setting for “fewer, default or more” event alerts.

In short, the Kuna AI detection cleared up the single biggest problem I was having with the camera: too many useless alerts. 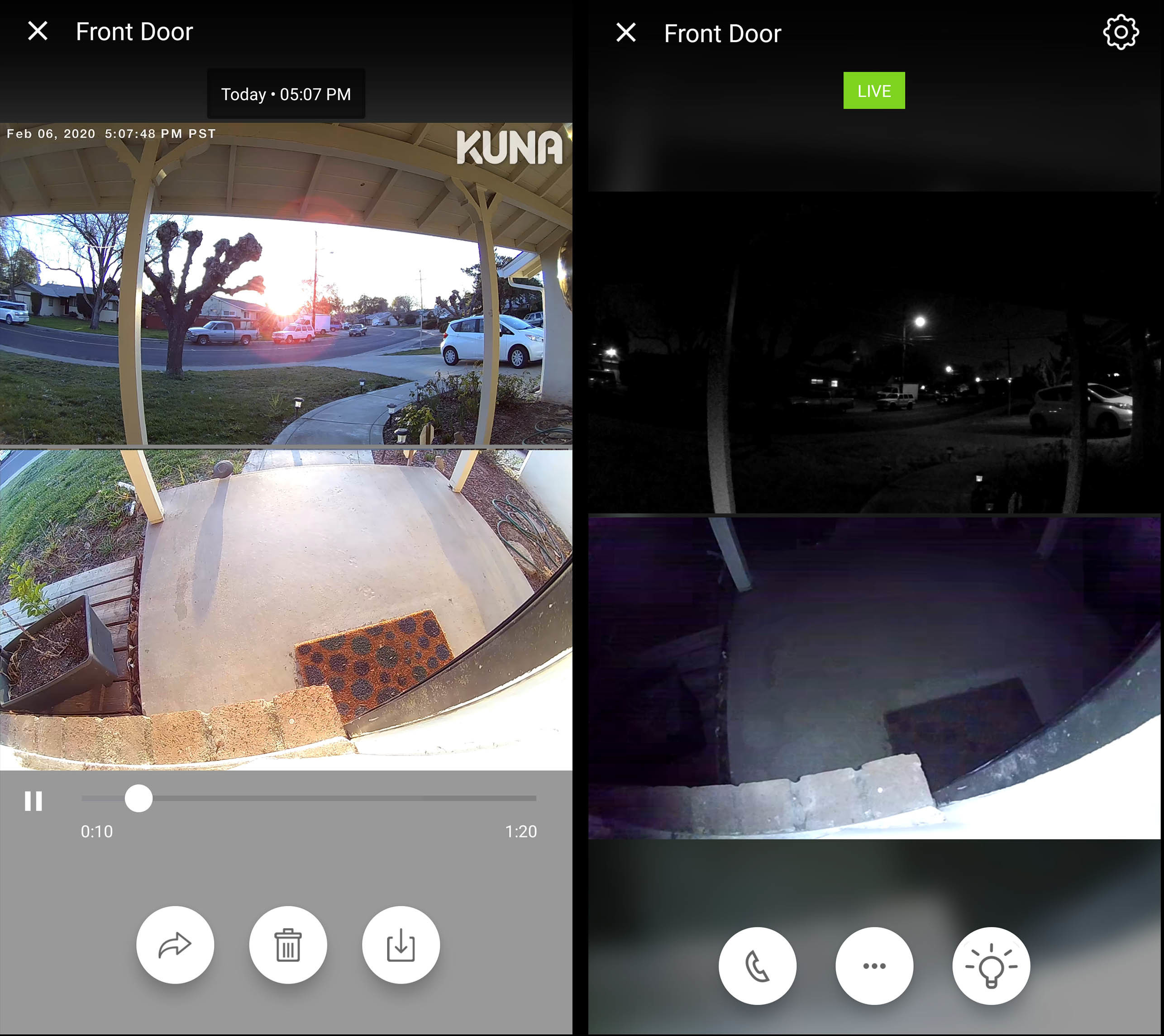 But there’s an important catch that potential buyers need to be aware of: Kuna AI isn’t included in the price of the Answer DulaCam. The subscription-based service costs $5 per month for one compatible security camera, $10 per month for up to four cameras, or $20 per month for up to eight cameras. The service is billed for a full year at a time, but you can get a pro-rated refund if you cancel before the year is up.

So, if you’re hoping to use this without a subscription and your doorbell will be installed anywhere near your street, Maximus’s video doorbell might not work for you. As with all subscriptions, take into account the long-term cost of the system when you make this decision. The doorbell costs $200, but the total cost of buying and running it for 5 years will be $500.

If you’re fine with paying a subscription, the Kuna AI system works great and Maximus’s Answer DualCam video doorbell should satisfy you.

The Maximus Answer Video Doorbell offers a second camera to keep watch on your parcels but you’ll need to pay a subscription to get the full benefit.

Don't miss a deal at Newegg
Best offers at Adobe
Discounts, Sales and Deals at EBay DE
Save your money with TalkTalk Phone and Broadband
Online-Shopping with Argos
Best products at FNAC
Latest Posts