If you’re looking for top-tier 2.5-inch SSD performance, you’d be hard-pressed to find anything better than Kingston’s KC600. It’s thin, light, and there’s no drop in performance during long writes, as is the case with many bargain drives. But you’ll pay for the privilege.

The KC600 is a 7mm, 2.5-inch, SATA 6Gbps drive. We tested the 1TB version available via Kingston for $140.40. You can find the 256GB and 512GB capacities on Amazon as well as Kingston’s site. There’s also a 2TB flavor, though it’s not for sale yet. You might be able to find the KC600 cheaper elsewhere, but discounts were modest in my searches.

The KC600 series employs 96-layer, TLC (Triple-Level Cell/3-bit) NAND, and a Silicon Motion 2269 controller. There’s a 1:1000 ratio DRAM cache, i.e, 1MB of DRAM per 1GB of capacity. Some of the TLC is allocated as SLC (writing one bit instead of three) as secondary cache. The drives carry a 5-year warranty and a 150TBW rating per 250GB of capacity, meaning the 1TB version I tested is rated for 600TBW.

TeraBytes Written (TBW) is a measurement of how much data can be written to the drive before cells can no longer be maintained at the rated capacity. It’s not a set-in-stone figure, rather an estimate that takes into account a number of factors, including how many drives a company can afford to replace. The scuttlebutt around the industry is that TBW ratings are as conservative as they are for the latter reason. Low or high, I’ve yet to see a TBW rating that wasn’t considerably larger than the average user will ever write over the life of the drive.

The 1TB version of the KC600 (dark yellow-/mustard-colored in the charts) that Kingston provided us with proved a very good performer—among the fastest we’ve seen at all tasks. Note that the 256GB model is rated for 20MBps slower writing, likely due to having fewer chips to shotgun data across. 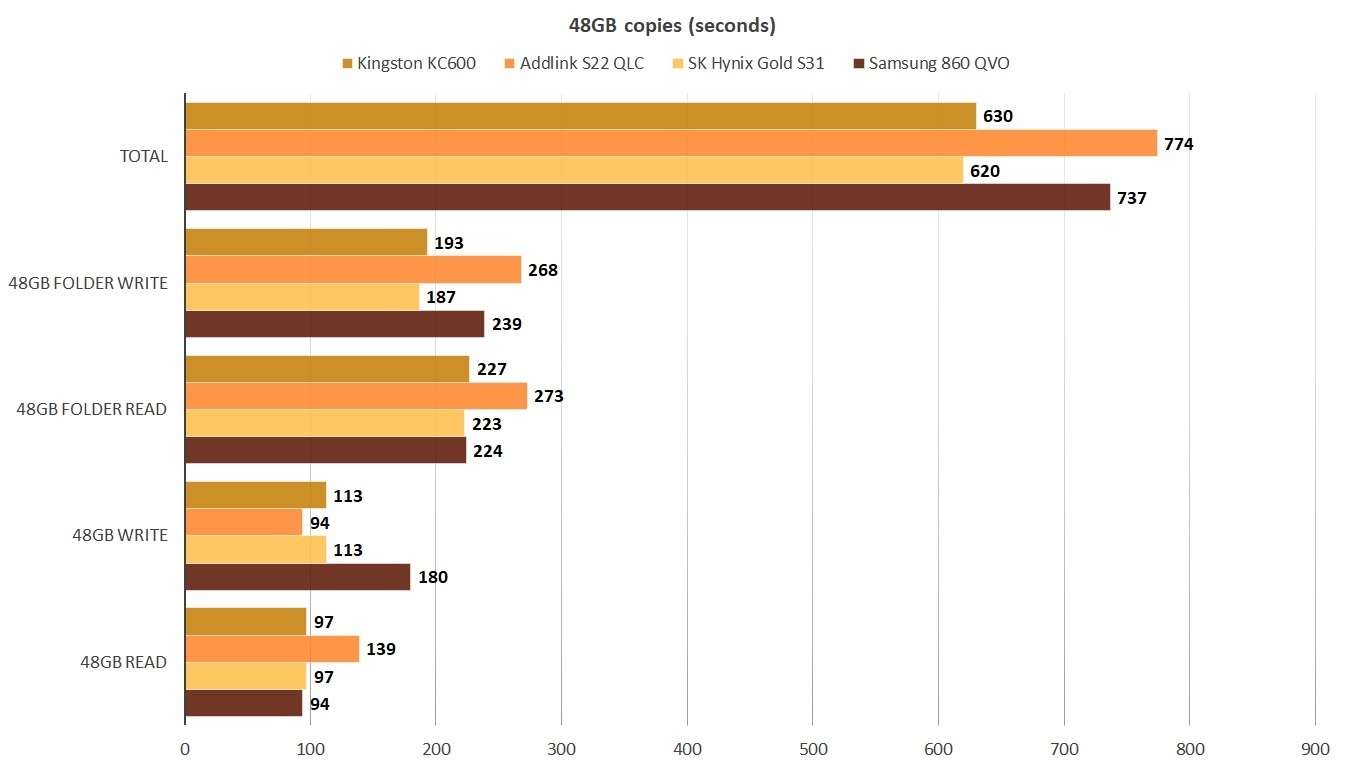 In the charts, I’ve compared the KC600 to the recently reviewed Addlink S22 QLC and Samsung 860 QVO which are both QLC (Quad-Level Cell/4-bit per cell) drives, as well as the TLC-based SK Hynix Gold S31—its closest overall competitor. 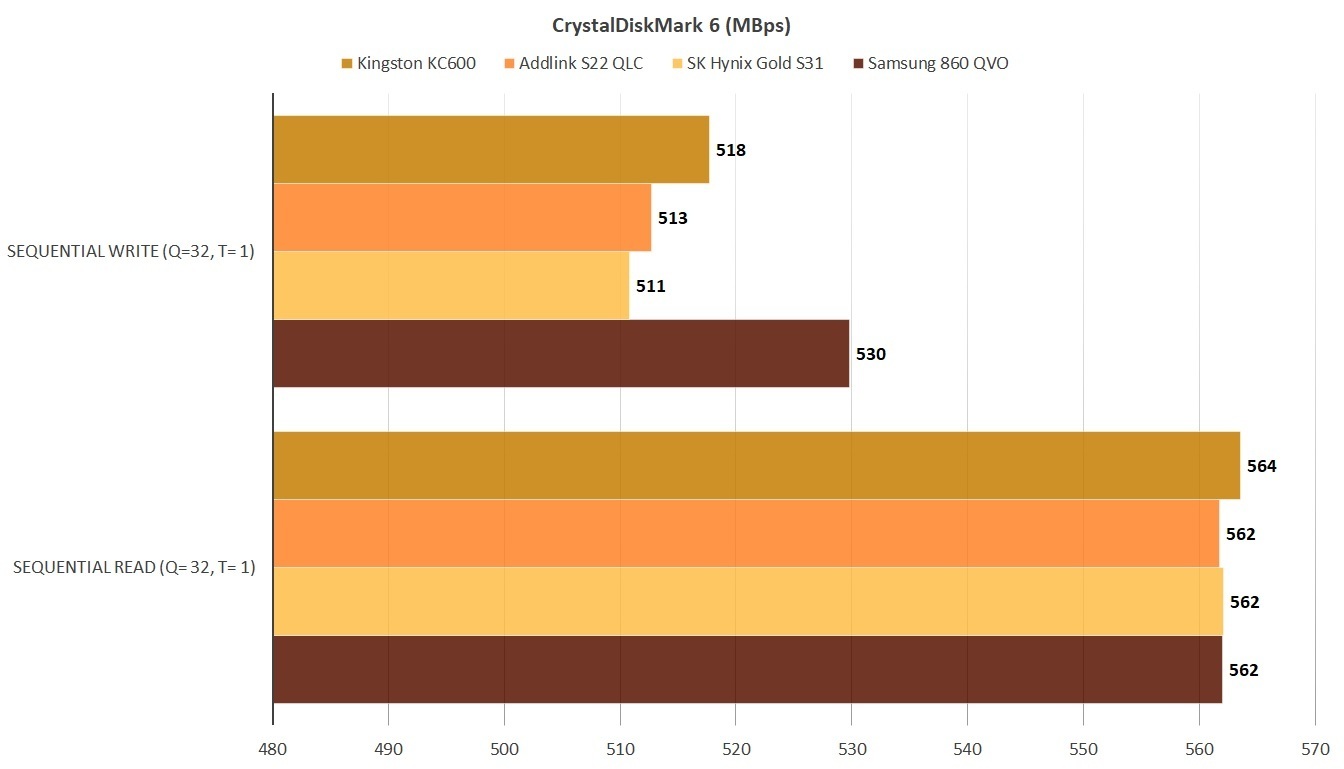 The KC600 also sustained its top write speed throughout an entire 450GB single file write, something the Samsung 860 QVO can’t do.

The KC600 is a very good drive, close to best in class. I’d pay a bit more for the KC600 than say the Addlink S22, but the SK Hynix Gold S31 offers the same performance and is a little less expensive. That may change. Buy accordingly.

The KC600 is a very good performer, and self-encrypting with support for TCG Opal, AES 256-bit, and eDrive. It’s a little pricey compared to the competition, but it’s also a great product.

Don't miss a deal at Sky
Best offers at Argos
Discounts, Sales and Deals at EE Mobile
Save your money with Brian Tracy
Online-Shopping with Ancestry
Best products at Newegg
Latest Posts