Huawei P40 release date: Everything you need to know about Huawei’s next flagship phone

Will the next handset from the Chinese manufacturer be its best yet, or mired in growing political and trade tensions with the US?

Huawei has been the brand on everyone’s lips since the beginning of the trade dispute between China and the US. The company has been at the centre of a storm between Chinese and Western governments, scrutinised for its alleged links to the Chinese state.

Huawei released their most recent model, the P30, with their own version of Android as Google’s android system was no longer an option under recent US trade sanctions. From a product perspective, this was the critical downfall of an otherwise fantastic smartphone.

Could there be hope for the Huawei P40? Politics aside, we rate Huawei handsets very highly and have high hopes for the next device in the pipeline. Read on for our very early ponderings on what we’d like to see in the P40.

Huawei P40 release date: When will it launch?

Richard Yu, CEO of Huawei Business Group, has confirmed that the smartphone is scheduled to launch on 26 March. This was announced at the company’s online event held in place of the Mobile World Congress Keynote.

We’re hoping that now Huawei is moving forward with its own open-source version of android, that there will be less opportunity for setbacks but anything is possible between now the 26 March.

Ahead of this event, the Huawei P40 Lite has been revealed in Europe and presales open on 2 March via Huawei’s Spanish e-store. It then goes on more general release from 16 March. The €299 phone is powered by the Kirin 810 chipset and runs on the EMUI 10 operating system – a stripped back version of Android 10. You can read more about the Huawei P40 Lite in our news article.

Huawei P40 price: How much will it cost?

DigitalTrends managed to get an exclusive hands-on with a prototype of what is believed to be the Huawei P40, judging by it’s smaller camera set-up.

Unfortunately, the phone was only allowed to be photographed from the back but, from what we can deduce, there appears to be three lenses with a ToF sensor and LED flash next to them. Andy Boxall, of DigitalTrends, praised the “superb” in-hand feel due to the curved glass and rounded-off corners.

It’s reported there will be a USB-C charging port, physical volume and power buttons but, unsurprisingly, no headphone socket. The words printed on the rear of the device are thought to be codewords for ‘Huawei’ and ‘Leica’. 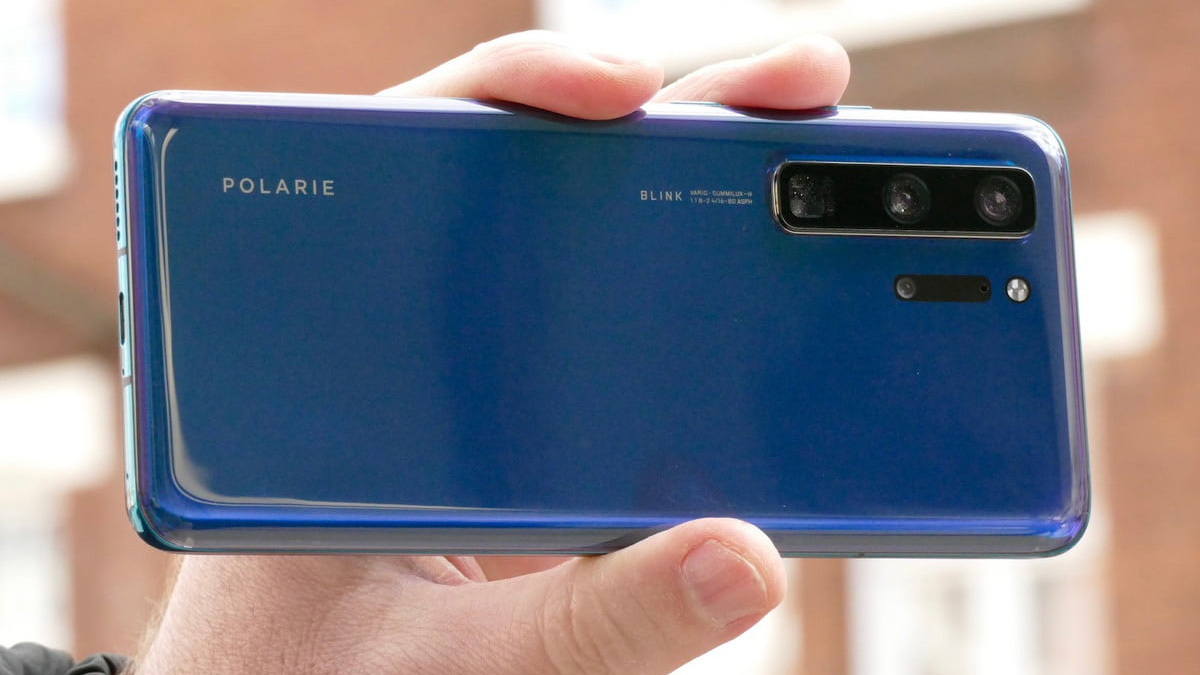 Site, 91mobiles, claim to have received some official renders from industry sources. The renders, as shown below, give a comprehensive overview of the design and an idea of the camera set up we can expect. It looks as though the hefty camera bump is here to stay but the camera specs will be improved. We’ll look at this in more detail below.

The display looks as though it will have a water-drop notch or a punch-hole cutout for the front camera and an in-display fingerprint sensor, following on from the previous models. 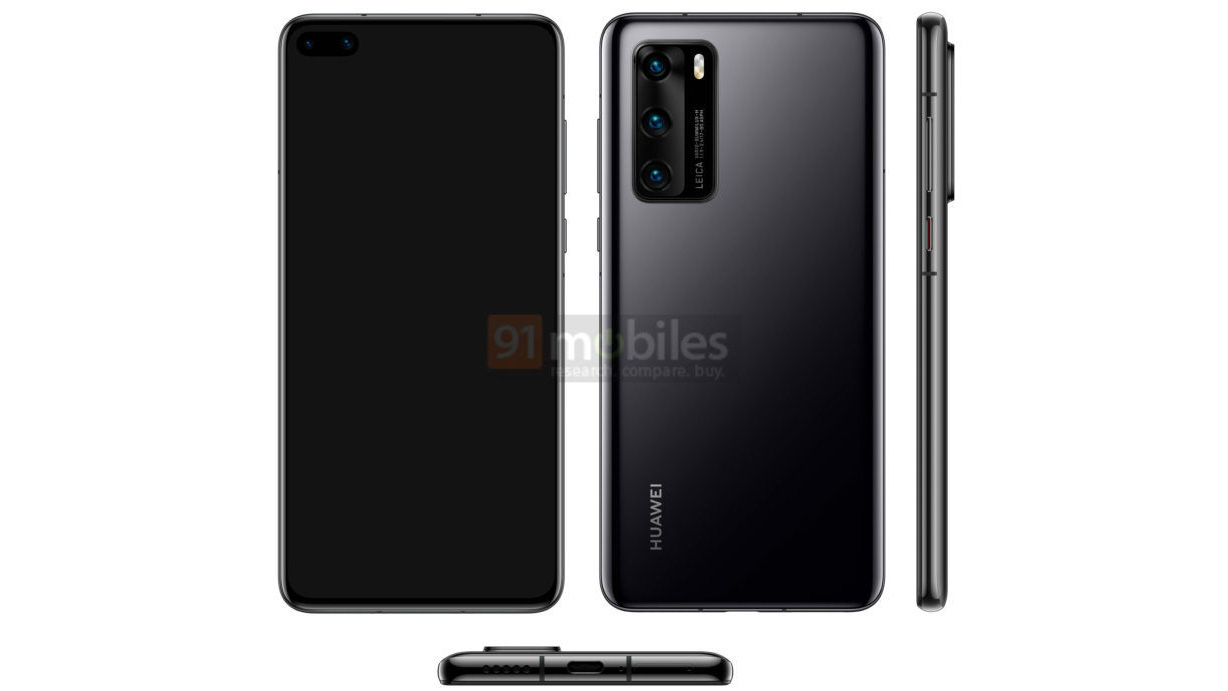 Huawei P40 features and specs: What will it do differently?

There are a number of unsubstantiated rumours flying around about the potential for 5G capability, but for now we can assume that the flagship HiSilicon Kirin 990 chipset, announced at IFA, will be made use of.

This chip is 5G ready so we’d have to deduce that the P40 will be joining the super fast gang. Download speeds of 2.3Gbps per second are expected amongst many other benefits.

As it stands, Huawei’s OS isn’t set in stone. French site, Frandroid, was informed by the head of the consumer sector, Richard Yu, that the P40 will run Android 10.

However, as the US ban rumbles on there is talk of Huawei ruling Android 10 out altogether and moving forward with its own operating system, HarmonyOS.

Regardless, fans will be hoping for an expansion of the app library in order to compete with Android 10. Hopefully being the second-largest smartphone manufacturer in the world will work in their favour when encouraging app developers to make the switch.

From the leaked renders above, we can see a rectangular camera bump with three LEICA-powered lenses and an LED flash. It looks as though there’s two selfie cameras in the punch-hole design at the top left of the display.

The P40 Pro has more detailed camera specification leaks, with a rumoured 10x optical zoom through its improved periscope lens, an upgrade from the P30’s 5x zoom. It’s also rumoured to house a 64MP Sony IMX686 primary sensor, a 20MP ultra-angle-wide lens, a 12MP periscope telephoto lens, a macro lens, and a Time of Flight sensor.

Popular leaks site, SlashLeaks, has released an image that supposedly shows what the front-facing camera on the P40 Pro will look like. The image itself hasn’t been received entirely well from readers, with most voting it as fake. If there is any truth to this leak it could mean the Pro will house two hefty front-facing cameras in a punch-hole design.

0 0 0
Previous ArticleCanon EOS R5: everything we know so far about the new mirrorless marvel
Next ArticleAmazon Echo Glow review: A fun, kid-friendly smart lamp that works with Alexa
Comments (0)

Don't miss a deal at Boohoo
Best offers at Mobiles
Discounts, Sales and Deals at Bodybuilding
Save your money with Newegg
Online-Shopping with FNAC
Best products at Vimeo
Latest Posts