It’s an interesting concept, but does this Windows/Android tablet deliver?

An affordable and likeable Windows/Android tablet, let down by Wi-Fi and performance issues.

On the other side of the world there are hundreds of Chinese tech companies busy churning out products which they hope will tempt online visitors to pull the trigger on a purchase.

This almost evolutionary process of product creation has delivered some surprising models like the Cenovo King Kong or the Gole Gole1 (which we shall review soon).

There’s also the non-glamorous side of things where these companies simply seek inspiration for new products from more established companies like Apple, Microsoft, Samsung or Lenovo, shamelessly piggy-backing on their marketing campaigns.

The Teclast X98 Plus II tablet is one of them, with the design being loosely based on that of the four-year-old Apple iPad 3 tablet.

But it has one major selling point aside from its looks – namely the ability to boot Windows and Android.

Teclast pulls off this trick using AMIDuOS, a product by American Megatrends that can convert any recent Windows device into one that runs a native Android operating system, complete with storage and file sharing capabilities, for as little as £11.

However, note that while you should be able to update Windows regularly, you will be stuck on Android 5.1 (Lollipop) with no foreseeable upgrade path.

(The retail cost is exclusive of any taxes that may be levied by HMRC or the courier companies on behalf of the seller. Want to buy tech from online Chinese retailers? Read this first.)

The tablet uses a 9.7-inch IPS display with a 4:3 aspect ratio and a 2,048 x 1,536-pixel resolution; just like Apple’s tablet. Some cynical minds might suggest that these were surplus components – leftovers following the recent softening of the tablet market. 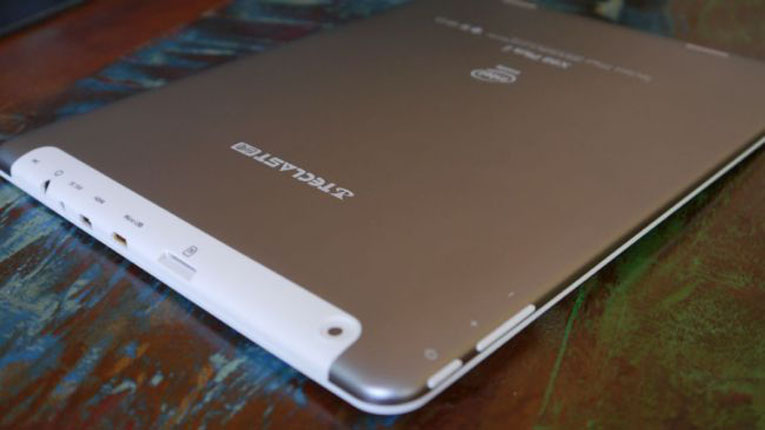 To Teclast’s credit though, the tablet is well-built with no creaking or screen flex evident. There’s no real surprise when it comes to the dimensions – at 240 x 176 x 8mm and weighing 568g, it’s actually just a tad bigger than the iPad Air and far more portable than the iPad 3.

The back is mostly made of an aluminium alloy, with a layer of glass covering the front and the white bezel.

Holding the device in portrait mode, the front-facing, 2-megapixel camera can be found at the top with the rocker volume and the power button on the right-hand side.

At the back you’ll find another 2-megapixel camera, with the proprietary power connector, a microUSB port, a micro-HDMI one, a microSD card slot, a microphone and a headphone socket.

The Teclast X98 Plus II uses a 12.5W (5A/2.5V) power supply unit but you can still charge it via USB by connecting it to any standard USB port.

Inside the tablet are the same set of components that you’ll currently find in the majority of entry-level tablets, as well as desktop computers and laptops at the low-end of the market.

The tablet is powered by an 8,000mAh battery – the battery life of the device depends on whether you use it under Windows or Android, and your mileage will vary wildly. 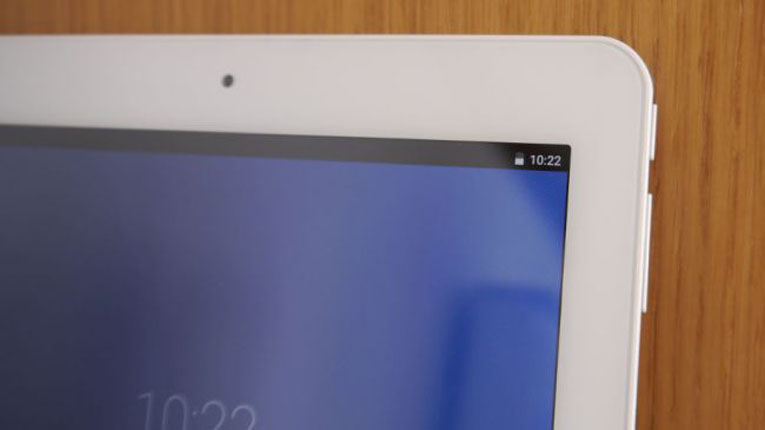 In use, the tablet was as slow (or as fast) as you’d expect from an Atom tablet, not helped by the fact that its driving far more pixels than usual. A QXGA display as seen here has 51% more pixels than a full HD one, so that’s a considerably bigger workload.

You can swap operating systems by clicking the appropriate icon which will boot into the other OS within seconds. Booting from Windows to Android restarts the system.

If you are booting from cold (i.e. after a power off), then there is a dual-boot screen that gives you 10 seconds to choose which OS to boot.

As with so many Chinese vendors, the OS is preloaded and preregistered, something that we neither condone nor encourage.

We encountered a worrying number of Wi-Fi issues ranging from the inability to connect to our default SSID to absurdly (and abnormally) low Wi-Fi speeds.

Things were worse in Android than in Windows: we saw speeds of 11Mbps while running Microsoft’s OS, while Android managed a meagre 6.5Mbps.

AMIDuOS provides “simulated” Wi-Fi services to provide network access to Android applications and that might explain the drop in wireless performance.

This problem has been reported by a number of users and other reviewers as well. Sadly, although Teclast’s website provided a firmware update (available on November 15), we couldn’t download the upgrade because it’s hosted on OneDrive (and the user has exceeded its download limits).

Running the X98 Plus II through our usual set of (Windows) benchmark tests showed mixed results. It outperformed other devices running on the same set of components in one benchmark (GeekBench) but slumped horribly in others (Passmark, CPU-Z, Cinebench), with CrystalDiskMark being the test where the slate performed the worst. 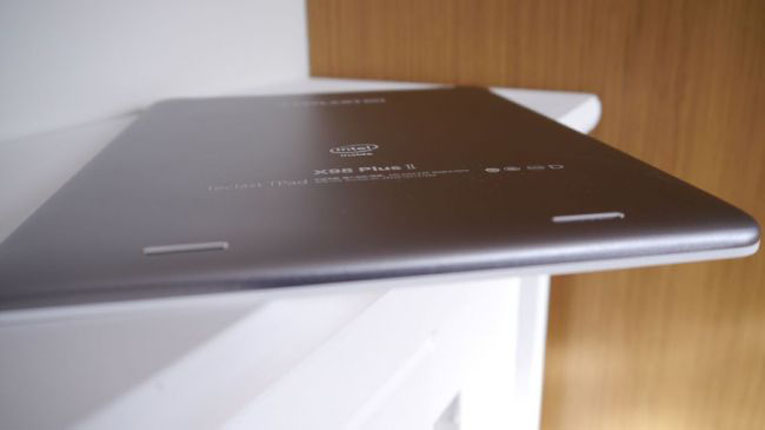 If you don’t want to spend £600 (or $800, which is around AU$1,080) on a Microsoft Surface Pro 4 convertible tablet, then the list of alternative potential candidates is, well, fairly short.

The Chuwi Hi10 Windows tablet should be on your shortlist – sure, it doesn’t boot into Android but you can use AMIDuOS. Joining the Chuwi should also be the Jumper EZpad 5S especially if you throw in the keyboard cover.

We’d still side with the Teclast X98 Plus II despite its Wi-Fi and performance issues – simply because it’s reasonably affordable and the 4:3 aspect ratio works wonders. And the ability to dual-boot between Android and Windows is something ALL tablets should offer (come on Microsoft and Google).

Don't miss a deal at TalkTalk Phone and Broadband
Best offers at Intuit Small Business
Discounts, Sales and Deals at Sephora
Save your money with Surfdome
Online-Shopping with Virgin Media
Best products at Sky
Latest Posts