Hands on: Kobo Aura One review

The Aura One is one of the best premium ereader devices, but a larger screen on a Kobo may not be for everyone.

Kobo’s latest premium device is the phablet of the ereader world. It feels huge in the hand right now, but it may be that in five years time a 7.8-inch screen ereader will be the norm.

Every ereader you can buy right now – including all four products in the ever popular Amazon Kindle range – boasts a 6-inch screen, but the Aura One wants to make a major change by offering a larger alternative.

That 7.8-inch screen will feel huge to you if you’ve been using a Kindle or any other ereader already, but the screen pixel density is still high at 300ppi and is more impressive than, say, the Kobo Aura H20. 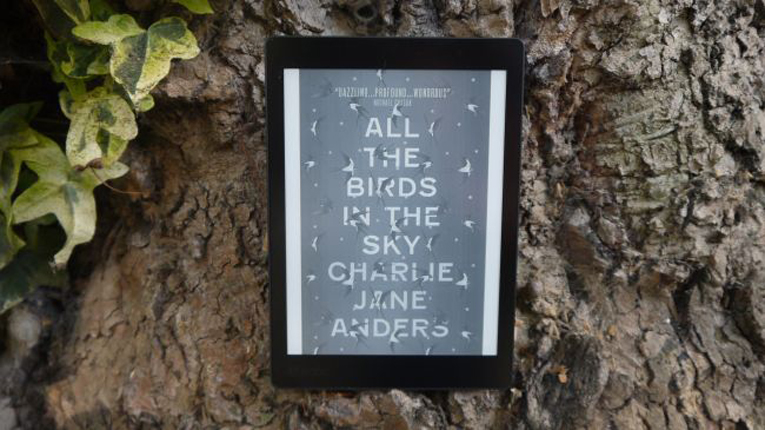 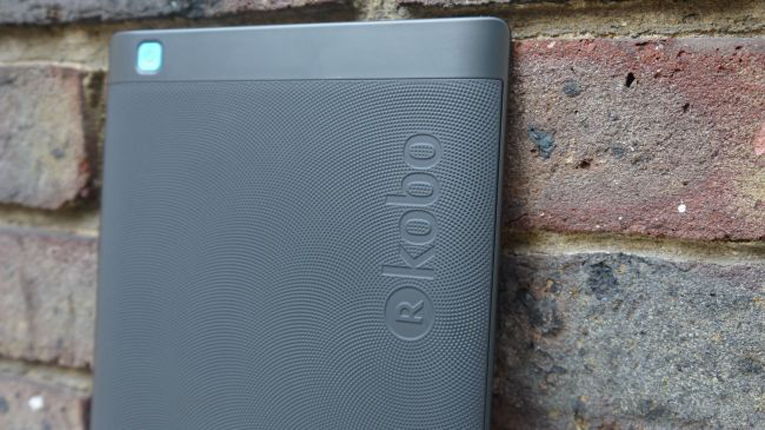 The Kobo Aura One’s screen features a new RGB front lighting technology called ComfortLight Pro, which works in a similar way to Night Shift on your iPhone or iPad – if you’re running iOS 9.3 – and could help you get to sleep better after using a screen. 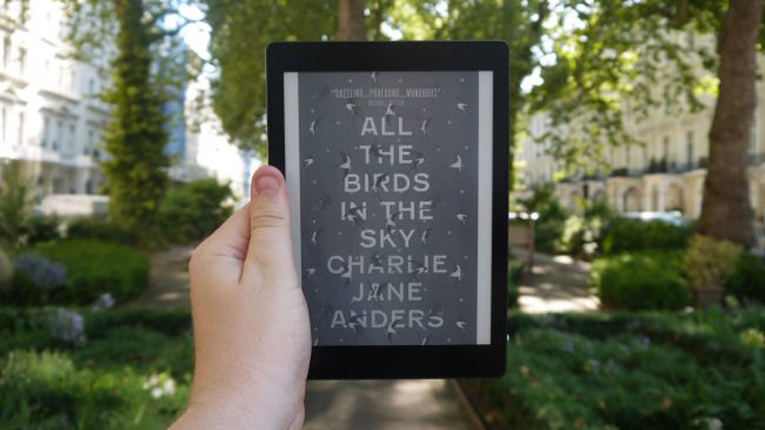 To elaborate, the lighting on the Auro One’s screen will begin with bright blue light at the start of the day and gently switch to darker colors such as yellow, orange and red throughout the day. Research proves this makes it easier to sleep at night.

If you’re often reading in bed, this will mean it’ll be easier to get to sleep at night and that’s only a good thing. 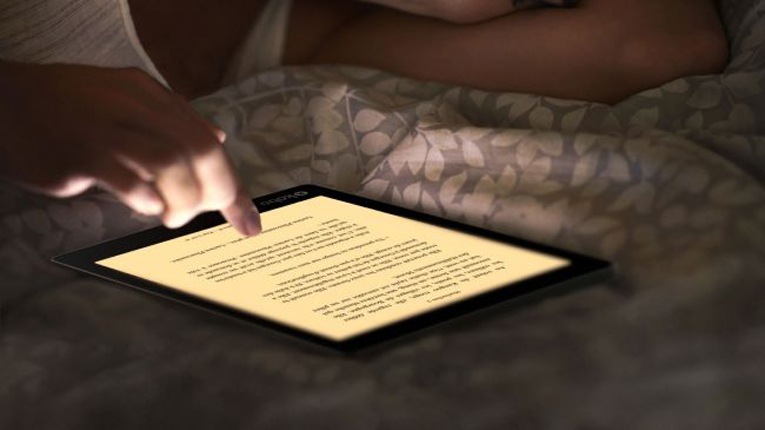 We haven’t been able to test this feature out on the Aura One yet, but it’s sure to be a big selling point if you’re often reading at the end of the day and find a front-lit ereader is keeping you awake at night.

Design-wise, the Aura One doesn’t feel as premium as some Kindle products. The back panel is made up of dotted plastic that makes gripping it easier, but it doesn’t feel as nice as the Kindle Oasis. 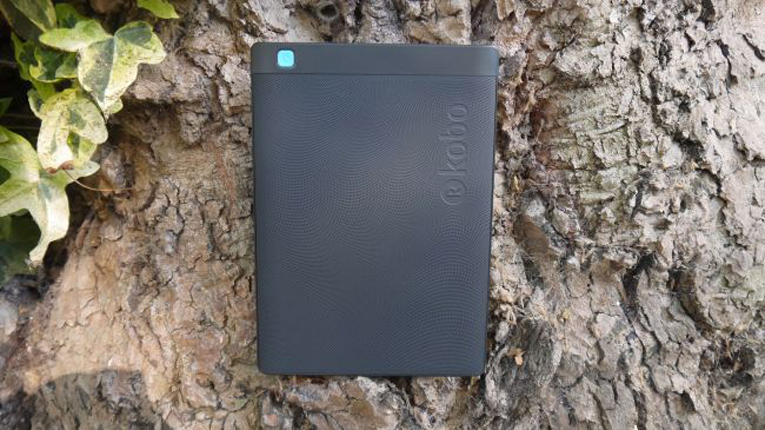 The Aura One is certainly large at 195.1 x 138.5 x 6.9 mm, so you’re likely to need two hands to handle it. This will cause issues while you’re reading on public transport but it’s not unwieldy if you’re prepared to use both hands.

It’s also one of the thinnest ereaders you can buy at 6.9mm, too, as the internals have been spread across the larger device.

There’s a power switch on the rear of the device which is easy to hit when you need to turn the Kobo on and off, but you’ll do that rarely. Apart from that, the Kobo is buttonless. 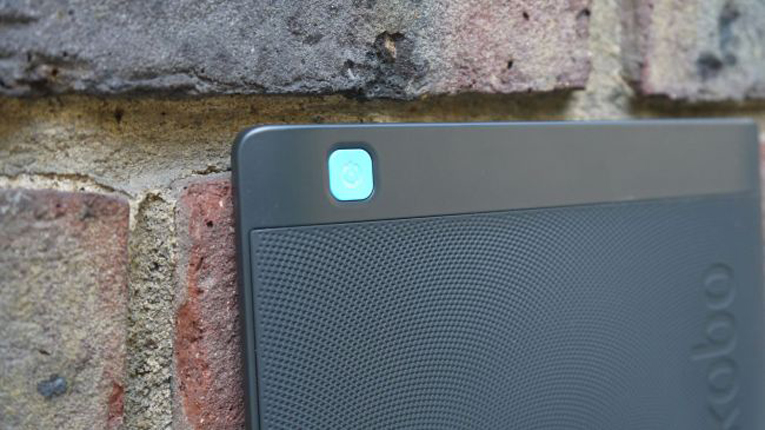 Another big selling point of the Aura One is its waterproof design. Being able to read your ebooks at the side of the pool and not being worried about children running by and splashing your ereader is a great benefit.

Though, it is worth noting the microUSB slot at the bottom of the device is open and could cause issues if you’re on a sandy beach. 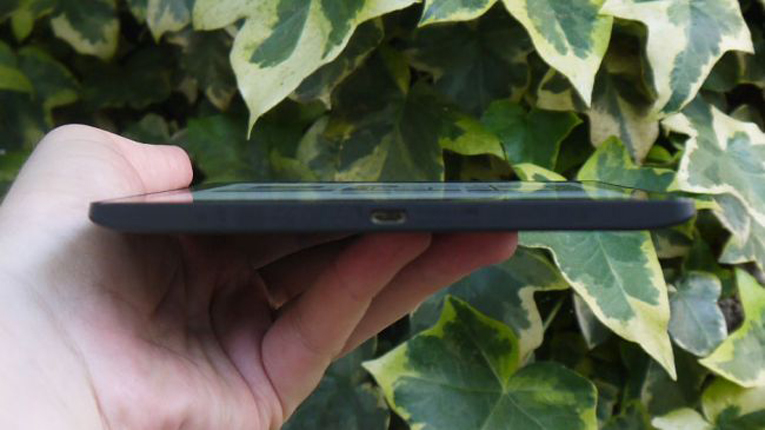 In our brief time with the Aura One, it seems to work as fast as any other ereader you can buy right now. It features 8GB of storage and a battery life of a month, but you will only be able to download your books over Wi-Fi rather than a cellular connection like on some Kindle models.

If you’ve not used an ereader before, there’s no need to worry about the software as it’s easy to get the hang of, and it’ll take even less time if you’ve had one before.

The big issue with buying a Kobo is the store doesn’t have as many options as Amazon’s. 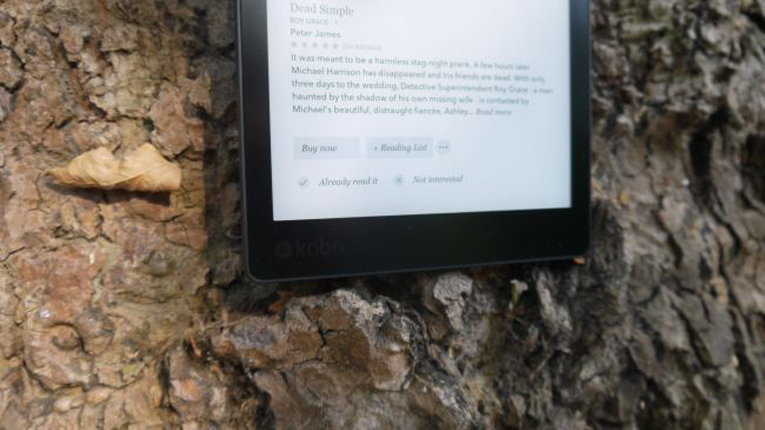 Kobo does offer over five million books, but it doesn’t rival Amazon’s ereader store which is full of options, both new and old. If you’re only after best-selling books, Kobo’s store will keep you happy.

The Aura One is different to any other ereader on the market. The size is a big change and something that will take some getting used to, but the new front-lighting technology will be a big help for many and a waterproof design is always appreciated.

Whether that makes you want to buy a Kobo over an Amazon Kindle is another story though.

0 0 0
Previous ArticleHere's one way the LG G6 may be a big step up from the G5
Next ArticleReceived an item for free? Amazon doesn't want your 'unbiased' review
Comments (3)