Stripped-down, budget-priced home security cameras are rapidly becoming the exception rather than the norm. Eufy’s new Indoor Cam 2K is a perfect example, boasting some of the most advanced technology available and a steal at just $40

Along with its 2K resolution, the AC-powered camera’s standard features include event-triggered recording, night vision, 8x zoom, and two-way audio. It also boasts AI-enabled human and pet detection and the ability to identify a crying baby. Alexa, Google Assistant, and Apple HomeKit—including HomeKit Secure Video, the Apple protocol that allows for the analysis of recorded video clips on a local HomePod, iPad, or Apple TV, as well as encrypted video storage in iCloud—are all supported.

You can store up to 128GB locally on a microSD card. Eufy also offers a pair of cloud storage plans that save your videos for 30 days before overwriting them with new footage. The Basic plan provides storage for $3 a month or $30 a year per camera. The Premier plan gives you a bulk discount for up to 10 cameras for $10 a month or $100 a year. A third option is to save to Network Attached Storage (NAS) via Real Time Streaming Protocol. The Eufy Security companion app includes a setup guide for this method. 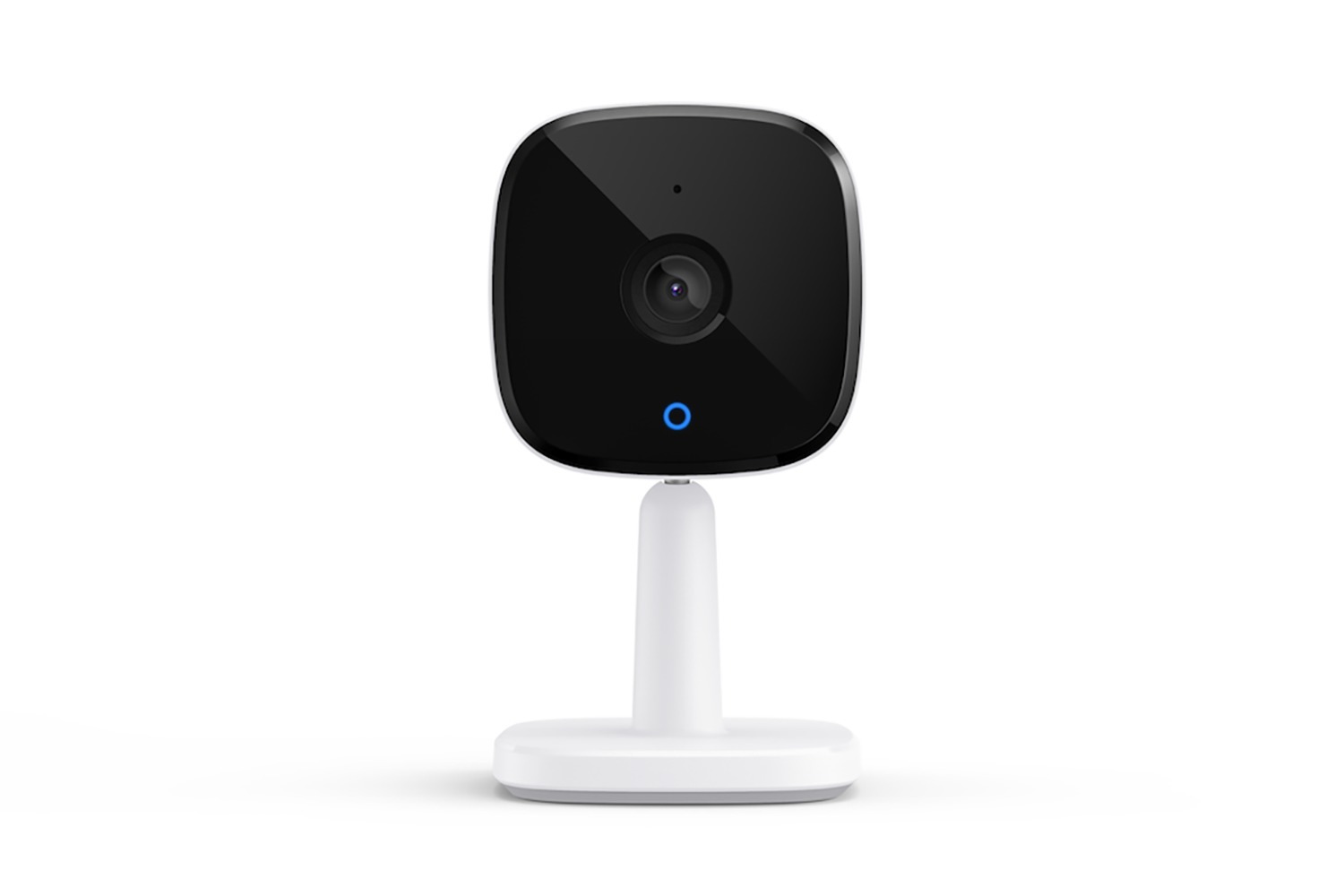 The setup process is about as plug-and-play as security camera’s get. Once you download the Eufy Security app, it shepherds you through the steps of pairing the camera to your phone and connecting it to your Wi-Fi network. A quick scan of the device’s QR code and a login to my network and I was done.

The newly added camera appears on the app’s device screen along with any other connected Eufy cameras. Along with the name you gave the camera during the setup, the app displays a screenshot of the camera’s current view overlaid with a Play button. Pressing this opens the camera’s live feed.

Not surprisingly for a 2K camera, the image quality is tack sharp with rich, accurate color. That should ensure any forensic video it captures will provide plenty of facial and clothing detail for authorities to use. Night vision switches on automatically in low light and illuminates the room evenly, letting you see clearly with little or no ambient light. Below the live feed are two tabs: Live, which is active whenever you’re viewing the feed, and Playback, which opens a scrolling timeline that allows you to scrub through the day’s live footage. At the very bottom of the screen is an expandable toolbar with buttons for capturing video or taking screenshots of the live feed, turning automatic night vision on and off, muting the audio, sounding the camera’s alarm, and accessing the library of event-triggered video clips. There’s also a push-to-talk button that activates the camera’s microphone, so you can communicate remotely with family members or pets or scare off an intruder.

The camera’s AI detection worked well in my testing. Family members were generally identified as human, my dog and cats as pets. Sometimes, though, the same activity would trigger multiple events, each identified differently. For example, at one point my son rocking in his gaming chair trigged three separate alerts: one identified as human, one as sound, and one as motion. All were accurate—it was a moving human making noise—but the fickle descriptions highlight the inconsistencies of even very good AIs.

In addition to recognizing pets, the camera can also automatically issue commands when it does. To set this feature up, you first set an activity zone by masking in an area you want the camera to monitor for motion. Then you record and set the audio command you want the camera to issue when it detects activity in that area. I created an activity zone around my living room couch and recorded an “Off!” command to play whenever my dog jumped on it. The feature worked accurately, and because the recording was in my own voice rather than a canned robotic one, my dog obeyed as if I was in the room with him.

Each notification comes with a large screenshot of the triggering person/pet, and tapping it opens directly to the captured video clip. In addition to setting activity zones, there are several ways to manage how frequently you are alerted to activity. You can adjust the sensitivity of both motion and sound detection and choose what types of sound and movement you want to monitor for. You can also customize the notification settings by selecting the types of detection you want to know about, changing the interval time between two event notifications, and choosing the content you want included in notifications and how it’s delivered (text only; text first, then thumbnail; text and thumbnail together).

Event-triggered clips are organized most-recent first in a library that’s accessible from both the live-feed and device apps. During playback of a clip, you can download, share delete, or “donate” the clip. Choosing the last gives Eufy permission to use for reasons ranging from improving camera features to sharing “a fun/beautiful video,” which I took to mean using the video for their marketing, although that’s not made explicit in the app. 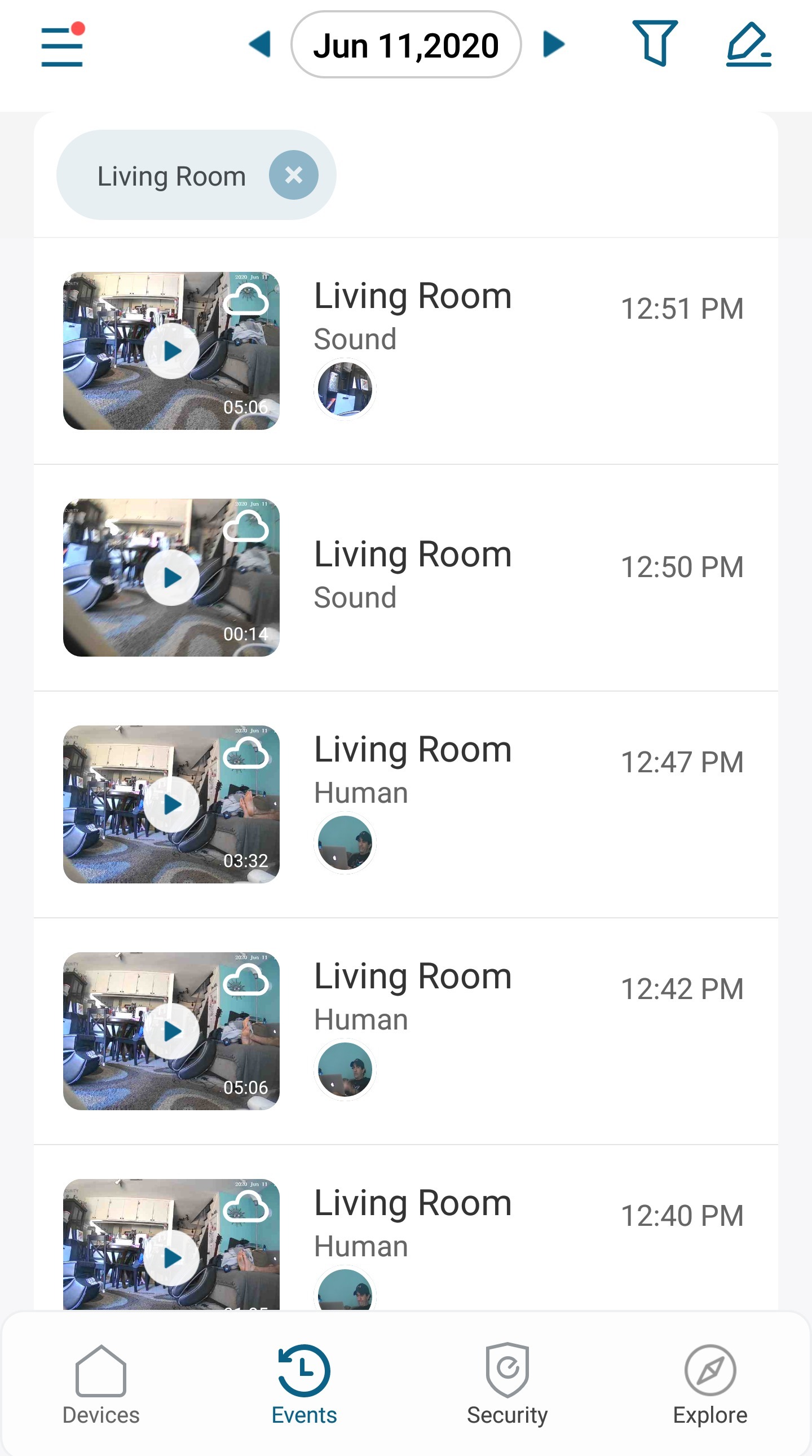 I also noticed that many of the video clips included an enlargeable thumbnail photo of the main subject. They Indoor Cam 2K doesn’t currently support facial recognition, but I wonder if that’s a feature coming down the road.

Regardless, the Indoor Cam 2K is a slick little security camera with an irresistible price. If you’re just getting into DIY home security, it’s low-risk way to get your feet wet, and you might just find it’s the all the camera you need.

The Eufy Indoor Cam 2K delivers sophisticated security features at a price just about anyone can afford.

Don't miss a deal at Ancestry
Best offers at Surfdome
Discounts, Sales and Deals at Argos
Save your money with H&R Block
Online-Shopping with House of Fraser
Best products at Newegg
Latest Posts