Hot on the heels of launching its EOS 90D DSLR and EOS M6 Mark II mirrorless camera, Canon has given its Cinema EOS system a shot in the arm with the new EOS C500 Mark II.

The EOS C500 Mark II arrives with a full-frame sensor designed and built by Canon, which appears to be the same one found inside the EOS C700 FF, and this is capable of recording 5.9K video.

That’s quite a step up from the Super 35mm sensor that starred in the original EOS C500, which topped out at 4K recording, although Super 35mm and Super 16mm modes are also on hand here.

The new sensor is partnered with a new DIGIC DV 7 processor, and that combination allows for 5.9K internal footage capture in the Cinema RAW Light format, a more efficient option than the standard Cinema RAW option. 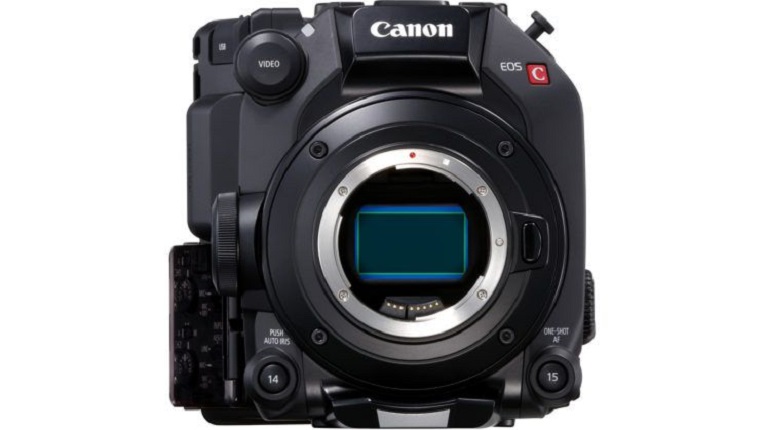 Users are also able to record 4K footage using Canon’s XF-AVC format with 4K 4:2:2 10bit, as well as 2K footage. Canon claims that the use of a debayering algorithm when oversampling 5.9K into 4K footage helps to suppress moiré and noise for “exceptional” image quality.

The EOS C500 Mark II is also the first Cinema EOS model to support the CFexpress format, with two CFexpress card slots on its side, as well a single SD-type slot next to them. CFexpress promises faster transfer rates than current CFast cards, and will eventually succeed the XQD format used in many current DSLR and mirrorless cameras, such as the Nikon Z7, Nikon D850 and Panasonic S1R.

The new camera is the first Cinema EOS model to support five-axis Electronic IS, a feature that has starred in many current EOS DSLR and mirrorless cameras. Another first for the line is the fact that the user can swap between the EF Cinema Lock and PL mounts, rather than having to have Canon to do this for them.

The model also supports Dual Pixel CMOS AF, and with it, Face Detection AF and Tracking AF, together with the option to fine-tune AF tracking speed and response.

Other features include the option to use custom LUTs and a built-in motorized Full Frame ND unit, which can apply 2, 4, 6, 8 and 10 stops of filtration. That’s useful for shooting in bright light, where a smaller aperture that might compromise creative possibilities may normally be required.

Users will be able to customize their models with a pair of expansion units, the EU-V1 and EU-V2. Both add the Genlock/Sync BNC interface, Remote B interface and an Ethernet interface for IP streaming or browser remote control operation among other things, and the latter also throws in two XLR inputs and a 12-pin lens interface. Two EVFs compatible with the model, namely the EVF-V70 and EVF-V50, will also be made available.