How do you improve one of the best pair of headphones on the market? Make them wireless that’s how.

The Bowers & Wilkins P7 over-ears have been a favourite of ours since their release in 2013. They have held their own against many competitors in the over-ear headphones category, both in audio performance and quality of build, which you can read about in our P7 review here. However, in an age where smartphones seem to be ditching the 3.5mm headphone jack – with Apple leading the charge – alternative connection methods are important. And Bluetooth is key.

Bowers & Wilkins is now no stranger to Bluetooth, having upgraded most of its portable products with wireless connectivity. The excellent P5 Wireless ‘phones are a great example of the company’s audio prowess coupled with wire-free connectivity and so too now are the P7 Wireless over-ears.

Everything that makes the still available P7 headphones great has been retained in the new version. They utilise two full-range 40mm drivers, capable of a frequency range of 10Hz to 20kHz, and they ensure that whatever you happen to have encoded on an audio file can be heard – from growling, throaty bass to the sibilance of a long held piano key. 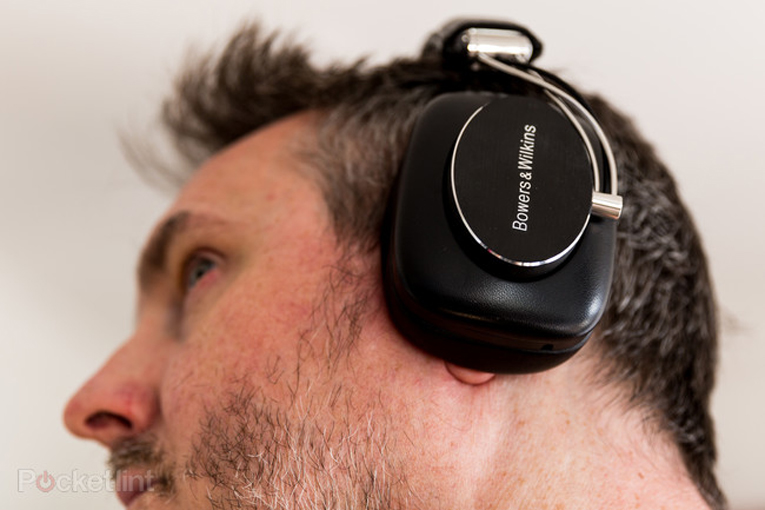 The tech is made through a true understanding of speaker technology as well as headphones, which Bowers has in abundance thanks to 50 years in the audiophile business. Each driver features a diaphragm, for example, that is simply there to work on sound, something more speaker-like in design.

This is something we touched upon in the original P7 review and we’re glad to see and hear that, bar wireless connectivity, the company has resisted the urge to tweak further. There’s a reason the firm is considered one of the best in the field – so much so as to have been bought for bundles of cash in recent times – and the P7 Wireless continue to reflect the supreme levels of craftsmanship put into products.

That includes its Bluetooth performance too. Like all of its wire-free products, these headphones have Bluetooth aptX on board. That means they will happily connect to any Bluetooth source, including iPhone, iPad and iPod touch, but are also compatible with the higher bandwidth standard that allows for the streaming of lossless tracks.

Apple continues to shun aptX for some reason, but plenty of Android phones now feature the tech. You can rip your CDs losslessly and store them on those devices, safe in the knowledge thathigh resolution files will shine on these new headphones. There is a tiny drop in performance as the bits travel through the air of course, and for the absolute best performance you are always advised to connect a wire (with one included in the box) but the differences are almost imperceptible during listening sessions.

Comfort and build-quality is of usual high Bowers & Wilkins’ standards. Sheep leather has been used on the headband and removable earcups, which is extremely soft to the touch. There is memory foam in each earpiece for a snug fit in order to give you as much isolation as possible without full noise cancellation. And the aluminium build for the rest of the headset makes it classy and sturdy. 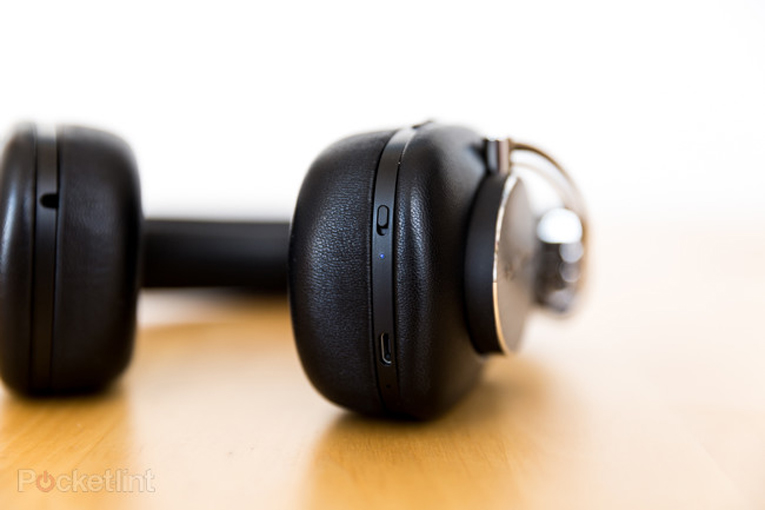 Pairing is simple, with a small switch under the right cup serving pair and on/off duties. There are also volume and start/stop/receive a call buttons slightly further up on the same side.

Two built-in microphones are present for voice calls, with ambient noise restricting algorithms giving clean, clear sound for the listener at the other end of the line. And that shouldn’t impact on the battery too much, with a 370 mAh Lithium Polymer cell providing up to a claimed 17 hours of music playback at a decent volume. We’ve travelled with the P7 Wireless and find that to be a good estimate.

They come with a natty carrying case that looks like it should have been made by Barbour, given the diamond patterned, padded exterior. You also get a USB charging cable.

To be honest, while the P5 Wireless headphones were very well received last year, we have been secretly pining for these for a while. They suit the current trend of wire-free connectivity without any compromise in audio performance whatsoever.

If there’s any drawback with their sonic abilities it’s that if you feed them suspect, low-bitrate files, they will knock them straight back at you warts and all. You’ll hear every hiss and encoding effect. For that reason you should always rip your music at as high a bitrate as possible, lossless preferably in order to maintain quality. You wouldn’t feed a prize race horse a bag of nibbles from a pound shop after all.

We don’t include Spotify or Apple Music tracks in that. The former now streams at 320kbps to Premium subscribers (as long as you ensure you are getting “Extreme Quality” on mobile devices in the app options) and that stands up to a fair bit of scrutiny through the P7 Wireless.

Apple Music tops out at 256kbps, but that is still high enough to be enjoyed.

The upshot is, treat these headphones well and they will equally treat you back. They set a high benchmark when it comes to wireless cans and although they do not feature active noise cancellation – which can be tricky to truly balance with audiophile performance – they present a playback standard that few untethered rivals can match.

Don't miss a deal at Surfdome
Best offers at Vimeo
Discounts, Sales and Deals at Virgin Media
Save your money with Sky
Online-Shopping with Ticketmaster UK
Best products at Newegg
Latest Posts