Apple releases Pro Display XDR Calibrator for its $5,000-plus monitor

Every Pro Display XDR comes calibrated from the factory; however, the new free-to-download Calibrator software allows for in-field recalibration for specific workflows ‘that may require custom calibration’.

To perform calibration, you must use one of the following spectroradiometers: Photo Research SpectraScan PR-740, PR-745 or PR-788 or the Colorimetry Research CR-300. Additionally, users must be using macOS 10.15.6 or later and their Pro Display XDR must have display firmware v.4.2.30 installed. This firmware version was released alongside the Calibrator software download and includes minor stability improvements.

The display ships with industry-standard reference mode presets, including HDR, HDTV, NTSC video, digital cinema and more. Per Apple, the Pro Display XDR can display over a billion colors at a per-pixel level. Further, compared to a typical LCD display, the display’s compensation polarizer reduces off-axis light leakage by 25x, resulting in an accurate image even from off-axis viewing angles.

According to an Apple technology white paper about the display, ‘Every Pro Display XDR undergoes a state-of-the-art factory display calibration process on the assembly line to ensure accuracy of individual backlight LEDs and tight calibration control relative to key industry specifications.’ Further, ‘In addition, the factory calibration process enables Pro Display XDR to accurately reproduce a variety of color spaces used by media today, including BT.709, BT. 601, and even sRGB.’ You can view detailed specifications for each of the available reference modes in the paper as well. 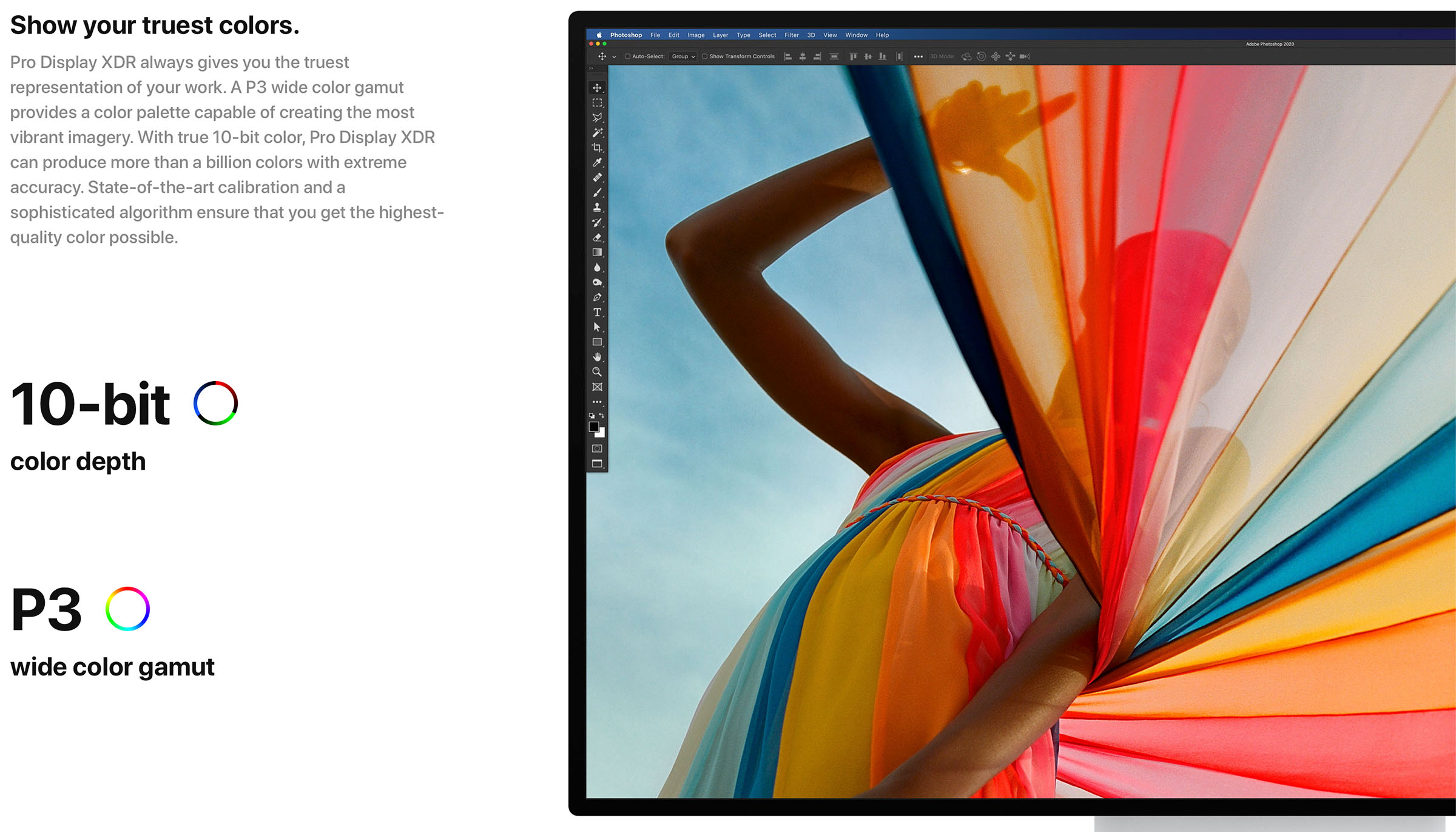 While the Apple Pro Display XDR is itself expensive, and the compatible spectroradiometers required to calibrate the display are also expensive, it’s an undeniably good move for Apple to provide its customers more ways to use an Apple product and take full advantage of the display’s performance.

Don't miss a deal at Microsoft Store
Best offers at Argos
Discounts, Sales and Deals at Myprotein
Save your money with Ancestry
Online-Shopping with Virgin Media
Best products at Vodafone UK
Latest Posts