Since introducing its paradigm-shifting home security camera a few years ago, Wyze has steadily improved its flagship product, even adding an outdoor version, while keeping its insanely low $20 price tag. Now it has effectively combined the best of those two cameras into the Wyze Cam v3, its first indoor/outdoor camera (it’s rated IP65, meaning it’s dustproof and protected from water jets that might come from a nozzle attached to garden hose. You can read more about IP codes here.)

At first glance, it looks like little has changed from one version to the next, but the camera has received a modest makeover. This third iteration is still a roughly 2 x 2 x 2-inch cube, but its corners have been rounded off and its black face is now a square instead of a circle.

Bigger changes are to be found on the inside. The most significant of these is the addition of color night vision. A Starlight Sensor coupled with a wider 1.6 aperture enables the Wyze Cam v3 to capture 40 percent more light from its default live feed than the v2. Put simply, it “sees” better at night. 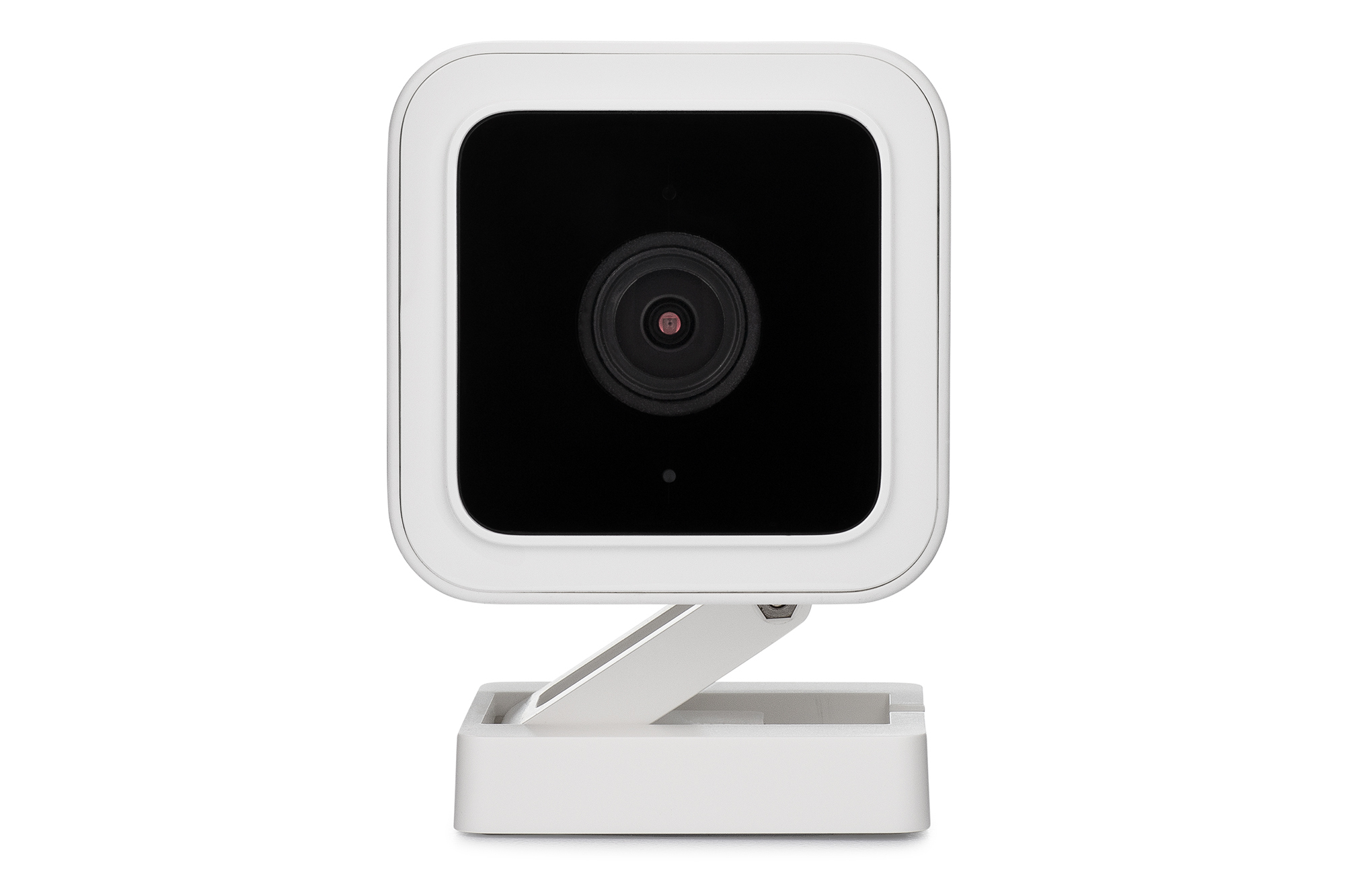 The camera’s audio also has been upgraded to allow for simultaneous two-way talk. Instead of requiring the user to push a button each time they speak, they need only to press it once to activate the mic and speaker simultaneously, allowing two parties to have a conversation like they would on a phone. Other enhancements include a wider field of view (130 degrees vs. the v2’s 110 degrees), an 80dB siren, and a higher frame rate for smoother video playback.

Beyond those notable changes, the Wyze Cam v3 retains most of the v2’s features, including 1080p HD streaming, 14 days of free cloud storage, local backup via microSD card, and CO2 and smoke-alarm recognition. Sound and motion detection, detection zones, and integration with Google Assistant and Amazon Alexa services are also supported. 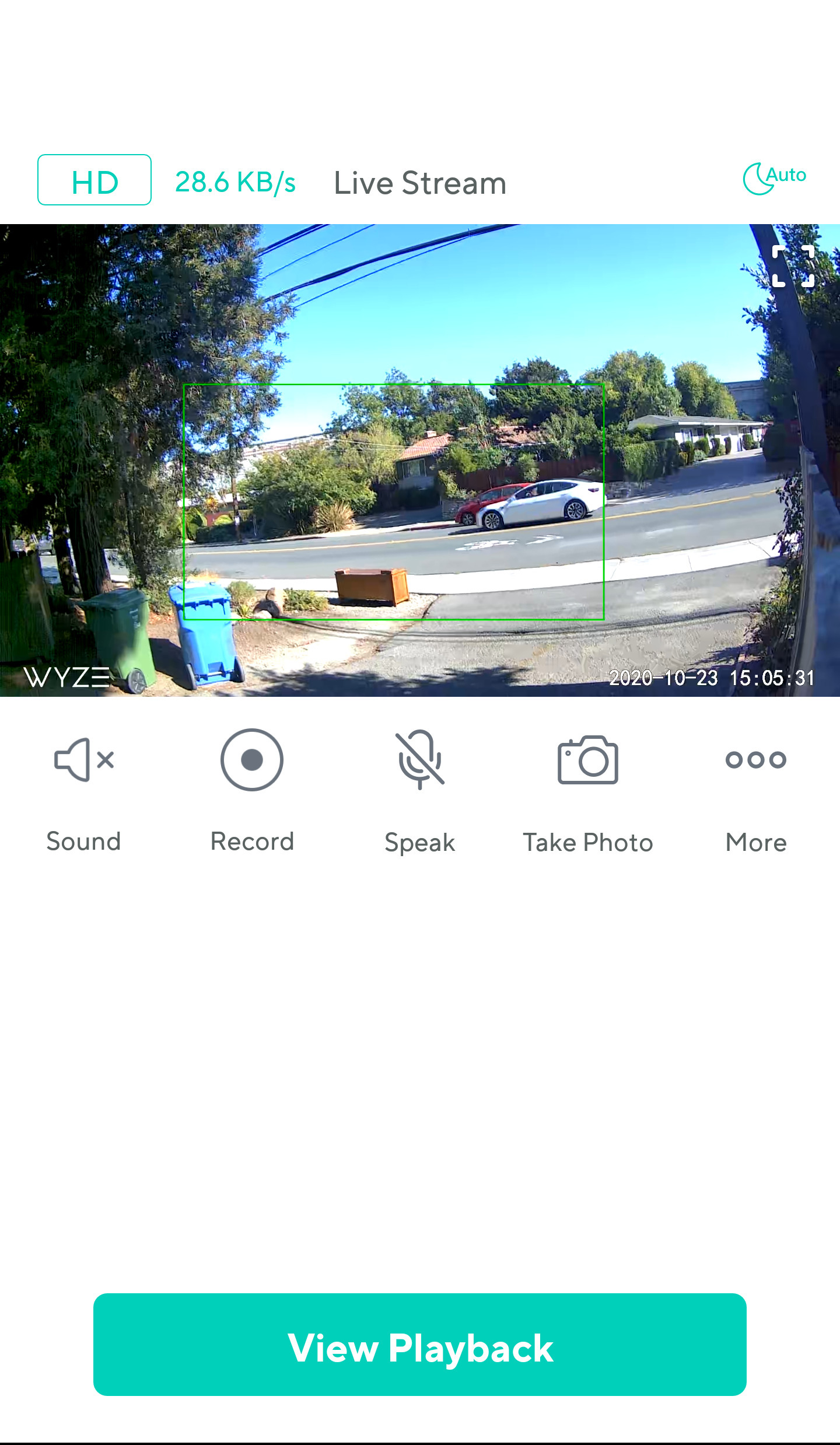 Past Wyze Cams had primed me to expect a fairly frictionless experience, and I wasn’t disappointed—despite the fact I was using an alpha version of the Wyze app developed for the new hardware. The app-assisted setup was quick and painless, and basic operation, calibrating the detection settings, and playing back video clips were all intuitive. As with previous Wyze cameras, you can schedule recordings, turn event recording on and off, and customize the types of notifications your receive.

The camera’s dual storage options offer the best of both worlds. With a microSD card installed, you can record continuously and create time-lapse videos according to your custom parameters. Wyze’s free cloud service records 12-second clips of motion and sound events with a 5-second cool-down between each one. That’s fairly short—most cameras record for around 20 to 30 seconds per clip by default. There’s an option to upgrade to Wyze’s Cam Plus service for $1.99 per month ($1.25 per month if paid annually). The plan allows you to record unlimited motion whenever it’s detected (no cool-down period), and video is stored for the same 14-day period. The paid service also provides vehicle and person detection, and Wyze says several more features are “coming soon:” Face recognition, package detection, and pet detection.

For part of my testing, I mounted the Wyze Cam v3 to overlook my driveway. It was very accurate in identifying the people versus the cars arriving and leaving (remember, that requires the paid service), and I was able to calibrate the detection sensitivity so that it would be triggered only by those on the property and not those passing in front of it.

Color night vision worked extremely well and added a crucial element to potential forensic evidence—the ability to capture the color of cars, clothing, hair, and other items that could identify the perpetrator of a crime. The beefed-up black-and-white night vision produced better-lit images than past Wyze Cams, which translated to more captured details.

The camera’s one downside is that it requires constant AC power. That’s easily accommodated indoors, less so outside if you don’t have access to an outdoor outlet. I do, but still had to thread an extension cord down an exterior wall and over some patio doors to reach it, which complicated an otherwise unfussy setup.

Don’t let that discourage you, though. The Wyze Cam v3 is a well thought and executed update of this extremely capable camera. It’s also one of the best values in its category. Those are both great reasons to put it on your holiday wish list.

Wyze continues to improve its flagship security camera, making it one of the best values on the market.