VR Week: Turn your real life into virtual reality with these 360-degree cameras

360 cameras to digitize your reality 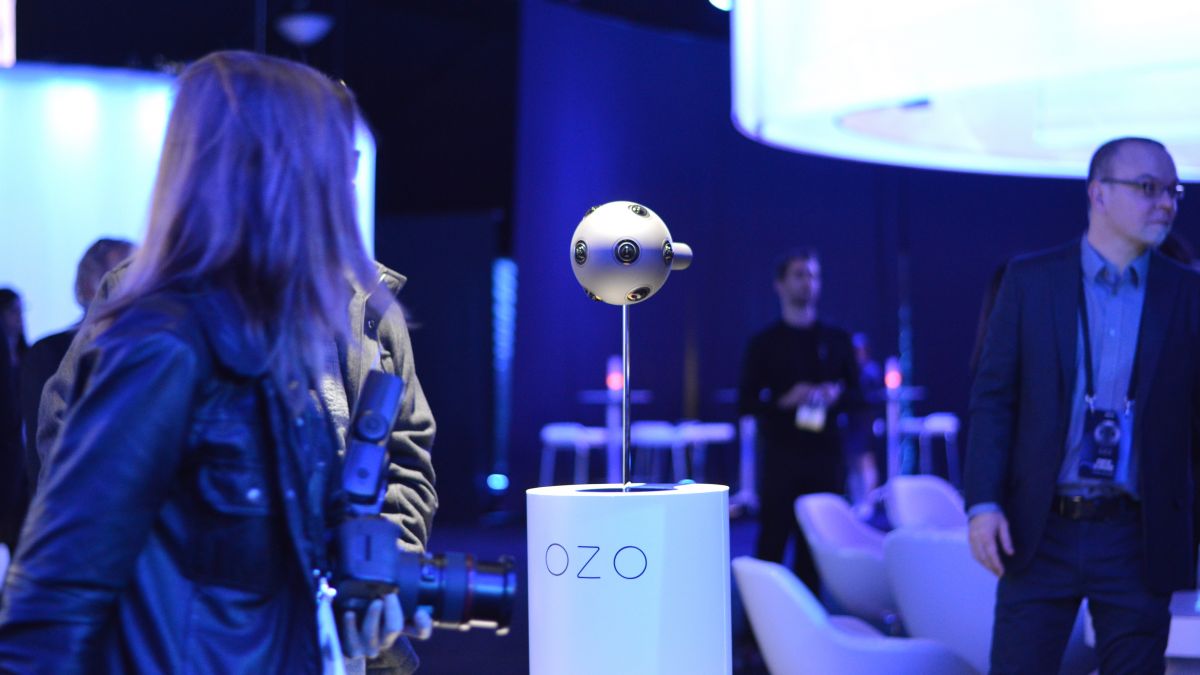 Virtual reality has taken off as one of the most immersive ways to experience media in today’s digital age. Whether you’re exploring a 3D virtual space or simply turning your head in a 360-degree video, VR is a new frontier for entertainment.

While you might think it’s impossible for you to create your own VR content without an expensive 3D camera or a degree in video game programming, but all you actually need is a 360-degree camera.

As the name suggests, these 360-degree cameras capture footage from every angle and the result is a spherically-shaped video. It’s an immersive experience that places you in the center of the action and creates a sense of presence. You can freely look around, rather than passively watching video on a flat plane with the limitations of a fixed perspective.

360-degree cameras have been around long before the Oculus Rift, but thanks to the introduction of recent, budget-priced virtual reality headsets – like the Samsung Gear VR and Google Cardboard – these enveloping videos have found a home on YouTube. If you want to get started with shooting all-encompassing footage yourself, you’ll want to check out these seven cameras. 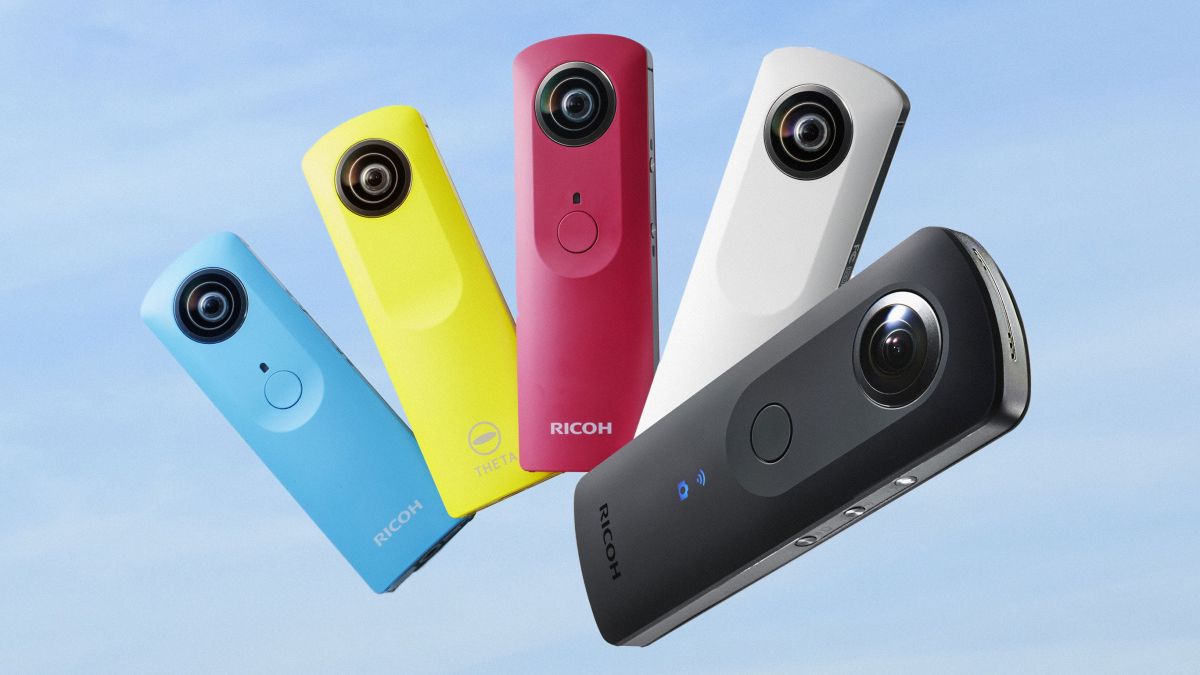 If you want to get into shooting 360-degree videos, one of the simplest devices to use is the Ricoh Theta S. It’s a compact, handheld camera that simultaneously captures two images at the same time and merges them into a single, spherical 1080p panoramic video.

It does this using a pair of 180-degree lenses on the front and back of the device and a pair of 12 megapixel sensors – though the final stitched image is rendered as a 14.5MP image. On top of recording 25 minute movies, the camera can also livestream VR-friendly video over Wi-Fi. 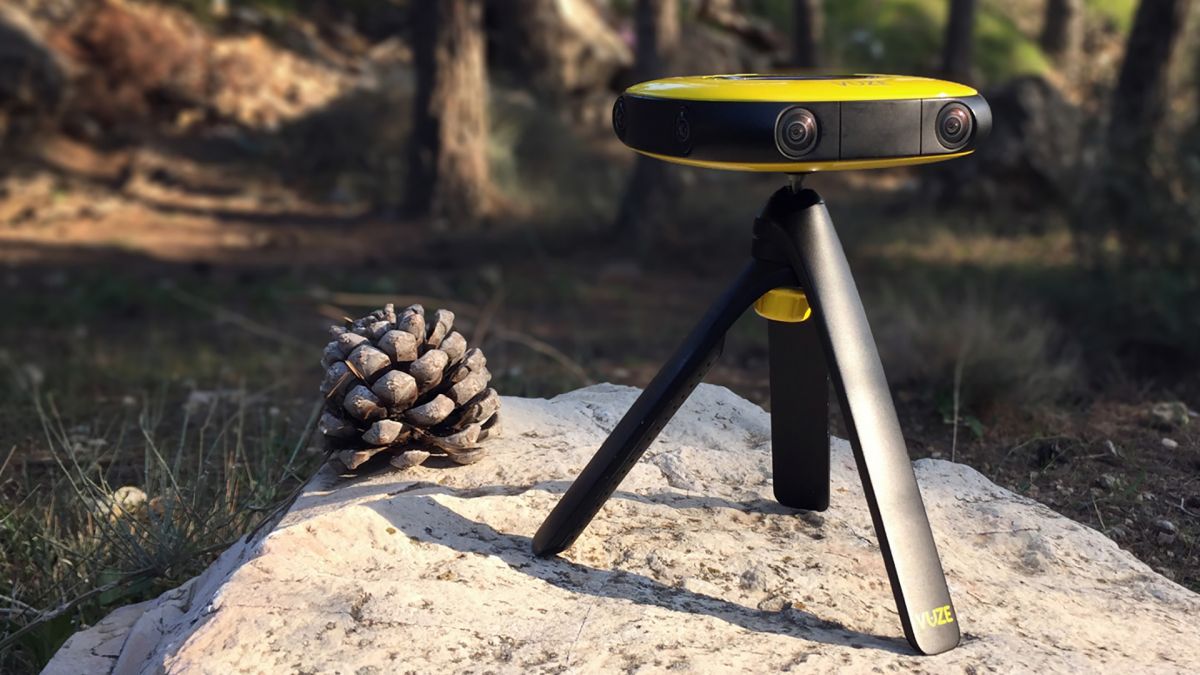 Shooting 360-degree footage is nice and all, but if you want to make the experience even more immersive, the Vuze camera steps in to create 3D VR footage. This boxy, UFO-shaped rig combines the power of eight cameras and lenses to not only capture a 360-degree perspective, but also depth at the same time.

3D VR video is a natural fit for VR headsets, as the added sense of depth matches how our eyes naturally sees things, versus a flat image captured by most other 360-degree camera. What’s more, Human Technologies, the company behind the Vuze camera, also claims its device can record 4K footage at a decent 30 frame per second (fps) clip. But, with these cool features comes a higher-than-most price tag. 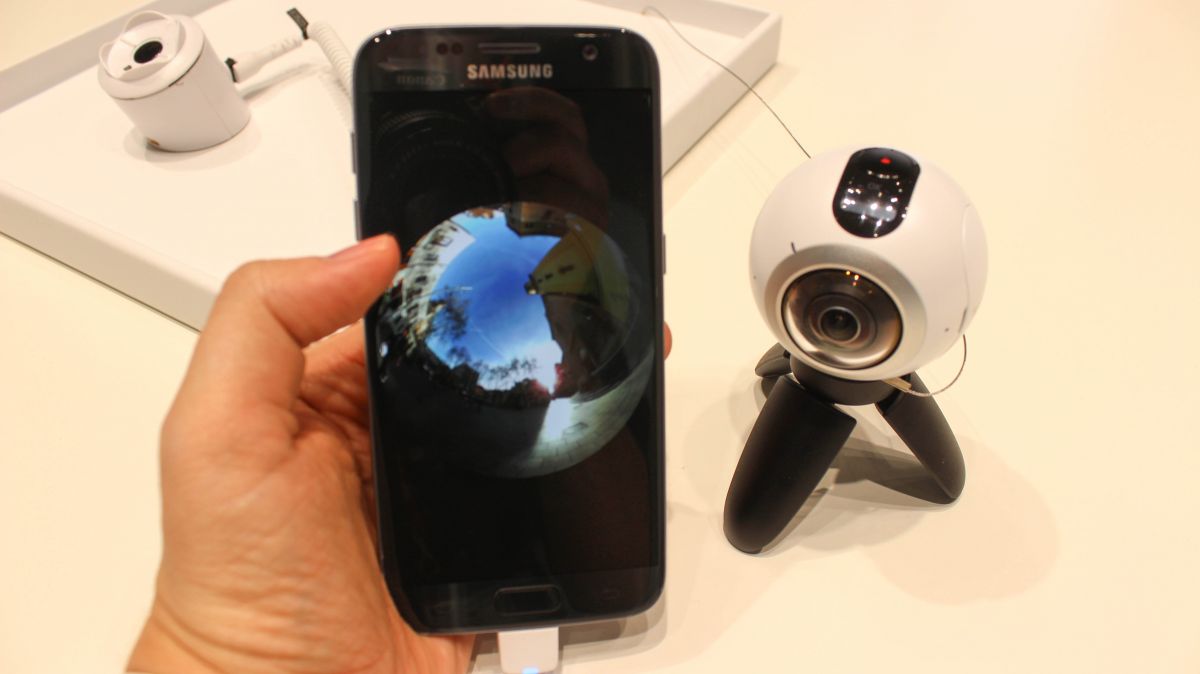 Samsung’s entry into the 360-degree camera world was expected, seeing as the electronics firm also produces the popular Gear VR headset. Like other cameras, the Samsung Gear 360 contains two 15MP sensors and fisheye lenses, which can capture 3,840 x 1,920 360-degree videos. The big difference here is Samsung’s camera is one of the smallest in the world. Smaller than a baseball, you’ll be able to pocket the Gear 360 and bring it just about everywhere to start creating movies to experience in VR. 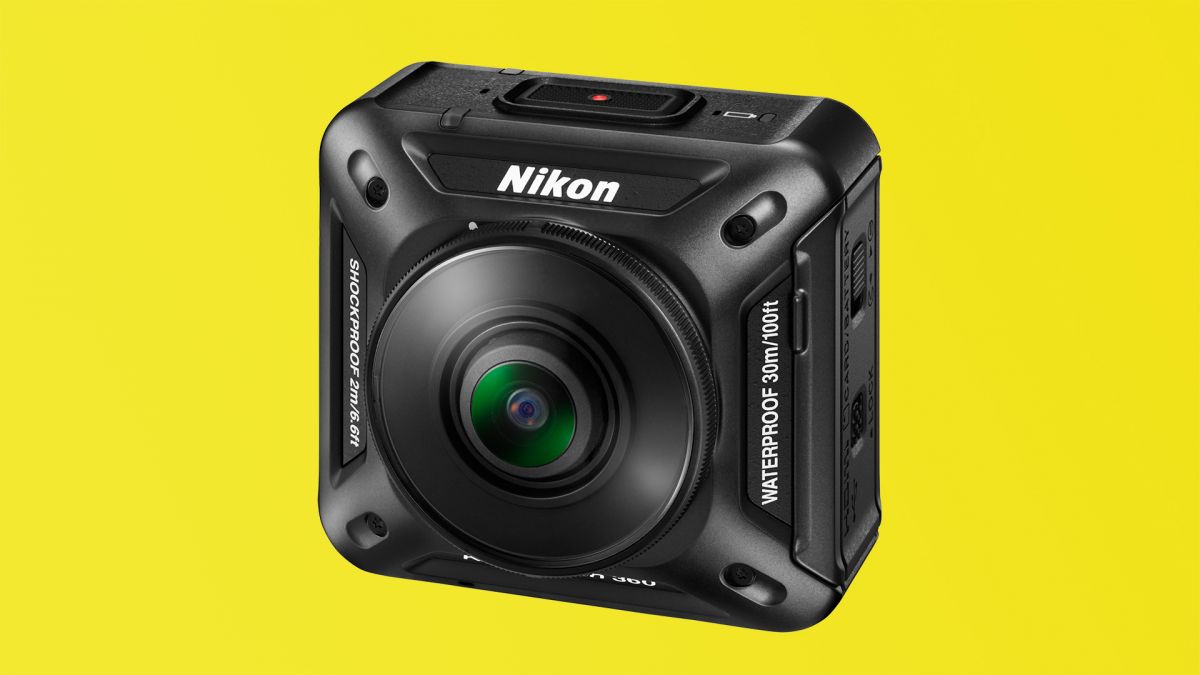 You know 360-degree cameras are making a splash when one of the world’s biggest camera companies also takes a crack at the burgeoning space. Nikon introduced the KeyMission 360 as a GoPro rival and on top of being its first action camera, it also features an image sensor and lens combo on the front and back. Each side takes its own shots, then these are combined inside the camera to generate high-definition, 360-degree 4K video.

As an action camera, the KeyMission 360 is built to be a bit tougher than your average VR camera and you’ll be able to take it down to depths of 30 meters without an external housing. It’s also durable on its own and can take a beating against shocks, dust and low temperatures. 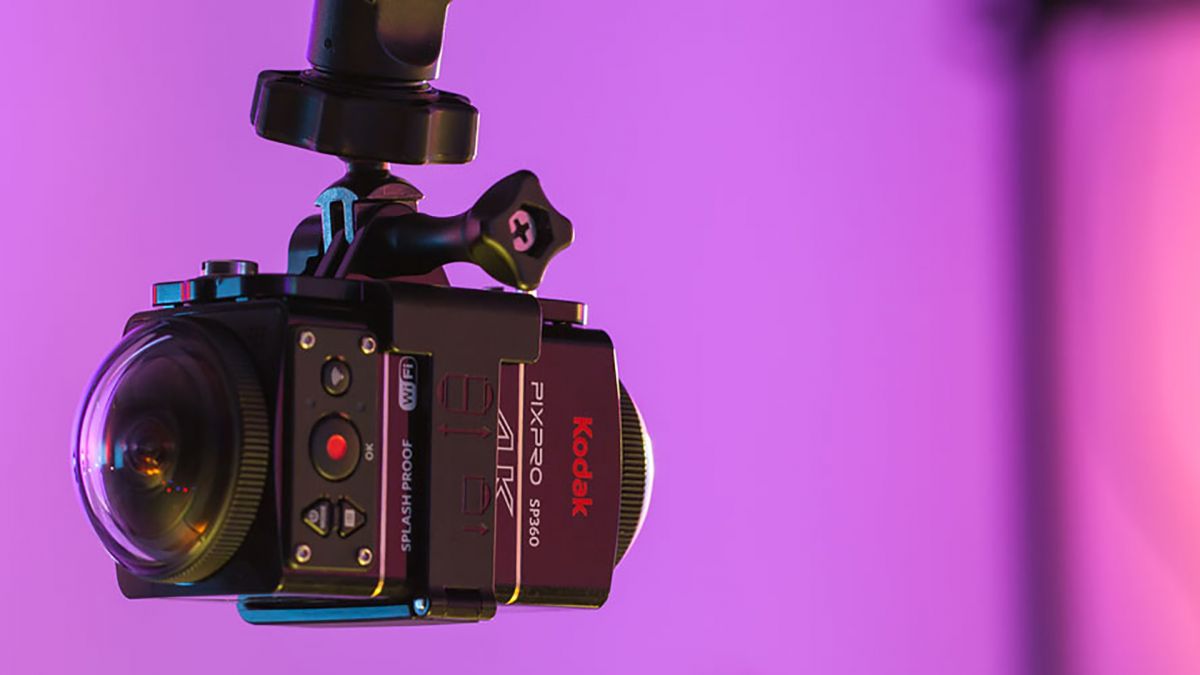 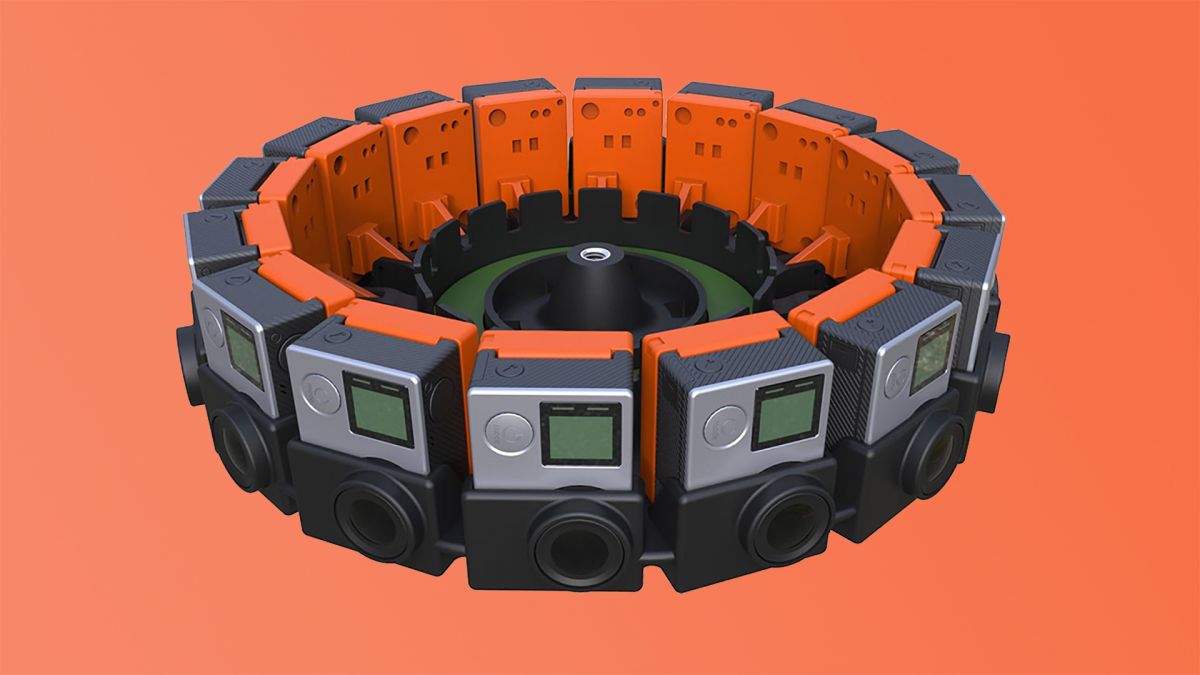 Though the GoPro Odyssey is technically less of a single camera and more like a 16 GoPro Hero 4 Black camera system in the form of a wheel-shaped rig, it’s one of the most impressive solutions for capturing 360-degree video. First unveiled at Google IO 2015, the Odyssey was introduced as a developer kit and part of the search company’s virtual reality ecosystem called the Jump platform.

Although it’s aimed squarely at developers to build their own camera rigs and video stitching software, it’s also one of the most over-the-top solutions we’ve seen to create 360-degree video. If you happen to have the cash, you can bet you’ll have some of the best looking videos to experience on a VR headset. 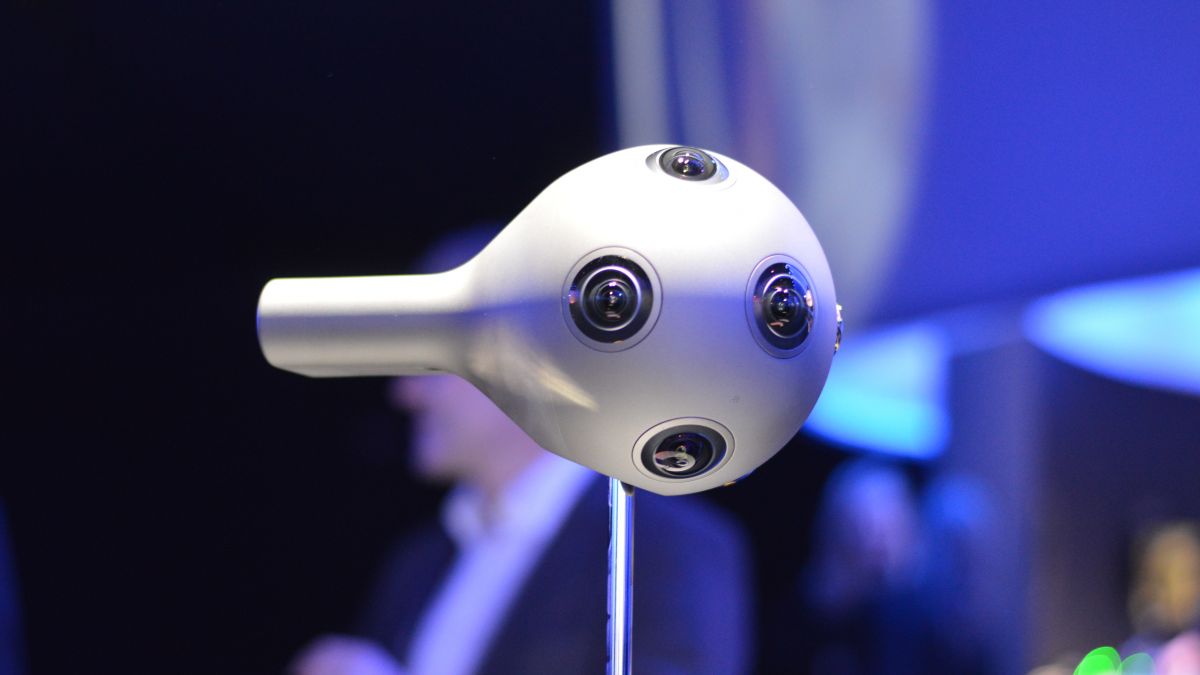 We’re officially off the consumer and even developer path and fully waded into professional-grade 360-degree camera territory. For a whopping 60 grand, you’re looking at a VR camera made for Hollywood filmmakers. The Nokia OZO is a blowfish-shaped camera captures stereoscopic 3D video using eight synchronized global shutter sensors – each of which can resolve a 2K x 2K picture on their own.

When completely stitched together, every second of video roughly amounts to 1GB of data. Nokia claims users will fill up the included 500GB solid state drive with just 45 minutes of footage. We’ve seen plenty of instances of virtual reality turned into a theater going experience, and the OZO might be the camera to capture the first movie fully shot for headset users.

0 0 0
Previous ArticleBuild 2016: Build 2016: how to watch the live streams and what happened on Day 1
Next ArticleOpinion: Microsoft's Bots could be its biggest contribution to computing since Windows
Comments (0)