Tribit’s $60 QuietPlus 50 headphones sound good in normal mode, and they do a good job of cancelling noise when active noise cancellation (ANC) is enabled. Unlike pricier ANC headphones, however, noise cancellation robs a bit of the top-end frequency response in the process. Given that those pricier products cost many times as much, some listeners might consider the small dropoff livable.

The QuietPlus 50 come in a basic flat black on flat black. I personally find them attractive, but I’m unconcerned wth fashion. If that means something to you, study the image carefully.

The ear cups are comfortable, but as with other Tribit headsets I’ve tried, I find the default fit a bit snug. That does help with the passive noise reduction, but the cups don’t swivel, so the fit isn’t perfect when you extend them. That said, I’ve certainly run across less comfortable headsets.

The big feature of the QuietPlus 50 is, of course, the active noise cancellation, which is effective—with the aforementioned cost in treble reproduction. There’s a mic in each cup for the ANC. The left cup hosts a USB-C charging port; a 3.5mm audio jack; a rocker switch for volume control and next track/previous; a multi-function button for power on/off, answer/hang-up, and summoning Siri); and buttons for enabling and disabling ANC. Tribit includes both a 9-inch USB charging cable and a 3-foot 3.5mm stereo analog audio cable in the box.

The QuietPlus 50 sound good with ANC disabled. I had no problems listening for a couple hours straight during testing. But there’s that loss of high-end with the ANC engaged. It’s not enough to ruin the deal, and you might not even notice with all the white noise in a plane, but the change is noticeable.

If you want barely discernible fidelity loss, you need something more along the lines of Sony’s WH-XB900N or the Phiaton 900 Legacy that I just reviewed. 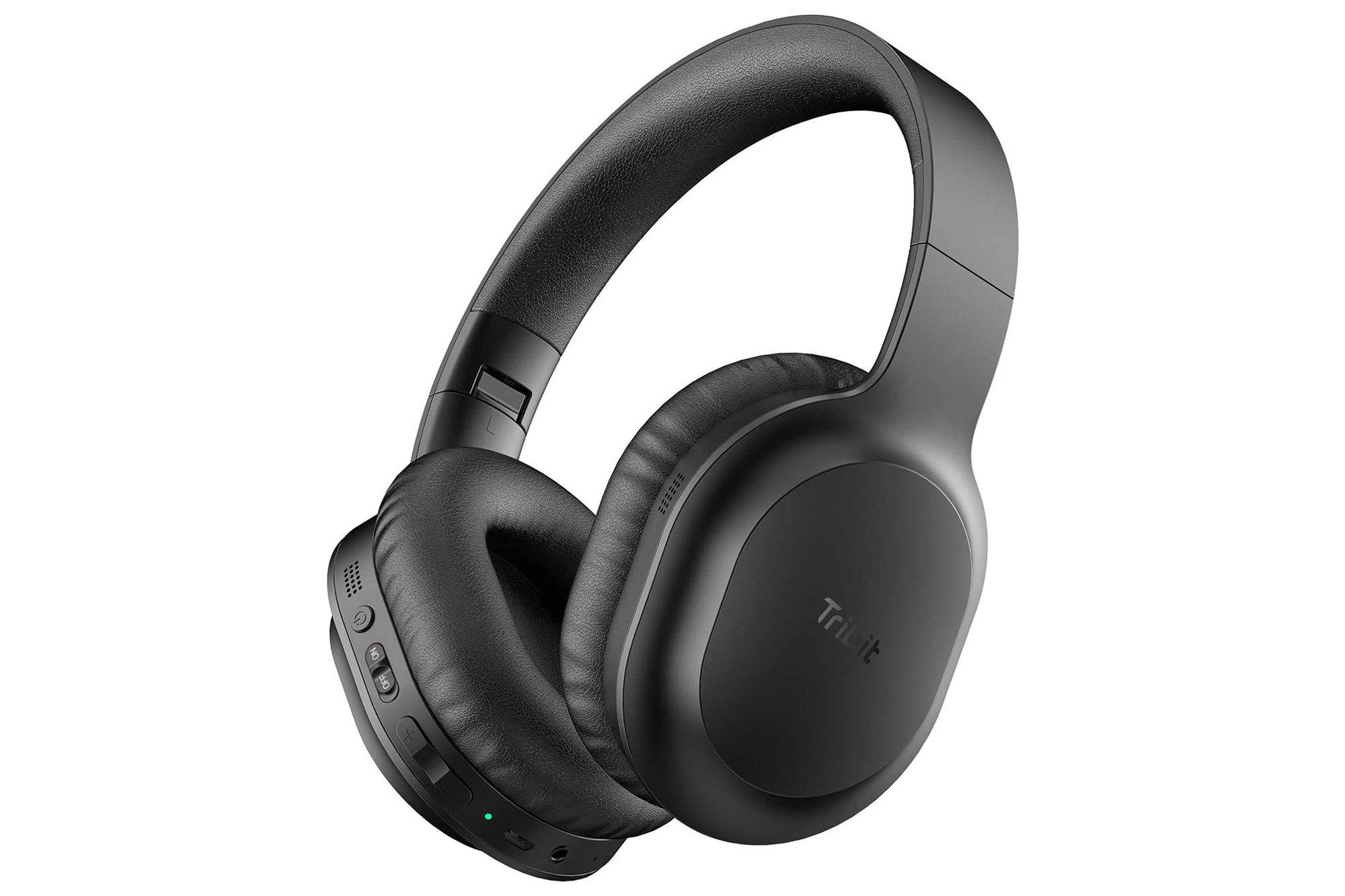 The QuietPlus 50’s 40mm drivers generate quite a bit of bass. Not Sony Extra-bass amounts, but more than enough for the average listener. The high-end is decent (sans ANC), though not quite sparkly as I like it. Mid-range is likewise adequately defined, but not quite as punchy as better cans. Then again, punchy is tiring. Tribit claims 30 hours of play time from the QuietPlus 50. I was still going at about 10 hours.

How I test headphones

I evaluate all wireless headsets via Bluetooth and with a cable if such a connection is available. Listening material includes AC/DC’s “Thunderstruck;” Jerry Goldsmith’s title theme from Star Trek First Contact; Toto’s “Africa;” Green Day’s “Minority;” Young Jeezy’s “Put On;” Vladamir Ashkenazy playing Chopin’s Etude No. 5 in G-flat; and Mars, from Gustav Holst’s The Planets, performed by Pierre Boult and the London Symphony Orchestra.

In additon to music, I play pink noise, white noise, brown noise, low/high frequency bursts, variuous pulses, and frequency-sweep files to check response and to back up opinions formed during music-listening sessions. I use Windows Media Player and iTunes as media players, and an Honor V smartphone.

To evaluate latency, I connect a Soundcast VGtx Bluetooth transmitter to a 43-inch TCL 5-series smart TV and watch instrumental performances, where finger movements will reveal any issues with soundtracks falling out sync.

A good deal for the price

Given that the QuietPlus 50 are only $60—and were going for $10 less at the time of this review—I consider them a good deal. They’re not top-tier in sound or comfort, but for the occasional plane trip, you shouldn’t have any complaints. And as I said, I had no issues spending a couple hours with them sans ANC. That said, I think Wyze Labs’ Wyze Noise Cancelling Headphones are an even better deal.

These over-ear headphones sound good, but you lose some top-end when you engage the active noise cancellation. But given the price, we’re probably being overly picky.

0 0 0
Previous ArticleOnePlus Band release date, price, leaks and what we know so far
Next ArticleWindows 10 antivirus is getting a tidy little upgrade
Comments (0)

Don't miss a deal at Brian Tracy
Best offers at Mobiles
Discounts, Sales and Deals at Vodafone UK
Save your money with Vimeo
Online-Shopping with Udemy
Best products at Turbo Tax
Latest Posts