The Motorola Edge is finally headed to the US, and while we don’t have a release date (beyond a simple window later this summer) or which carriers might support it, we do have a pricetag: at $699, the phone is gunning for the identically-priced iPhone 11.

The Motorola Edge is the lower-priced sibling of the $999 Moto Edge Plus, which was released in the US back in April, featuring the best of its perks at a more affordable pricetag. The standard Edge packs a more modest Snapdragon 765G chipset (with 5G connectivity), and the US version has 6GB of RAM and 256GB of storage.

That’s an upgrade on the UK version we tested out, which starts at 4GB of RAM and 128GB of storage, so it stands to reason that Motorola is sweetening the deal with the Edge model it’s releasing in the US. And they should, as there’s stiff competition at the $699 affordable flagship level from the iPhone 11, the OnePlus 8, and other handsets.

In addition to specs, the standard Edge packs a triple rear camera suite with a 64 MP main shooter, an 8MP 2x optical telephoto, and a 16MP ultrawide lens, all backed up by a time of flight depth sensor. A 25MP selfie camera rounds out its array. 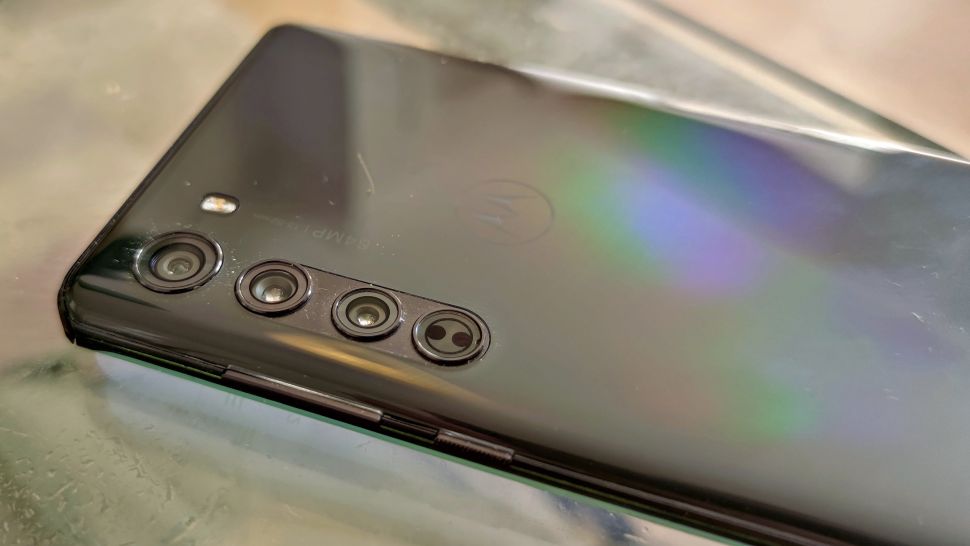 Moto Edge: can it outshine the iPhone 11?

The Motorola Edge, along with the pricier Edge Plus, are Motorola’s biggest push to compete with flagship smartphones in years. But how stiff is the competition?

The iPhone 11’s A13 Bionic chipset is more powerful than the Snapdragon 765G in the Motorola Edge, and though it lacks a telephoto lens, this year’s top-tier iPhones have an advantage in their superb night photography. Apple’s affordable flagship only has an LCD display, though, so screen purists might prefer the Motorola Edge’s OLED display.

There’s other competition in the Android camp, like the OnePlus 8, which is also priced at $699. It also has a triple rear camera setup with a lower-megapixel 48MP main shooter than the Edge’s 64MP camera, but the OnePlus 8’s 30W charger included in the box outstrips the Motorola Edge’s 18W maximum recharging speed. And OnePlus’ phone does pack the top-tier Snapdragon 865 chipset.

Of course, the standard Motorola Edge will be a great pick for Moto purists who have missed having a powerful option that packs the brand’s signature features, like Moto gestures.

The standard Edge was released in the UK earlier this year, and it’s unclear why it didn’t reach US shores at the same time – perhaps Motorola wanted to give the Edge Plus time to shine in the US. While that phone was a Verizon exclusive, the standard Edge will be available unlocked, with possible carrier support coming, too – and when Motorola releases that info, we’ll tell you about it, too.

Don't miss a deal at TalkTalk Phone and Broadband
Best offers at Udemy
Discounts, Sales and Deals at Groupon
Save your money with Intuit Small Business
Online-Shopping with Farfetch
Best products at Myprotein
Latest Posts