The impressive (if a bit troubled) Surface Pro 4 is only a few months old, so naturally we technology lovers are already thinking about the fifth edition of Microsoft’s laptop-killing tablet.

In fact, rumors of a Surface Pro 5 release date are already floating around the internet. The keyword there is “rumors”, as none of those reported are citing trustworthy sources, if any at all.

Not to mention that folks are also clamoring across message boards, like Reddit, for their most desired features and improvements. (Can you guess the most popular one? It slant rhymes with “lottery”.)

And you can bet that the techradar editors have been chatting about that very same thing. We’ll get to our wishlist shortly, but first, let’s talk rumors.

Cut to the chase 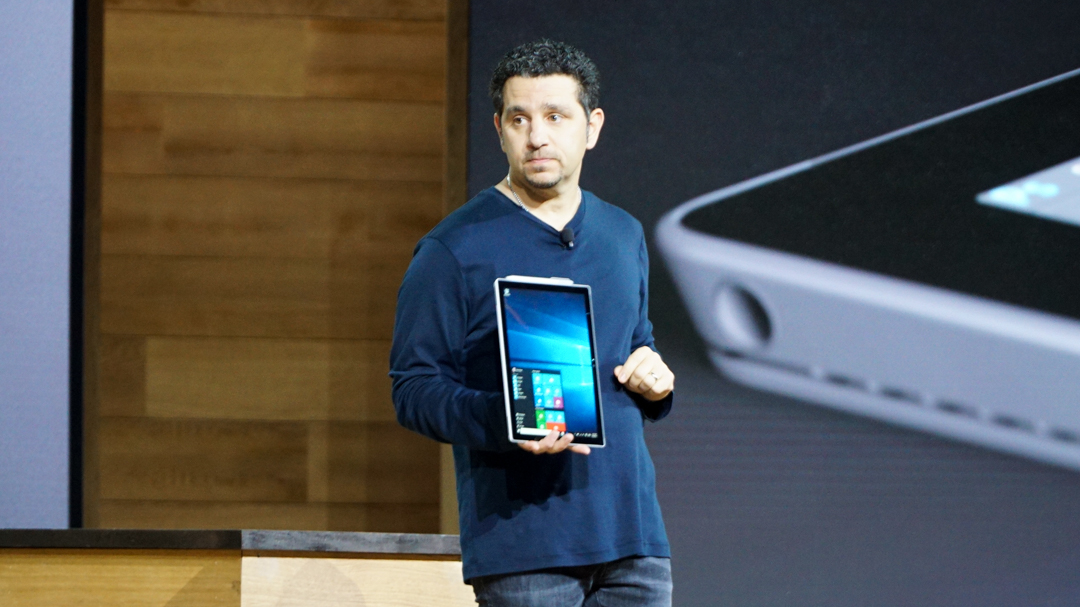 Unfortunately, all we have to go off of, as far as published reports are concerned, is a baseless rumor started by Release Date Portal that suggests the device will launch either in June 2016 or October 2016. Since then, several outlets – including The Times of India – have picked it up.

However, there is – at the very least – a precedent for both of those purported launch windows.

Microsoft announced the Surface Pro 3 back in May 2014, with most models being available in late June of that year. Last year, the Surface Pro 4 was announced in October 2015 and hit shelves later that same month.

If Microsoft were to pick a time to release its fifth Surface Pro device, chances are that it would go with one of those windows – with October being even more likely. It would be a shock if Microsoft were able to shrink its product cycle to make a June 2016 release. 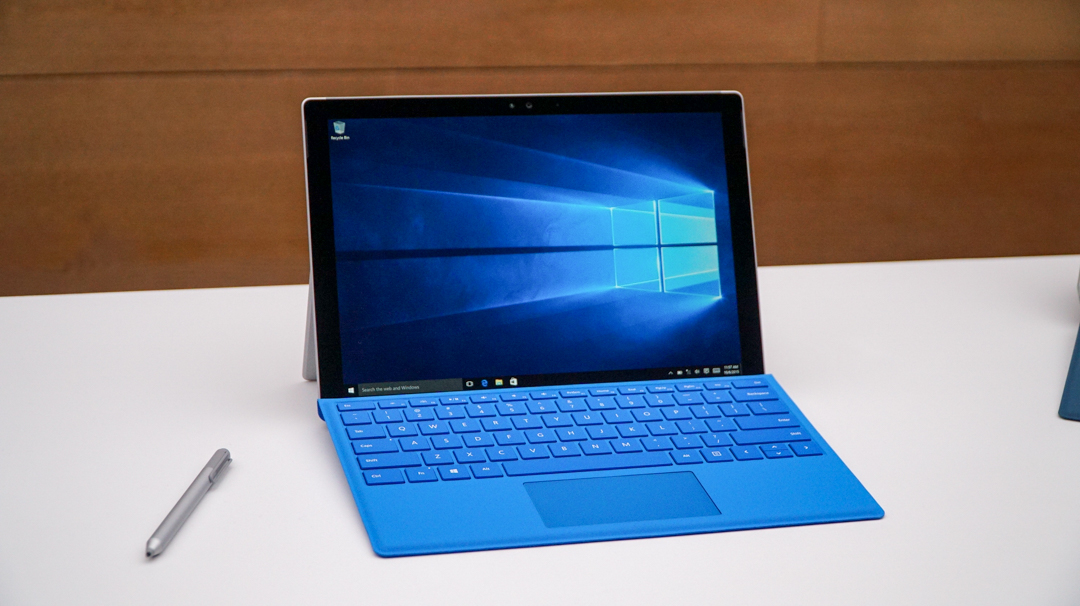 In case you haven’t noticed in the phone market, the prices of later iterations of modern tech products doesn’t change all that drastically – if at all – between releases.

Applying that logic to the eventual Surface Pro 5, it’s likely that the device will start at $899 (£749, AU$1,349) and escalate from there depending on the configuration and accessories you choose.

Is there any chance that the final price will differ? Of course, there is. Would it be smart for Microsoft to deviate too far from the standard it has set? Nope.

Regardless, the ball is in Microsoft’s court here, and the company will naturally preserve its bottom line if pricier new features are implemented as standard. Speaking of which… 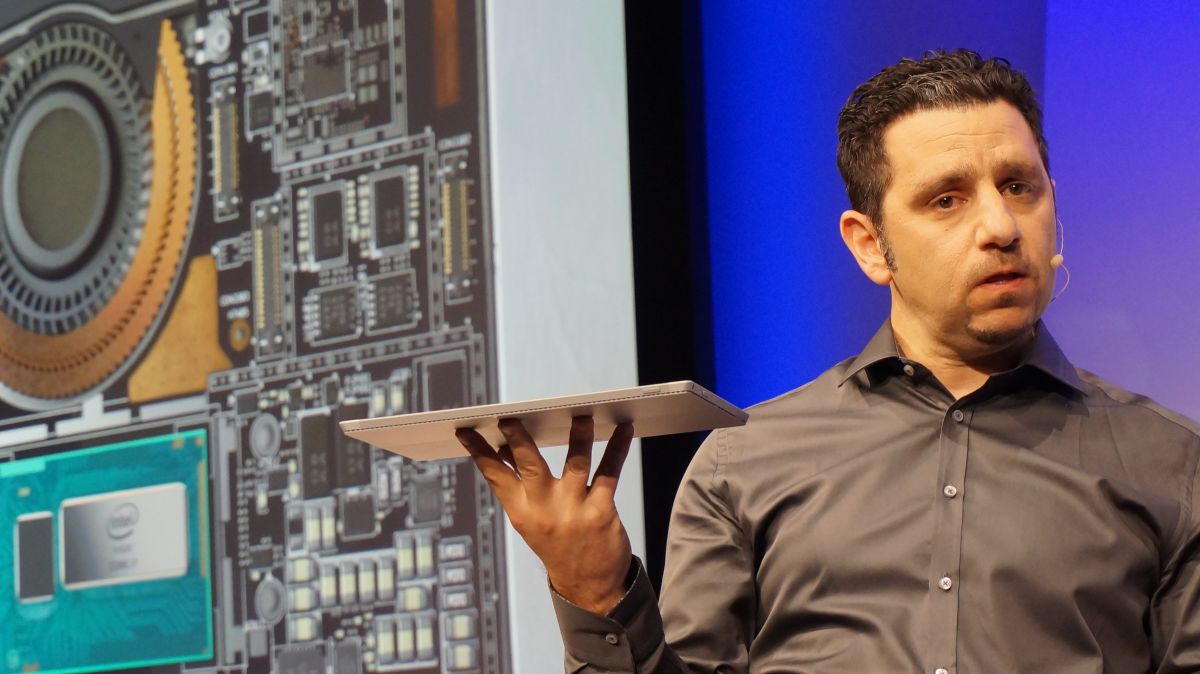 What we want to see

Look, as much as we’ve been impressed by the Surface Pro 4, firmware issues aside, there will always be room for improvement. (That would be the case even if it had earned our Editor’s Choice award.)

From the screen size and resolution to the hardware inside, we have a few ideas for how Microsoft could craft an even better Windows 10 tablet.

This is a bit of low-hanging fruit, but countless customers have lamented the Surface Pro 4’s battery life – regardless of issues with its “Sleep” mode. We rated the device for 5 hours and 15 minutes of video playback.

That’s well below Microsoft’s promise of 9 hours of video playback, but we all know that few, if any, laptops actually meet their promised longevity. Our video playback figure is in line with the average laptop, though it’s a far cry from what its nemesis, the MacBook Air, can produce.

Ideally, and realistically, we’d like to see at least 7 hours of battery life reliably from the next Surface Pro tablet. That would put it closer in line with the MacBook Air as well as competing tablets, like the iPad Pro. An even sharper (and/or bigger) screen

With the Surface Pro 4, Microsoft managed to oust countless rivals in both the laptop and tablet spaces when it comes to screen resolution. With a razor-sharp 267 ppi (pixels per inch) already at 2,736 x 1,824 pixels within a 12.3-inch screen, it’s not as if the Surface Pro 5 needs to be much sharper.

However, if the next Surface Pro were equipped with, say, a 4K (3,840 pixels wide, at least) screen, that would rip its productivity and entertainment capabilities wide open. Film and photo editors could work at the native resolution that’s increasingly becoming the norm, while average Joe’s (teehee) could finally watch Netflix in 4K on a tablet.

That said, the realm of super sharp resolutions might be reserved for the Surface Book range at this point. So, why not up its size a bit?

The Surface Pro 4 is big enough for almost all tasks, but it’s still not the established default size for most laptops: 13.3 inches. Understandably, the point is for the Surface Pro to straddle both sides of the ever-eroding line between laptop and tablet.

However, maybe the iPad Pro is onto something with its 12.9-inch display. Plus, granted the resolution doesn’t bump up too much alongside a size increase, the extra space could allow for a battery life boost. 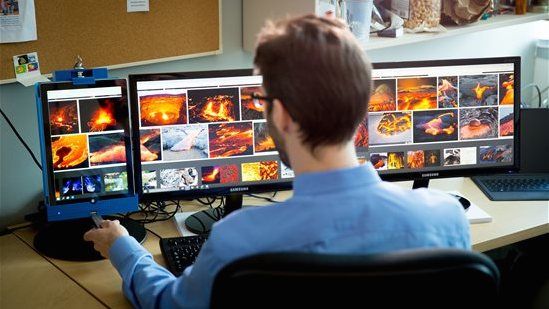 We saw the latest Google Chromebook Pixel and MacBook be two of the first devices to adopt the latest in USB technology, only for a growing number of smartphones, tablets and laptops to hop on board since then.

The reversible, versatile port (or two?) may be just what the Surface Pro 5 needs to alleviate the product line’s slight input/output problem. A single USB 3.0 port and a proprietary charging port aren’t going to cut it for much longer.

It helps that Microsoft has already well-tested the USB-C port within its new Lumia phones, so it’s practically a no-brainer to apply that same tech to the Surface line.

If scuttlebutt is to be believed, we’re about seven months out from a release – plenty of time for the rumor mill to fire up. Stay tuned to this space in the coming months for the latest on things Surface Pro 5.

0 0 0
Previous ArticleIn Depth: Amazon Prime Instant Video vs Netflix: which is best for you?
Next ArticleSpaceX launch is a success, but ocean landing is a miss (again)
Comments (22)

Don't miss a deal at Bodybuilding
Best offers at O2 Mobile
Discounts, Sales and Deals at Marks and Spencer
Save your money with Newegg
Online-Shopping with John Lewis
Best products at EE Mobile
Latest Posts