Sony’s mission to deliver noise cancelling headphones has lead to the birth of the MDR-1000X. It’s a solid name, for a solid pair of headphones.

Sony introduced us to these new noise-cancelling cans, telling us that it has seen a upturn in wireless headphones sales – appending this with confirmation that Sony was the number one headphone manufacturer in Europe, both in terms of value and unit sales.

Sony is also no stranger to good quality headphones. The MDR-1000X, then, set their sights on a lucrative end of the market: that part of the wireless noise-cancelling headphone segment that sees a pair of headphones sitting on the bonce of every business traveller on every flight.

The Sony MDR-1000X might look familiar and that’s because they sit in the same design as the MDR-100ABN headphones that reside in Sony’s h.ear on range. While those headphones are designed to be slightly more consumer, the 1000X want to take the title of the best noise cancelling headphones in their class. 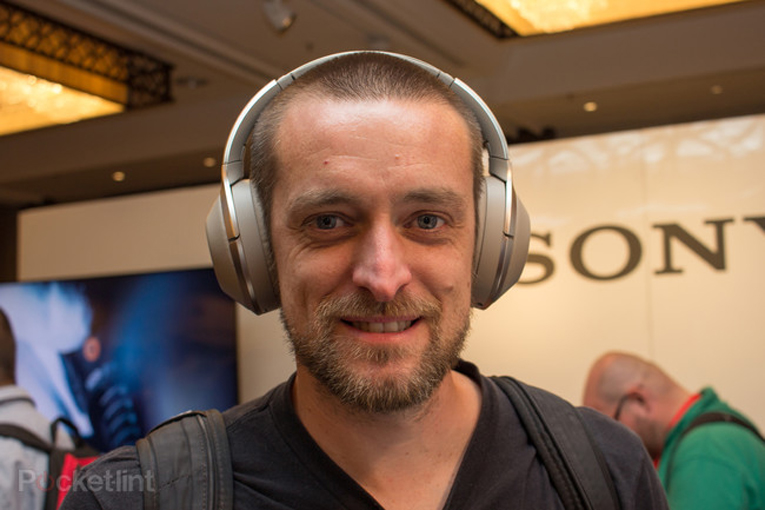 Now let us tell you something: the MDR-100ABN ain’t half bad at that job, so the 1000X really have to go some to push those headphones off their perch.

But push they do: having spent a little time with the 1000X, our first impressions are that these are a phenomenal set of noise-cancelling headphones.

The secret lies in the technology. Not only do these headphones fit well, fold neatly into their (supplied) case making them idea for travel and offer generous padding around the ear cups and headband, but they are packed full of technology to make them make your music sound better.

We’re not talking about processing your music files, we’re talking about getting rid of the other stuff that gets in the way of listening to the music you love. Ok, yes, these headphones offer DSEE HX to upscale your compressed music to near Hi-Res quality, but it’s really the noise-cancelling, driven by the Sense Engine that’s exciting.

Firstly, the noise cancelling is really good. We’ve not had long to test the 1000X, but put head-to-head with several competitor headphones, they were clearly superior. That was a test in a controlled environment, of course, so not entirely valid in the real world, but we have high hopes. Background hiss from the air conditioning and even noise from the TV as we write this preview are filtered out, almost entirely.

Some of this comes down to a clever feature that Sony calls Personal NC Optimizer. This runs a quick test and essentially tunes the noise cancellation to account for the shape of your head and the way you wear the headphones. We tried it tuned to someone else and then tuned for us and the difference was noticeable. 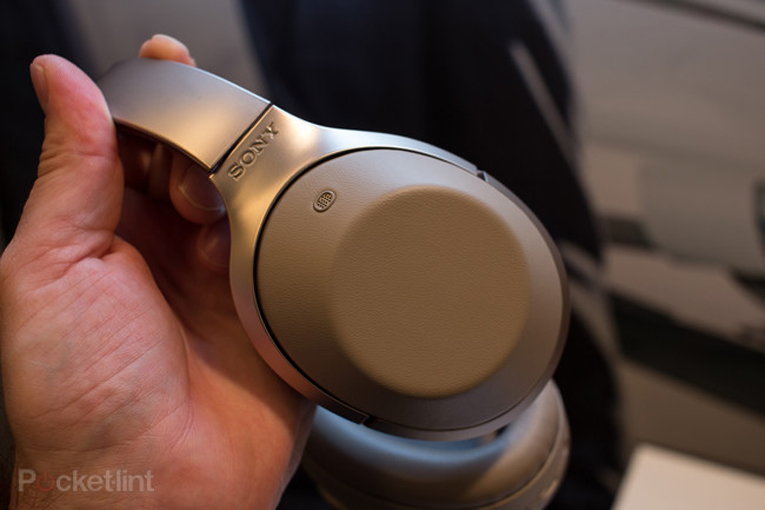 Although noise cancelling is great, it can cut out a lot of what you actually want to hear. With frequent travellers in mind, the 1000X can be set to various levels of acceptable ambient noise. This isn’t a new feature – there are running headphones that will let through noises so that you’re more aware of your environment – but Sony has made the 1000X neatly let through voices too.

The effect is rather drastic. From listening in silence, you can turn on this feature and suddenly hear those around you talking, while still listening to your music. The idea is to let you hear things like airport announcements, so you don’t miss your boarding call.

Some noise cancelling headphones will let you press a button to cancel the cancellation so you can talk to someone. One the 1000X, this can be done simply by placing your palm over the right ear cup. That dips the music so you can talk normally without having to pull your headphones off and hang them around your neck.

That right ear cup exterior offers a range of touch controls to help your control volume and skip through tracks too, meaning that some of the unsightly buttons of the MDR-100ABN have been removed.

Designed primarily for wireless use, the 1000X support LDAC for near Hi-Res quality wireless audio and feature 40mm drivers within. They can be used with the supplied cable, but otherwise charge via the Micro-USB on the bottom of the right-hand cup.

Sony claims that you’ll get 20 hours of music and that a full change takes 4 hours. There’s NFC for easy pairing with compatible devices, naturally.

First impressions of these noise-cancelling headphones are really good. Not only is the technology very clever and the effect really well handled, but they sound fantastic too, delivering punchy detail, bags of bass and plenty of volume.

We will be bringing you a full review of the MDR-1000-X in the very near future, so stay acoustically tuned.

Don't miss a deal at The Home Depot
Best offers at Argos
Discounts, Sales and Deals at FNAC
Save your money with Carphone Warehouse
Online-Shopping with House of Fraser
Best products at Brian Tracy
Latest Posts