Japanese photography giant Sigma first revealed that it was developing a new camera back in September 2018 at Photokina, but it wasn’t until July of this year that the company officially announced it intended to build the world’s smallest and lightest full-frame mirrorless camera.

At the time, pricing and availability was still to be decided, but thanks to new information revealed today, we now have some idea on both those fronts.

A second source has lent even more credence to those price numbers, with an eagle-eyed Redditor (as first reported by Photo Rumors) uncovering a recommended price of $1,899.99 (about £1,545 / AU$2,829) mentioned within the source code of the little camera’s official webpage. Sigma has since fixed the slip, although another Redditor was able to capture a screenshot while the accidental reveal was still live. 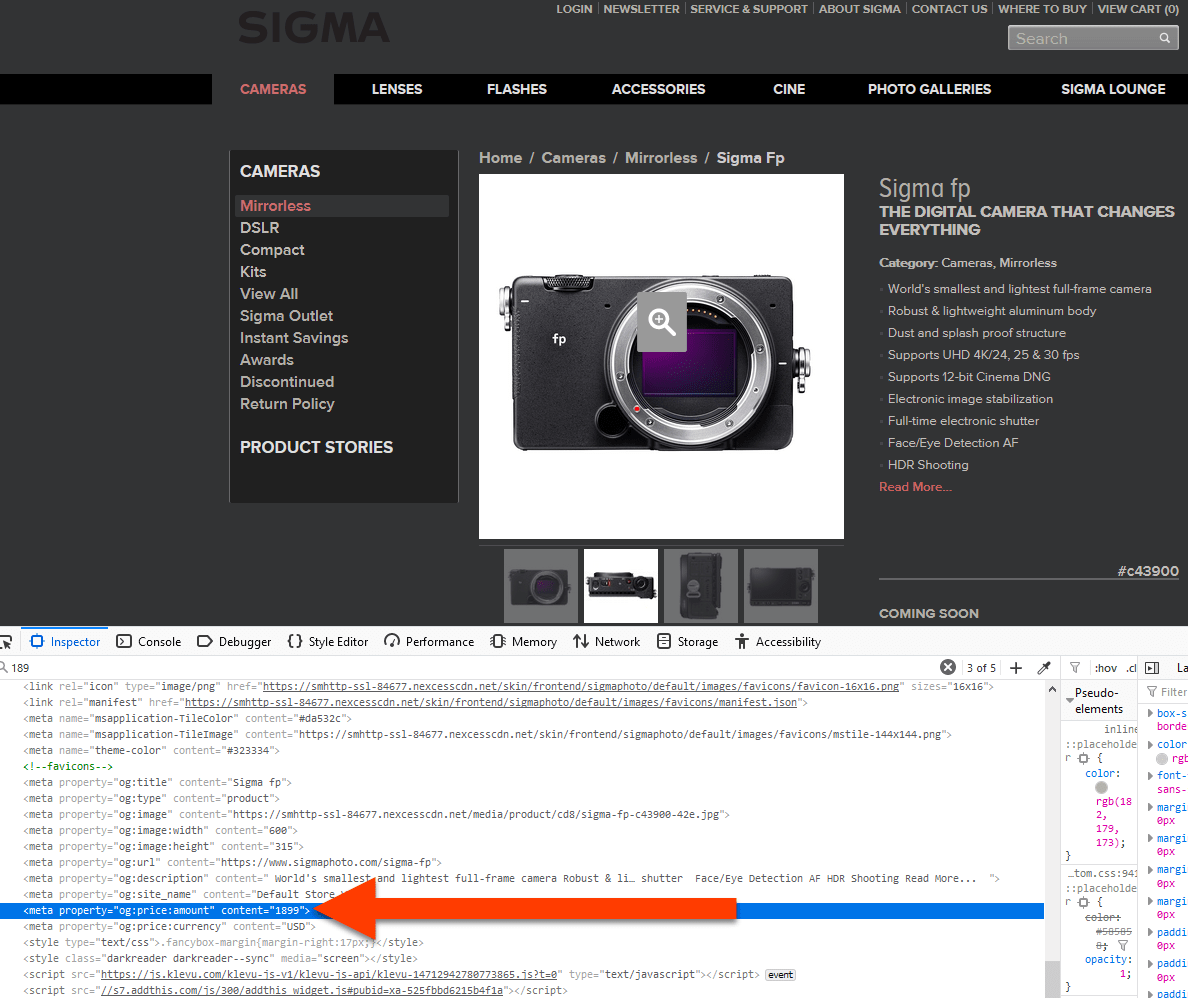 As with all leaks – even those that seemingly come from an official source – it must be noted that the $1899.99 price is in no way definitive, and could change between now and the official release date.

According to Nozomi Tanaka, a well-connected photographer in Japan (via Mirrorless Rumors), the Sigma FP will likely be announced on October 20, with Google translating his tweet to, “The release date of SIGMA fp has been (almost) decided. Around October 20th. It’s fun to see what happens to the price. If it is later than that, it may be due to a problem with the final adjustment of the firmware. I pray that this will not happen. There is no possibility that it will be faster … because it is Sigma anyway.”

The Sigma FP will be the company’s first camera since the launch of the SD Quattro H in 2017, which was based on Sigma’s Foveon technology featuring a 25.5MP APS-H sensor.

The FP will reportedly feature a 24.6MP full-frame sensor, within a body that measures just 45.3 x 112.6 x 69.9mm and weighs just 370g without a lens. (By comparison, the Sony Alpha A7 III is 650g, the Nikon Z6 is 675g and Canon’s EOS RP is 485g.) The Sigma FP will be almost modular and arrive with nine accessories at launch, allowing users to customize the shooter to their needs – be it for stills or for video.

Sigma is part of the L-mount Alliance, meaning the FP will be able to use any L-mount lens built for (and by) Panasonic or Leica. If the L-mount lens roadmap is anything to go by, the FP could have 42 compatible lenses by the end of 2020.

If those October 20 announcement predictions are correct, at least we won’t have long to wait to find out more. Stay tuned.

Don't miss a deal at Carphone Warehouse
Best offers at H&R Block
Discounts, Sales and Deals at Surfdome
Save your money with Argos
Online-Shopping with Nike DE
Best products at Sky
Latest Posts