At first glance, Sennheiser’s new Momentum True Wireless 2 look more or less the same as their predecessors but don’t be fooled into thinking the German manufacturer has rested on its laurels. 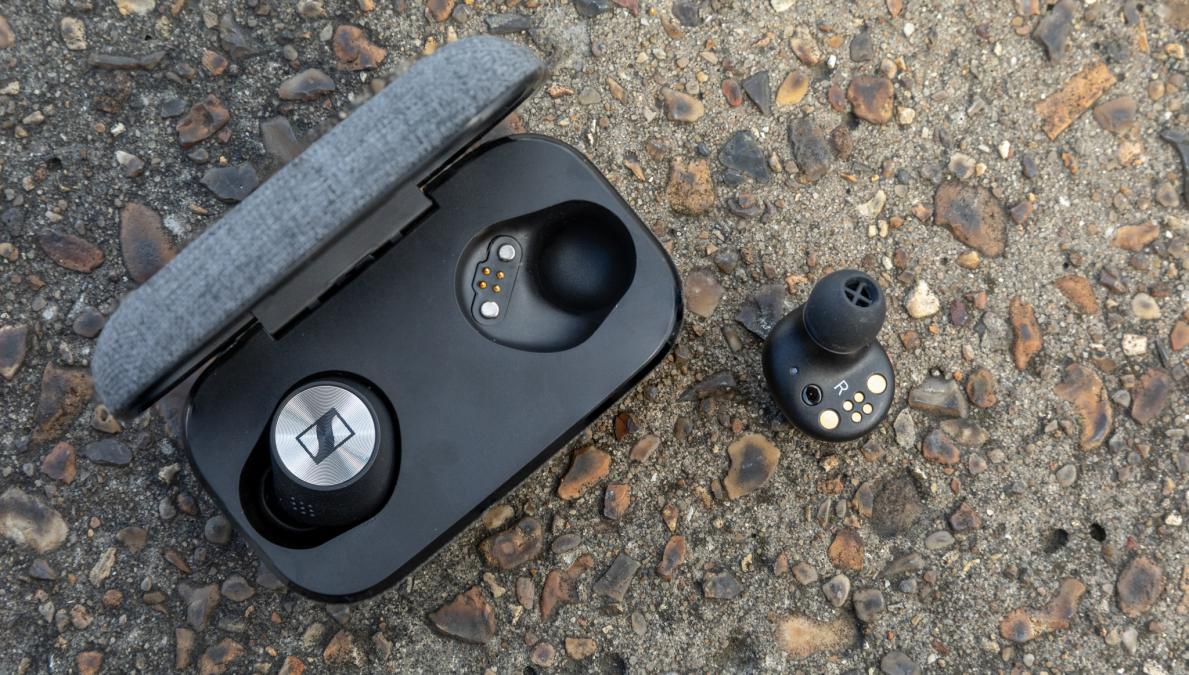 Sennheiser Momentum True Wireless 2: What you need to know

Typical of most true wireless earphones, the Sennheiser True Wireless 2 come with a case that both keeps your earphones protected and topped up with charge when they’re not in use. Sennheiser claims the earphones last up to seven hours between charges and an additional 21 hours when using the case to charge them, which itself is charged via USB-C.

As with the first-gen Sennheiser True Wireless, these earphones are built around 7mm drivers, and touch-sensitive surfaces on their housing lets you summon Google Assistant or Siri, control music playback and answer phone calls.

Although active-noise cancelling is the standout new feature on the True Wireless 2, it’s worth highlighting that, as with the previous model, the earphones also offer a handy transparency mode that enables you to mix in outside sounds with whatever else you’re listening to. Like the previous model, they’ll also automatically pause when you remove either bud from your ear. 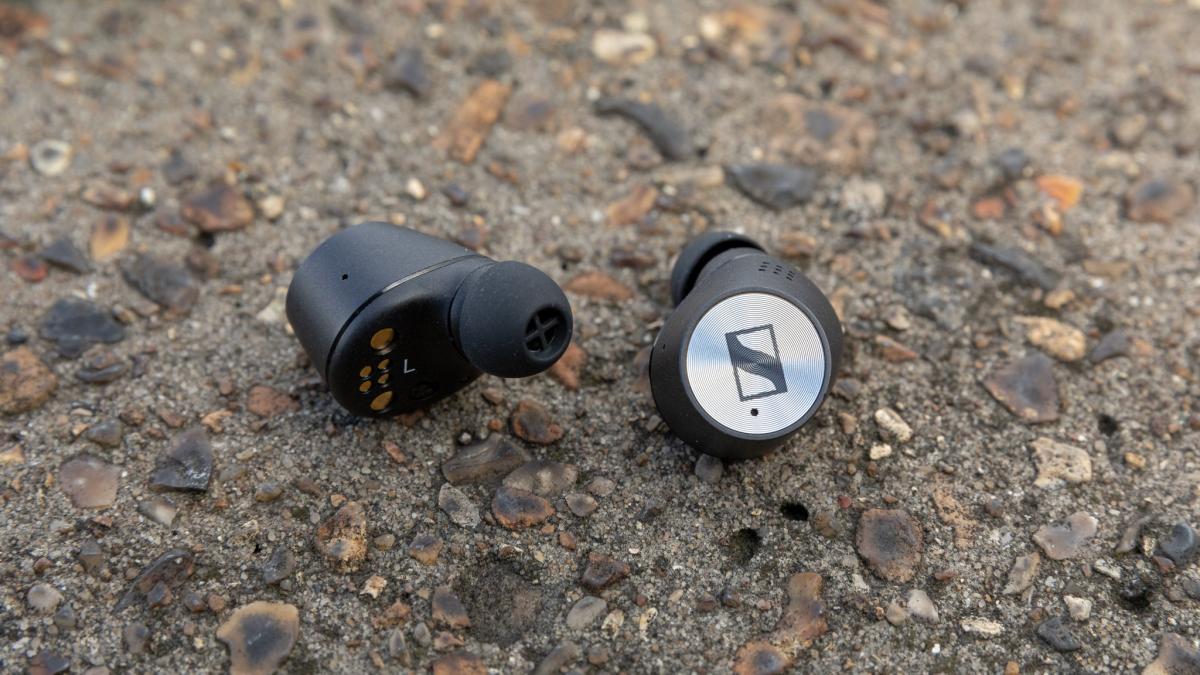 With an asking price of £280, the True Wireless 2 cost the same as their predecessors did when they launched. At the time of writing, however, the older model is available from a lower £190, so you can save £90 if you’re happy to forgo ANC and the improved battery life.

The most obvious competition in this price bracket comes from Apple Airpods Pro. Available for £250, they offer a similar feature set to the Sennheisers, but without quite such long battery life.

If that still sounds like far too much money, Sony’s WF-1000XM3 and Libratone’s Track Air+ are both excellent alternatives and have ANC but are cheaper still at around £170. Alternatively, if you can live without noise cancelling, the Creative Outlier Air offer superb sound quality at a much more palatable £70. 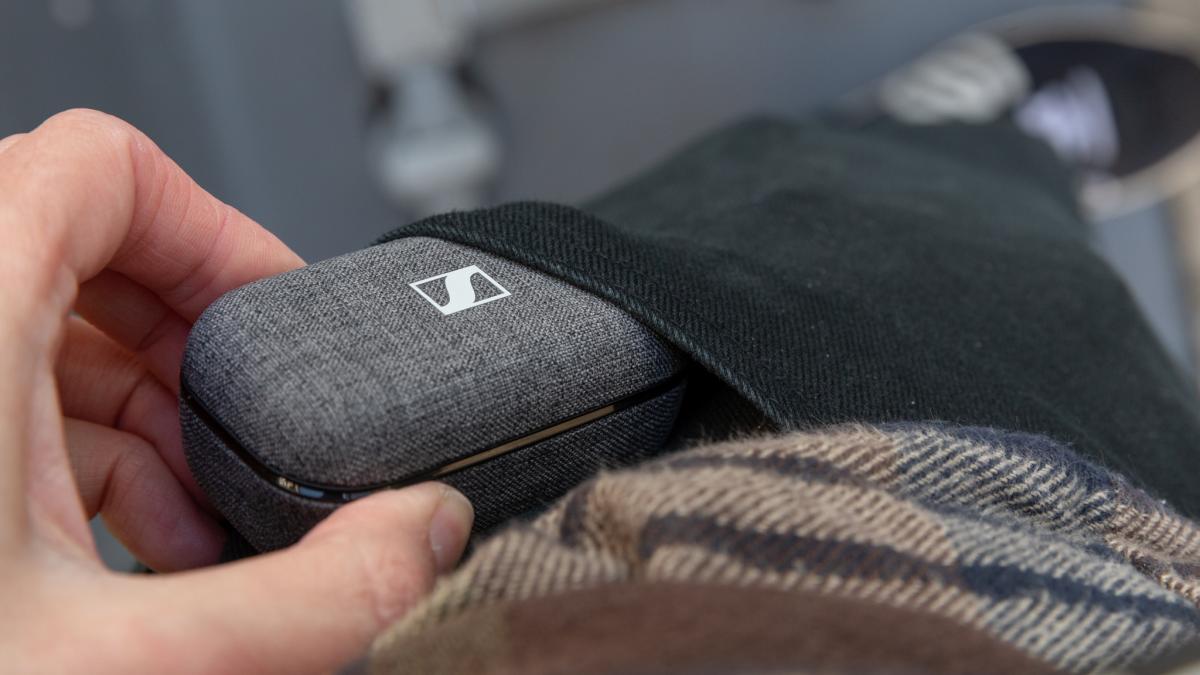 Although Sennheiser claims it’s refined the ergonomics of its true wireless earbuds, in reality very little about the design has changed since the first version besides them being noticeably smaller. In many ways that’s a good thing and, when it comes to comfort, I’ve been really impressed with them.

Thanks to the bulk of the housing, it can take a bit of fiddling around at first to work out the best angle from which to insert the earbuds into your ear canal. However, after I’d got the knack, I had no trouble inserting them and was happy to leave them in my ears for hours at a time.

If there’s any frustration I have with the design, it’s the same one Chris had with the first-gen Momentum True Wireless: the finicky nature of the touch controls. With these, it’s the steepness of the learning curve that’s more irritating than anything. Indeed, because you need to be fairly precise and quick-fingered, I initially found myself tapping the right earbud just once, which activates Google Assistant; or twice, which enables transparency mode, instead of the triple tap required to switch ANC on and off. 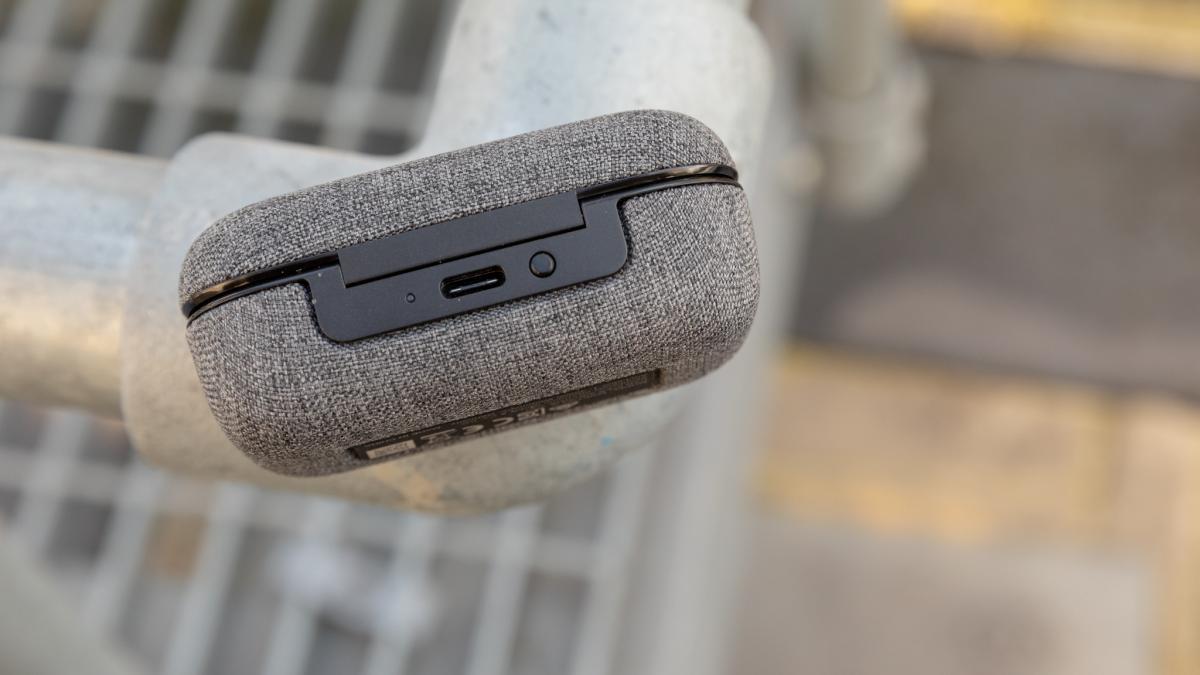 The good news is that you can customise all of the touch functions from the Sennheiser Smart Control mobile app so that those you use most are most readily accessible with a single tap. With a little muscle memory in my fingers and a better appreciation for the audio feedback, I soon became more adept at using the touch controls but there are still times when I felt they’d benefit from a physical button.

It’s from the mobile app, too, that you can toggle the earphones’ various smart features on and off. Smart pause, which pauses music automatically when you remove an earbud from your ear, is enabled by default, as is “Auto-accept call”, a feature that accepts calls as soon as the right earbud is removed from the charging case.

The app also lets you switch the transparency mode on and off but, strangely, there’s no way to check whether you have ANC or transparency enabled at a glance. That’s frustrating, but hopefully something that Sennheiser will add in due course. 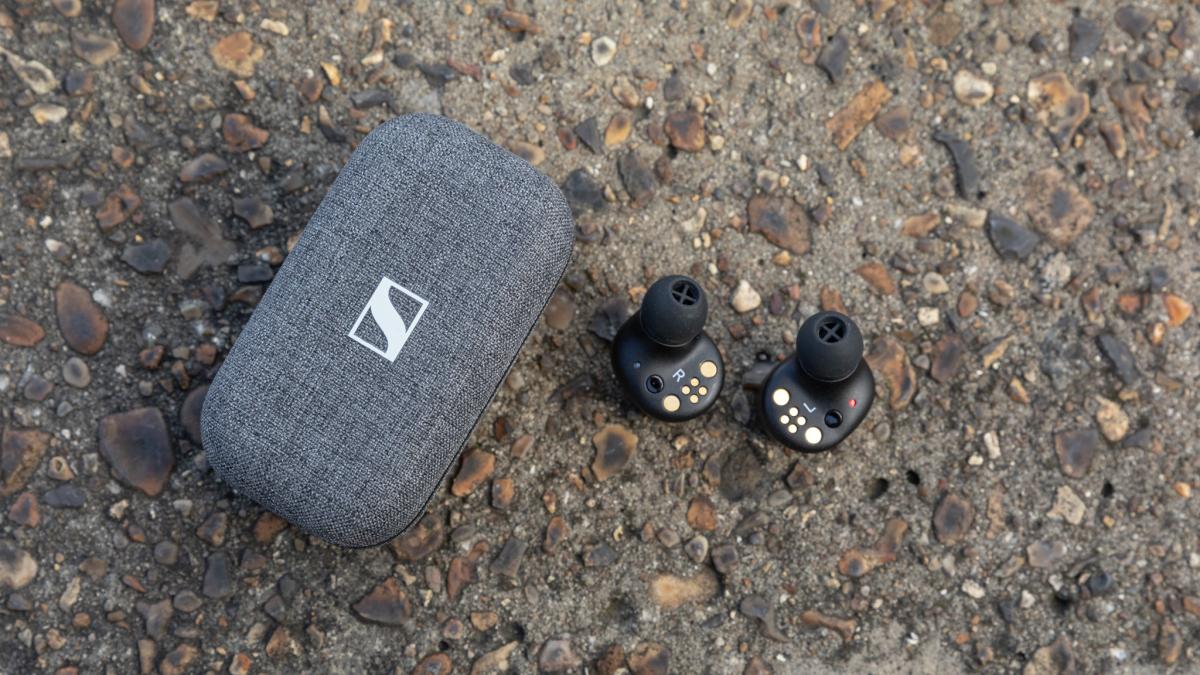 The mobile app also lets you customise the earphones’ EQ, which is a nice touch if you’re the type of person who likes to tinker with such things but I felt no pressing need to do so.

When he reviewed the first-gen earbuds, Chris proclaimed that they were the best sounding true-wireless earbuds he’d ever heard and, after a few days with the True Wireless 2, I have to say the same about the newer model.

Somewhat unsurprisingly, given that the hardware remains largely unchanged, the True Wireless 2 impress in all the same areas as their predecessor. To be more specific, they offer a sense of space that belies their design and there’s excellent instrument separation that helps make for a truly engaging listening experience. 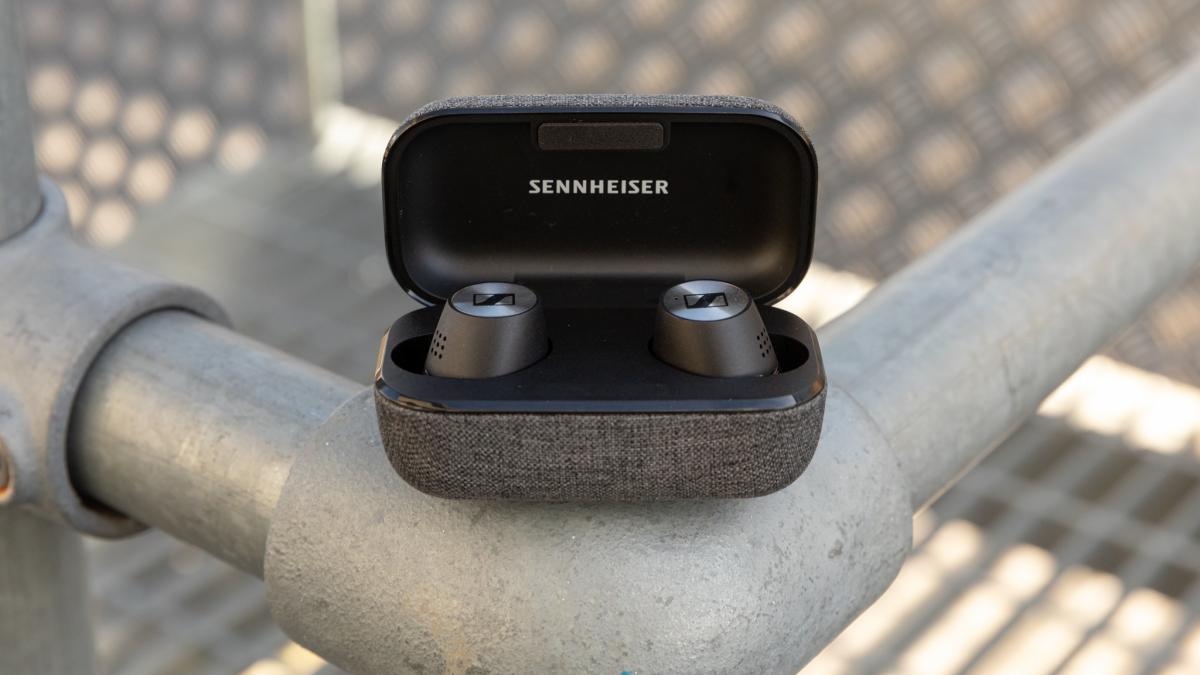 The sound signature is largely neutral, which isn’t to say it’s lacking in bass. On the contrary, low-end frequencies are as well represented as mids and treble, they’re just not as overbearing as they can be with many in-ear Bluetooth headphones.

With support for aptX and AAC via Bluetooth 5.1, it’s possible to stream high-res audio from a range of different devices. And because the earphones use a Qualcomm QCC 5100 chip, they also support Qualcomm’s TrueWireless Stereo and Stereo Plus protocols, which promise improved battery efficiency along with a more robust connection with compatible Android smartphones.

Alas, when paired with my Pixel 3a XL, I found the True Wireless 2’s connection stability a little hit and miss. For long periods, it would be absolutely faultless but, at times, I’d notice one earbud dropping out a little despite sitting in very close proximity of my phone with no obvious source of interference. 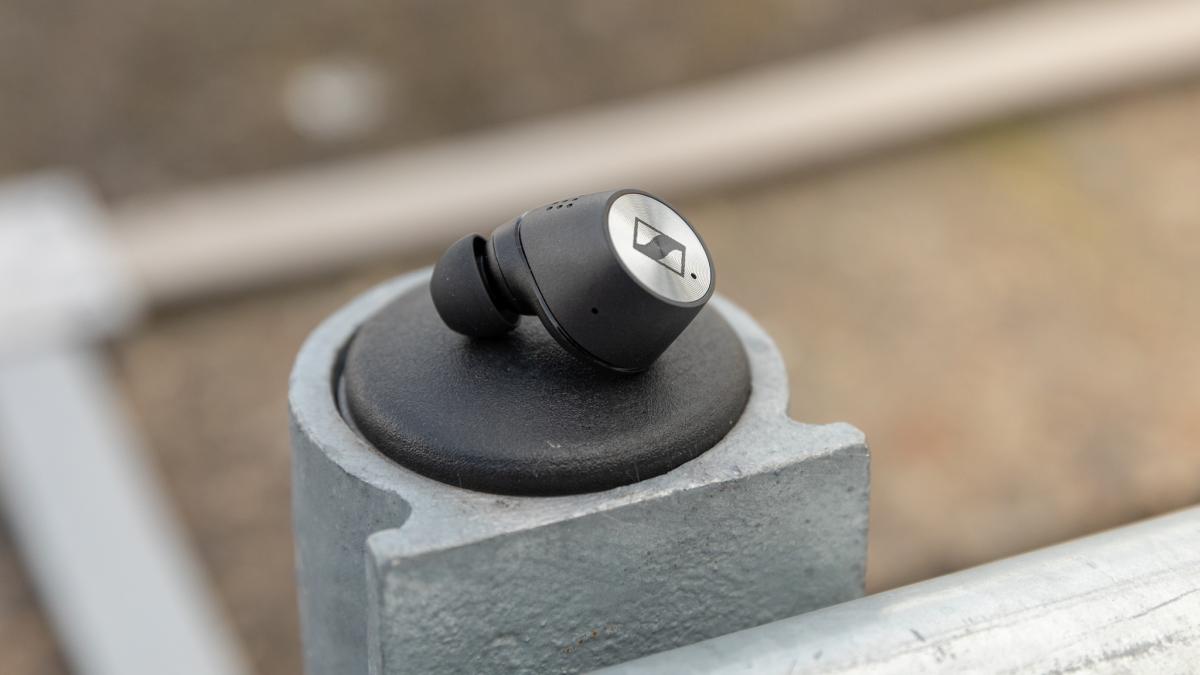 Besides this, however, the signal strength was superb. I was able to move around my house – which, admittedly, is by no means palatial – without the signal dropping out at all. Unfortunately, however, I wasn’t so impressed with audio-video sync.

When watching video on both YouTube and Netflix, there was a noticeable delay between the pictures and the sound of at least 150ms. Hopefully that’s something that’ll be fixed via a firmware update.

Having said that the Sennheiser earphones did a solid job of attenuating the background chatter of colleagues and office air conditioning units while I was sat at my desk in the Expert Reviews office, which allowed me to listen to music at a few notches lower volume. When I played the sounds of an aeroplane cabin loudly on my Hi-Fi the ANC did an admirable job of cutting the low-frequency rumble of the engines.

There’s no doubt the feature is a welcome addition but it offers diminishing returns as you turn the volume up louder, more so than with over-ear or on-ear headphones. If you’re the sort of person who always listens to music loudly, then, it might not be a vital feature for you.

Irrespective of this and the few other niggles, my experience of Sennheiser’s Momentum True Wireless 2 has been overwhelmingly positive. Indeed, since receiving them, I’ve not reached for any other headphones, wireless or otherwise, which is a testament to their superior sound quality and comfort.

As with the previous model, however, there’s still that thorny issue of price. If Sennheiser’s true wireless earbuds cost £200 they’d surely be a shoo in for an Expert Reviews Best Buy award. But when you can buy two pairs of Sony’s superb WF1000XM3’s for just £40 more than the Sennheisers, it tells you just how expensive they are.

If money is no object, go buy them and you’ll almost certainly be very pleased you did. If, however, you want to get the most bang for your buck, there are better options out there, including Sony’s true wireless earbuds and the Libatone Track Air+.

Don't miss a deal at Boohoo
Best offers at Ancestry
Discounts, Sales and Deals at Surfdome
Save your money with TalkTalk Phone and Broadband
Online-Shopping with Mobiles
Best products at Ticketmaster UK
Latest Posts