Most new TVs come prepared with the popular streaming services you need to watch the latest content on-demand. Even so, a streaming stick can be worth buying, especially one that gives you access to apps or features your TV’s smart platform doesn’t have. Enter the Roku Streaming Stick+, a 4K HDR-enabled media streamer with every service you can possibly think of, from Netflix and Disney Plus to the official app of NASA. It’s not the only 4K HDR streamer out there, granted, but we think it’s head and shoulders above the rest.

Roku Streaming Stick+ review: What you need to know

This unit is the second generation of the Streaming Stick+, and several improvements have been made on the original device we reviewed in 2017. Voice search is the most noteworthy addition but other features have also been added, including support for HLG and Dolby Atmos. The Roku Streaming Stick+ is now markedly cheaper than at the time of our first review, making some of its rivals – including a fellow Roku stick – seem practically redundant. 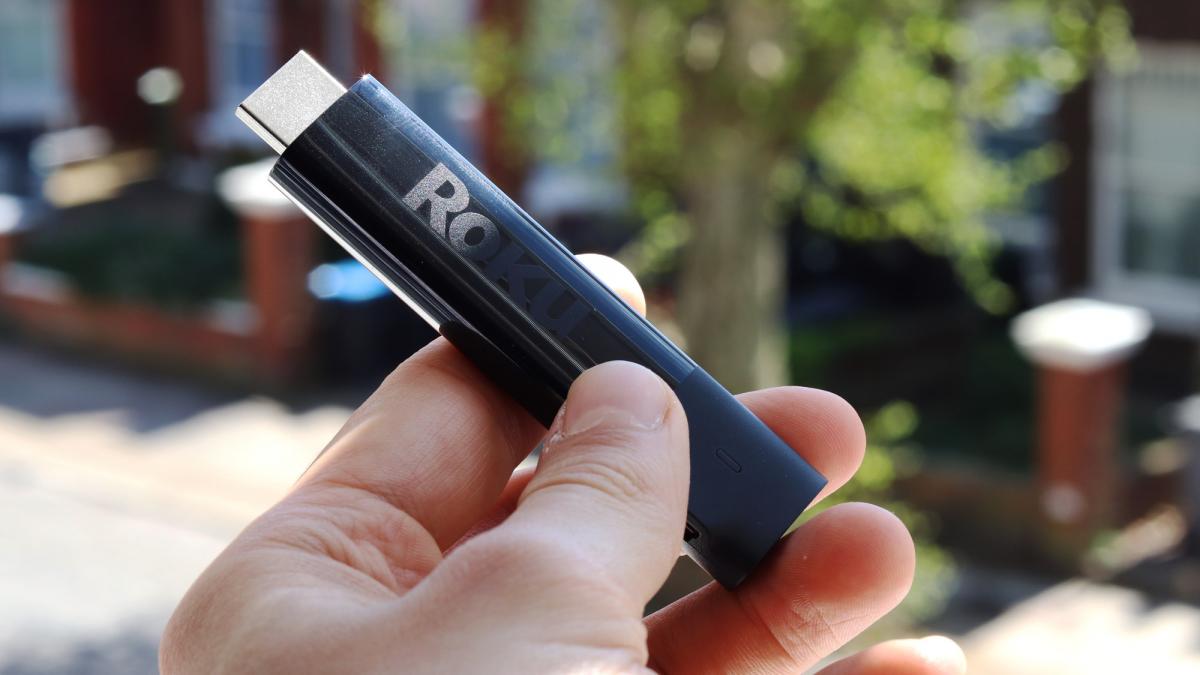 As for apps, Roku’s streaming service coverage is unmatched. The major services such as Netflix, Disney Plus, Apple TV, Now TV and Amazon Prime Video are all accounted for, as are the usual free UK TV catch-up services. Countless more apps are available through Roku’s app store, from the useful to the obscure.

Because the Roku Streaming Stick+ costs only £49 at the time of writing, you’d have to be penny-pinching to opt for the £30 Roku Premiere instead. Both support 4K and HDR and have the same selection of apps, but the Premiere lacks a voice remote control and has a more awkward design.

Amazon’s Fire TV Stick 4K is the most obvious rival. At £50 it’s the same price as the Roku, yet it has greater HDR support, extending to HDR10+ and Dolby Vision in addition to HDR10 and HLG. And, for those who’ve invested in Amazon’s smart home infrastructure, its Alexa integration is a serious boon. It offers most of the key streaming services in the UK, with the notable omission of Now TV.

The next cheapest 4K rival is the Google Chromecast Ultra, which we reviewed at a price of £69, though it can currently be found for under £60. Since it doesn’t have a user interface or remote of its own, you need to control the Chromecast using a laptop, tablet or smartphone, which isn’t to everyone’s taste. App coverage is excellent, however, and its HDR coverage includes support for Dolby Vision.

The Roku Streaming Stick+ has a minimalist design, although it’s more cumbersome than some rivals. It’s a small, black plastic stick – roughly the size of a USB thumb drive – which plugs directly into one of your TV’s HDMI ports. No HDMI extension cable is provided so you’ll need to make sure you have decent clearance between your TV and the wall (or budget for an extension cable) if you’re cursed with outwards facing HDMI inputs. 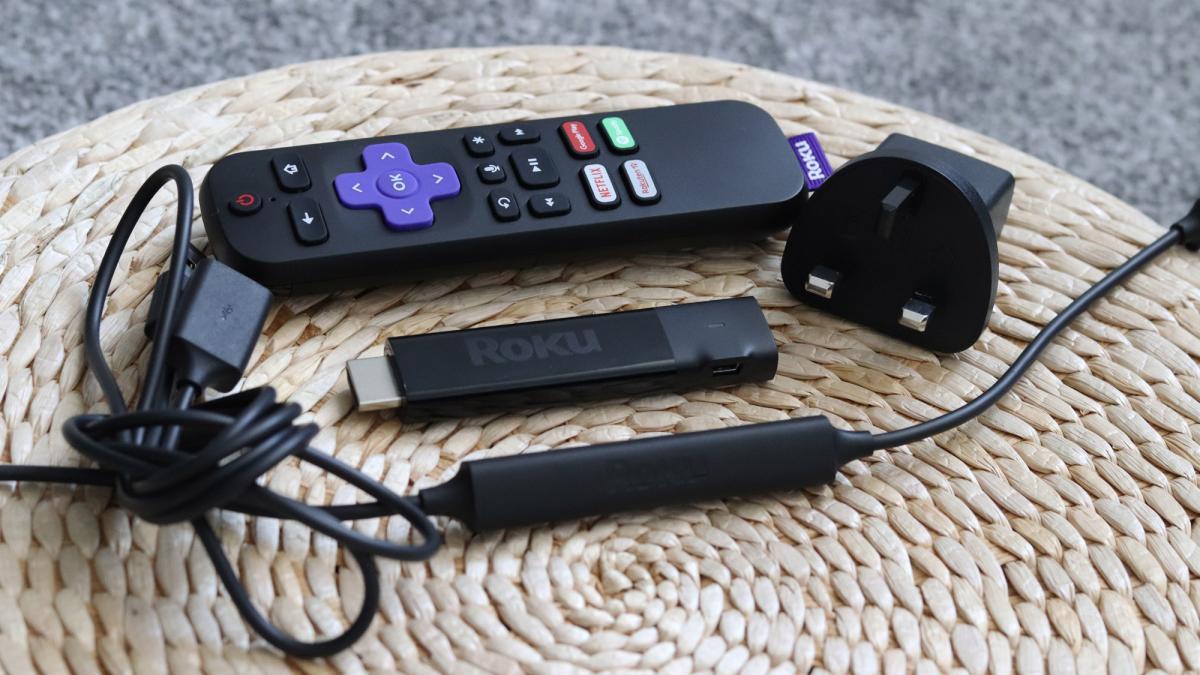 Since HDMI can’t do it, the Streaming Stick+ needs a source of power – provided via a USB connection. You can either connect the provided cable directly from the stick’s micro-USB port into one of your TV’s USB sockets or through a power extender that houses a long-range wireless receiver and feeds into a mains socket. Roku recommends the latter option for “the best streaming experience”, although setting it up proved a challenge in my living room, as the nearest wall sockets were already occupied by my TV and games console. 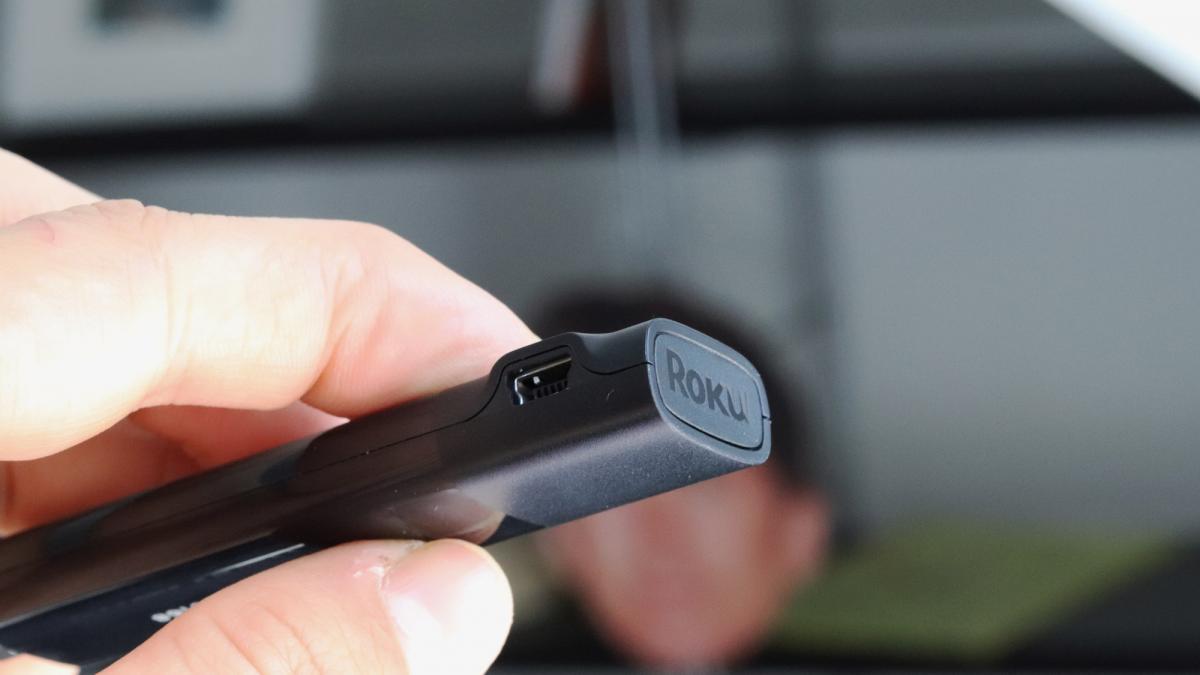 From here, setup is straightforward: put batteries in the remote and follow the on-screen instructions. To complete the device activation you need to link it to an existing or new Roku account using your phone or computer, then punch in some credit card details. You won’t be charged; it’s just in case you decide to purchase content from Roku’s store in the future. 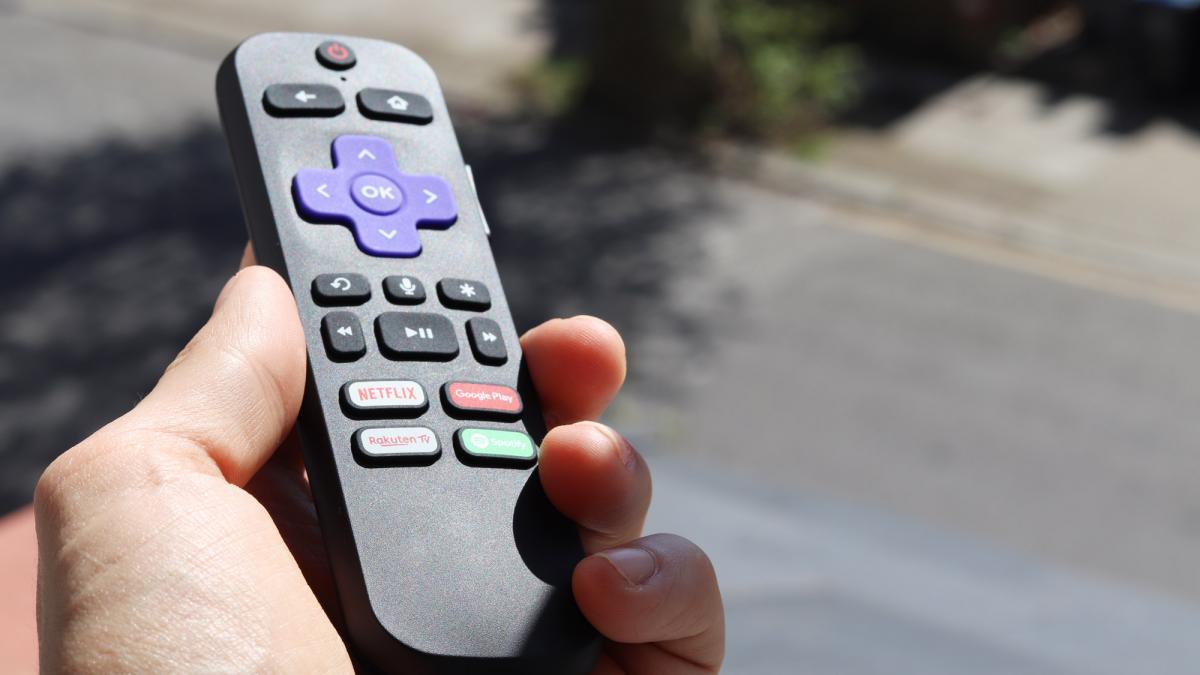 The Streaming Stick+ comes with one of Roku’s enhanced “point anywhere” voice remotes, which connect wirelessly rather than via infrared. It’s a compact remote with rubber buttons that has all the basic controls you’d expect, plus four branded buttons for launching straight into Netflix, Google Play, Spotify and Rakuten TV. Once set up, the remote can also act as a master control for your TV’s volume and power.

Roku’s streaming sticks use the beautifully simplistic Roku OS, an Operating System that’s also found on the Roku-powered Now TV Smart Stick. On the Streaming Stick+ the menu has five sections: Home, My Feed, Search, Streaming Channels and Settings. Home is used the most because this is where content is typically launched from. Adding and arranging apps within the Home section couldn’t be simpler, and distractions from adverts are kept to a minimum. 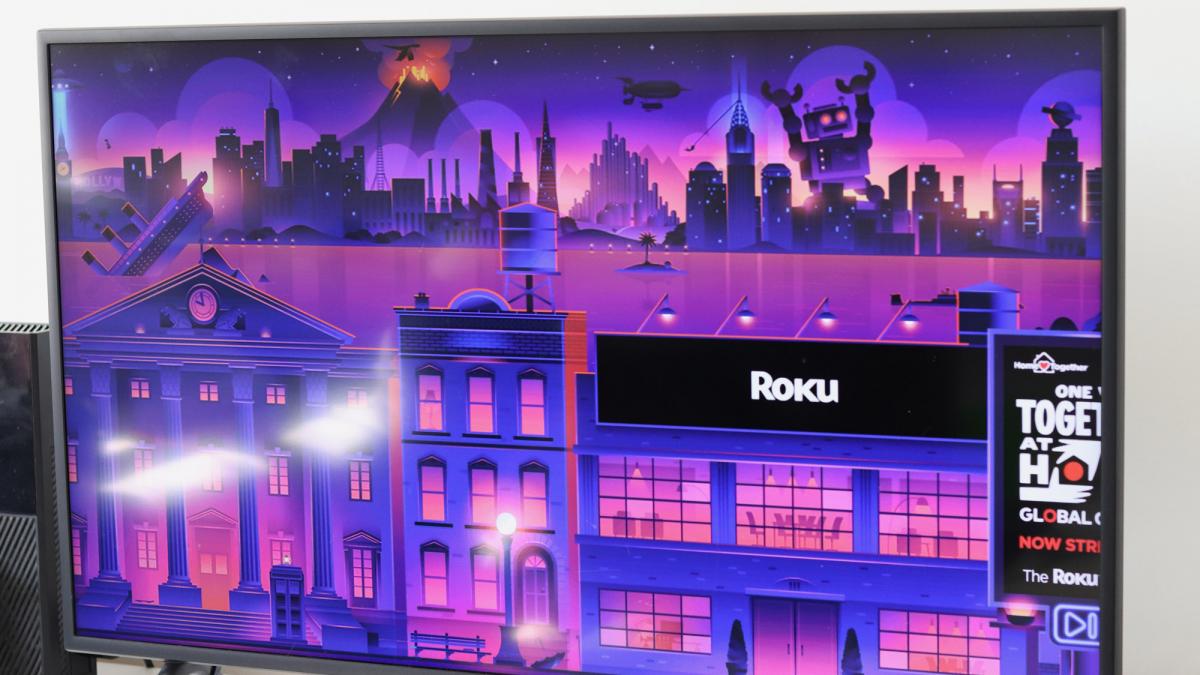 Streaming Channels takes you through to Roku’s Channel Store, which has everything from streaming services to educational apps. You can access the store just as quickly using the ‘Add Channel’ button from the Home page. My Feed usefully highlights new and upcoming content such as TV shows and movies you have followed previously. 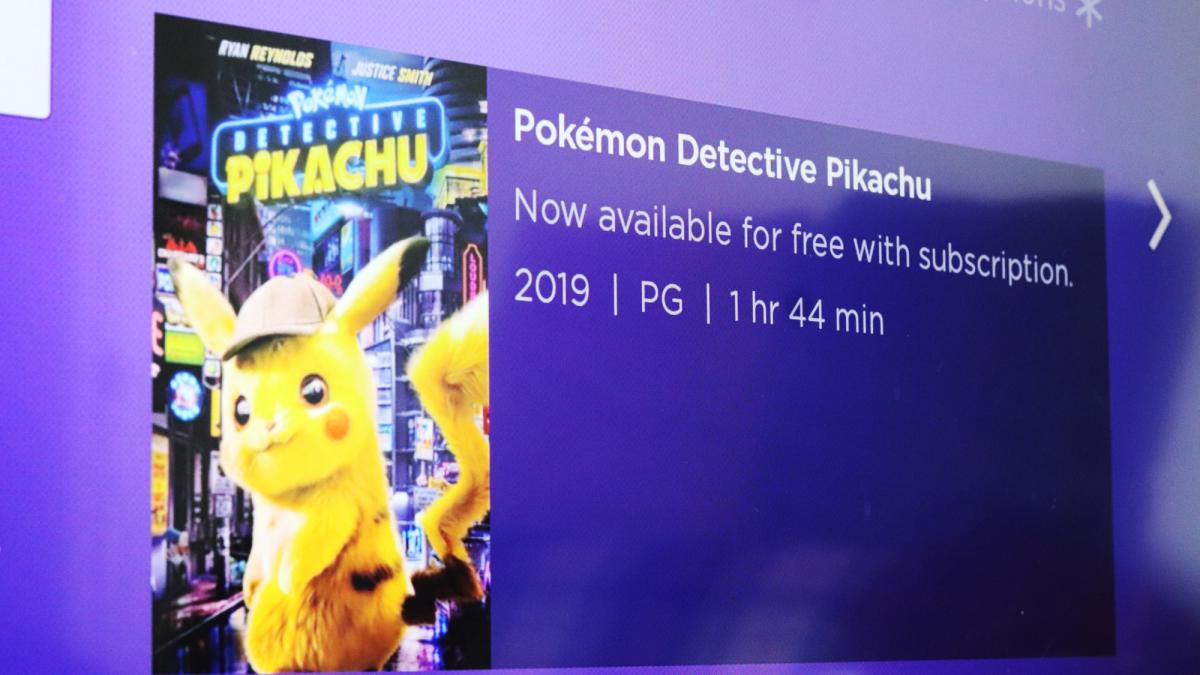 When I first set up the Roku, for instance, I did a search for Detective Pikachu and found it was only available to buy at a cost of £10. I hit the Follow button, however, and a week later, when scrolling past My Feed I saw a notification that Detective Pikachu was available to stream on Now TV, a service I was already subscribed to.

The on-screen Search function never gets used in my household because the Roku remote’s universal voice search function is so much faster. When you hold down the mic button and say the name of the show or movie you’re after – Spider-Man 2, for example – Roku takes you directly through to a list of results, with the most relevant at the top. 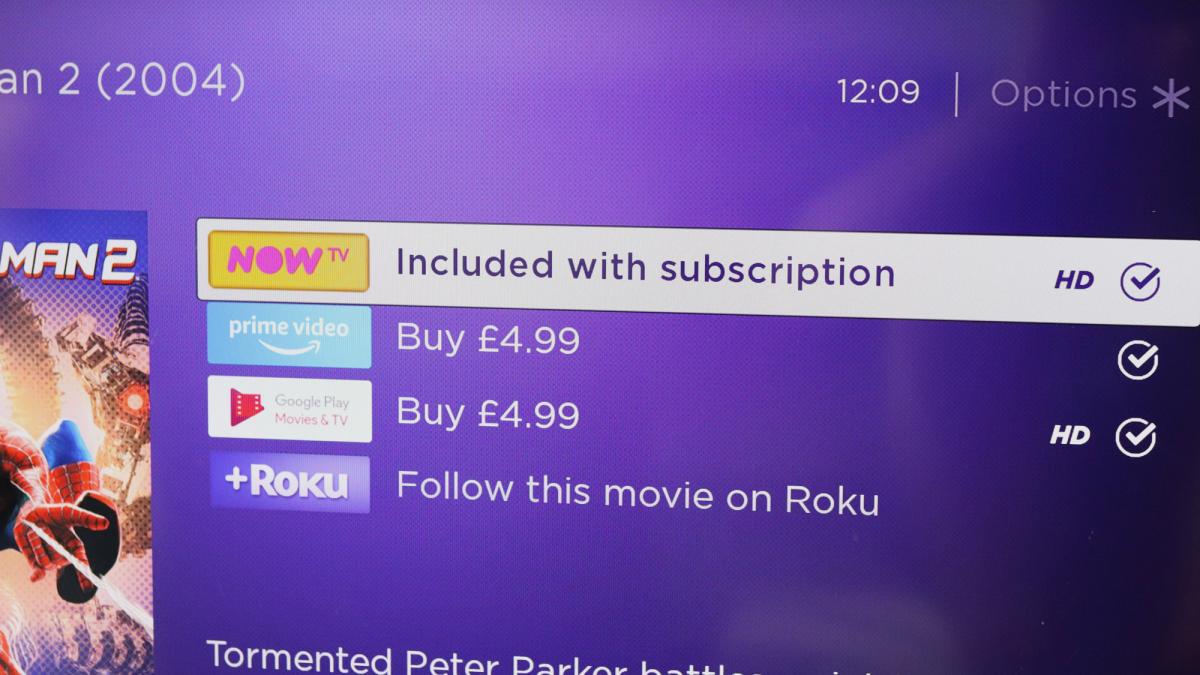 Click through to that movie or show, and you’re presented with a list of services where you can watch it right now, ranked by order of cost. Additionally, saying the name of an installed app like BBC iPlayer or Netflix using voice search will launch it in about two seconds.

Roku’s default screensaver, called Movie Magic, is another nice touch. It’s a continuous, colourful side scroll through a cartoonish cityscape that packs in references to popular franchises, classic films and cult TV shows, plus there’s the odd billboard showcasing fresh content available to watch on Roku. During the ongoing coronavirus pandemic, many of these ads have been replaced with reminders from the NHS to stay at home.

In the streaming stick arena, content is king and the Roku Streaming Stick+ takes the crown. There are 917 apps listed under the Film and TV category, so it’d be easier to list what the Streaming Stick+ doesn’t have. Here’s a quick roundup of the key players, though: Netflix, Disney Plus, Amazon Prime Video, Now TV, Apple TV, Google Play Movies & TV, YouTube, BBC iPlayer, ITV Hub, All 4, My 5, UKTV Play, Plex, Mubi and Crunchyroll. You’re pretty well covered, whatever you’re subscribed to. 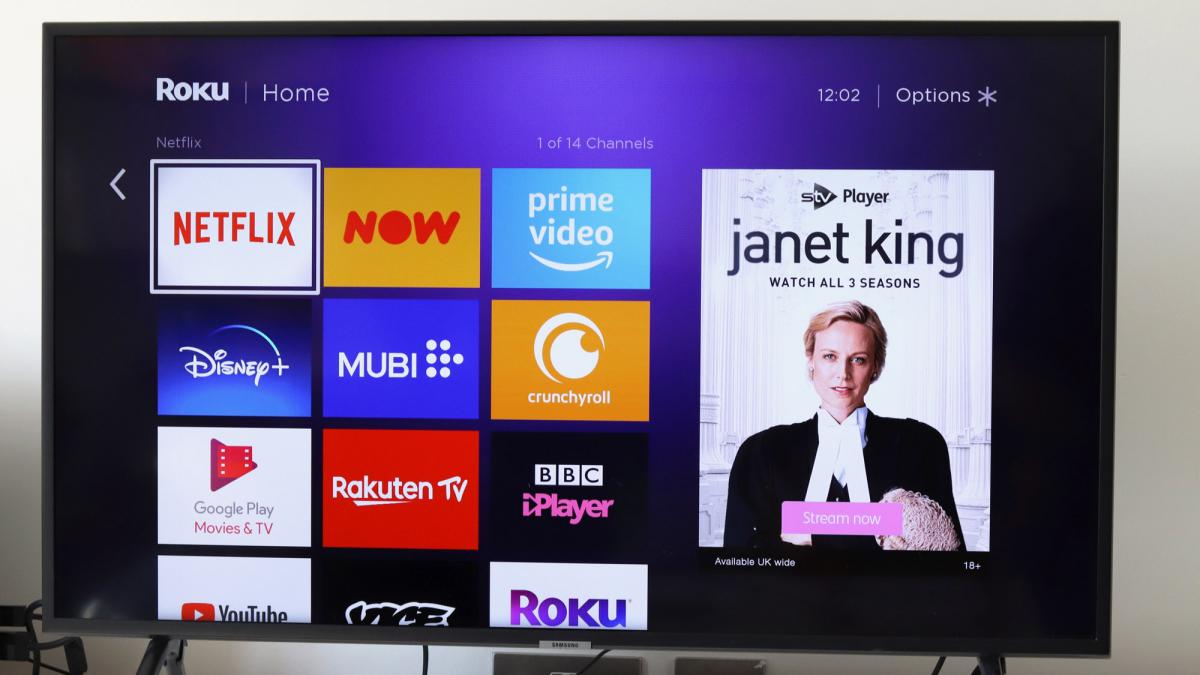 Roku’s sticks are, in fact, the only mainstream streaming devices that don’t miss out on any major streaming platform. Now TV’s Smart Stick uses Roku OS but still loses out on Prime Video, Apple TV and Google Play, while Amazon Fire TV Sticks don’t offer Now TV. Even the Chromecast, though compatible with hundreds of apps, won’t give you access to Apple TV.

Roku recently launched its own free streaming channel, rather unimaginatively called Roku Channel. Think of it as a free-to-watch version of Netflix, only with a lot less content. It’s got a bizarre mix of old blockbusters, sports docs, reality TV and public domain movies, served up through a simplistic menu of categories.

When the service first launched, the most notable ‘featured’ film was Faster (2010) starring Dwayne Johnson. There was also a glut of Gordon Ramsay content. How much? Well, he has his own category, called Ramsay-a-thon. Roku Channel isn’t a game-changer but, on the upside, it costs you nothing.

The Roku Streaming Stick+ can play this video content in 4K (2160p) at 60Hz and supports HDR10 as well as the BBC’s Hybrid Log-Gamma format. My Samsung NU7120 40in television supports HDR10, HDR10+ and HLG, so to watch Amazon Prime Video in HDR10+ I have to exit the Roku and launch my TV’s Prime Video app instead. Fortunately, this my only real gripe with Roku.

In HDR-enabled apps, the Roku performs fantastically well. 4K HDR10 content on Netflix plays beautifully, bringing out the ethereal glow of the moon against the inky black, star-speckled backdrop of space in the intro to Our Planet and capturing every single wrinkle and bead of sweat in The Irishman.

Overall motion handling is solid and colour vibrancy is impressive too. Don’t forget, though, that performance can be as much related to the TV as to the stick. Then again, I didn’t spot any differences between Netflix HDR playback on my TV’s Netflix app compared to HDR playback via the Roku.

Content upscaled from 1080p looks fine for the most part, although I noticed some of the night-time set pieces in Godzilla: King of The Monsters looked a little bit noisy while I was viewing it through Now TV with Boost.

Switching over to YouTube, I dropped a Doom Eternal gameplay video down to 720p from 4K and observed a devastating drop off in quality, especially on map textures, where colours and details began to blur. It was still reasonably watchable, but the pixelation during fast-paced fight sequences did leave me feeling dizzy after a while.

It’s a shame that BBC iPlayer has temporarily suspended its UHD HDR content playback, as this means I’m unable to view shows such as Dynasties and Dracula in HLG. And, unfortunately, I don’t have the correct setup to fully test the audio capabilities of the Streaming Stick+ (blame coronavirus and home working) but it offers DTS Digital Surround Sound, Dolby Digital and Dolby Atmos over HDMI passthrough.

You can’t do much better than the Roku Streaming Stick+ if you’re in the market for a 4K HDR-enabled streaming stick. It’s easy to use, well-priced and has the most complete selection of apps going, putting a world of content right at your fingertips. Not that you’ll have to use your fingers much, though, thanks to the Streaming Stick+’s outstanding universal voice search. 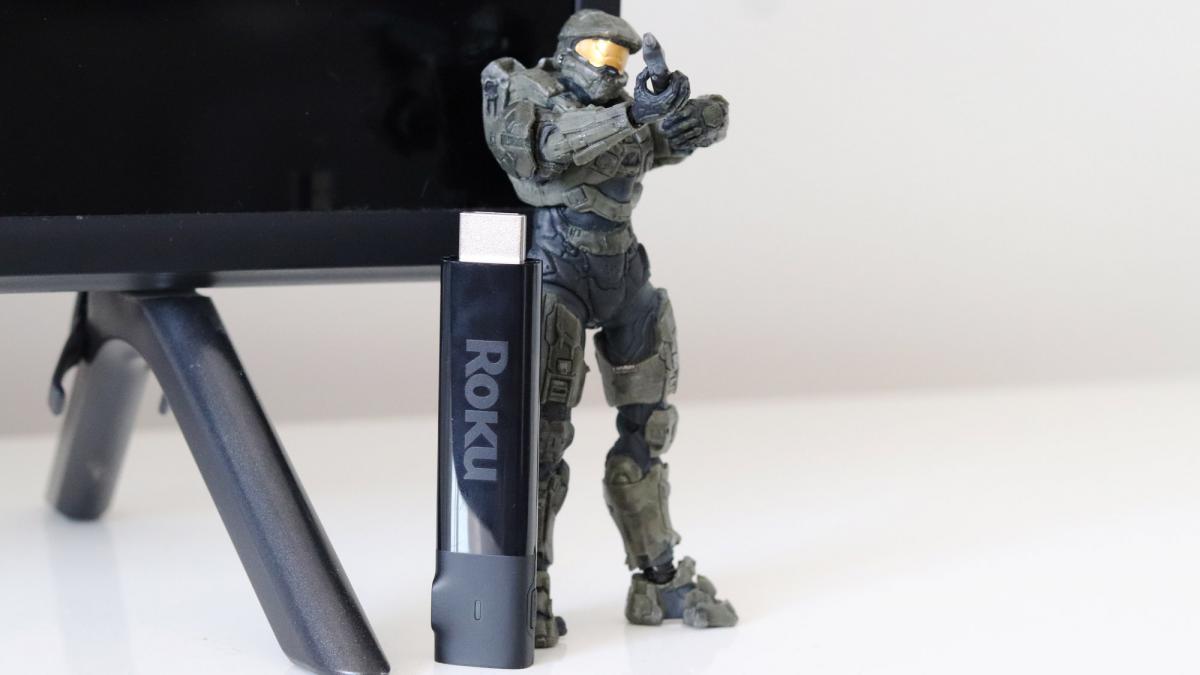 The only true competitor is Amazon’s Fire TV Stick 4K. It costs £1 more than the Streaming Stick+ but, crucially, it offers additional HDR formats – although those are only useful if your TV supports them too, remember. Personally I’d still choose the Roku over the Amazon Fire Stick because of its superb user interface and, even though my smart TV has most of the apps found on the Roku Streaming Stick+, I don’t think I’d ever bother using them again. The Roku Streaming Stick+ is just that good.

Don't miss a deal at EBay DE
Best offers at Ticketmaster UK
Discounts, Sales and Deals at House of Fraser
Save your money with John Lewis
Online-Shopping with Mobiles
Best products at Argos
Latest Posts