The popularity of Sony’s mirrorless cameras has led to a raft of third parties developing interesting and affordable lens options, and that pool is set to grow further with the introduction of the Rokinon AF 45mm F1.8 FE.

The lens, which is also called the Samyang AF 45mm F1.8 FE and Bowers AF 45mm F1.8 FE depending on where you are in the world, is designed to be used with Sony’s E-system Alpha cameras such as the A7 III and A9.

It’s compatible with both full-frame bodies and APS-C alternatives, such as the recently launched A6400, and, unlike some of Rokinon’s other lenses, has been furnished with its own autofocus system.

The compact lens has just seven elements spread across six groups in a new optical design that’s said to be optimized for high-resolution mirrorless bodies. This design includes two aspherical optics and a single extra-low dispersion element, and this helps it to have a weight of just 162g without its lens caps.

Rokinon makes some grand claims as to the new lens’s performance, stating that vignetting, distortion and chromatic aberration are extremely well controlled, and that images are clear and sharp right to the edges of the frame. The inclusion of a nine-bladed diaphragm should also help to keep bokeh nice and round. 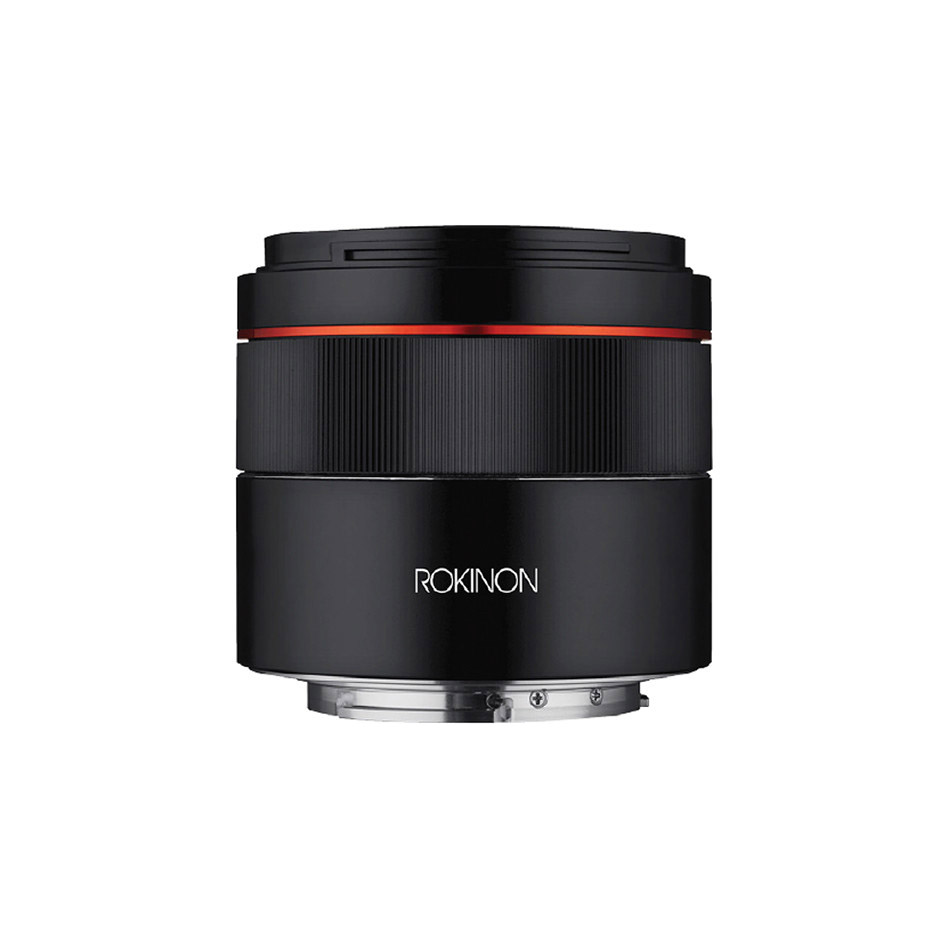 Other sweeteners include a minimum object distance of 45cm / 1.48ft, and Ultra Multi Coatings to keep light transmission high and aberrations low.

The lens can be pre-ordered now, with a suggested retail price of $399 in the US. Those in the UK should be able to grab one for $349.99, while pricing for Australia is to be confirmed. Shipping is expected to begin imminently.

If you want to see what the Rokinon AF 45mm F1.8 FE is capable of, you can check out some sample images at UK distributor Intro 2020’s website.