Rocksteady Stadium 2-Pack review: You could fill an arena with these portable Bluetooth speakers

Rocksteady Audio aims for the higher-end of the inexpensive Bluetooth speaker market with its new Stadium line. This speaker doesn’t compete with high-fidelity multi-room audio systems such as the Sonos Move or the Bluesound Pulse Mini 2i, but it mostly hits its mark.

The all-black mini towers are deceptively demure, each measuring 6 inches tall with a 4.25-inch square base. Designed with Bluetooth 5.0 connectivity, each 30-watt speaker contains two drivers: a 28mm tweeter that gets 10 watts of power, and a 70mm mid/bass driven by 20 watts of amplification. These active drivers are augmented by a pair of 72mm passive bass radiators. The specified frequency response is 60Hz to 20kHz (no tolerance given).

The bigger story, Rocksteady says, is that the Stadium is “powered by Bambu Tech’s AWSM, an AI-powered audio authoring platform,” a platform said to be so amazing you’ll be able to “hear your favorite music again as if for the first time.”

I wouldn’t go that far, but the Rocksteady Stadium speakers were indeed loud, clear, and clean in my testing, with plenty of bass and some juicy mids and trebles. While the clarity of sound was excellent, I found the speakers more attuned to pumping out bigger, busier party-style jams than delicate, classical piano. By bumping up the volume, I found that just about everything sounded great.

One of the big selling points with the Stadium is that an unlimited number of units can be paired to play in unison—in a process similar to Anker’s Soundcore Flare—so one speaker serves as the “host,” relaying audio to as many other Stadium speakers as you’d like to deploy within Bluetooth range (about 100 feet). 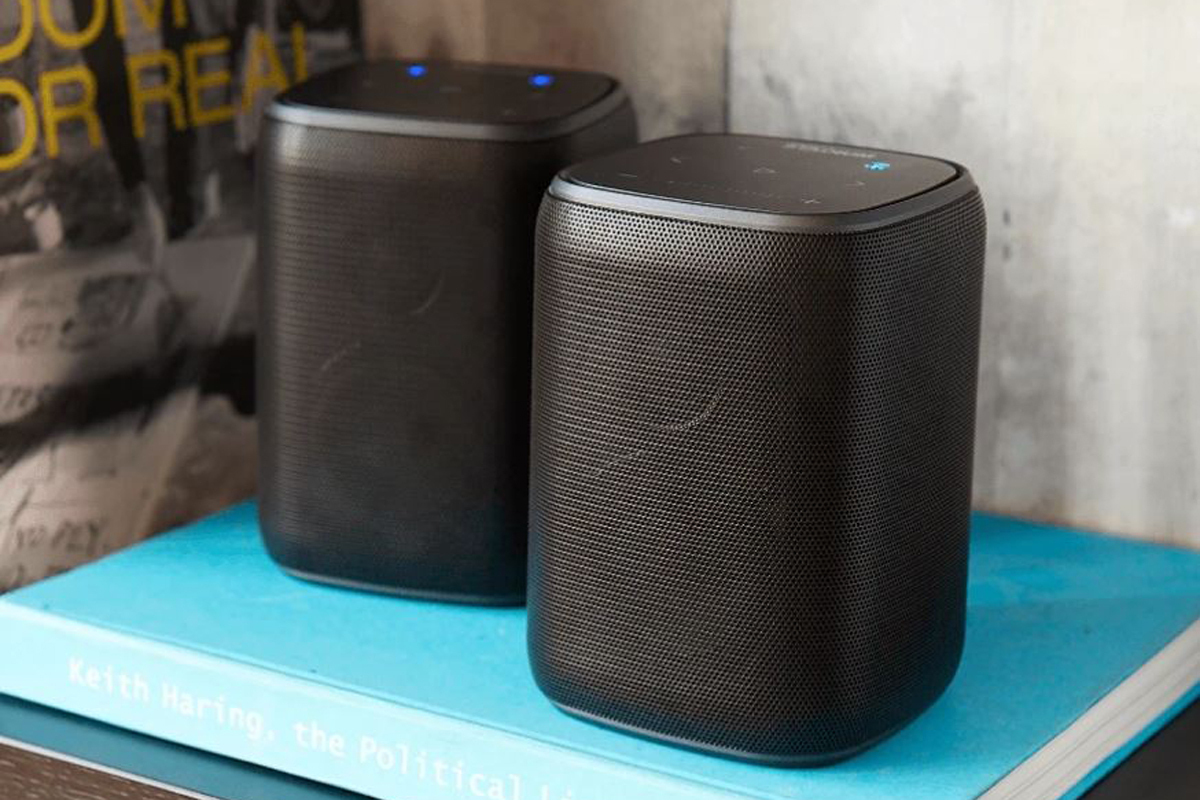 To that end, the Stadium is sold as a single unit, in pairs, or in a bundle of four. I tested the system with two Stadiums and found the experience to be impressive—in part because each speaker has a switch that allows you to use it to play the right channel only, the left channel only, or both together. You can make this decision for each speaker in your collection independently, so you can mix and match however you see fit.

Pairing the host speaker to a source via Bluetooth is a simple process, but the Stadium Mode feature was a little finicky in my testing, and it took me a few tries at power cycling the satellite speaker to get things synced up. Once I had them connected, the system never stuttered—though note that volume is controlled on each speaker independently, which might be a bonus feature for some and a mild nuisance for others if you’re using the speakers in a single area or outdoors. If you want to control volume globally, you’ll need to do so from the source.

Each Stadium has a collection of mercifully intuitive touch-sensitive controls on top within easy reach, letting you control volume as well as pause, play, and forward/rewind tracks. These controls are easy to work with, and the power button located on the rear of the speaker ensures you won’t accidentally shut the speaker down. Note also that track controls only work on the host speaker and are disabled on any satellites. 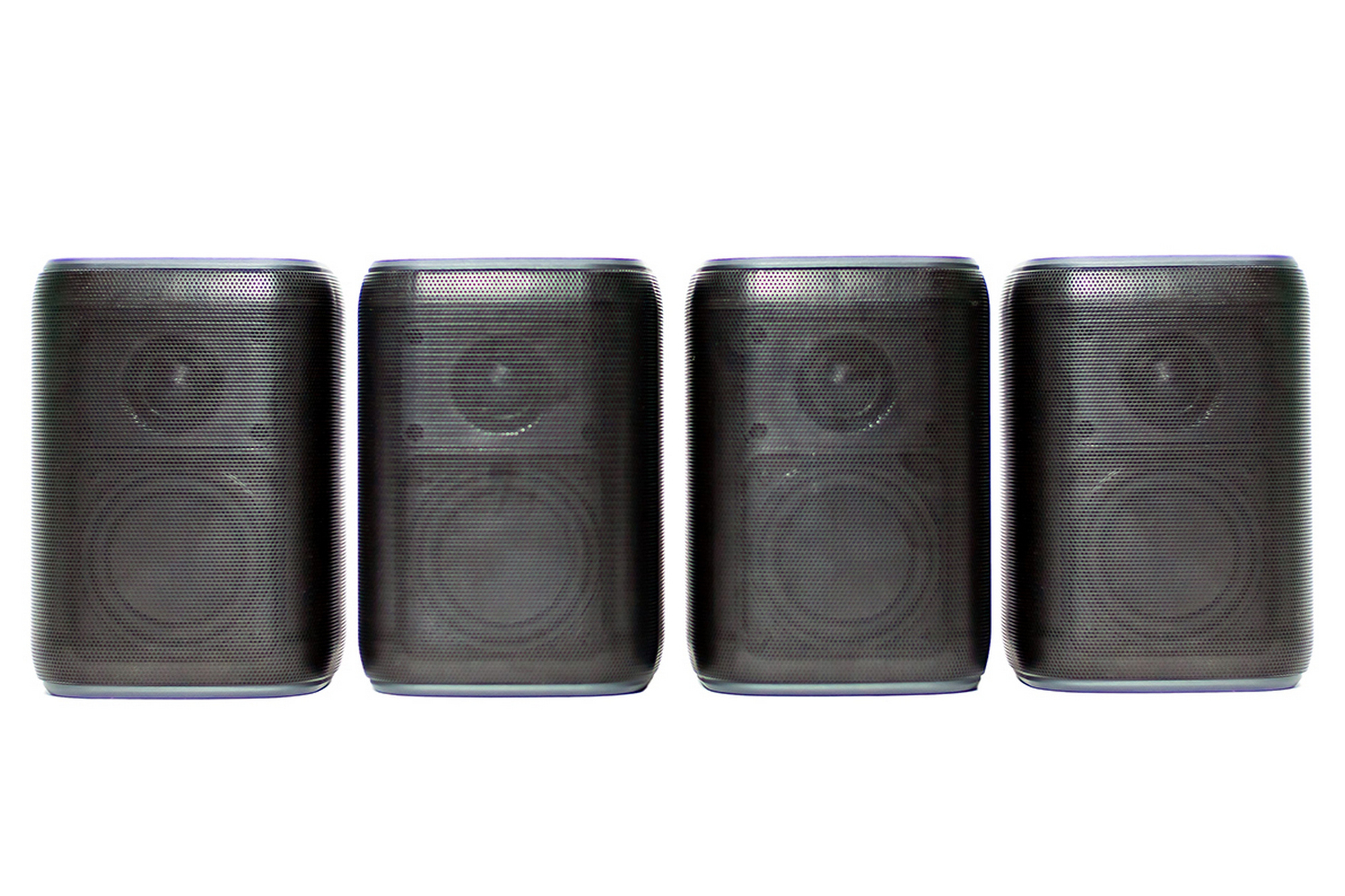 A covered panel on the back of the speaker includes a USB-C connection used for charging (cables and an A/C adapter are included) and a 3.5mm Aux port. The 5000mAh battery inside each unit boasts a 16-hour running time, and there’s a quick-charge mode that can juice the battery to 75 percent capacity in just an hour. (I did not intensively test running time, but in hours of testing I never got the system below 50-percent capacity according to the quartet of LED indicators on the device.)

At $130 each or $250 for a pair, Rocksteady Stadium speakers are decidedly not cheap, considering that big-name-brand speakers in the 30-watt range can be readily found for less than $100. Also note that while the speakers are advertised as being “outdoor speakers,” they do not have any significant weatherproofing features, so if you want something you can use poolside these may not be the best fit. That said, the multi-speaker synchronization feature and some solid quality may make them worth the investment.

But I’d suggest giving them a listen first to ensure they’re to your liking before you shell out for multiple units.

With solid audio and a sophisticated synchronization mode, the Rocksteady Stadium Bluetooth speaker system is a contender.

Don't miss a deal at Adobe
Best offers at Farfetch
Discounts, Sales and Deals at Currys
Save your money with Mobiles
Online-Shopping with H&R Block
Best products at Boohoo
Latest Posts