Sigma hasn’t officially revealed the pricing of its fp full-frame mirrorless camera, but a clever Redditor discovered what is believed to be the price by looking through the source code of the fp product page on Sigma’s website. 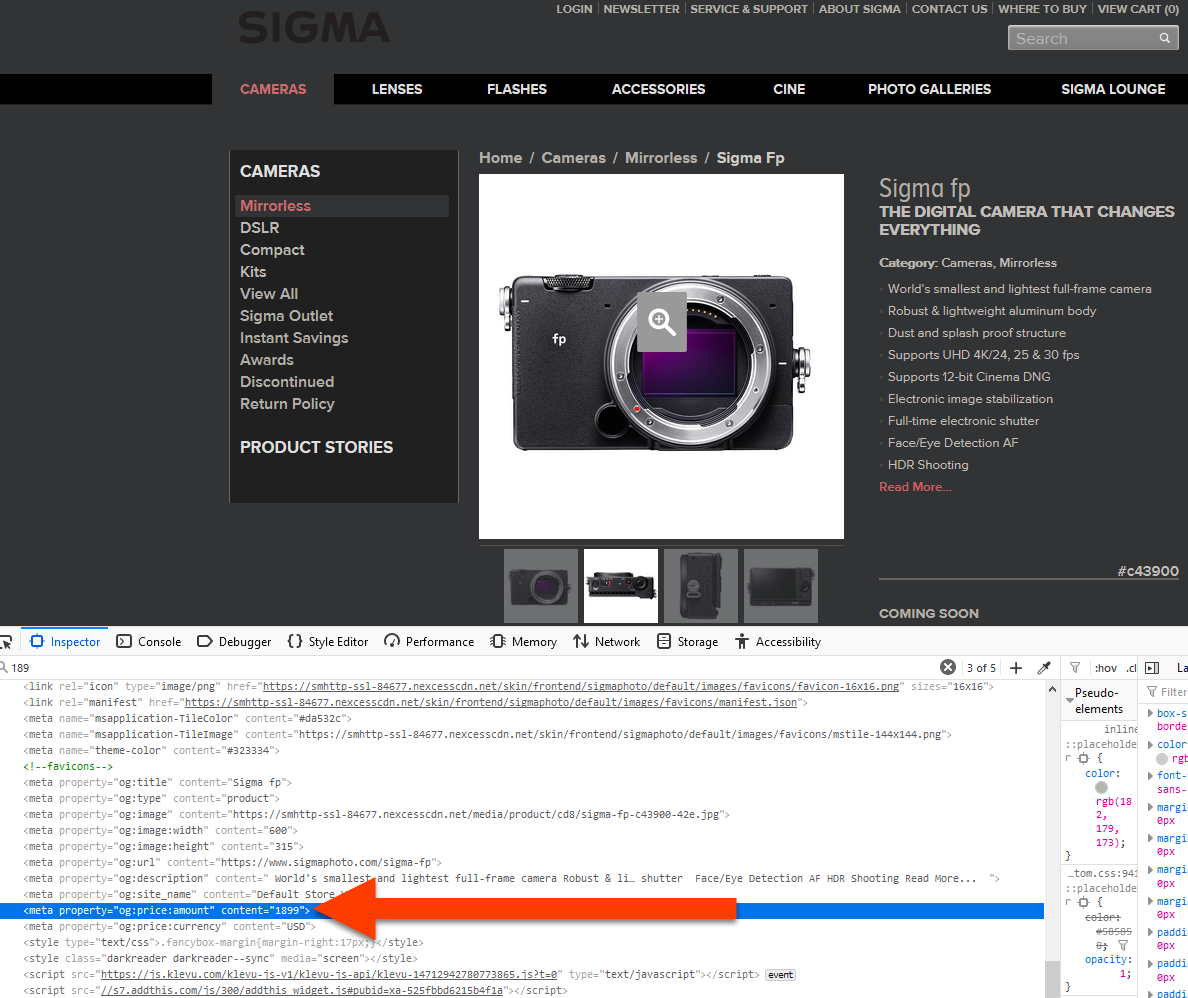 Though Sigma has corrected its mistake and removed the information from the source code of its website, Redditor u/jadware initially made the discovery and Redditor u/ForwardTwo captured the above screenshot showing the pricing information while it was still live on Sigma’s website. The information, which revealed the price to be $1,899, was previously visible under the meta property tag ‘og:price:amount’ when you searched for ‘1899’ within the source code of the website.

This information still isn’t definitive, but it seems like a reasonable price point for the camera and the fact all signs of the price have since been removed lend credence to the possibility of the Sigma fp costing $1,899. Nokishita has also published pricing information, which puts it around the $1,899 price point (h/t Mistral75). Previous rumors have suggested the Sigma fp will be released on October 20th, so it shouldn’t be much longer until we find out definitively.

Don't miss a deal at EE Mobile
Best offers at Argos
Discounts, Sales and Deals at Ancestry
Save your money with EBay DE
Online-Shopping with Vimeo
Best products at Turbo Tax
Latest Posts