The PocketGo is the latest portable gaming emulator from BittBoy, and it refines handheld retro gaming and hits the sweet spot between size, capabilities, and price. Similar in many ways to the New BittBoy V3 that I reviewed earlier this year, it plays all the same retro games from the NES, GameBoy, Genesis, and many more through software emulation. It’s listed for $50 (including an 8GB MicroSD card), but has been selling for $40 for most of the time since its launch. If you’re looking for pixel-perfect emulation then you should look elsewhere. But if you just want the best way to play all your retro gaming favorites on the go, then this is your best bet. 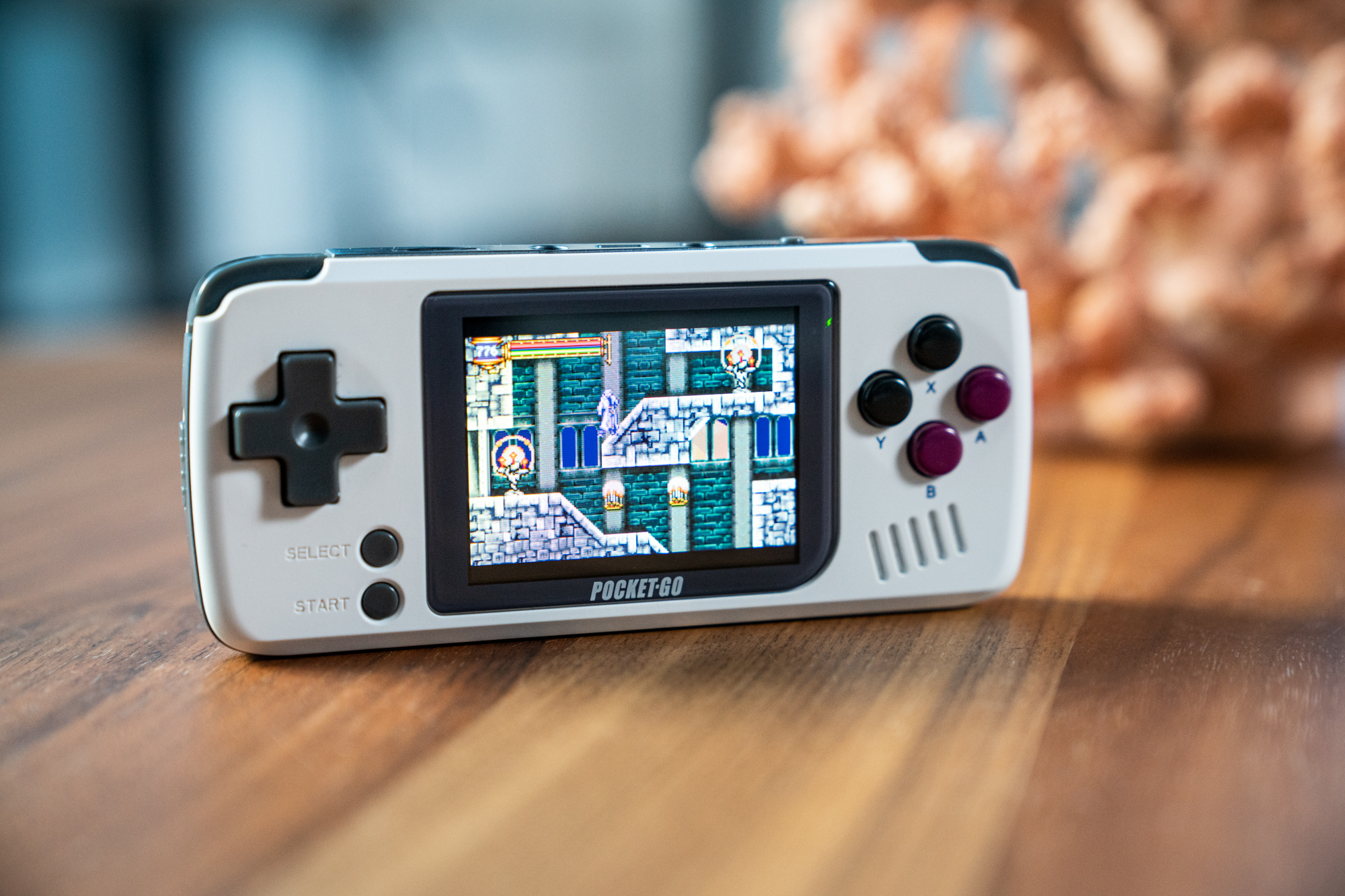 Just like the New BittBoy V3 before it, the PocketGo has a beautiful screen with plenty of backlighting power. The buttons offer a satisfying compromise between stiff and clicky resistance while offering enough travel. The design harkens back to classic gaming devices of the past but is simple and tasteful enough to not go out of date. And the sheer number of emulators and emulation options is plenty to justify its minimal price tag. 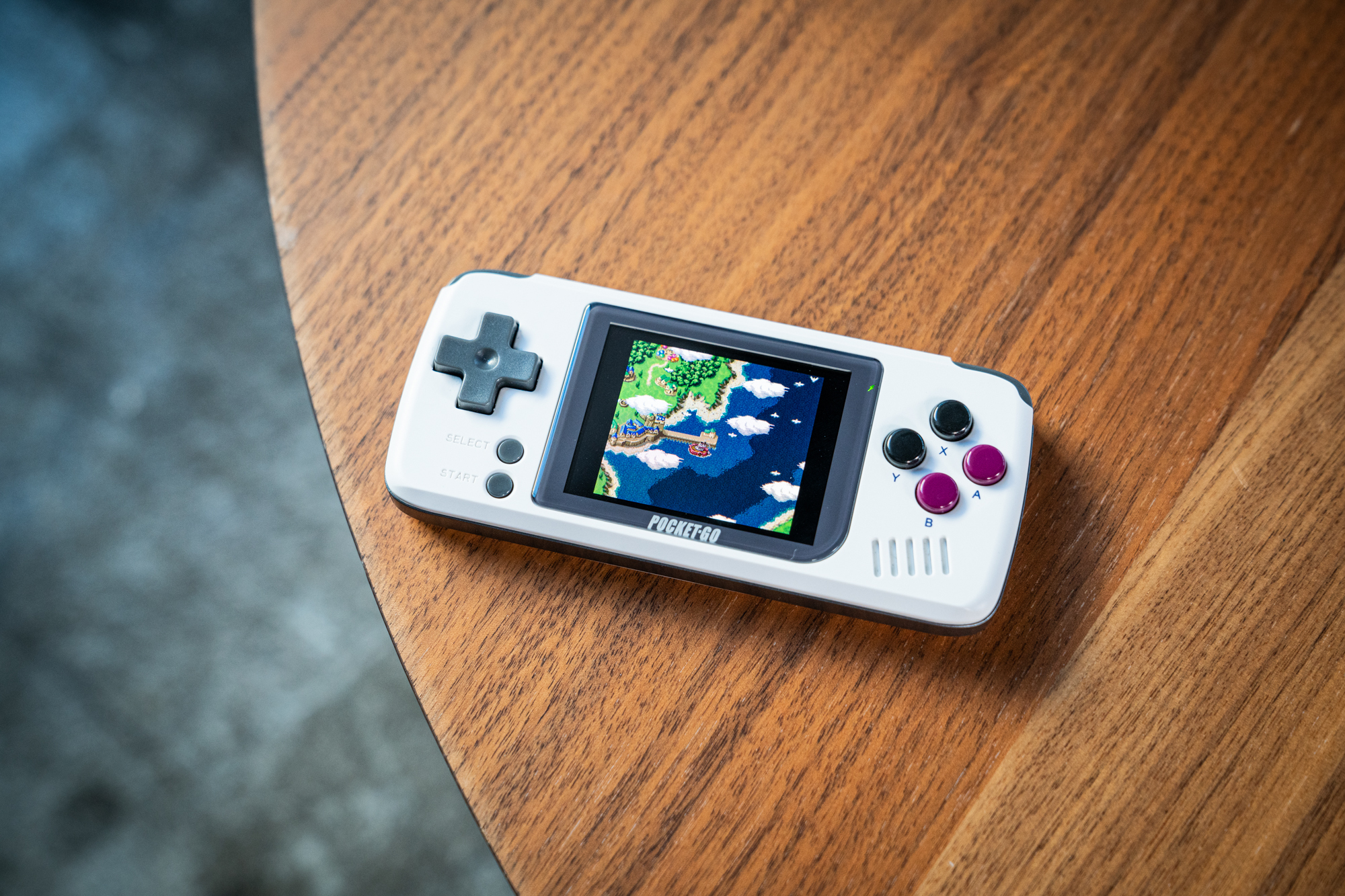 It supports save states, and loads games off a MicroSD card (which is included). The list of emulators reaches well into decades of gaming’s history, including NES, GameBoy, GameBoy Advance, SNES, Genesis, Mastersystem, PC Engine, NeoGeo, MAME, and even PlayStation 1. It even includes a small list of freeware games like Cave Story, Doom, and Quake.

Over time, one of the biggest problems that came out of using the BittBoy V3 was its vertical orientation that mimics Nintendo’s classic GameBoy. In my large hands it wasn’t comfortable to play on, but it got the job done. Luckily the PocketGo has a horizontal orientation like the GameBoy Advance, and it’s much more comfortable for long gaming sessions. 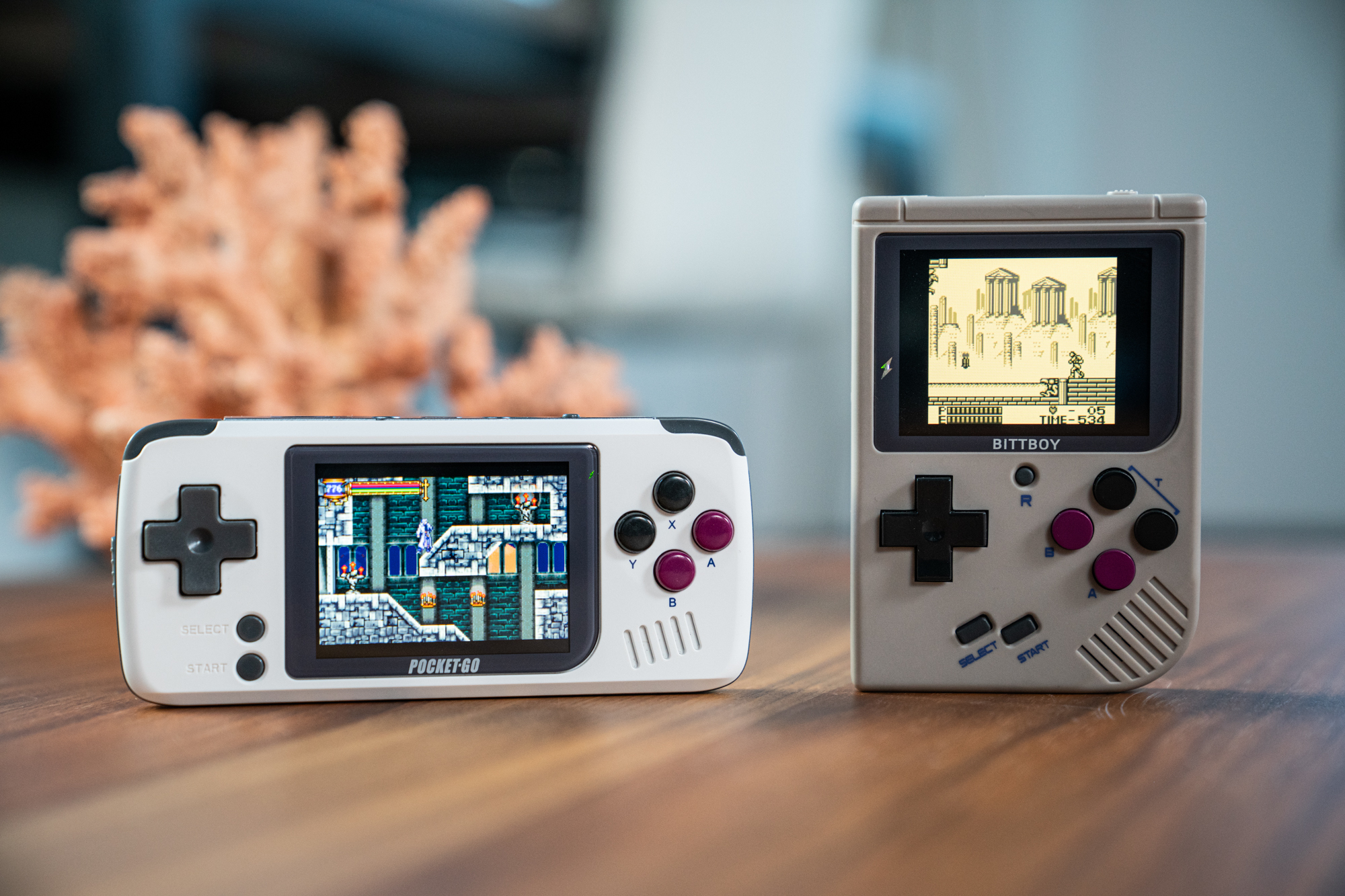 Switching to a wider footprint also allows the PocketGo to add left and right shoulder buttons. This means it has enough buttons to properly play all SNES, GameBoy Advance, and other systems that need that many buttons, without having to remap the controls.

The PocketGo also has an increased battery capacity over the BittBoy V3, jumping from 700mAh to 1,000mAh. The increase in processor power negates most of the battery savings might expect. Nevertheless, the battery life on both devices lasted me well past the point I expected. I was easily getting a couple weeks out of using the PocketGo for about an hour each day on the train. 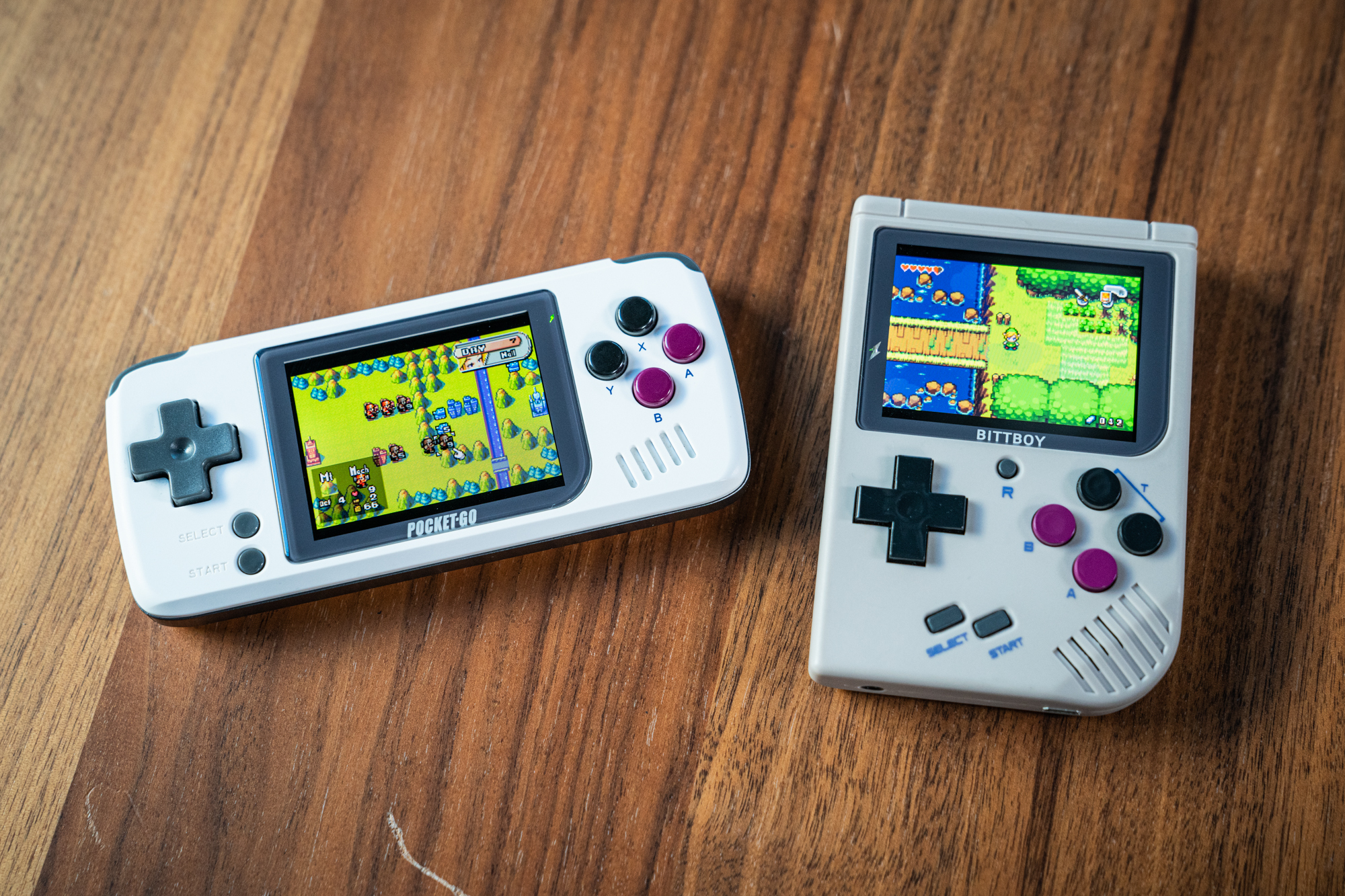 Speaking of processing power, the PocketGo features a newer system-on-a-chip than the New BittBoy V3. While it’s not a night-and-day difference I did notice smoother performance on some SNES and GameBoy Advance games. This took the form of less screen tearing and maintaining a more stable framerate.

Probably the biggest improvement to the PocketGo is the inclusion of a dedicated volume wheel! Having to hold Select and stepping through volume adjustments with face buttons was a real pain point of the New BittBoy, and I’m so glad this has been addressed. Unfortunately there’s still the need to jump through larger volume adjustments with the Select and face button method, with the dial serving as fine-tuning in between. For the most I only had to use the dial. So it’s not perfect, but still a huge improvement. 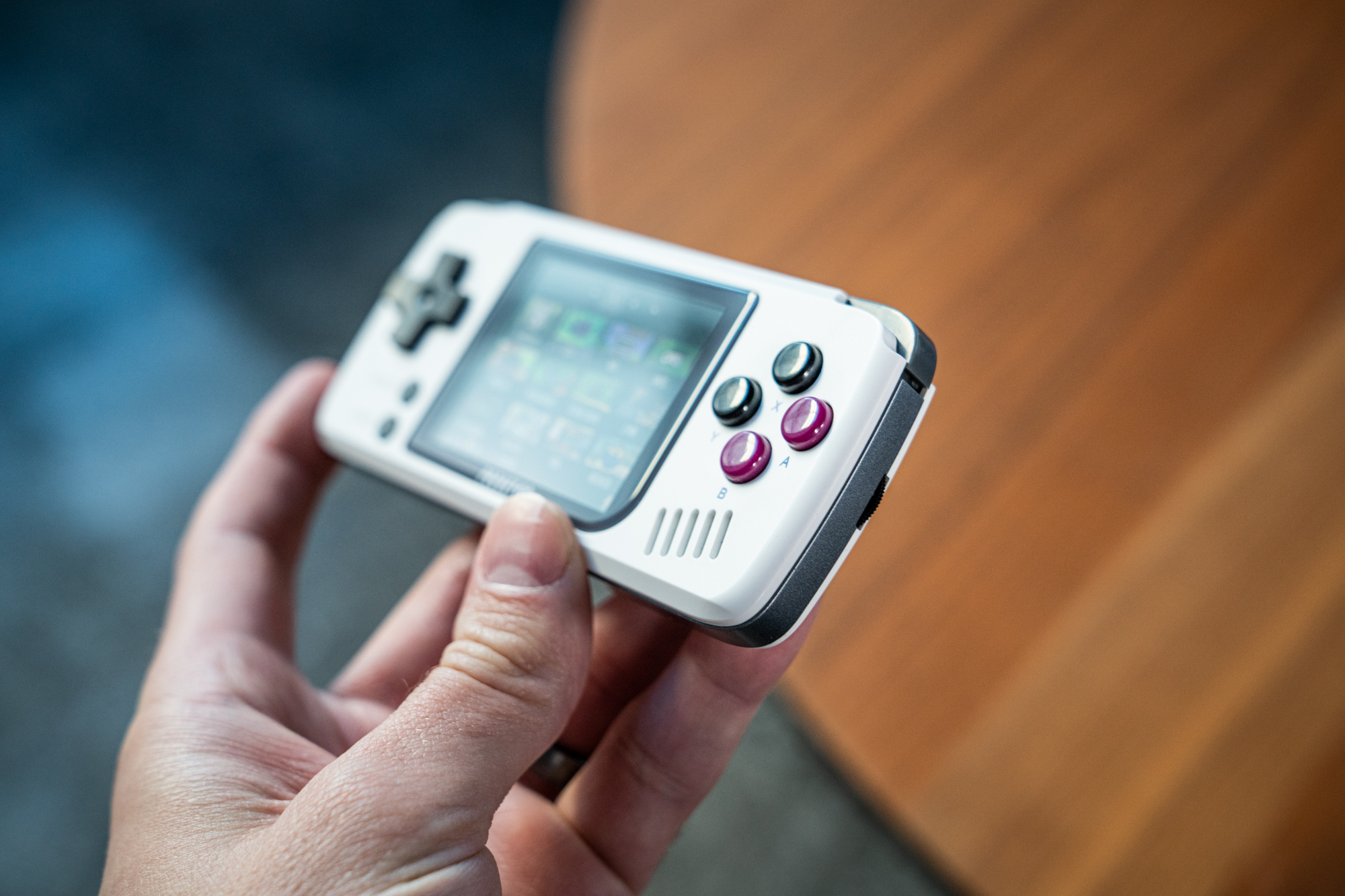 There are still some drawbacks to the PocketGo that I would like to see addressed in future devices. The Linux-based home screen can still be a bit cumbersome to use and learn—not so much in-game, but before diving into a game or trying to change settings. For example, in some emulators the button marked ‘B’ is confirm, but in the main menus it’s the ‘A’ button. On top of that, the on-screen indicator for how much juice is left in the battery is still not straightforward. Even something like a basic percentage indicator would be so much more helpful. 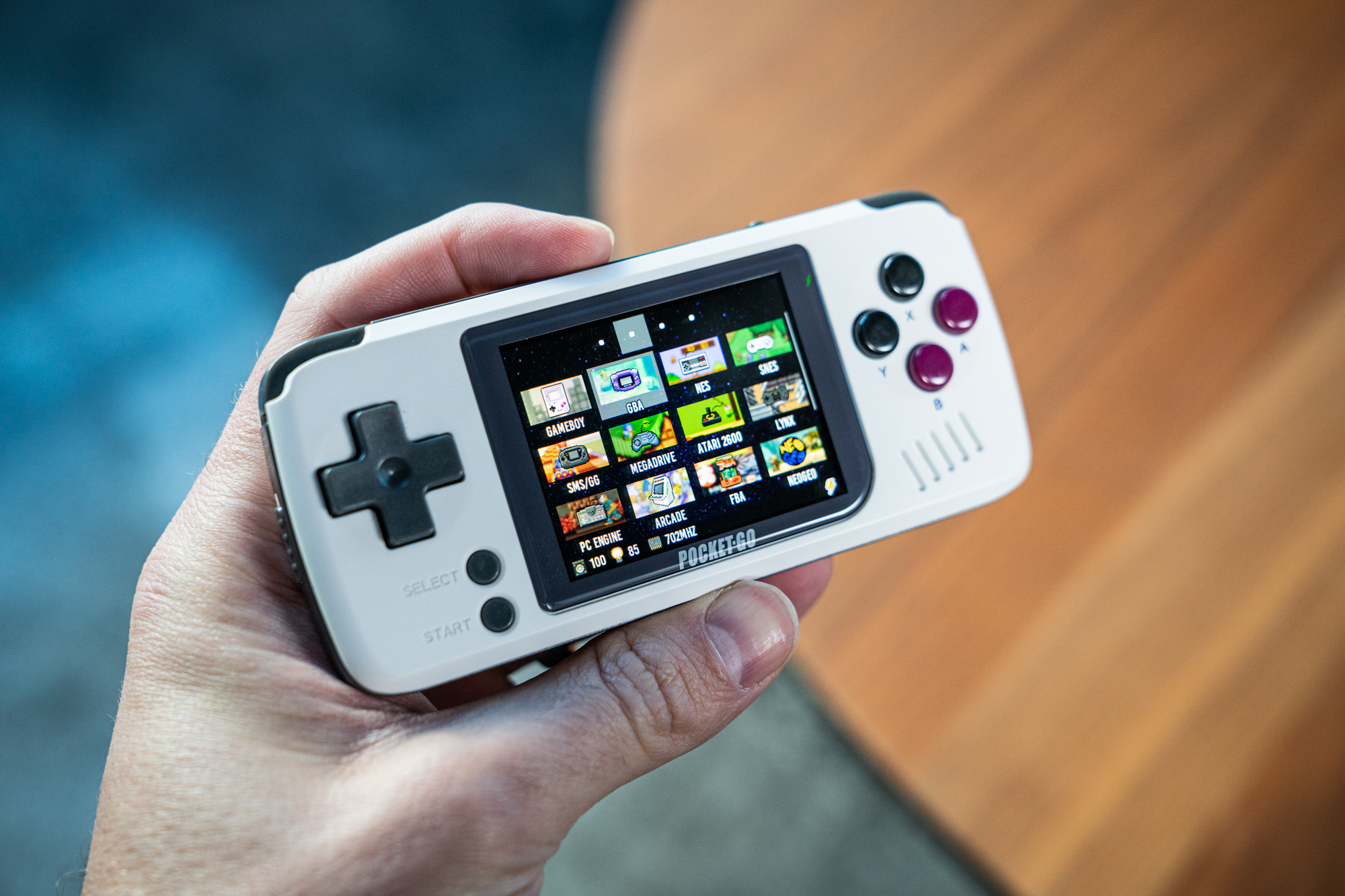 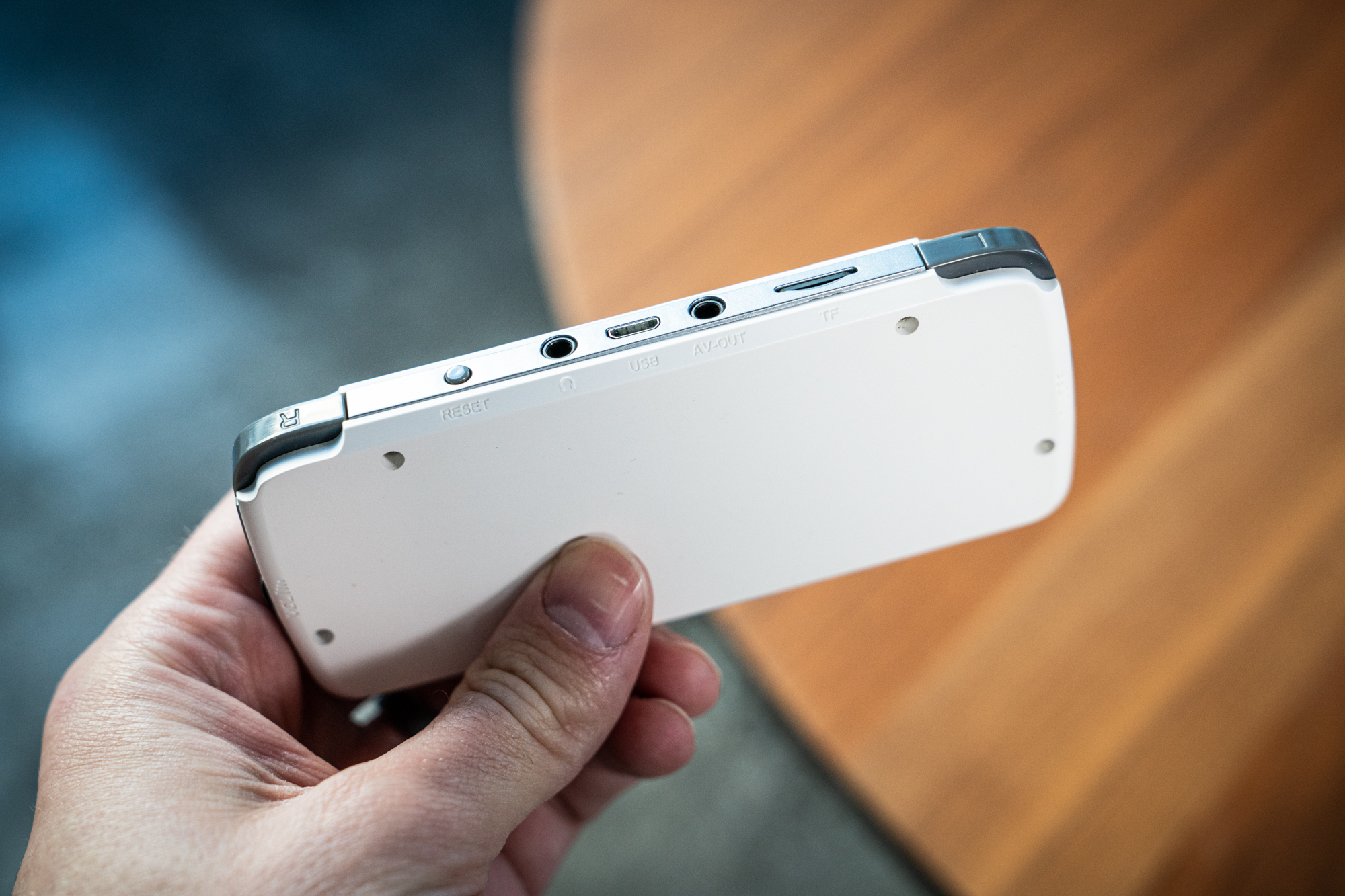 The PocketGo builds upon the New BittBoy V3 and supplants it as my recommendation for handheld gaming emulation. The new orientation of the device and the improved processing power make it that much better, and the price is just right for what you’re getting. While the emulation is far from perfect, the trade-off for having a portable device that gets you most of the way there is worth it.

The PocketGo is a portable gaming emulator with great features at an amazing price.