Pentax has made no secret of its full frame DSLR plans, announcing the development of its new high-end camera last year. But it’s done a good job of keeping the specs secret, so although a few stories began to leak out in the days leading up to the launch, the full details have stayed a mystery.

Which makes the official announcement all the more dramatic – not just in the headline specs, but in the details of what promises to be an extremely interesting and innovative camera.

First, the price, because this puts everything else in context. The Pentax K-1 will go on sale mid-April 2016 at £1599.99 body only in the UK (about US$2,280/AU$3,200). This puts it straight up against budget full frame DSLRs from Canon and Nikon, yet the K-1’s specs put it in a higher league than these cameras.

It comes equipped with a 36.4MP sensor with 50% more resolution than the Nikon D610 and D750 and all Canon DSLRs bar the mighty EOS 5DS. This is hooked up to a new PRIME IV processing engine to deliver 14-bit image data a maximum ISO of 204,800. 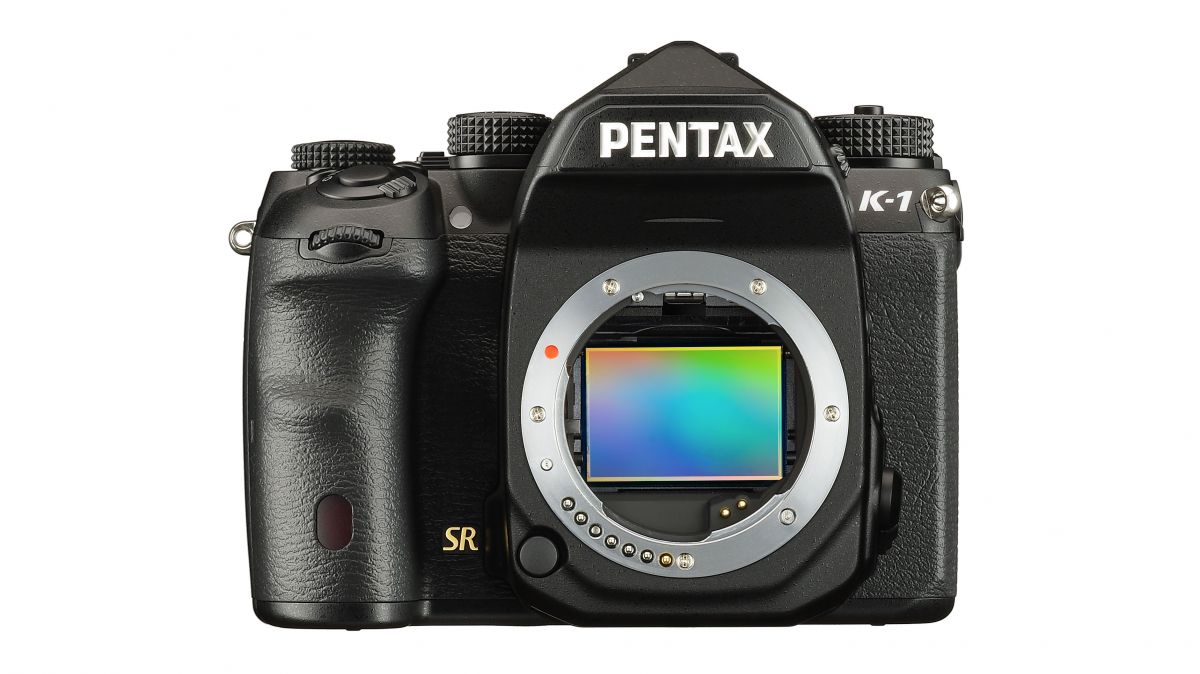 The autofocus system is based around a new SAFOX 12 33-point AF system, with 25 cross-type sensors and sensitivity down to -3EV. This works alongside an 86,000-pixel RGB metering sensor.

No shaking, rattling or rolling

This is made possible by Pentax’s clever sensor shift system. The company has successfully scaled up the in-body shake reduction system of its APS-C DSLRs to work with the K-1’s much larger full frame sensor. It’s a powerful 5-axis stabilisation system that can counteract pitch, yaw, horizontal, vertical and roll movements and offers up to a 5 stop shutter speed advantage. 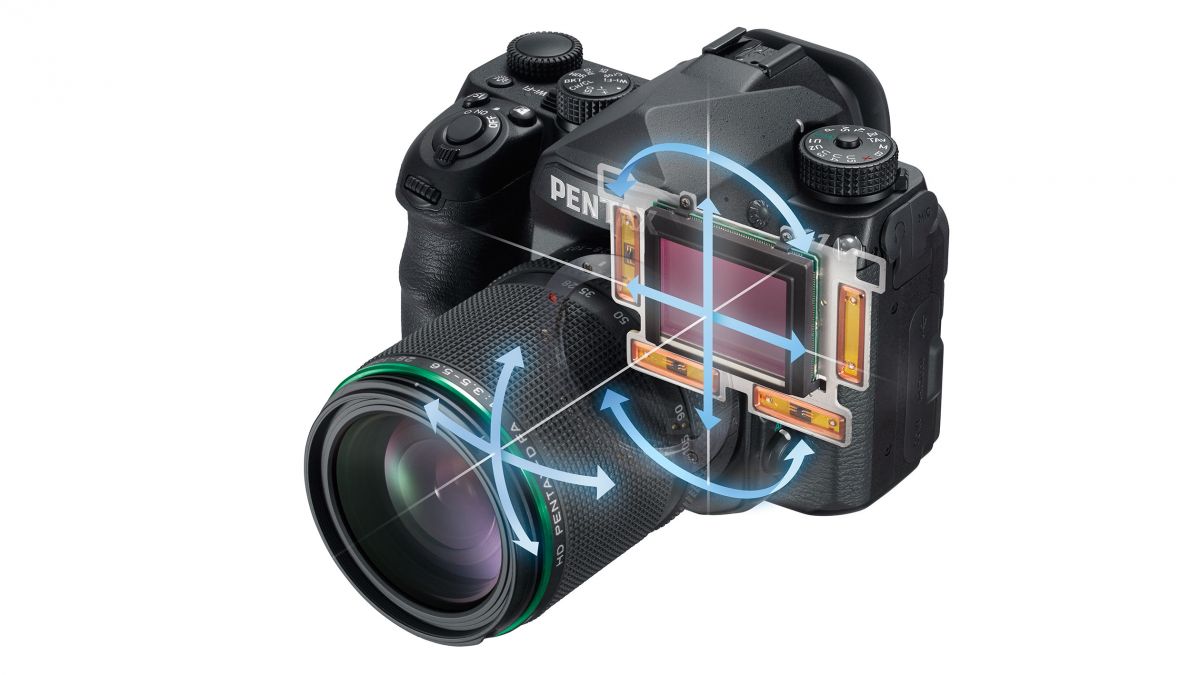 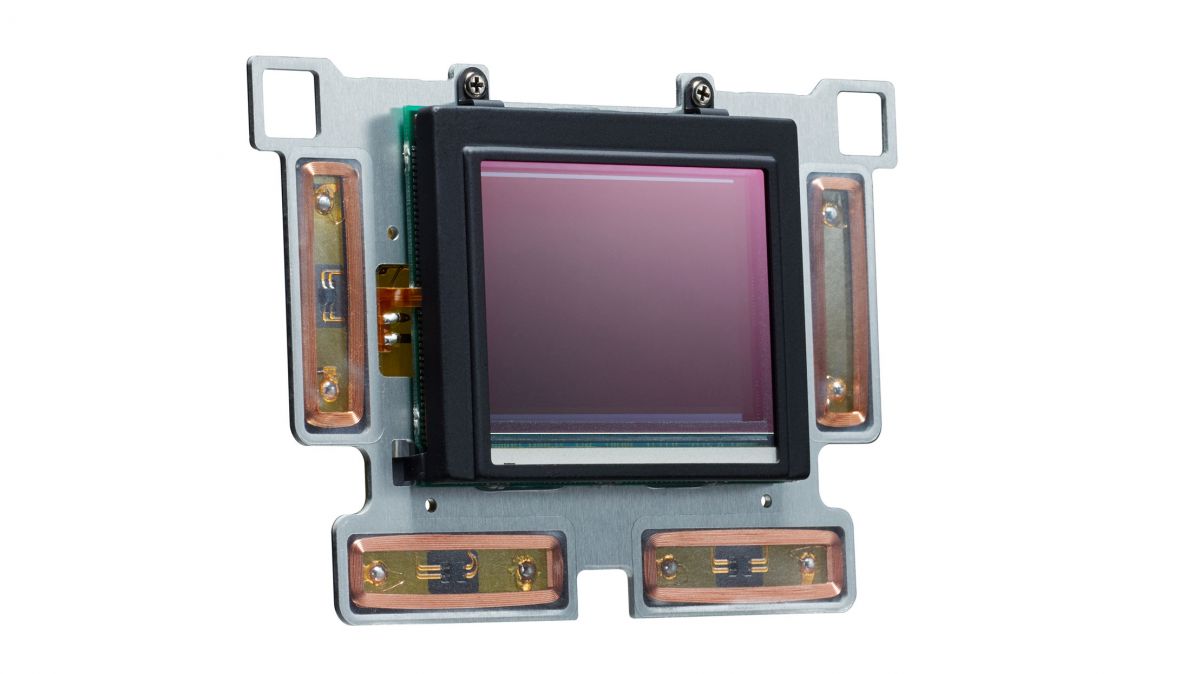 Pentax doesn’t just use this system to counteract camera shake. It’s also used for the K-1’s Pixel Shift Resolution mode, a feature first seen on the APS-C format Pentax K-3 II. In this mode, the camera takes four shots in quick succession, shifting the sensor by one pixel each time, so that the camera captures full colour information for each pixel – other cameras have to interpolate this color data from surrounding pixels.

This produces images with much better color information with sharper detail and fewer artefacts. It’s designed for tripod use, but it’s been developed in the K-1 to allow for moving subjects. The new system can detect areas in the frame where there’s movement and use just one of the four frames in those areas to avoid any motion blur.

The sensor shift mechanism is also used for the K-1’s Astrotracer feature. The camera has a GPS sensor built in, and it uses this data, in conjunction with the sensor shift mechanism, to adjust to the movement of the stars without the need for a motorised astronomical telescope mount. Pentax told us this allows exposures of up to 25 minutes with stars stationary in the frame rather than recording as streaks of light.

It’s also possible to make fine adjustments to composition with the camera on a tripod in live view mode, again using the sensor shift mechanism. This might not be useful in everyday photography but could prove a real benefit for painstaking macro or copying work. 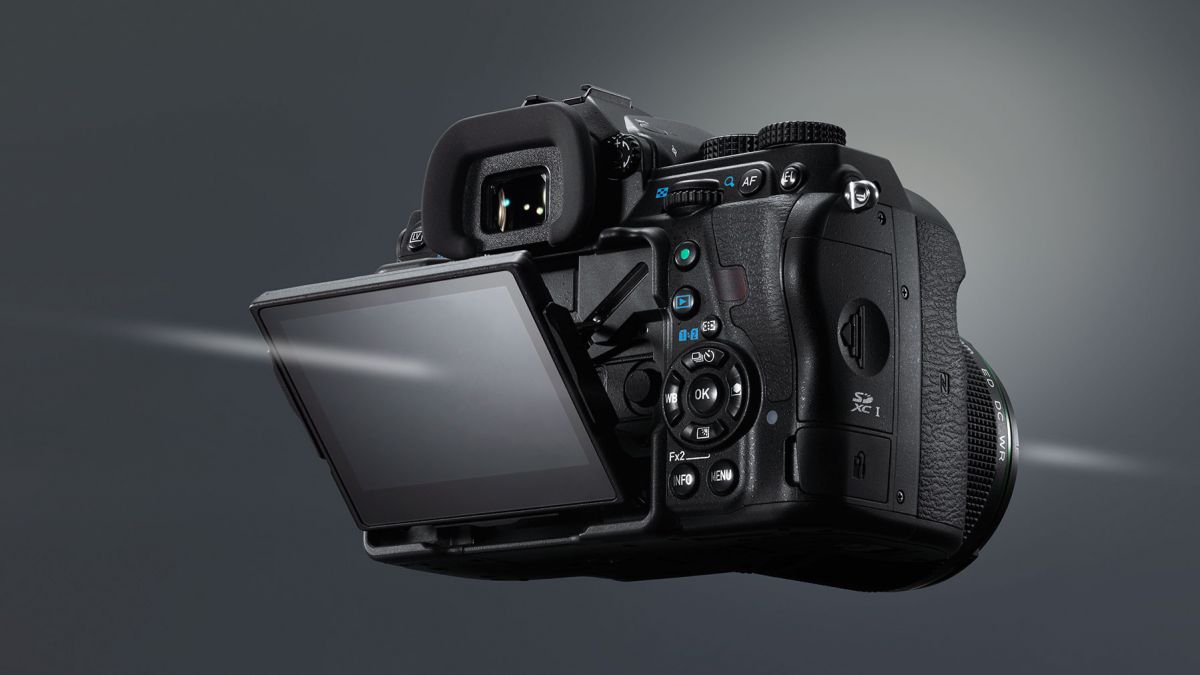 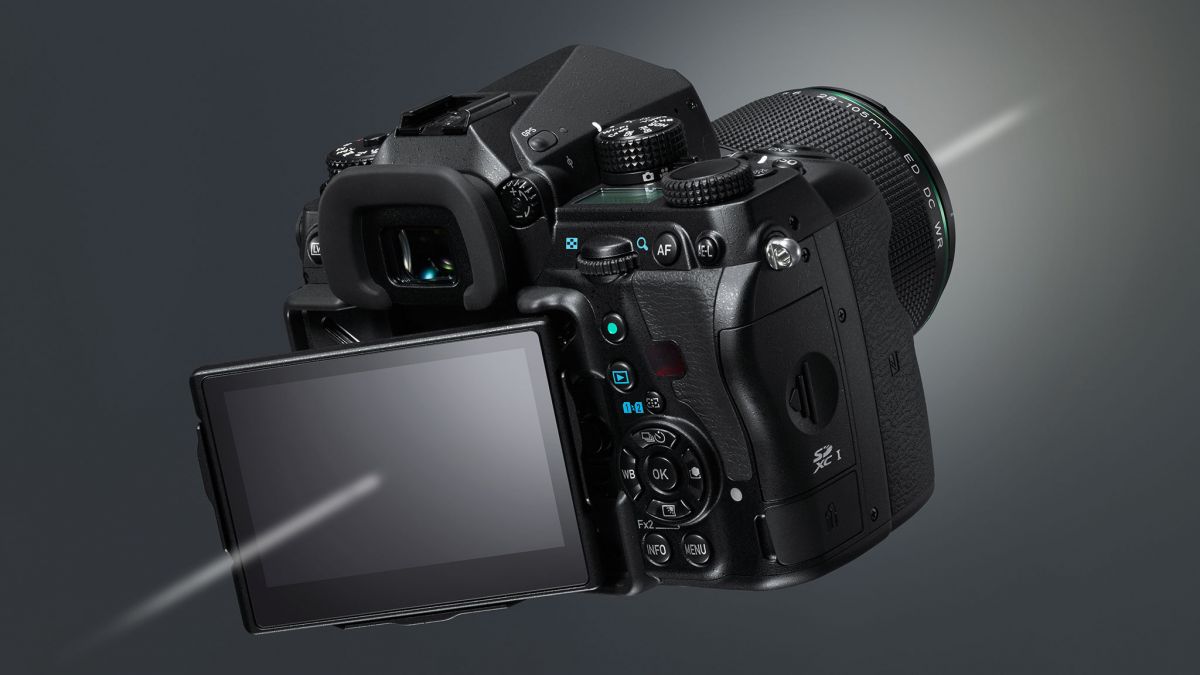 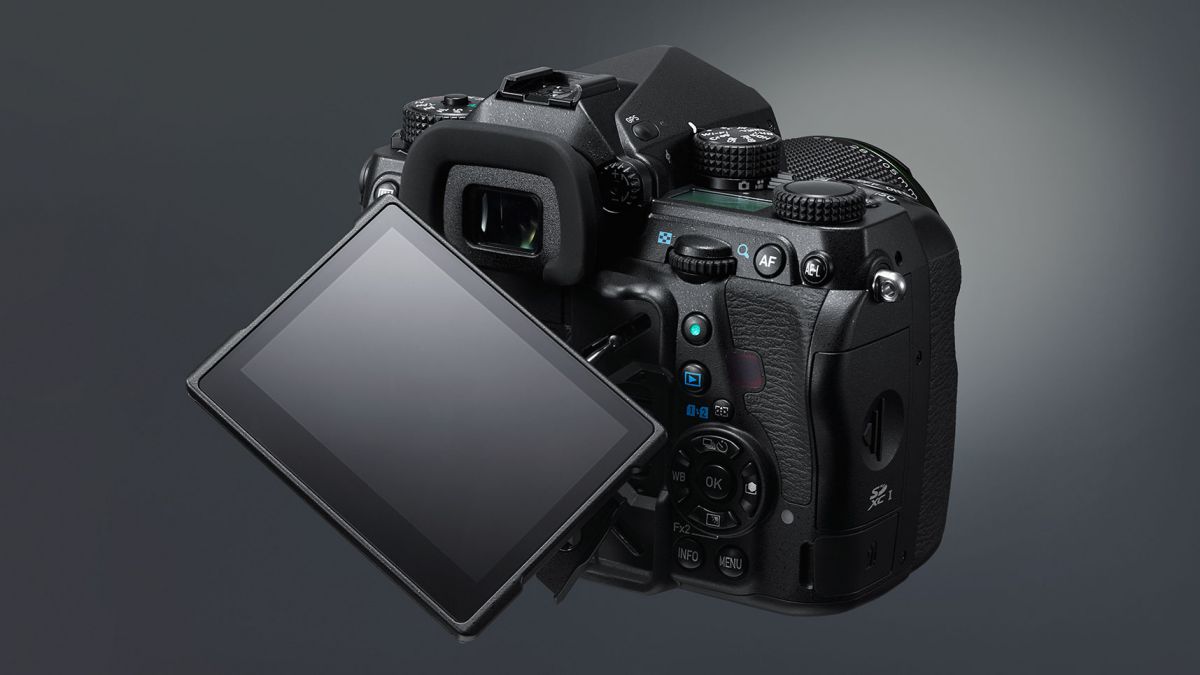 The K-1 also has an articulating screen – with a difference. This one pulls out from the body and can be angled both left and right as well as up and down. It’s also tough – there was a collective gasp from the audience as Pentax held the K-1 by its screen alone and gave it a gentle shake. And that was with a hefty 28-70mm f/2.8 lens and battery grip fitted.

The K-1 is not really a sports/action camera. Its maximum continuous shooting speed is a relatively modest 4.4fps, though this does go up to over 6.5fps in APS-C ‘crop’ mode – it can automatically detect when you fit an APS-C lens.

The K-1 is designed to survive pretty tough use, though. It has a magnesium alloy body and 87 weatherproofing seals to offer dust and weather proofing, and operation down to -10 degrees centigrade.

It’s also surprisingly compact. Pentax has used a novel ‘floating’ mirror design, where the mirror drops to a pivot point before flipping up for the exposure to be made. This has a allowed a smaller mirror box and hence a smaller body. 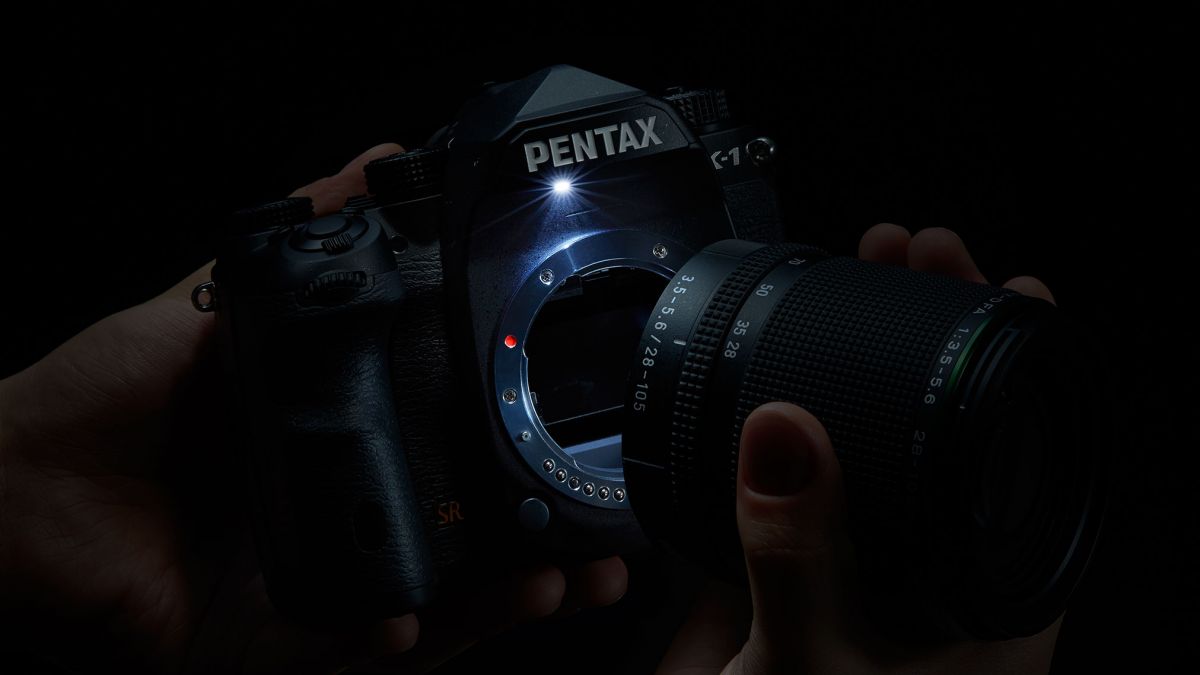 For any interchangeable lens camera system to do well it needs a strong lens line-up to back it up. Pentax has already introduced a series of full frame lenses including two macro lenses, fast primes and a 28-70mm f/2.8 and 70-200mm f/2.8 zoom. With the launch of the K-1 it adds a 28-105mm f/3.5-5.6 long standard zoom and a constant-aperture super-wide 15-30mm f/2.8 lens. This last lens completes the ‘holy trinity’ of f/2.8 superwide, standard and telephoto lenses that all experts and professionals look for. 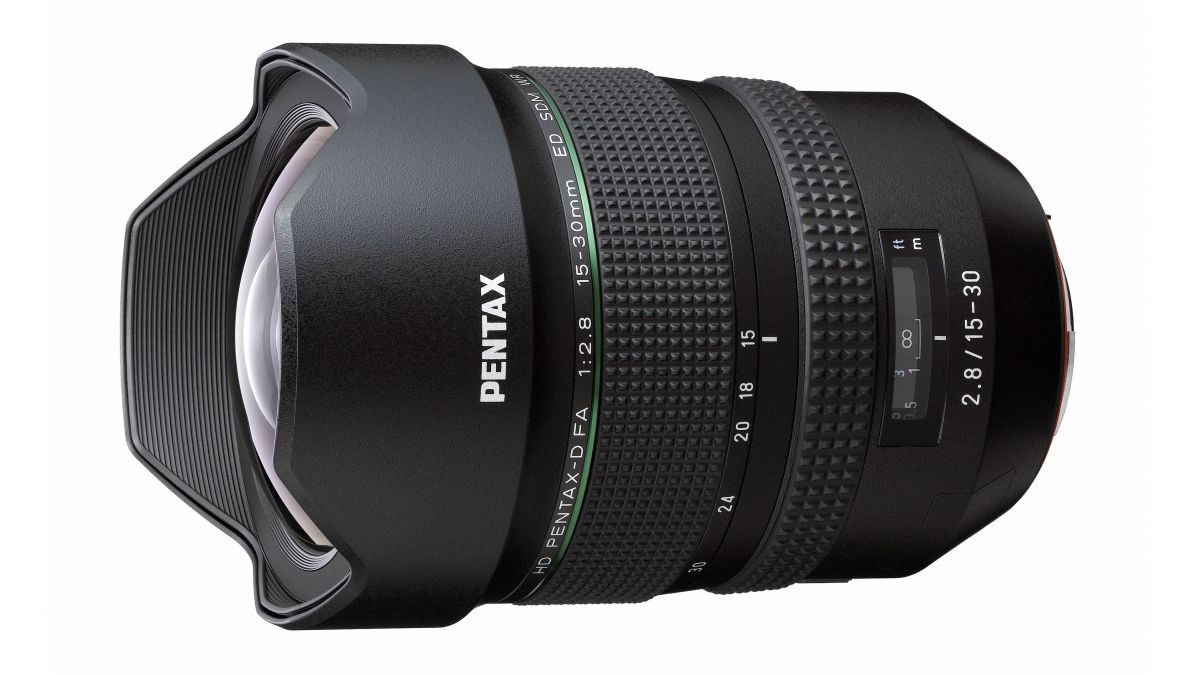 It won’t be easy for the K-1 to muscle its way into the established full frame camera market, but it’s extremely keenly priced, it’s packed with innovative and useful technology and it now has a serious lens system to back it up.

Canon and Nikon might be the big names in the DSLR market, but no-one should ever write off Pentax – and the K-1 looks like its biggest and strongest challenge yet to the status quo.

Don't miss a deal at Boohoo
Best offers at Intuit Small Business
Discounts, Sales and Deals at TalkTalk Phone and Broadband
Save your money with Newegg
Online-Shopping with Argos
Best products at Turbo Tax
Latest Posts