The Oppo Enco Q1 Wireless Noise Cancelling headphones are a bit hit and miss – ‘style over substance’ comes to mind. While they feel well-made and offer noise cancellation tech, the sound quality just isn’t good enough for us to wholeheartedly recommend them, especially when cheaper options are available.

Despite being a global brand with a decent presence in the smartphone world, you’d be forgiven for not thinking of Oppo when you look for your latest pair of headphones. However, Oppo wowed us in 2017 with their PM-3 on-ear headphones, followed up by the Oppo O-Free earphones in 2018.

Now they are back with the Enco Q1 Wireless Noise Cancelling Headphones, Oppo’s first attempt at wireless headphones with active noise reduction.

Designed to accompany the Reno 2 smartphone, the Enco Q1 Wireless earphones are purported to deliver “breathtakingly clear audio that sounds just like real life”, with Oppo’s own ‘hybrid active noise-cancelling’ bringing “powerful noise reduction capabilities you have to try to believe” into the mix.

So do Oppo’s hero ANC wireless earphones live up to the hype? We put them to the test to find out.

When the PM-1’s launched, we gave them a rave review – they were simply perfect and set a real benchmark for audio quality and execution. The main issue though was that most people couldn’t actually afford them – an issue addressed by the next generation PM-3 headphones that launched at a reasonable mid-range price of $399 / £350 / AU$549.

The Oppo Enco Q1 Wireless Noise Cancelling Headphones are available for £110 / $145 / AU$200, making the Enco Q1s a much more affordable option for Oppo audio fans. However, given the quality of the sound, there are a huge range of other good headphones that could offer great sound at a lower price point. 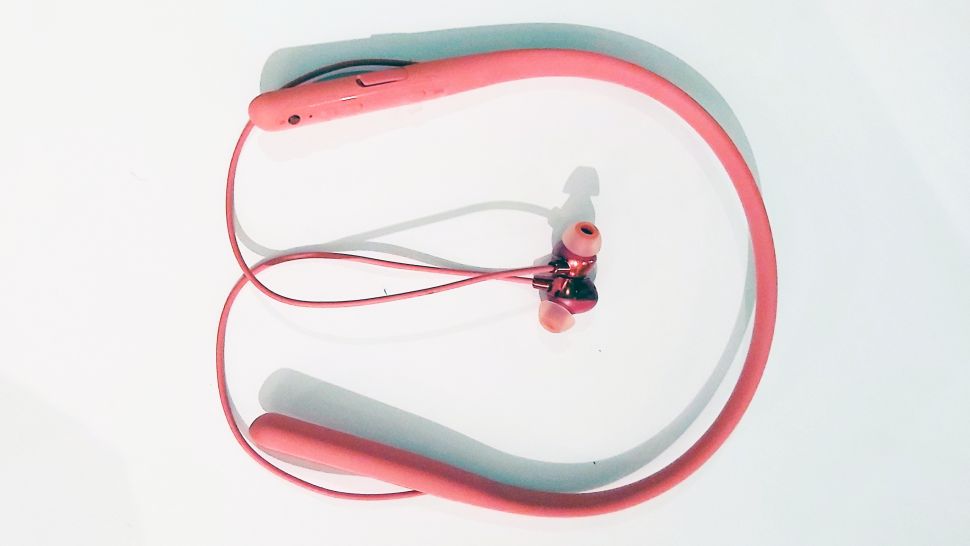 The first thing you’ll notice about the Enco Q1 Wireless earphones is the design, which isn’t always the case with in-ears. We found the features on offer admirable, and there was plenty to like.

The Enco Q1 Wireless earphones are available in three colors, ‘midnight black’, ‘sunny orange’, and ‘silver white’. We tried out the ‘sunny orange’ pair, which actually look more red in person and feature red accents on the earbuds.

Wireless earbuds with a neckband often divide opinion, and typically you either love them or hate them. On first appearances, the Enco Q1 headphones aren’t the most attractive headphones, but they are quickly redeemed by the comfort and convenience offered by the design.

The neckband itself has a smooth, matte finish that feels almost rubbery. While it feels lightweight and slimline, it doesn’t feel too delicate and would likely survive a bit of rough treatment.

There are three size options of “SoftFit” silicone buds, giving a degree of flexibility if the standard pair don’t fit. We recommend taking the time to ensure these fit well as this can have a significant impact on the quality of the audio and ambient noise-cancelling capabilities. 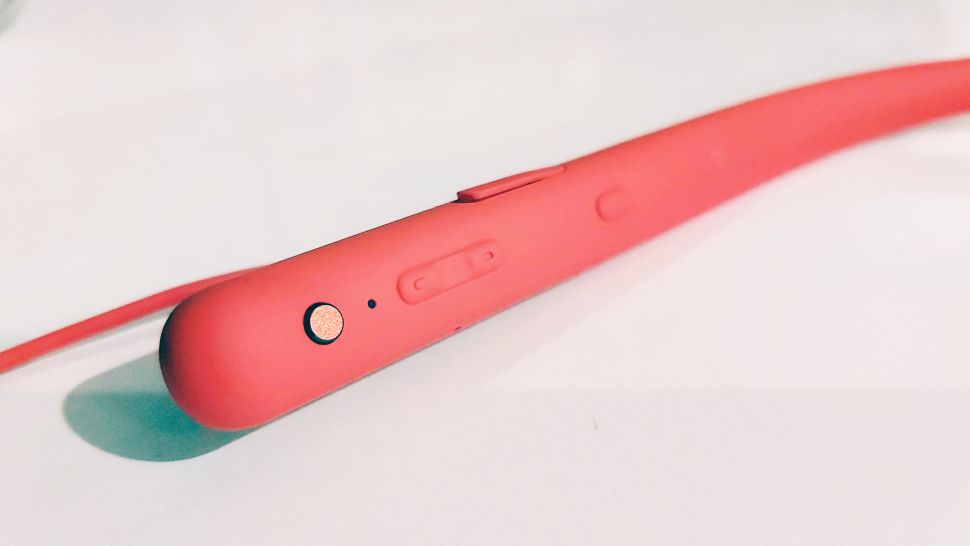 With runners and unlucky commuters in mind, the Enco Q1s have an IPX4 splash-proof rating, meaning they should survive a sweaty workout or rainy commute. They probably won’t survive much more than that though, so take care.

The noise cancellation works fine – in an office environment it would be quite effective, but it’s probably not strong enough to block out all the environmental noise on your commute.

The Enco Q1s offer a very good 22 hours of battery life, or 15 on noise-cancelling mode, meaning these would be handy for a long-haul flight. The quick-charge feature means you can get another two hours of playback with just ten minutes charge, a very handy feature that proved very useful during our test.

They even offer 300 hours of standby time, meaning forgetting to turn them off won’t kill your headphones. We found the stated battery life to be accurate in our tests, and the ability to quick-charge is a great feature if you rely on your headphones for your commute.

A particularly nice feature on the Enco Q1s is the addition of voice alerts that tell you when the headphones are turned on, when they’re in pairing mode, and when they are turned off. It’s a simple feature, but one that makes controlling the headphones a smoother experience. This is counterbalanced by the controls sitting on the neck band, which lead to a fair amount of fumbling for the right button. 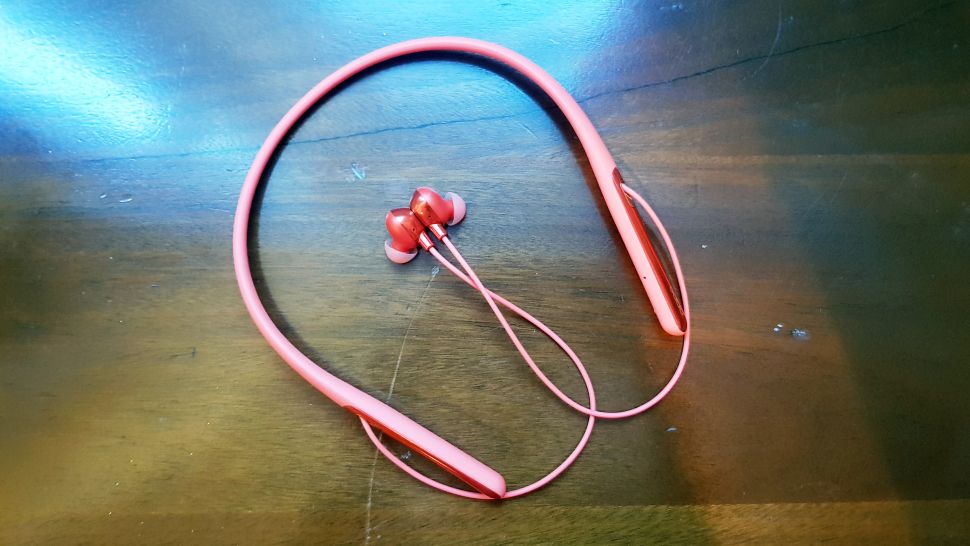 The Enco Q1s are fairly-evenly balanced and offer a decent amount of detail for the price, but this comes with serious flaws.

The detail was okay for the price, and there’s a good amount of space when arrangements aren’t too busy. If you are passionate about your music however, you’ll soon pick up that the timing and organization on the Enco Q1s borders on atrocious.

When playing Yusef Lateef’s Bishop School, we found there was significant coarseness in the treble, especially when played at anything approaching high volume.

Despite boasting massive 11.8 mm high-resolution dynamic driver units with PEEK+PU composite diaphragms, the dynamic range of the headphones is frequently poor, offering no expression in vocals and no subtlety in instrumental performances.

When playing Montagues and Capulets by Sergei Prokofiev, the lack of real relationship between the instruments, and mistiming, left us car sick on more than one occasion. Tracks lack any rhythmic impetus and struggle to control a simple 4/4 beat.

Overall, the sound quality just isn’t up to scratch for the price point. 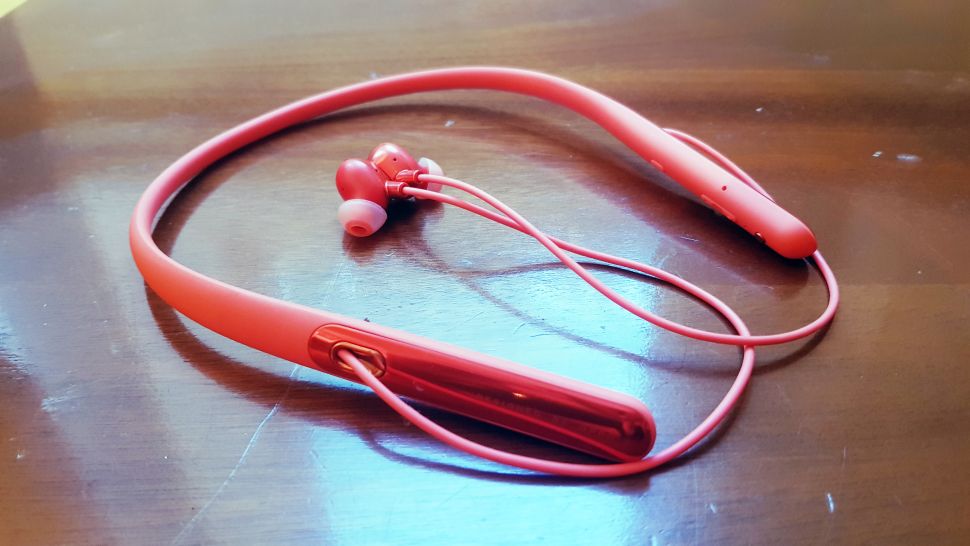 The Oppo Enco Q1 wireless noise-cancelling headphones are a bit hit and a miss.

A great deal of thought has clearly gone into the design, with a wide range of features designed with usability in mind. The long battery life and neckband controls could make these a firm favorite for some, but you can’t escape that there are many alternatives at the price point – and for less – that offer better sound quality.

The headphone market is more competitive than ever, and with the likes of the Cambridge Melomania 1s and Optoma NuForce BE Sport4 on the market at lower price points, the Oppo Enco Q1s simply don’t measure up.

Don't miss a deal at Farfetch
Best offers at EE Mobile
Discounts, Sales and Deals at O2 Mobile
Save your money with Argos
Online-Shopping with Boohoo
Best products at Virgin Media
Latest Posts