Opinion: Camera names are getting ridiculous

Looking back, I can’t honestly say I recognized the long-term impact of Canon’s big announcement at Photokina 2008. It’s only with hindsight I can see the significance of the unveiling of the EOS 5D Mark II.

It ushered in the era of Full HD video in DSLRs: that was obviously a big deal. But it was also the herald of an insidious trend in consumer cameras whose enormity is only now becoming clear.

At the time it seemed innocent enough. After all, the ‘Mark II’ was an iteration on an existing design. Sure the whole video thing meant that the second-gen model was arguably even more significant than the original ‘first-sub-$4000 full frame digital’ EOS 5D, but that ‘Mark II’ branding seemed logical, given how much it appeared to have been developed from its forebear.

Hemmed-in by the 30D, 40D, 50D APS-C series on one side and the flagship 1D series on the other, it made sense that Canon wouldn’t want to squander the remaining seven single-digit options available to it on a like-for-like replacement (a decision justified with the arrival of the 6D, five years later). So Mark II it was. And, without any fanfare, an uncontrollable naming phenomenon had begun.

In isolation, it might have been fine, Canon had already had Mark II models in its professional EOS-1D range, so where was the harm in releasing it into the consumer market? Meanwhile, though, another insidious trend in nomenclature was developing: the quasi-algebraic insistence on adding ‘X’ to everything.

Again, it started harmlessly enough: Nikon used it to signify its high-resolution pro DSLRs and later-on, Sony would use it to denote the presence of a CMOS sensor its compacts. But it rapidly expanded, to the point of near ubiquity. Panasonic dubbed its rangefinder-ish enthusiast G-series mirrorless cameras ‘GX’ and Canon decided ‘G X’ was a good way to style the large-sensor successors to its own G-series of compacts. To add to the fun, Fujifilm decided to use ‘X-series’ as the branding both for its mirrorless cameras, which use the ‘X’ mount and a diverse range of fixed lens cameras, which don’t.

But the perniciousness of both of these creeping trends came when they started to cross-breed. 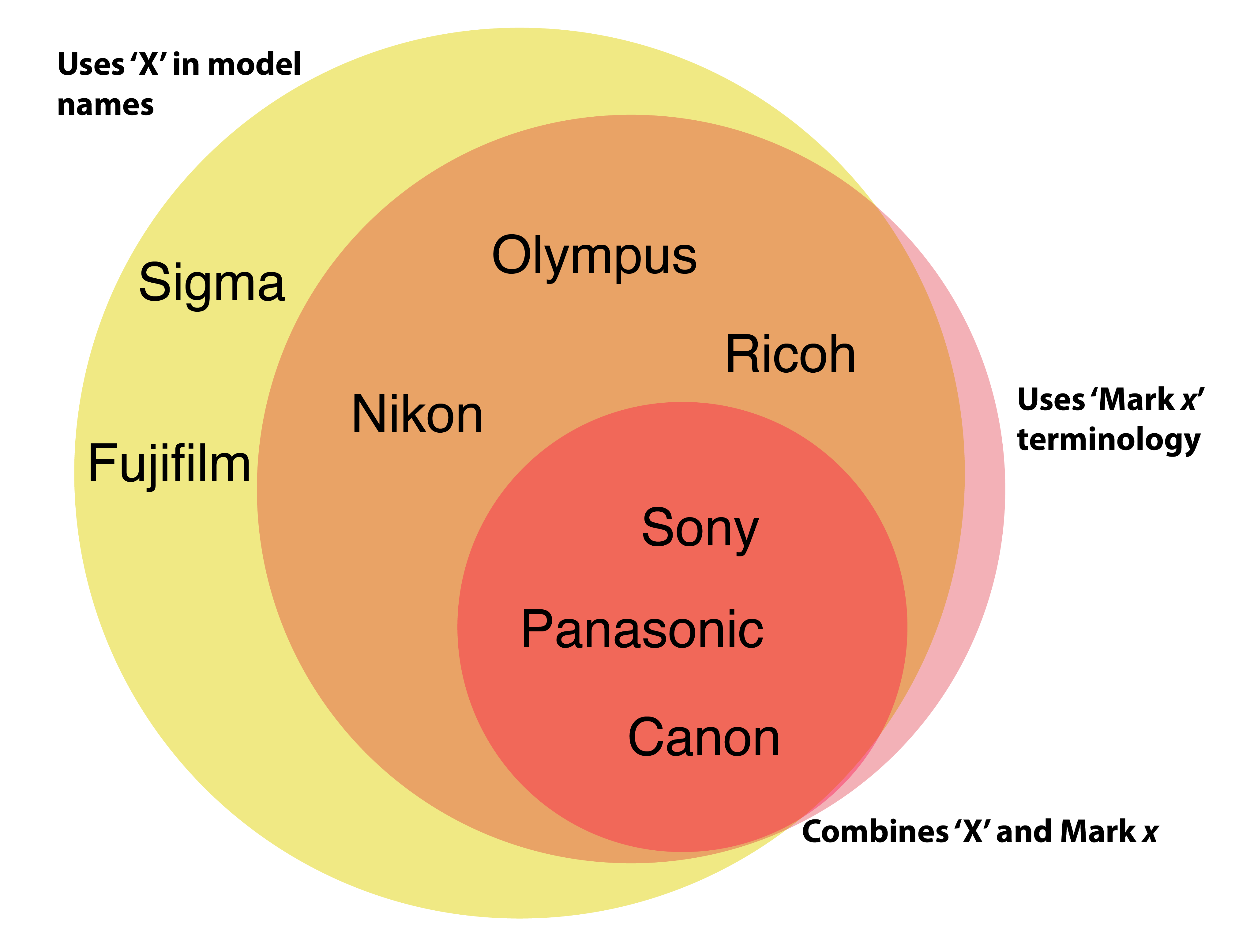 Canon, having already produced models called G1 X, G3 X, G5 X, G7 X and G9 X, decided to adopt ‘Mark’ designations for its compacts, giving us three G1 Xs, two iterations of the G5 X and three of the G7 X. Thankfully Panasonic thankfully kept the GX7 Mark II and Mark III nomenclature to the Japanese market, instead confusing the rest of the world with a GX8 that wasn’t considered part of the GX7 series, before following on with the GX9, which was. 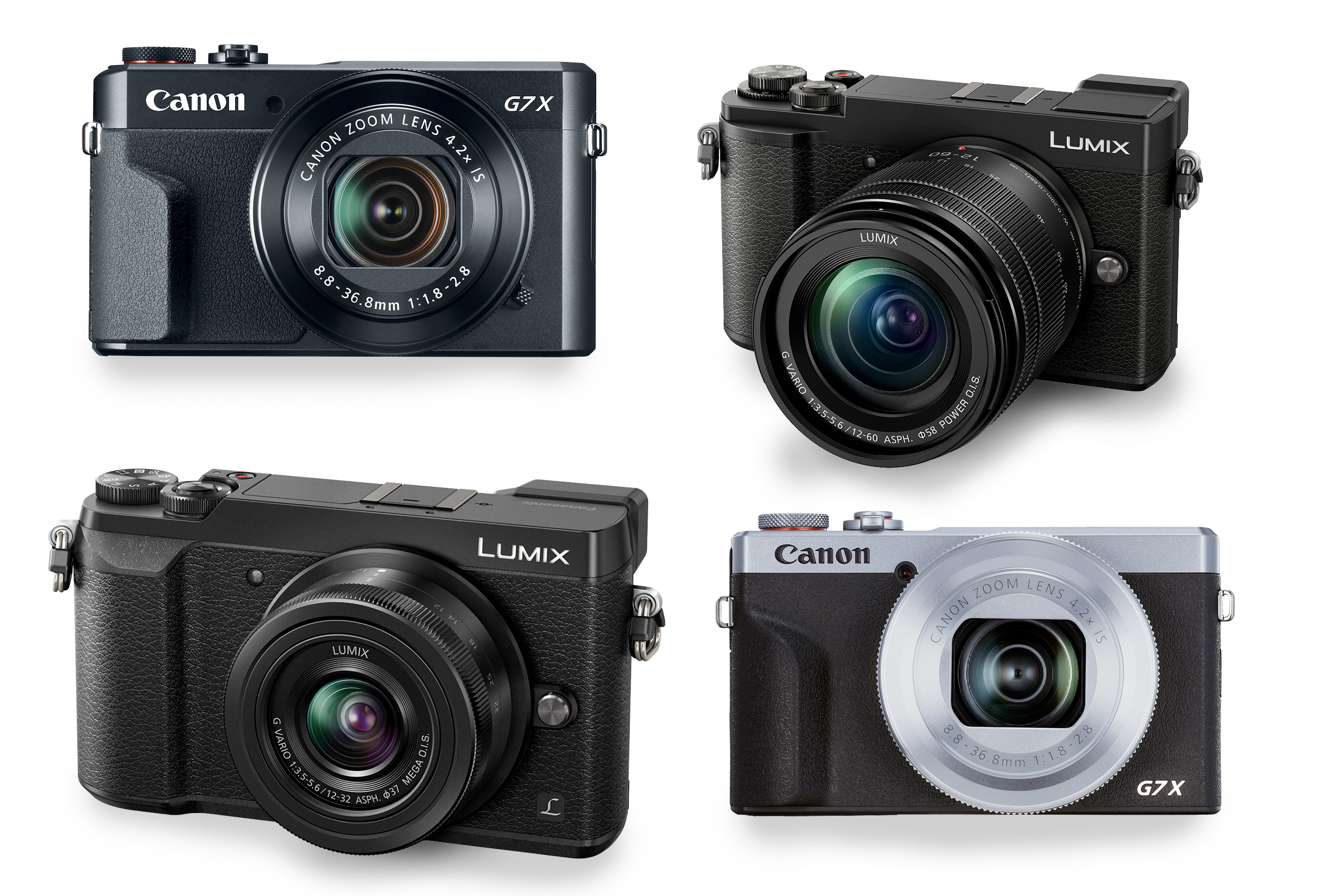 But, as ever, it’s Sony that’s really exhausted all possible permutations. Probably not helped by a period where it seemed determined to address every possible industry niche and replace each model before the previous generation had arrived in the shops, its naming system has got properly out-of-hand. So, we now have multiple ‘Marks’ of the very, very different RX0, RX1, RX10 and RX100 ranges. This system has become so unwieldy that the RX100 series has apparently divided into parallel short- (Mark 1-5) and long-zoom variants (Marks 6 and 7) necessitating the creation of the RX100 Mark 5A. Surely that’s a sign that this all needs to stop?

It just causes problems. As well as me not being able to remember any camera’s names anymore, it also means that some once-useful terminology has been squandered: I feel Olympus’s latest E-M1 model, for example, might have been better received if its had been pitched as ‘Mark II’ version of its predecessor. But I’ll acknowledge that calling it the E-M1 Mark II – Mark II was probably wasn’t an option. 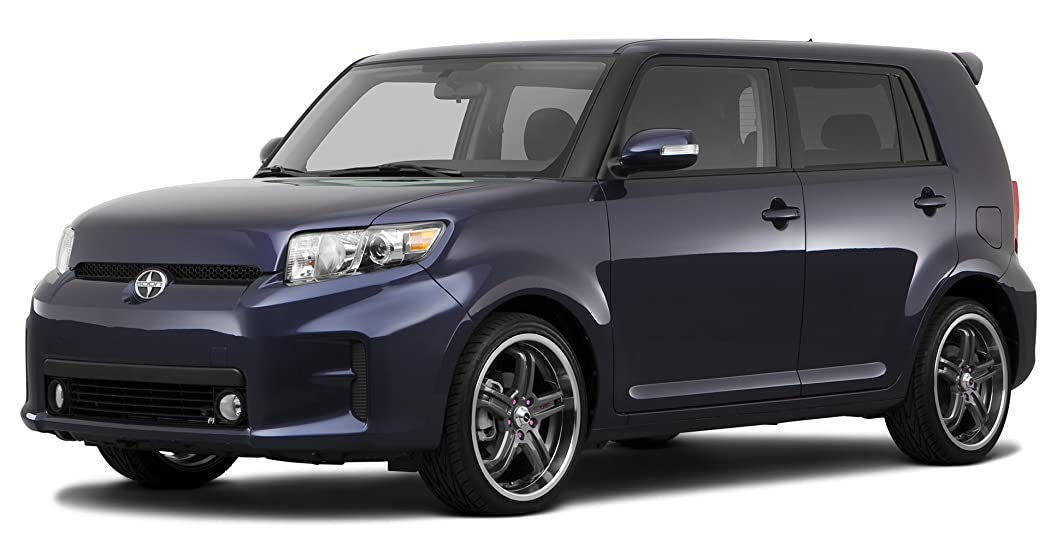 Between pitching this article and finding the time to write it, Nikon has announced it’s joining the far-from exclusive club with its Z6 and Z7 replacements. Hoo – and I can’t emphasize this enough – ray.

I’m sorry: I know none of this matters. Camera naming schemes make not the blindest bit of difference to the pictures any of these models take, or how enjoyable the photographic experience they give is. But, possibly because I have to remember and write about them all, and perhaps because my brain is becoming less agile with age, I’m finding it all too much. Is it really too much to ask that camera companies stop calling all their cameras the same bloody thing?

0 0 0
Previous ArticleHere's your best look yet at the OnePlus 8T
Next ArticleChromecast with Google TV review: A step forward for streaming
Comments (0)

Don't miss a deal at Vimeo
Best offers at Bodybuilding
Discounts, Sales and Deals at Groupon
Save your money with Nike DE
Online-Shopping with Argos
Best products at House of Fraser
Latest Posts