The Naim Mu-so was one of the very best all-in-one audio systems I’ve reviewed, and this updated version is better in every way. The Naim Mu-so 2nd Generation gains HDMI with ARC, so you can pair it with your TV; and it supports Apple AirPlay 2, Google Chromecast, and Bluetooth, so you can stream music from just about any source. It has a bigger amp, more processing power, and better drivers than the original. It’s only a little more expensive—$1,599—and it sounds positively divine.

The 2019 version of the Naim Mu-so doesn’t look appreciably different than the original, but Naim says 95 percent of the system has been re-engineered, including a redesign of the speaker’s interior and its bracing and baffle molding that to squeeze out 13-percent more interior space while rendering the entire enclosure more rigid to suppress vibration and unwanted resonance. The new model still sits on an acrylic base with a dimmable LED lighting up its brand, and that massive aluminum heatsink on the back of the unit remains to deliver passive cooling. The oversized control wheel has been carried over, with a new proximity sensor that lights up its touch-sensitive controls the instant you place your hand near it.

Naim added HDMI with ARC support, to make it easier to use the Mu-so as a soundbar with your TV (the original had only a Toslink connector). This model has that and a 3.5mm analog input, too, but the speaker’s 5-inch height might obscure the bottom of your TV’s screen (and block the TV’s IR receiver) if you place it right in front (I’d suggest putting your TV on a riser of some kind). Naim doesn’t provide mounting brackets to hang the 28-pound speaker on the wall, but I suppose you could bolt a shelf to the studs in your wall and rest it on that. The speaker doesn’t decode Dolby or DTS, so it doesn’t matter that there’s no option for adding surround speakers, but you’ll need to configure your TV to send digital audio to it in PCM format, versus bitstream. 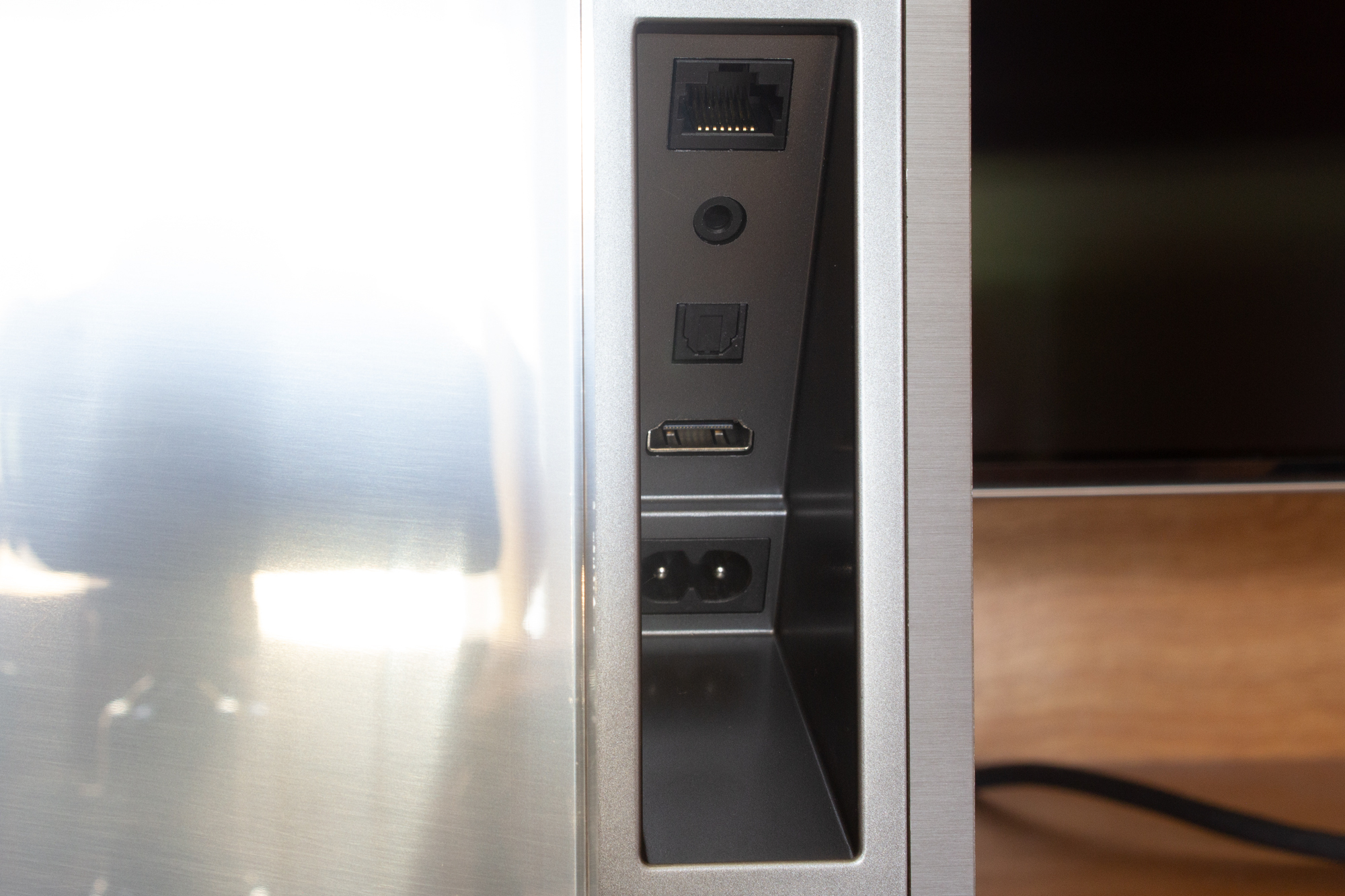 The new model wisely retains its 10/100 ethernet port, so you can hardwire it to your network if you have the infrastructure, but Naim updated the speaker’s onboard Wi-Fi adapter to a dual-band (2.4- and 5GHz) model. I suspect most buyers will stream music in high resolution (up to 32-bits, with sampling rates as high as 384kHz) from a UPnP server on their network or from a local USB storage device. Alternatively, you can stream from Tidal, and any of your favorite internet radio stations (via TuneIn) directly from Naim’s app. There is no support, however, for MQA-encoded Tidal streams. The speaker supports Spotify Connect, so paid subscribers can use that service’s app to play their favorite music. If none of those options suit your palate, you can use Air Play 2, Chromecast, or Bluetooth to stream other services, such as Apple Music, Qobuz, Deezer, or what have you.

Inside the Mu-so 2nd Generation

The Mu-so 2nd Generation has a slightly more powerful amplifier than the first generation—it delivers 475 watts compared to the original’s 450 watts—but its onboard digital signal processor is significantly more powerful: 2,000 MIPS (million instructions per second) compared to a measly 150 MIPS for the first-gen speaker. One of the many features the DSP enables is a room compensation algorithm that allows you to at least somewhat customize the speaker’s performance to your room. This isn’t as ambitious as the room correction software you’ll find in better A/V receivers, or even the Trueplay technology Sonos developed for its speakers, but it will compensate if you have no choice but to place the Mu-so against a wall or in a corner (the third setting turns off compensation if you’re able to put the speaker in an open space). 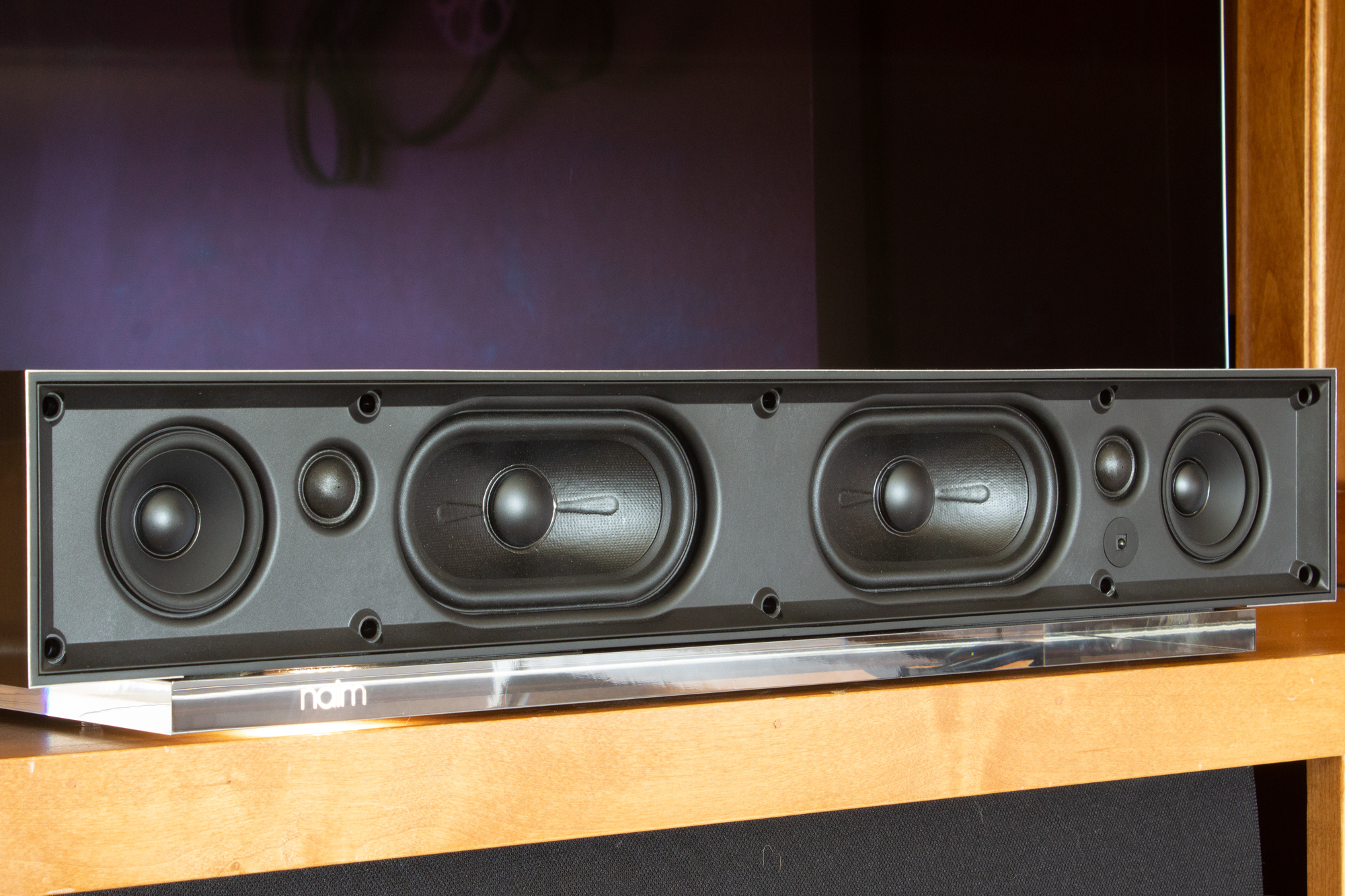 Remove the new Mu-so’s black asymmetrical cloth grille (you can buy a replacement grille in olive green, peacock blue, or terracotta red, but these cost £50 each) and you’ll find a similar three-way audio system to that which made the original Mu-so sound so fabulous, including a large bass port on the bottom of the cabinet. This time around, however, Naim worked with its sister company Focal to design a whole new set of mid-range and bass drivers designed to deliver true stereo from a single cabinet.

There are left/right pairs of 1.0-inch silk dome tweeters, 2.0-inch midrange, and 5.0-inch woofers. At the Mu-so’s unveiling in New York earlier this year, Naim Audio’s director of design, Simon Matthews, told TechHive contributor Jonathan Takiff the teams “went through six versions of the mid-range and seven iterations of the long-excursion bass driver until we got to the place where we wanted to be.” 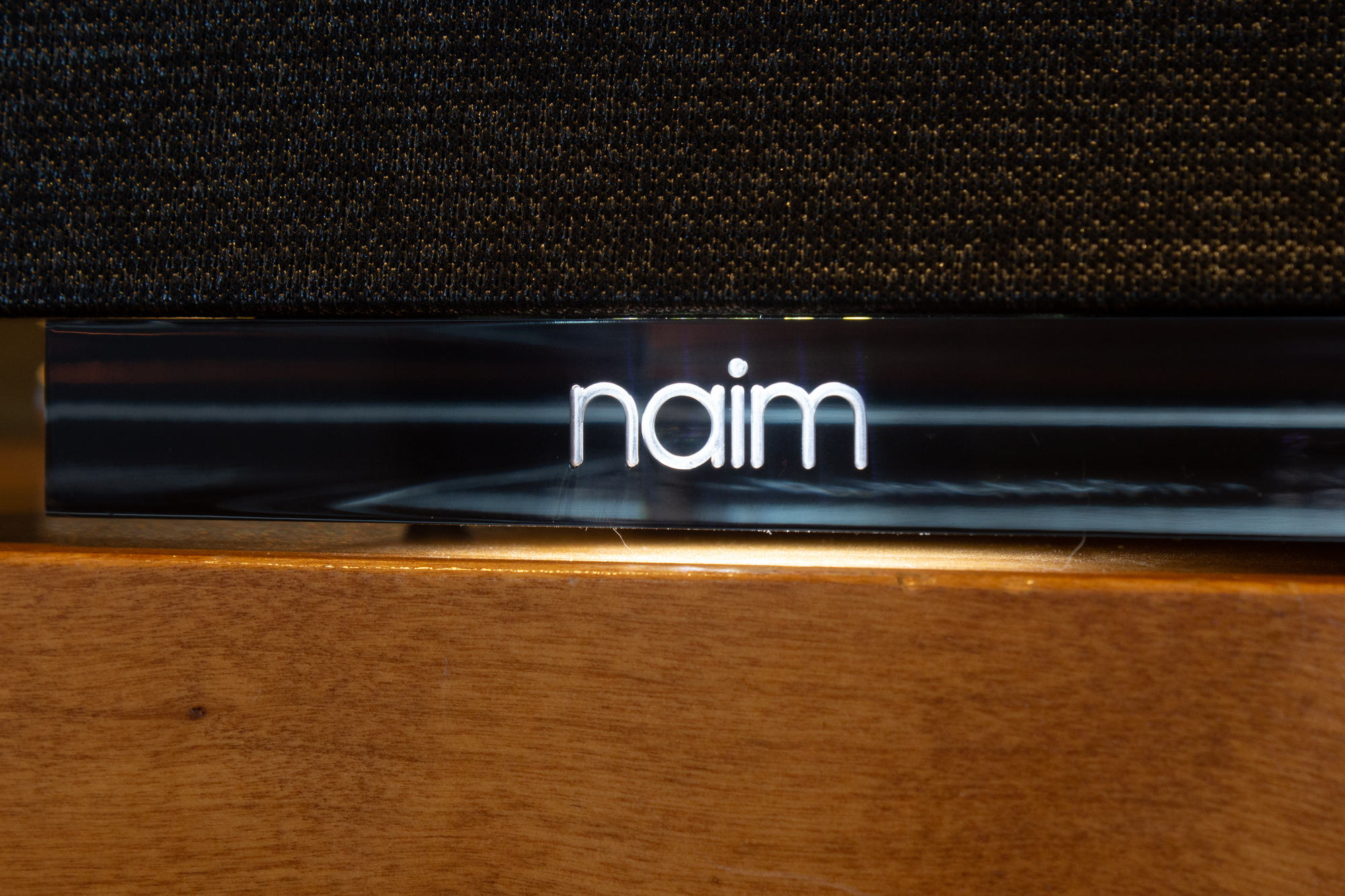 What it’s like to use the Mu-so 2nd Generation

Naim’s app, available for Android and iOS, is a relatively Spartan affair, at least until you choose a source and music to play. Icons across the top represent your sources (servers, USB, internet radio) and services (Tidal, Spotify, etc.). Touch one of these and the relevant submenu will appear. The home screen also displays a row of headings for the artists, tracks, radio stations, playlists, and presets you’ve designated as favorites. Touch one of those, and a list of items from that category will appear.

The Naim app is responsive enough when you’re searching or browsing internet radio stations or online streaming services. Tidal integration is particularly good, as you’ll get artist bios and other information about the music you’re streaming. But it relies on whatever UPnP server you’re using to store tracks you own, so finding that music can be ploddingly slow if you don’t have a fast server. This is one of the areas where Sonos excels. They don’t support high-res audio, but their mobile client is one of the best and most responsive no matter how slow your server might be. That said, if I were to buy a Mu-so, I’d probably also set up a Roon Core on a high-powered NAS box (or buy something like the Roon Nucleus Theo Nicolakis reviewed for TechHive in July if I wanted a plug-and-play solution). 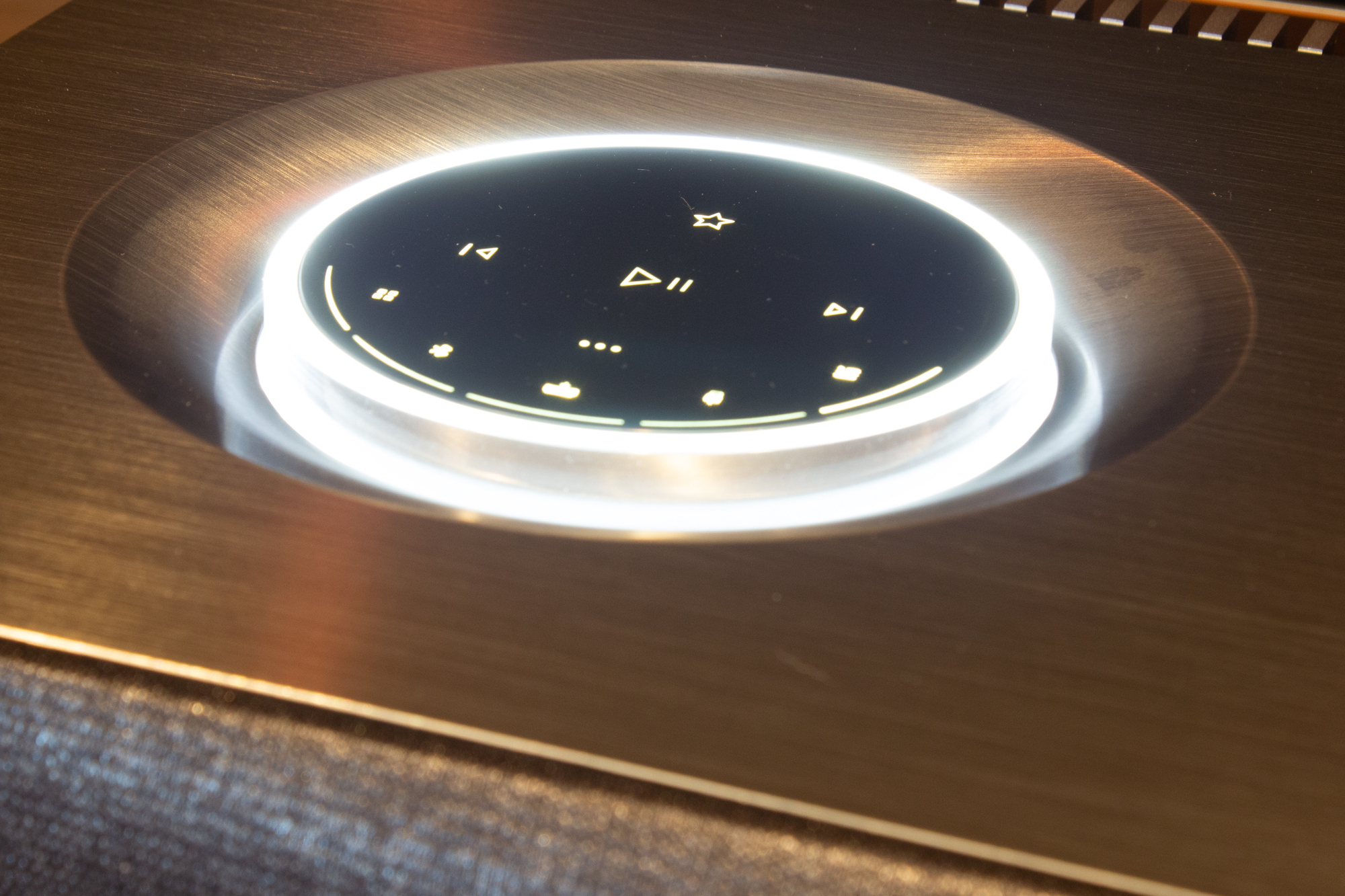 You can also control the Mu-so from the touchscreen display inside its oversized control wheel. The outer ring of which is illuminated by dimmable white LED. As I mentioned earlier, a proximity sensor brings the display to live when you place your hand near it, exposing 15 buttons that do everything from play/pause and track-forward/back through your queue, to cycling through the Mu-so’s audio inputs, sources, favorites, to pairing your Bluetooth devices. The wheel itself, meanwhile, controls the speaker’s volume. As with the original model, Naim’s simple remote control looks as though it could belong to a $99 boombox. It performs all the functions it needs to, it’s just not anywhere near as elegant as the rest of the system.

Listening to the Mu-so 2nd Generation

I set up the Mu-so 2nd Generation at the front of my 247-square-foot home theater for my listening tests, which the speaker had no problem filling with sound. Actually, I couldn’t push the volume level beyond about 75 percent without it becoming uncomfortably loud—not due to distortion or clipping, it was just too much for my ears. I later moved the speaker into my kitchen, which has an adjoining great room (about 700 square feet combined), and the Mu-so had no problem filling that space, either. This monster will stand up to the most raucous of parties. 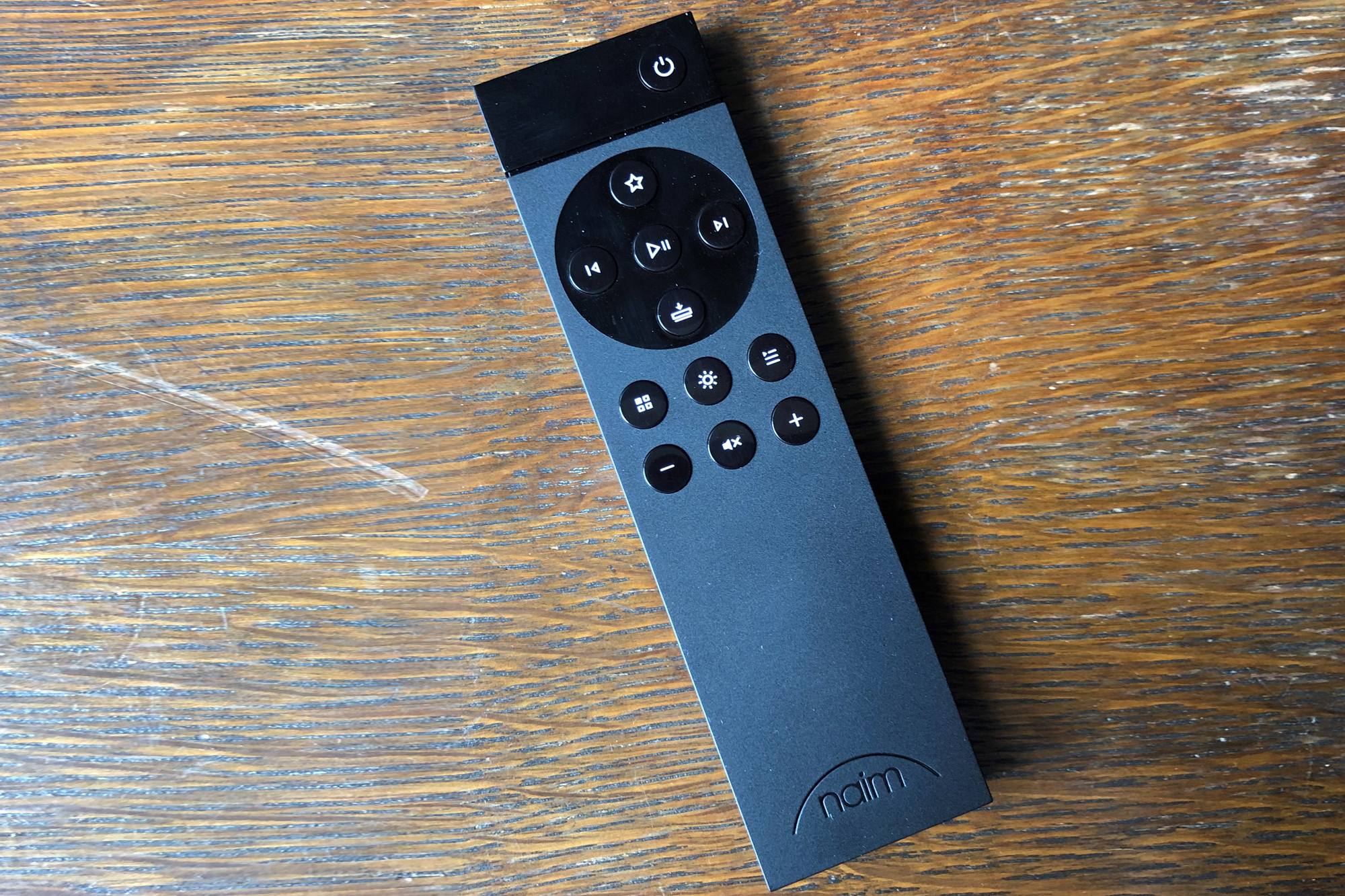 The Mu-so can handle just about any audio format you’d care to listen to, including WAV, FLAC, and DSD. I don’t own any DSD files, and most of my music collection has been ripped from CD and encoded in FLAC at 16-bit/44kHz. But I’ve also purchased a fair number of tracks from the Bowers & Wilkins Society of Sound subscription service that are encoded at higher resolutions, including Tincian, from the Welsh alt-folk group 9Bach. I chose “Babi’r Eirlys” (snowdrop baby) to start my evaluation. You don’t need to understand Welsh to be moved by 9Back co-founder Lisa Jên’s plaintive a cappella vocals on this track, which the Mu-so delivered with smooth clarity. The next track, “Asteri Mou,” consists of a long intro with piano, then acoustic guitar, and then harp before Jên starts singing. The Mu-so gives each instrument its own distinct space, so that the mix becomes more than the sum of its parts.

Moving on to more traditional pop music, I queued up Adele’s “I Miss You,” from her 2015 album 25. Adele’s voice is amazing, of course, but what takes your breath away on this track is when drummer Paul Epworth interrupts the ethereal vocals and echoing piano by beating his tom-toms and snare drum. You can feel the slam of each drumhead in your gut. 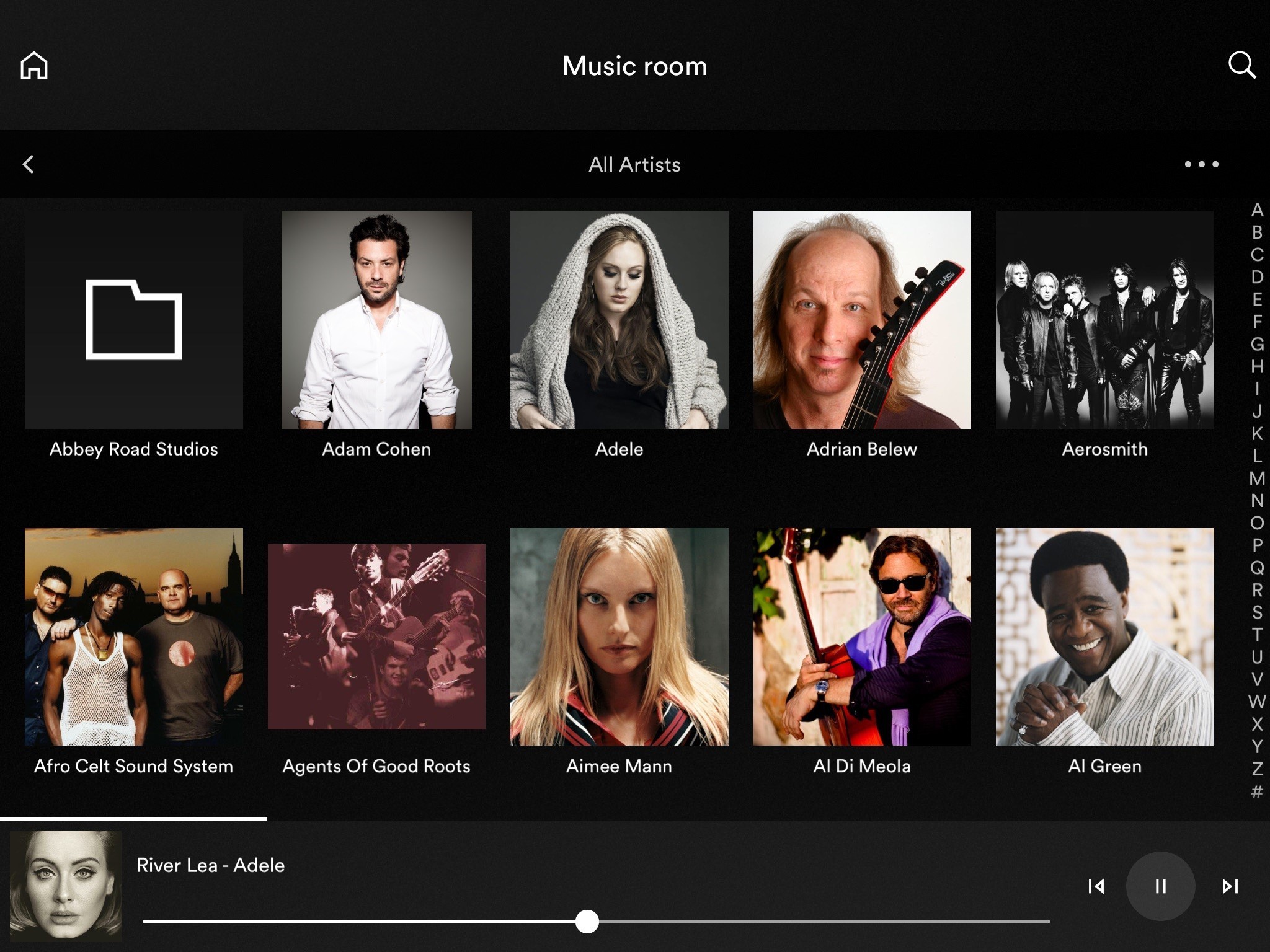 I also streamed a few tracks from jazz artist Gil Evans’ album Go Hard or Go Home on Tidal HiFi. The trumpets on “Blues for Pablo” sounded incredibly bright, as though they were about to burst out of the Mu-so’s grill. Steely Dan wasn’t the last of the music I listened to on the Mu-so, but the legendary band is one of my standbys for home audio evaluations because founders Donald Fagen and Walter Becker (who died in 2017) were such perfectionists in the studio.

There’s so much going on in “Jack of Speed,” from Two Against Nature, one of the last albums the duo recorded together, that it can sound like a mishmash on lesser audio systems. Actually, that’s true of most of Steely Dan’s complex and sophisticated work. But on this track, the high-hat strike that opens the song just sizzles. The Mu-so’s ability to distinctly render the drums, bass, guitar, and vocals is just remarkable given its size. This speaker doesn’t overlook a single detail. 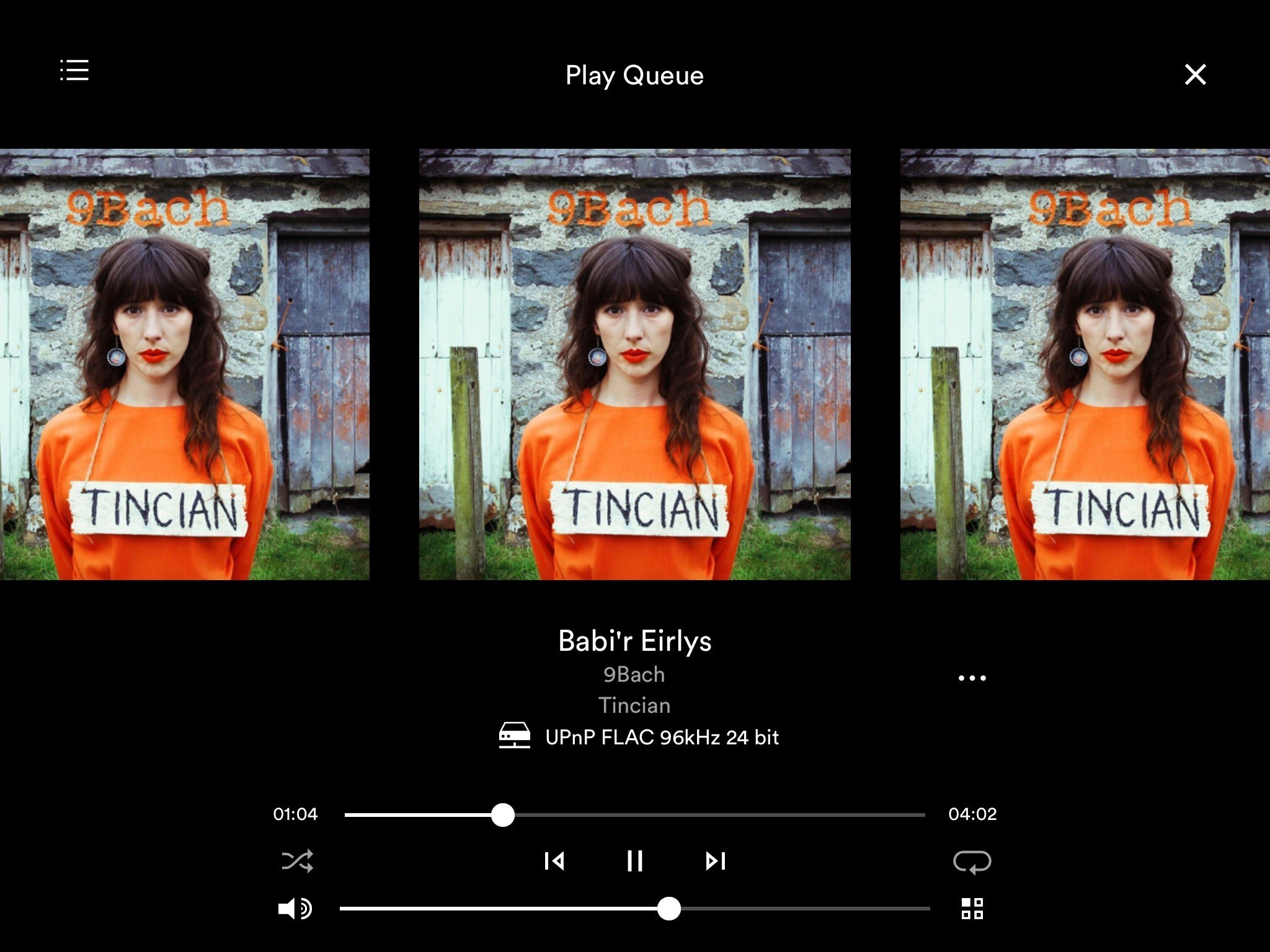 Is the Mu-So 2nd Generation a good value?

The Naim Audio Mu-so 2nd Generation is not an inexpensive bit of kit at $1,599. But its build quality, feature set, and performance are all top notch. If you were to buy separate components—loudspeakers, amplifier, streaming device, server client, and so on—you would surely pay considerably more. You’d also need to deal with a whole lot more wires. The Mu-so can operate with nothing but a power cord, if you choose.

Naim pitches this product as a do-everything audio system, but I would hesitate to recommend it as a soundbar. Yes, the presence of HDMI with ARC certainly renders it capable of being paired with your TV, but you’ll only get stereo and you’ll never be able to add surround speakers.

Playing music on the Mu-so is a whole other matter. This speaker sounds exquisite, and it can handle any nearly any format you can think of from just about any source you can imagine: online, offline, digital, or analog. This is a great music system whether you operate it solo or as part of a multi-room audio system. I recommend it wholeheartedly.

Don't miss a deal at Farfetch
Best offers at Nike DE
Discounts, Sales and Deals at Carphone Warehouse
Save your money with Vodafone UK
Online-Shopping with Newegg
Best products at Marks and Spencer
Latest Posts