Microsoft’s Surface Duo will cost $1,399 and arrive on September 10th

Microsoft’s first attempt at a dual-screen Android device is nearly upon us. In a blog post (which we’re guessing was published a tad early, given how little the company is talking about the news elsewhere) the company re-unveiled the Surface Duo and announced that it’ll be shipping on September 10th. (Pre-orders are now live, if you fancy buying one.) That means the hardware could come to market before Samsung’s Galaxy Z Fold 2, which doesn’t have a release date just now — the company has merely confirmed that it’ll be available to pre-order from September 1st.

Like Samsung’s high-end foldables, the Duo’s hinge and extra display will cost you. Today, Microsoft revealed that the Surface Duo will retail at $1,399, which is more expensive than many flagships including the newly-announced Samsung Galaxy Note 20 Ultra ($1,299). For an Android convertible, though, it’s arguably a steal. The Duo is $600 cheaper than Samsung’s original Galaxy Fold and $100 less than the reborn Motorola Razr’s starting price. Samsung’s folding Z Flip is $100 cheaper than the Duo, but like the Razr, it’s a smaller device aimed at flip phone lovers. 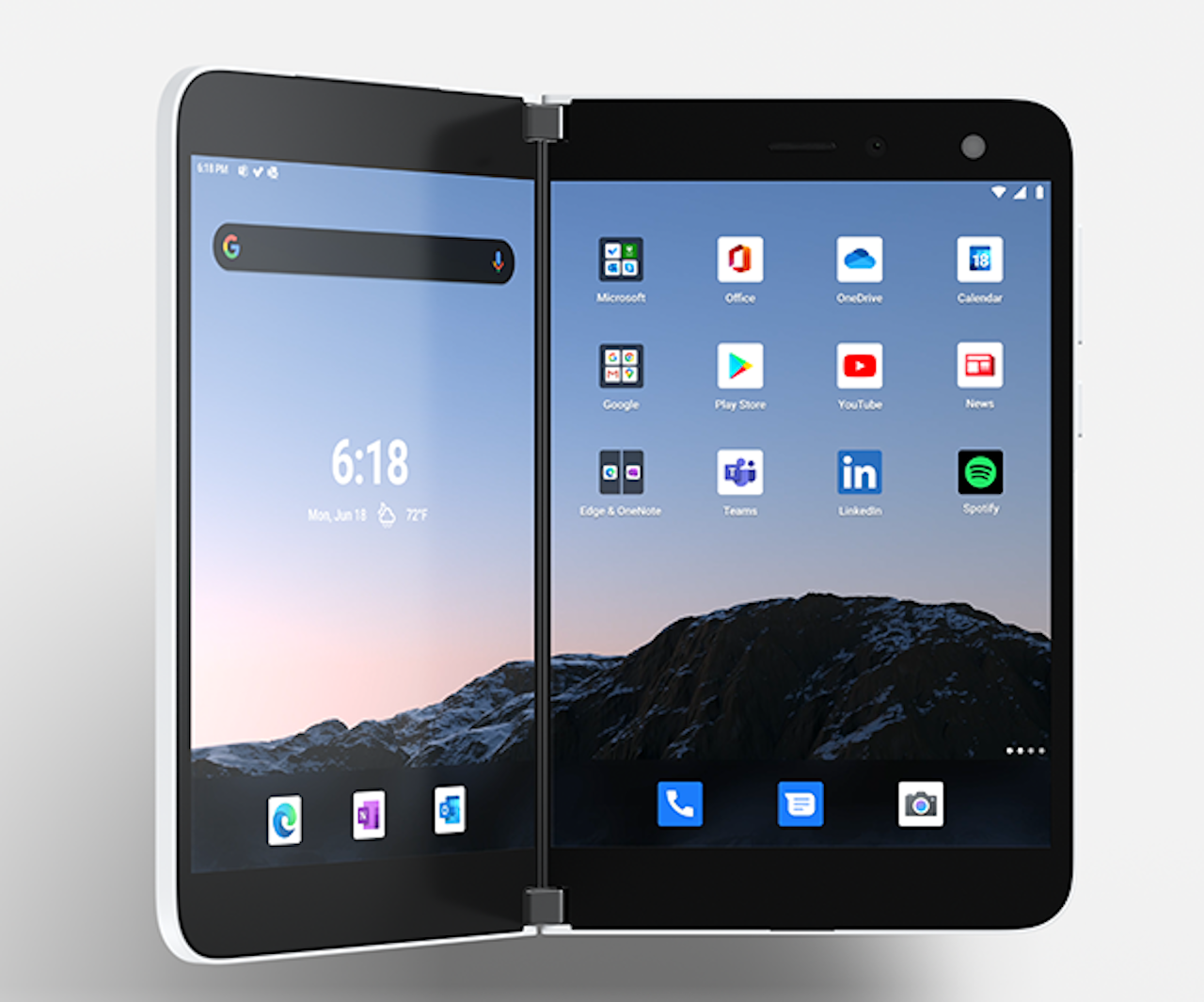 Microsoft’s first Android phone has two 5.6-inch screens that combine into one larger 8.1-inch PixelSense Fusion display. It’s all held together by a “revolutionary 360-degree hinge” that we’re praying keeps out debris a little better than Samsung’s first Galaxy Fold. We already know that the device will be 4.8mm thick in its unfolded form. According to Microsoft, that’ll make it “the thinnest mobile device on the market,” though of course it won’t be quite as sleek when it’s folded (thereby making it roughly 9.6mm thick) in your pocket or bag. Still, it’s arguably the best-looking foldable that the technology industry has produced to date.

The Duo marks Microsoft’s first foray into Android hardware. The company was bullish on Windows Phone — coupled with Nokia’s generally-excellent hardware — and later Windows 10 Mobile. Both platforms were a commercial failure, however, forcing Microsoft to retreat from the market and rethink its strategy. Many see the Duo as a spiritual successor to Microsoft’s secretive Courier concept which was confirmed and killed in 2010. The new Android hardware was first unveiled last October alongside the Surface Neo, a foldable computer that runs Windows 10X, a new version of its PC operating system designed for dual-display machines.

Don't miss a deal at Argos
Best offers at Virgin Media
Discounts, Sales and Deals at Ancestry
Save your money with Nike DE
Online-Shopping with Surfdome
Best products at Vimeo
Latest Posts