When the Kangaroo Doorbell camera was first announced the price seemed like a typo: $20. After reviewing it for a week, I can confirm that you definitely get what you pay for. The company nailed it on the ease of use and industrial design; unfortunately, the image quality is just bad.

That’s ironic because the company says it started off the design process by “obsessing over what are the essential security and notification features that you need (and what’s extraneous).”

I’d say the ability to see what’s going on at your door is perhaps the most essential feature but it’s the one that is most compromised in this doorbell. 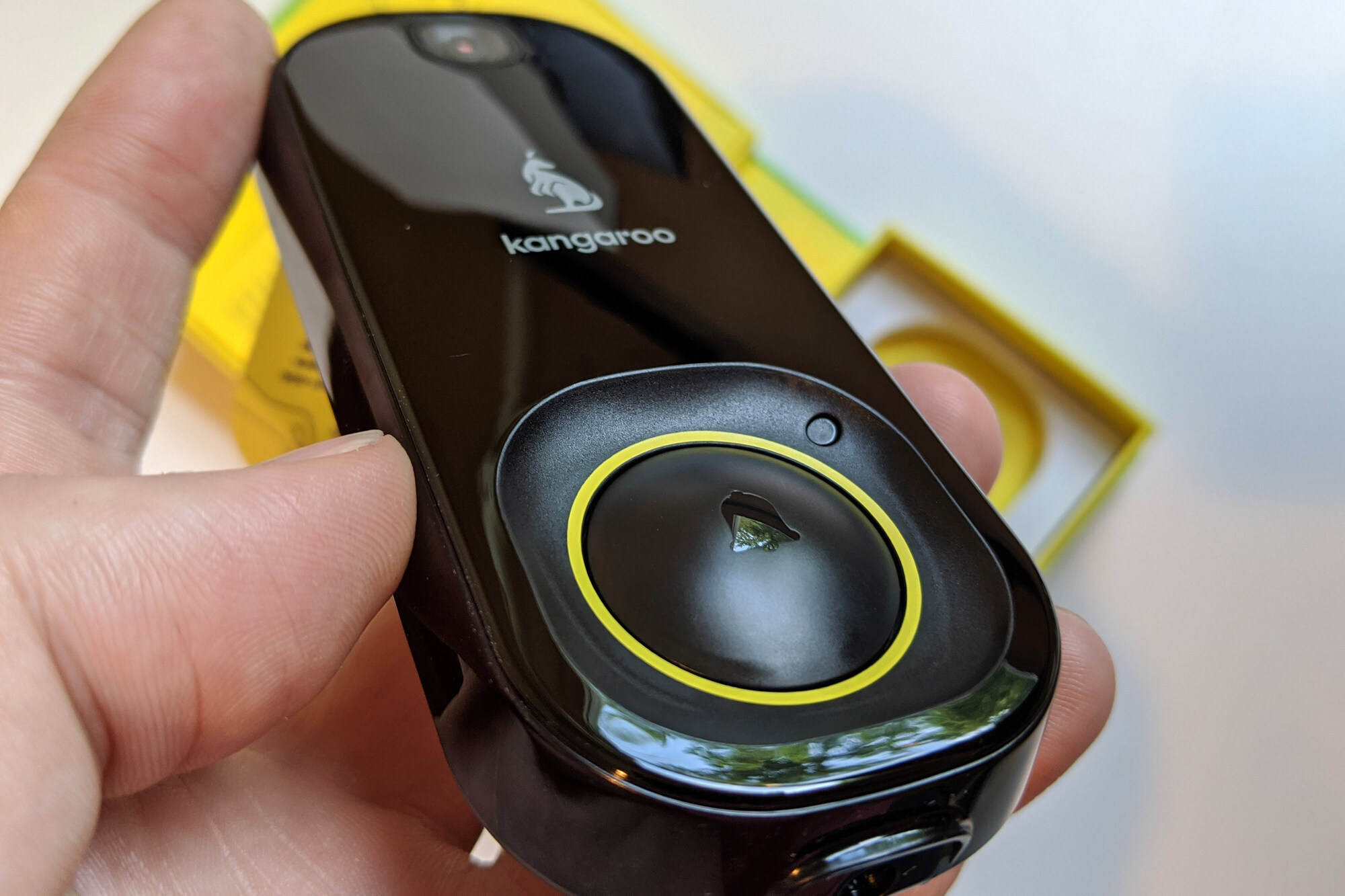 To cut costs and hit the $20 price point, the camera snaps photographs—it doesn’t stream or capture video. When it detects movement, it takes a series of images and stiches them together to make a video file. Video is nothing but a string of images, so the theory is solid, but Kangaroo’s execution is lacking. The resulting file is just two seconds of jumpy five-frame-per-second video.

To make matters worse, the camera doesn’t deal well with bright sunlight (even with the sunlight mode switched on), it has poor color reproduction, and the frame stitching is done so poorly that it looks like glitchy video.

Here’s a video of me getting out of my car (you’ll probably need to hit the replay button a few times to get a sense of what’s been captured).

And here’s a video of me walking to my car.

The video files are 480 x 640 pixels in resolution, which is a vertically oriented standard-definition image. That’s already a much lower resolution than many competing cameras, but it’s made worse by the poor exposure control, the poor color reproduction, and the glitches.

The doorbell does a slightly better job when someone comes to your door and presses the doorbell. They’re usually standing fairly still and close to the camera when they do that, so it’s possible to make out who the person is, but the quality is still poor.

My score for this product would be even lower, but the company did get a couple of things right.

This camera was a breeze to install. Out of the box there’s a handy tab with a list of reminders about what’s needed before the camera is installed. Pulling the tab completes the power circuit and powers on the camera. Pairing to my smartphone was effortless. 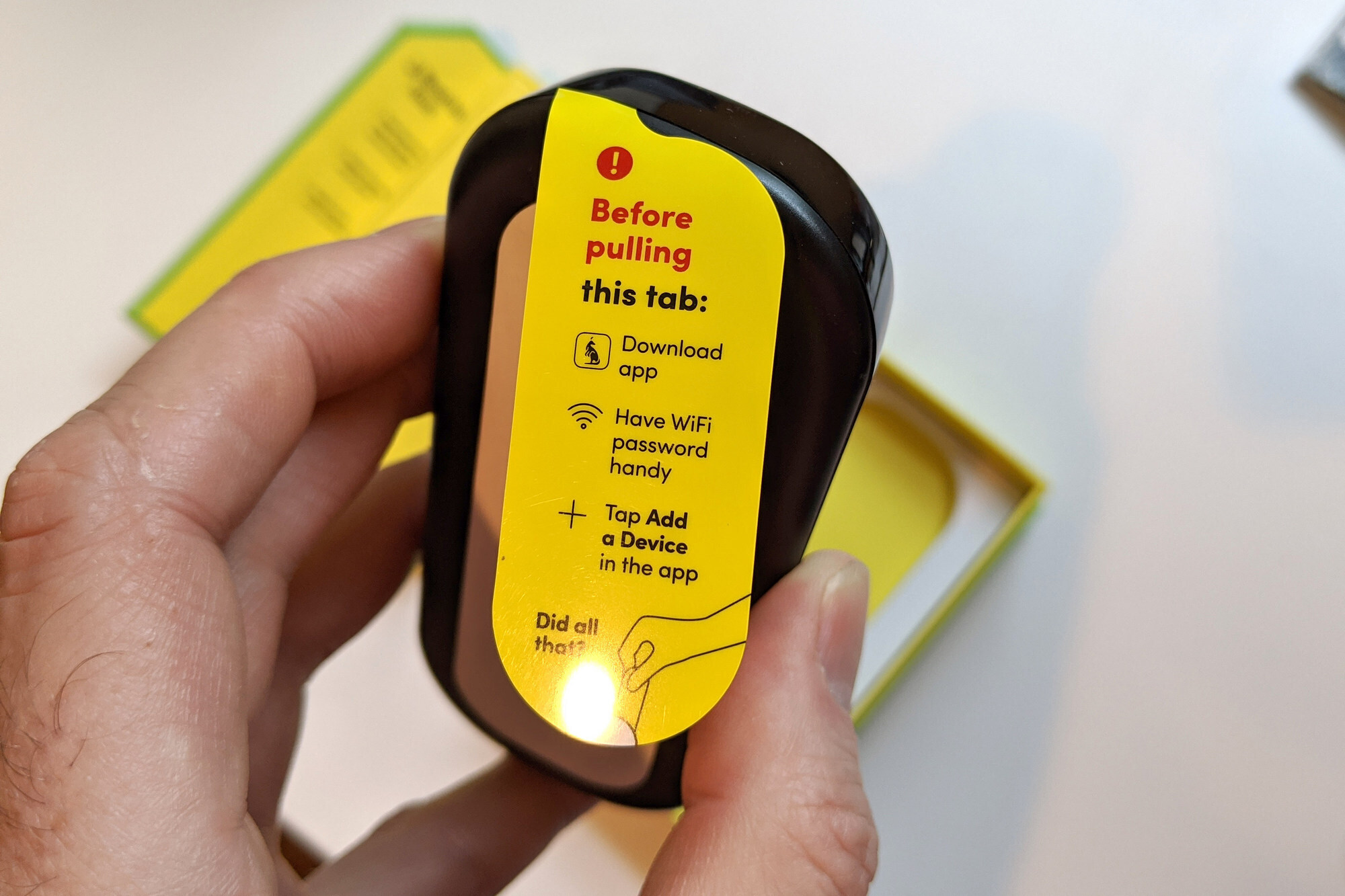 It runs on three AA batteries, which are included, so it’s ready to go out of the box. Kangaroo says those three batteries will last a year or more. In my test they lasted two days.

It comes with a large sticky pad on the rear to attach it to your wall, or there’s an option to use a screw-in bracket for a more permanent fixture. (Note that in a TechHive test of Kangaroo’s motion sensors in a garage, the sticky pads failed after about a month. The camera wasn’t tested for that long.)

After the premature death of the batteries, I opened the camera to replace them and found a small amount of moisture inside. There had been a particularly heavy thunderstorm the previous evening, so this was concerning although not inconsistent with the camera’s IP54 rating, which allows “limited protection against dust ingress and protection against splashes of water.” To be sure, it doesn’t appear waterproof and the company isn’t claiming it is. 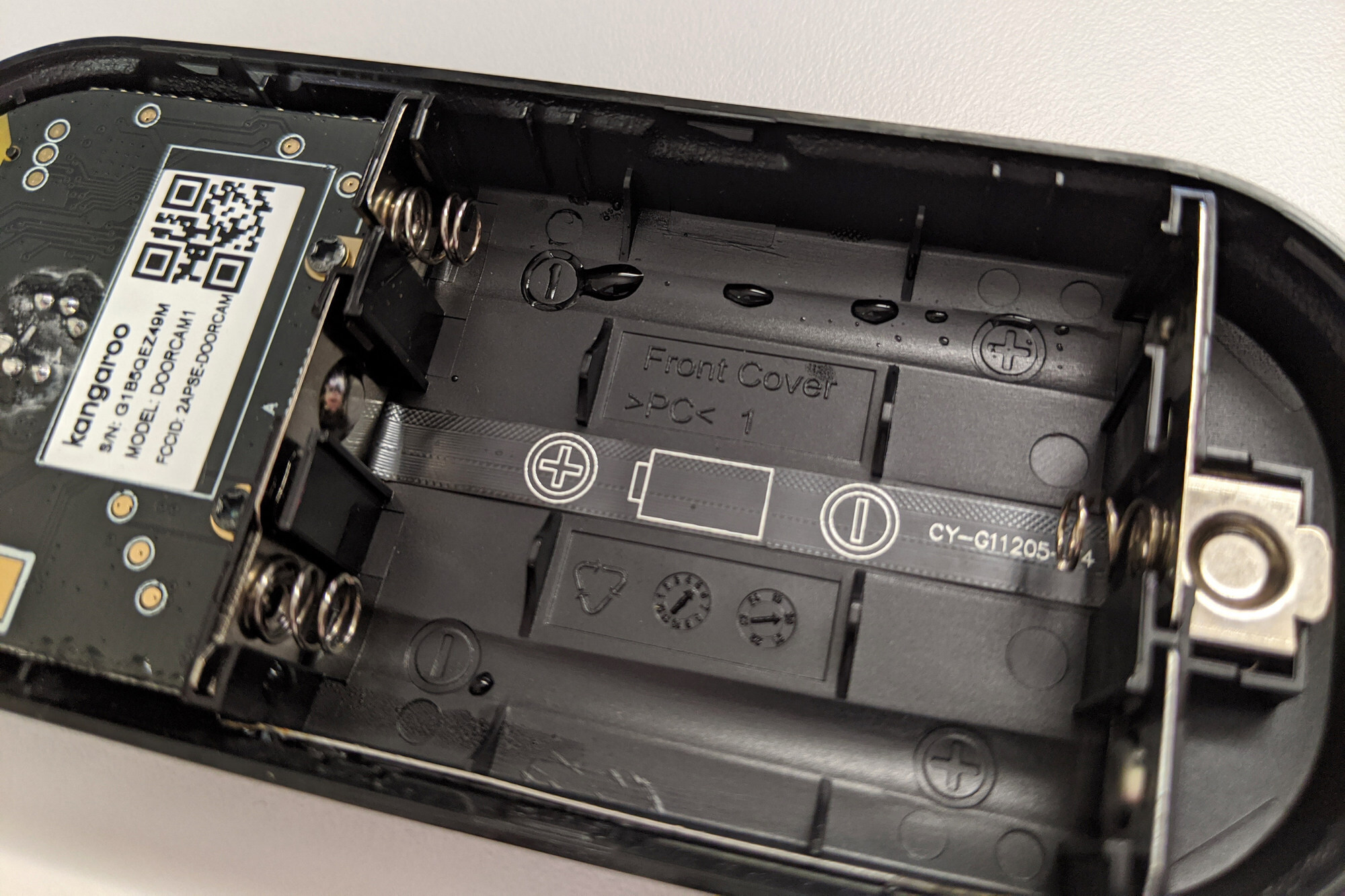 Aside from the poor video quality, the Kangaroo Doorbell Camera’s motion detection was adequate. It doesn’t have any type of motion zone or setting beyond a switch to select a focal point between 8 feet and 16 feet. The app optimistically includes a distance slider, but it only has two positions and nothing in between.

Motion and doorbell alerts came fast, which was good, but they weren’t always accompanied by images. Several times I opened up the alert to see a black screen and a “preparing video” message. Because the camera only snaps photographs, there is no function to get a live look outside or talk to someone at your front door.

There’s a nighttime mode with a sensitivity setting, but images captured ate night were equally bad as during the daytime. It captured me walking in front of the camera, but to an untrained eye, I could easily have been Bigfoot.

The whole experience with this camera is one of disappointment. Kangaroo appears to have cut too much in its pursuit of a $20 price point. On the one hand, it’s amazing what they have done for the price; on the other, it seems like a price not worth pursuing for such a hobbled product. Perhaps adding an extra few dollars to the price tag would have enabled them to make a better device; if that’s the case, it’s a shame they didn’t.

Not everyone can afford $100 or $200 for a video doorbell, so some will find the Kangaroo Doorbell Camera tempting. I advise staying away. Better to save a bit more money and buy a second-hand Ring doorbell.

The Kangaroo Doorbell Camera is the cheapest smart doorbell on the market, but its poor image quality and cut-down feature set means it’s no bargain.

Don't miss a deal at Myprotein
Best offers at John Lewis
Discounts, Sales and Deals at Boohoo
Save your money with The Home Depot
Online-Shopping with Virgin Media
Best products at TalkTalk Phone and Broadband
Latest Posts