The second season of the hit Disney+ series The Mandalorian premiered today and there is fascinating photography associated with the production of the Star Wars spinoff show. For starters, some scenes in the show were shot using the Canon EOS 5D Mark III DSLR camera.

As Digital Camera World points out, not only were scenes shot using the Canon 5D Mark III, but an adapted Nikon 28mm lens was used and the camera operator was John Knoll, co-creator of Photoshop and current effects supervisor and chief creative officer at Industrial Light and Magic (ILM).

If you watched the first season of The Mandalorian and felt like scenes were reminiscent in overall appearance to the original trilogy of Star Wars movies, there’s a good reason for that. While modern technology and computer-generated imagery plays a large role in the production of The Mandalorian, showrunner and series creator Jon Favreau wanted to retain the look and feel of classic Star Wars films. As fans of the franchise are likely aware, the original Star Wars trilogy relied heavily upon physical models to film many of its iconic scenes. 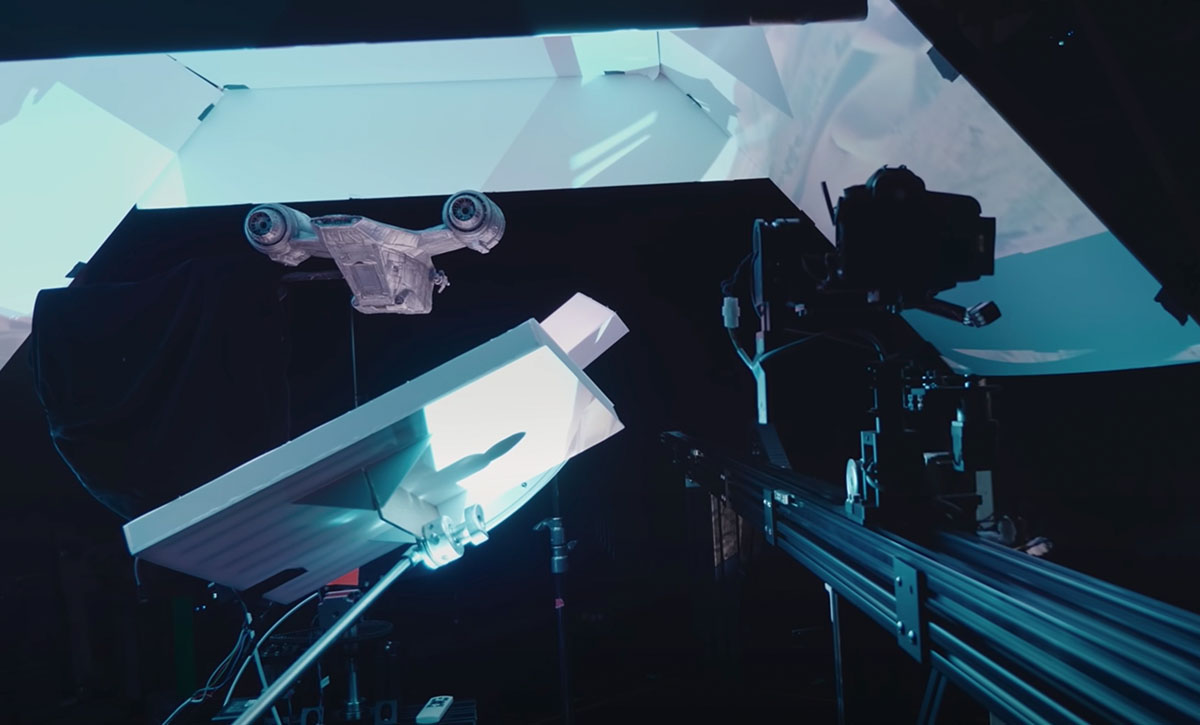 To recapture the spirit of the older Star Wars movies with The Mandalorian, Industrial Light and Magic created the titular character’s spacecraft, the Razor Crest, in its studio. John Goodson, a longtime ILM model maker created the ship using a 3D printer and tinfoil and Knoll built a 50-foot motion control rig.

In the video above, you can follow along with the team at ILM as they created the Razor Crest ship. This includes its beginnings as concept art to it being physically built and filmed as a practical miniature. We also see Knoll at work filming the first motion control shots at ILM in 15 years. It’s a fascinating look at how iconic objects, such as a protagonist’s ship in a Star Wars series, are created and brought to life.

Of creating the Razor Crest model for filming as a practical miniature, Knoll says that it’s important to strike a balance with the size of the model. You want it large enough that its details hold up when close to the camera, but not so large that it’s difficult to create a dynamic motion shot when running it along a rigged track. Ultimately, the team settled on a model around 24″ long. 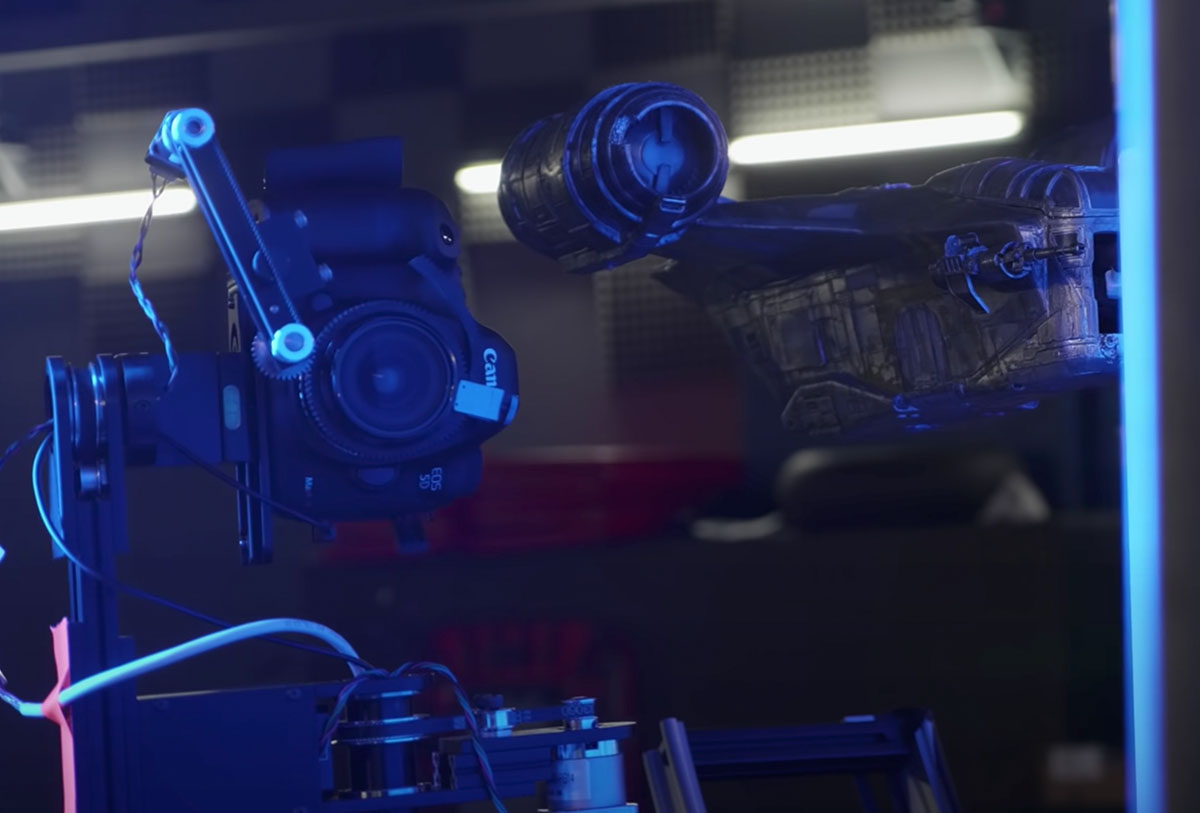 Goodson remarked that one of the biggest differences between scenes shot using computer generated graphics versus a scene shot using miniatures is that when using a physical model, you are limited by the availability of mounting points for objects. There are certain angles and shots you simply can’t achieve when using models. However, that look and certain types of motion are also ingrained in people’s memories of older Star Wars movies. The team at ILM worked very hard to make sure that shots of the Razor Crest model evoked that same look as old shots. From the perspective of this Star Wars fan, they nailed it.