The Sony WF-SP800N are a sweat-resistant pair of true wireless earbuds that have both active noise cancellation and support for Sony’s spatial audio format, 360 Reality Audio. Could one pair of earbuds please both workout enthusiasts and audiophiles? It certainly looks that way.

For the most part, the new Sony WF-SP800N are designed with workout lovers in mind: They’re IP55-rated to be sweatproof and dustproof with a high degree of water resistance.

But they’re also pretty good for commuters because they have active noise cancellation built in, which is rare for a workout pair of earbuds, and work well for demanding music lovers thanks to their support for Sony’s new spatial audio format, 360 Reality Audio.

Could one pair of true wireless earbuds really work for everyone? We’ve just got our hands on them, but so far the Sony WF-SP800N definitely feels that way.

That puts them in direct competition with the new Google Pixel Buds that also launched this month and come in at $179.

While the WF-SP800N are Sony’s newest true wireless earbuds on the market, they’re not your only options: there’s also the entry-level Sony WF-XB700 that were announced in April and ultra-premium Sony WF-1000XM3 that came out last year and won our Best In Class award for their exceptional performance.

Having three similar headphones might sound a bit confusing, but it’s actually a good thing in this case: in terms of price and performance, the Sony WF-SP800N is actually a lot closer to the WF-1000XM3 and could offer many of the same features at a $30 discount. 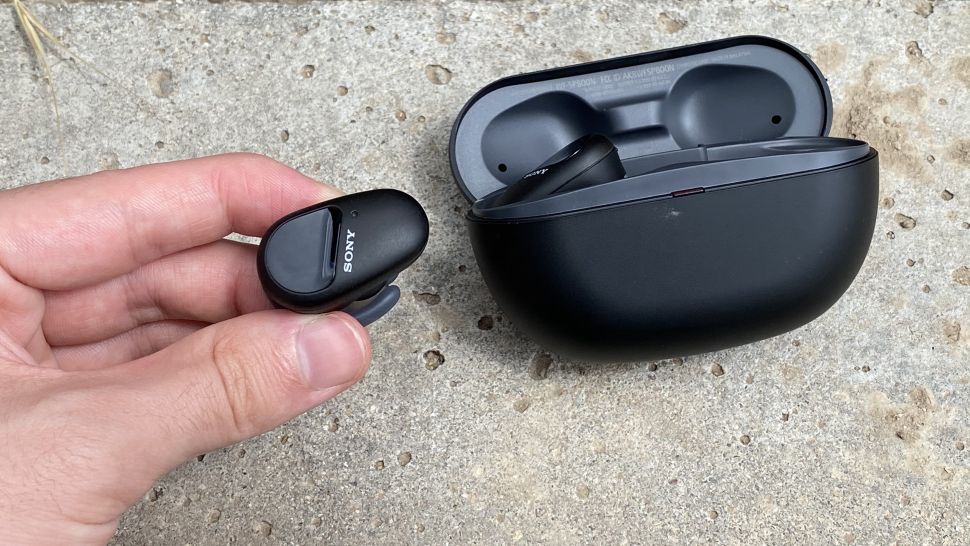 Looking at the Sony WF-SP800N will likely remind you of a miniature mid-2000s Bluetooth headset. It uses an ovular design that points down toward the mouth with a small touch capacitive control panel on each side that can be used to summon your smart assistant.

The buds are held in the ear by a combination of plastic eartips and small earhooks that hold the headphones in place even during intense workouts.

It can be a tight fit if you’re not used to wearing in-ear headphones and might become uncomfortable over time, but the design creates a tight seal that’s great for sound quality and really holds the headphones in place.

As for the case, it’s a bit chunkier than we expected – especially compared to the more petite Sony WF-XB700 that we just reviewed – which is a bit disappointing because there’s no tangible difference in battery life between Sony’s two buds.

The case uses USB Type-C connector for charging and holds about nine hours of extra charge which, in addition to the nine on the earbuds themselves, brings the grand total to around 18 hours of battery life. 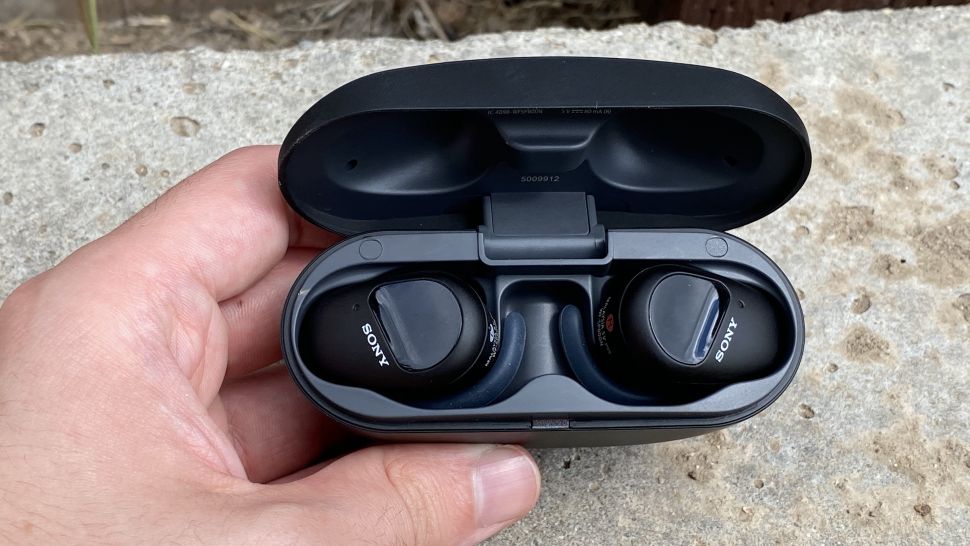 The three headline features you need to know about in terms of performance are that the WF-SP800N are both noise-cancelling and feature Sony’s Extra Bass EQ tuning that give them a lot of power in the low end. They also are one of the few earbuds to feature Sony’s 360 Reality Audio format for spatial audio support through Deezer and Tidal.

Now, you may recall that Sony has another pair of true wireless earbuds called the Sony WF-1000XM3 that we absolutely love and, on paper at least, have all the same features. The caveat here is that the WF-1000XM3 use Sony’s QN1e HD Noise-Cancelling Processor while the Sony WF-SP800N (the earbuds reviewed here) use a more basic processor. The result is that the noise-cancellation isn’t as powerful and the audio quality isn’t quite as good.

So how do they sound? Well we haven’t spent more than a few hours with them yet but so far we quite like the sound. It’s robust and full-on, with a wider soundstage than you’d expect from a pair of true wireless earbuds. They can get relatively loud, which really helps them block out noise when you do things like mow the lawn or ride the bus, and definitely have enough bass to make most EDM and rap fans really happy.

The only downside we’ve noticed so far is that the bass can override the mids and highs, which hurts their overall clarity. Turning up the volume restores some of those levels but can obviously be more fatiguing, so it’s a double-edged sword.

We know for sure that we like their sound quality more than the Google Pixel Buds, but not as much as the Powerbeats Pro or Sony WF-1000XM3 that are a bit more neutral-sounding, plus we still need to test battery life and call quality. 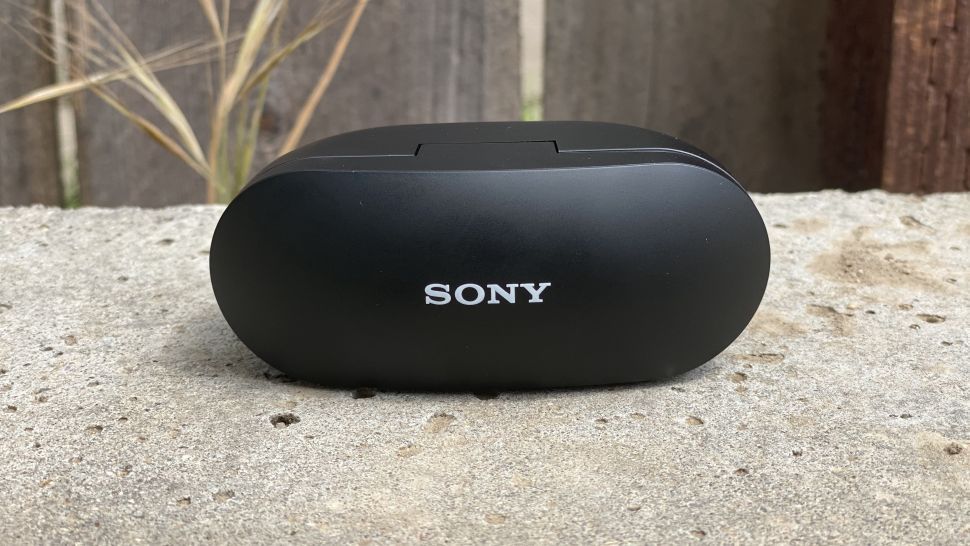 As it stands, there’s a lot to like about the Sony WF-SP800N. They feature active noise cancellation, water-resistance and a spatial audio format all for under $200. They’re a bit too close in price to our favorite true wireless earbuds, the Sony WF-1000XM3, and could be the slightest bit more comfortable to wear for long periods, but so far it’s clear Sony set out to make a pair of true wireless earbuds that please every palate. Hopefully they can finish strong.

Don't miss a deal at Argos
Best offers at Microsoft Store
Discounts, Sales and Deals at Turbo Tax
Save your money with H&R Block
Online-Shopping with TalkTalk Phone and Broadband
Best products at Farfetch
Latest Posts