The LG Stylus 2 offers up a big screen, stylus and medium-low tier specs as it looks to undercut Samsung’s Galaxy Note series by hitting those who don’t have deep pockets.

It replaces the LG G4 Stylus from 2015 – a phone which only got a limited release – and there’s a good chance the Stylus 2 will also witness a relatively limited rollout. The hope is LG pushes it out to a few more territories this time around though.

There’s currently no word on release date or price, but you can expect the Stylus 2 to be comfortably cheaper than the Samsung Galaxy Note 5. 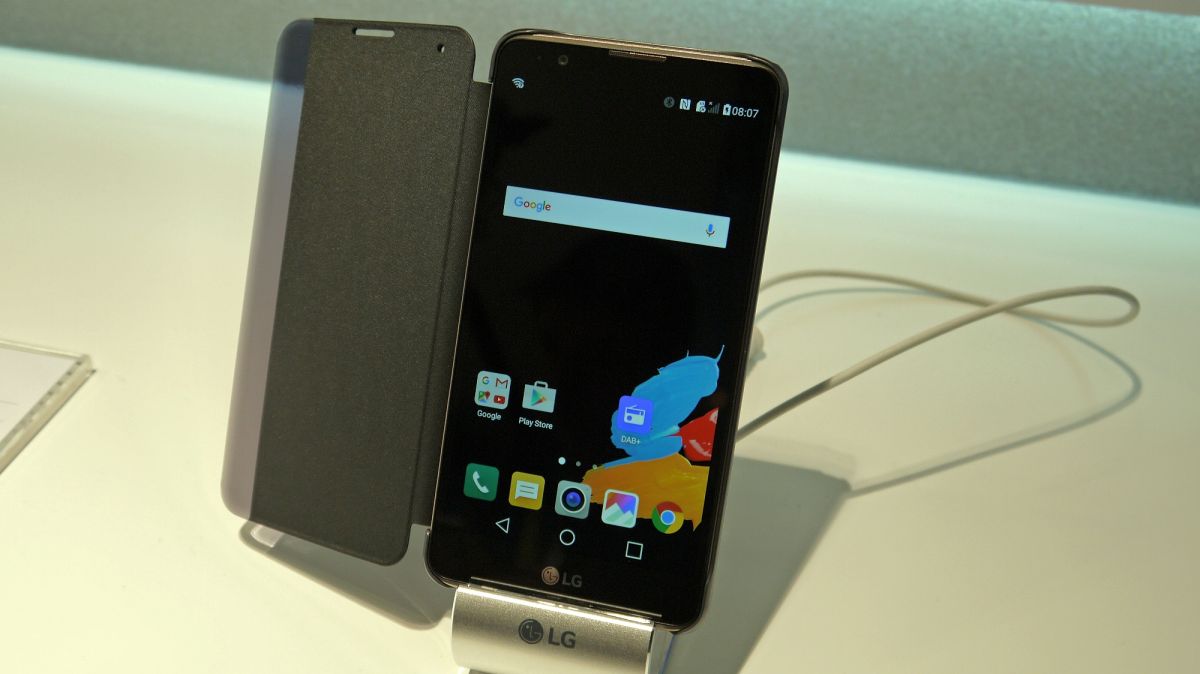 Slightly annoyingly the LG Stylus 2 handsets on the LG booth at MWC 2016 had covers on, so I couldn’t get a good look at the design – but even with the case it was still pleasingly slender thanks to its 7.4mm plastic frame.

It’s still a commanding presence in the hand though, with the 5.7-inch display pushing the dimensions to 155 x 79.6mm while the Stylus 2 tips the scales at 145g – which isn’t all that heavy.

The flagship LG G5 may have ditched the rear buttons which featured on the LG G2, G3 and G4 – but they’re still going strong on the Stylus 2 with the power/lock key and volume buttons forming a column below the rear camera sensor. 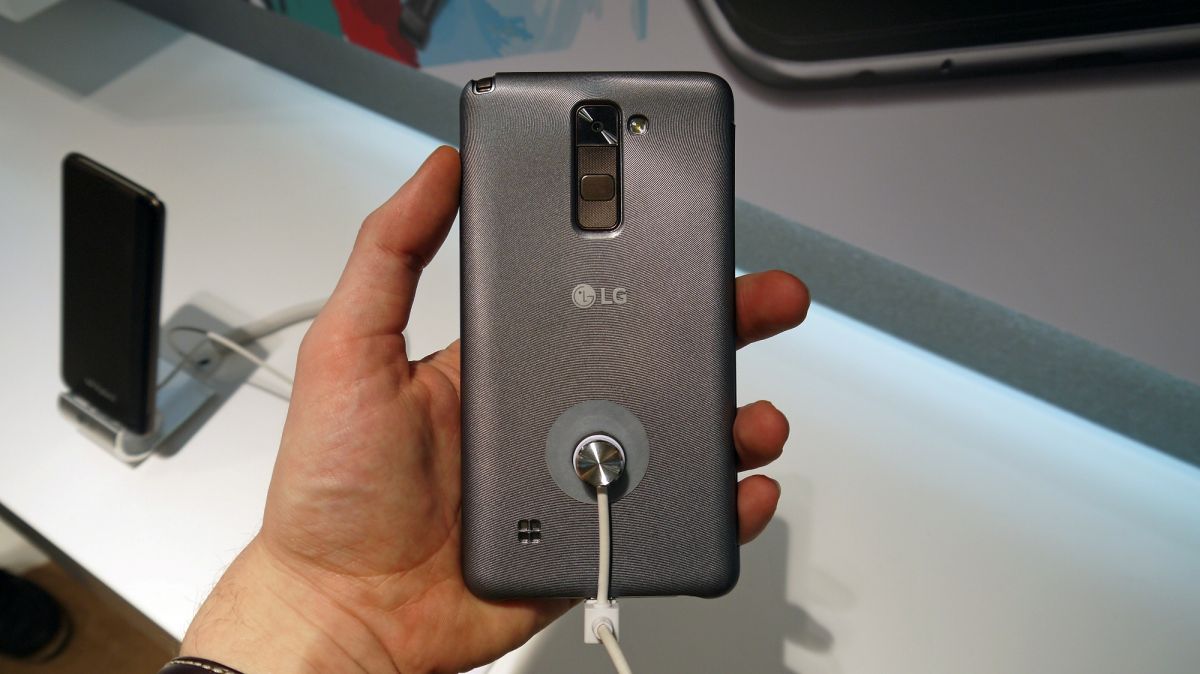 They do fall nicely under finger when held in the hand, but they’re a little on the flat side making it tricky to know which key you’re hitting without looking.

The main attraction is found in the top right corner of the handset, where the stylus slides into the body of the phone. Pull it out and, well, it’s a stylus. There’s no fancy tech inside like Samsung’s S Pen – it’s all pretty standard.

It’s also rather thin and I can see it getting bent or snapped easily, so you’ll want to treat it will a little bit of care and attention. Thankfully you shouldn’t lose it, as the Stylus 2 will alert you – known as Pen Keeper – if you start moving off with the phone when its stylus port is empty. 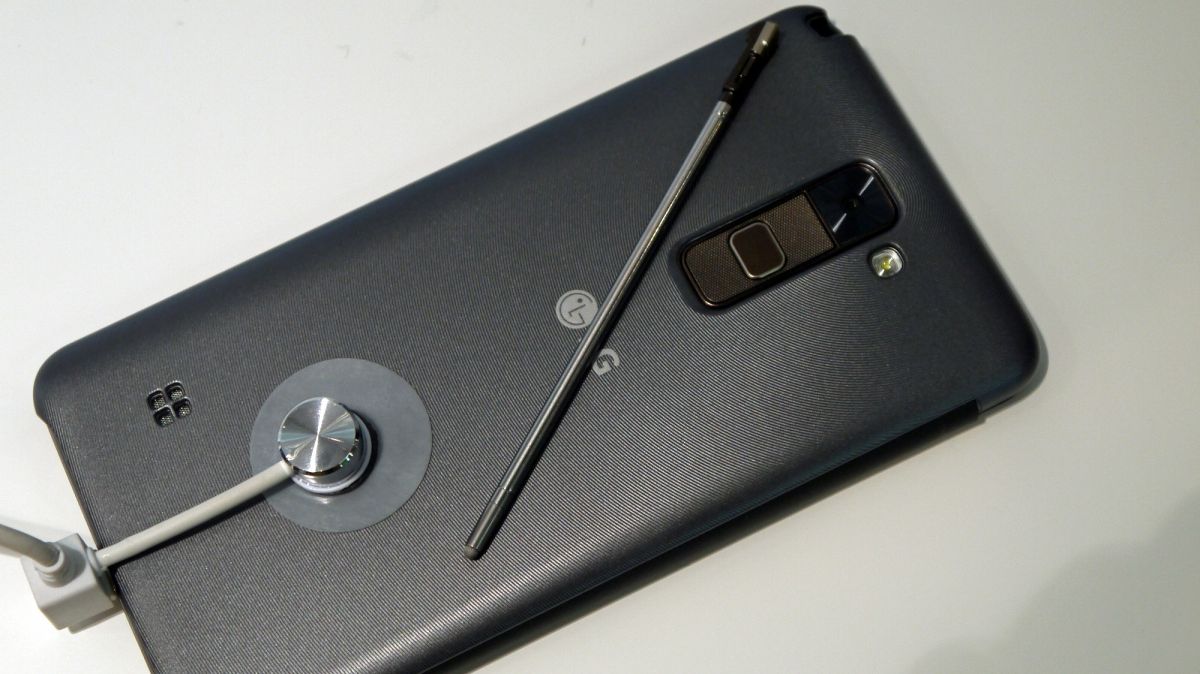 LG claims its stylus is now more accurate due to the fact it’s ditched the rubber nib from previous iterations, replacing it with a nano-coated tip. I can’t say there’s was any obvious improvement, but it may become clearer with extended use.

When you do slide the stylus out of the handset, the phone vibrates and launches Pop Menu and Pop Scanner, allowing you to sketch and note take right away.

The stylus was smooth and provide a pleasing level of accuracy, but you do have to prod the screen with some force as lighter taps didn’t seem to register. 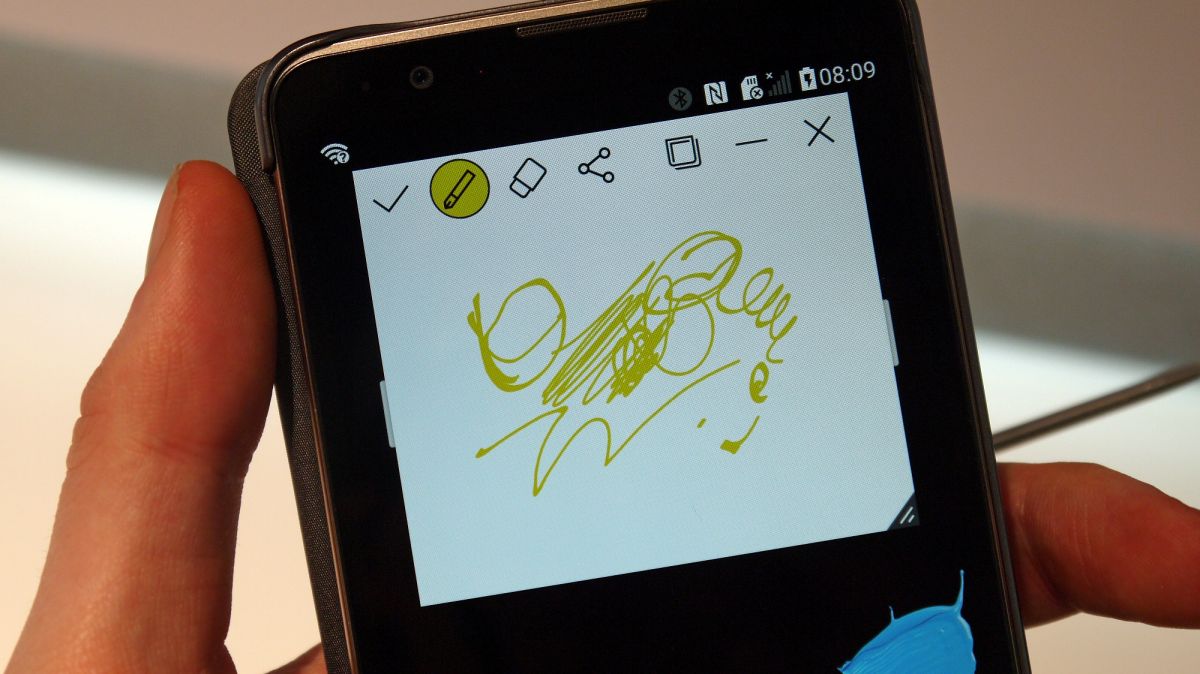 Like with many stylus-toting smartphones its inclusion seems a little pointless. It doesn’t add a great deal to the overall experience.

The 5.7-inch display is bright and clear, although the 720p HD means it’s not the sharpest screen around.

As with all the phones LG has launched at MWC 2016, the Stylus 2 comes with Android Marshmallow dressed in the South Korean firm’s own interface overlay. The main change LG has made is removing the app tray. In terms of looks it’s clean and fresh, with LG sticking closer to Google’s vision this time around. 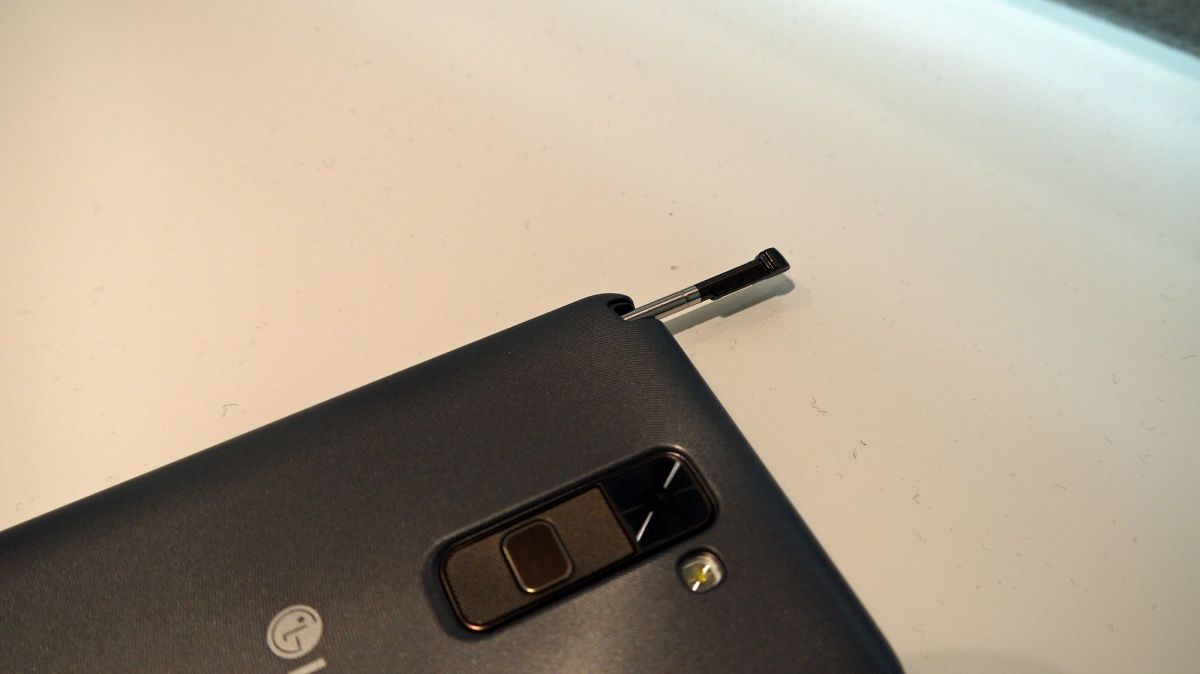 A quad-core processor and 1.5GB of RAM are responsible for powering the LG Stylus 2, and while Android ran smoothly during my hands on time I fear things may begin to slow down when you starting firing up intensive games and large applications.

There may only be 16GB of internal storage, but LG has at least provided microSD slot so you can expand on that, while the 3,000mAh battery is removable.

The LG Stylus 2 does sport a couple of decent cameras, with a 13MP sensor on the rear and an 8MP snapper on the front. From a quick test on the LG booth I was able to take a few decent quality snaps. 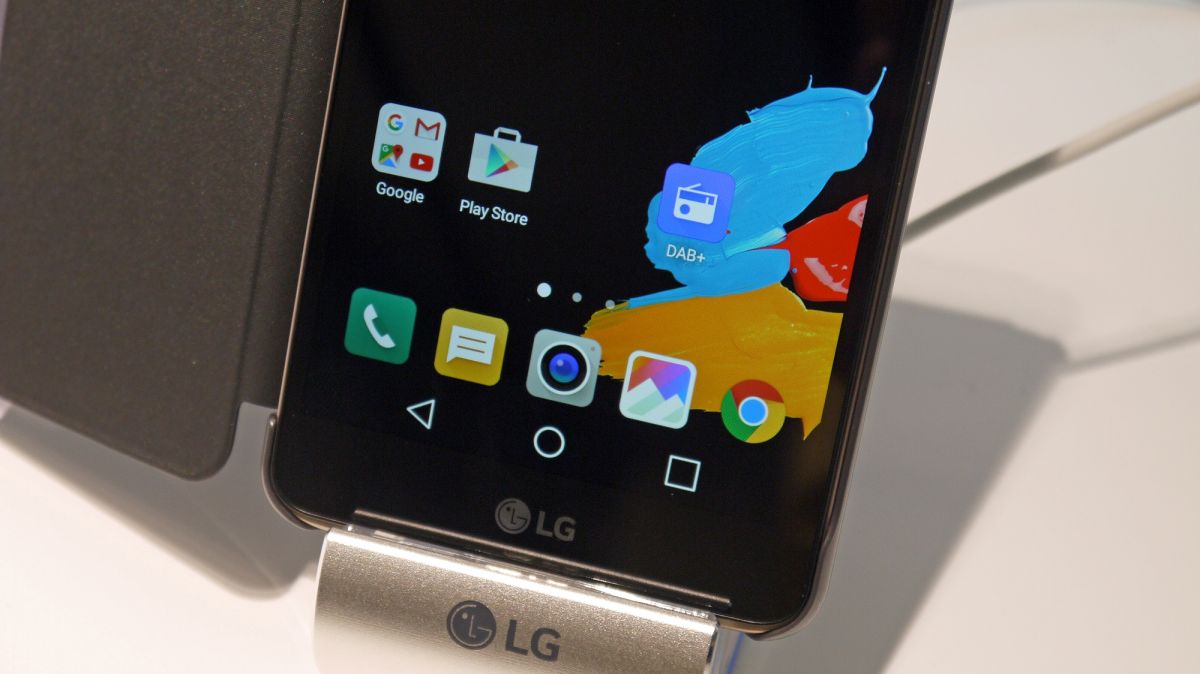 The LG Stylus 2 isn’t a phone that’s going to appeal to many people. Its so-so specs and questionable stylus don’t do enough to grasp the imagination, and unless you must have a pen for your smartphone and you’re on a restricted budget there are better options out there.

0 0 0
Previous ArticleHands-on review: MWC 2016: LG X Screen
Next ArticleHuawei and Leica team up to make sure the P9 camera is awesome
Comments (0)

Don't miss a deal at Currys
Best offers at House of Fraser
Discounts, Sales and Deals at Vimeo
Save your money with Myprotein
Online-Shopping with Intuit Small Business
Best products at Ancestry
Latest Posts