The Alcatel Idol 4S – apart from that moniker sounding a little late, given that was everywhere four years ago – is a quietly impressive phone with high-end specs but a lower price.

For years, Alcatel has been bringing out phones with a decent spec at a low price… but not overly successfully, as the user experience didn’t quite add up.

That seems to have changed with the launch of the Alcatel Idol 4 and 4S, which have dialled up the premium experience without adding too much to the price. 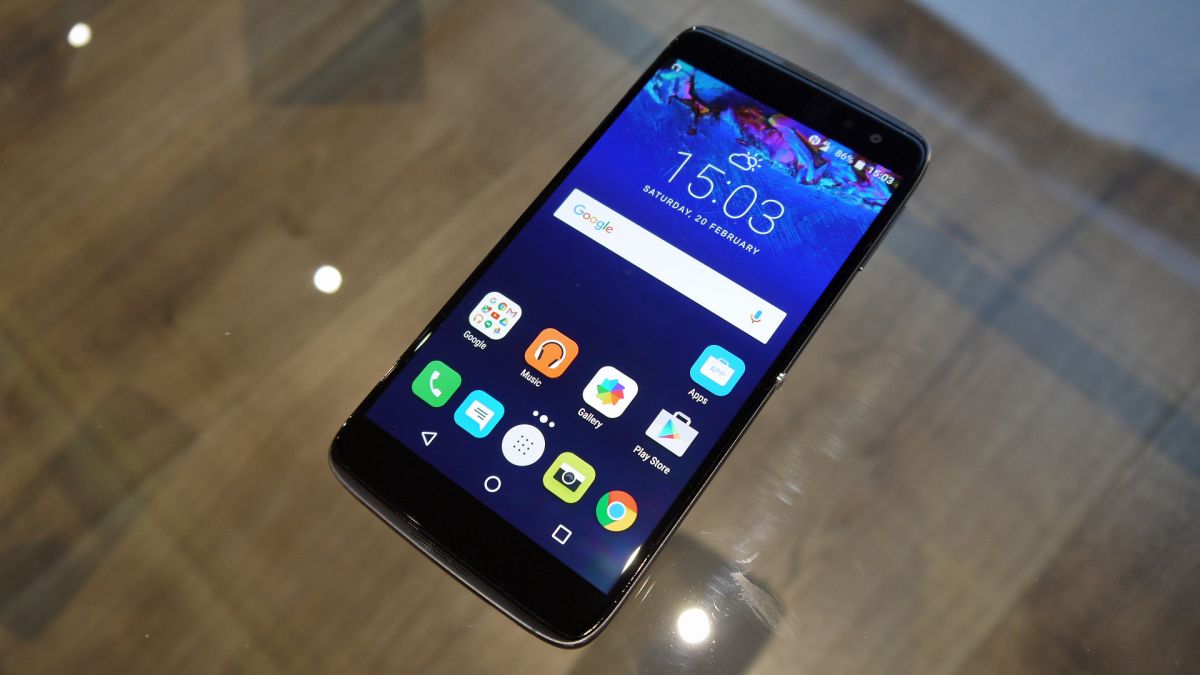 The mix of metal, plastic and glass is neat here – again, it’s a little on the light side (like the Idol 4) which means that it feels a little cheap in the hand, but the build quality is solid and the chassis has a pleasant feel. I was a fan of the matte plastic of the Idol 3, but this definitely feels like an upgrade. 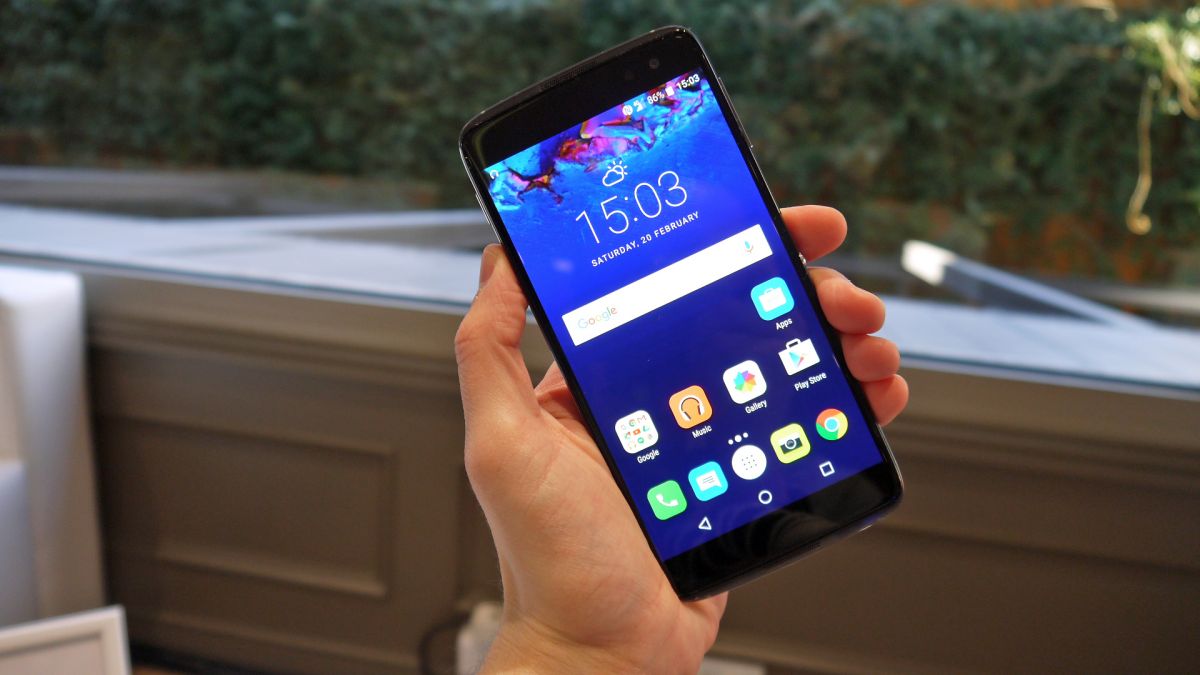 The power button is in the top right-hand corner of the phone, which is fine when you’re using it normally. However, one of the key features of the Idol 4S is the ability to use it either way up, meaning you can pick it up from either end and use it fine.

The power button then sits under your right thumb knuckle though, which is useless. You can double tap the screen to wake it or hit the Boom Key on the side (more on this later) but this doesn’t shut the display off when you’re done, meaning that power button is in an irritating place. 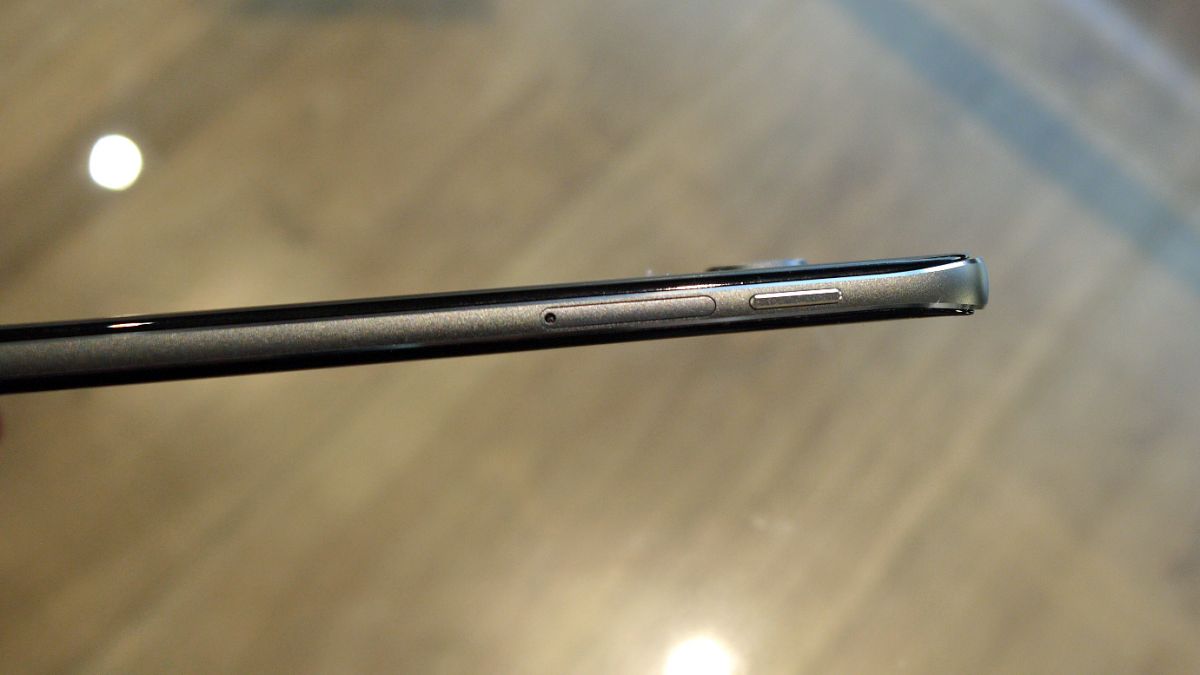 If it was where the Boom Key is in the side, looking for all the world like a Sony power button, it would make so much more sense.

However, that screen is worth talking about – an AMOLED QHD resolution screen that looks great at 5.5-inches. It doesn’t feel massive in the hand either, and is a nice upgrade from Alcatel – firmly helping to justify the price tag. 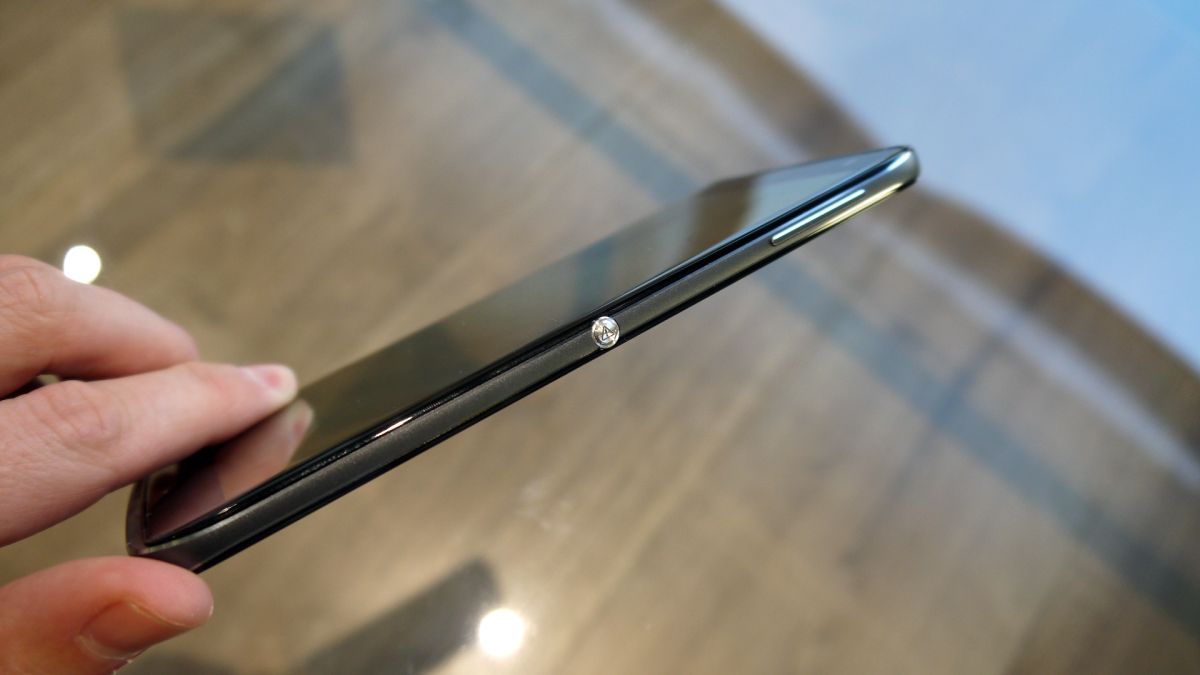 The other big upgrade is the four speaker layout, pumping sound towards you when you’re holding the phone (from the top and bottom of the handset) but also firing it rearwards as well, giving a real 360 sound when you’re putting it down on the table.

If this thing had a screen on the back, the Idol 4S would be able to work no matter which way you picked it up. Something to consider for the Idol 5, guys.

The Alcatel interface, running Android 6, is nothing amazing to shout about – but then again, with the maturity that Google’s OS is showing at the moment, that’s not bad thing. 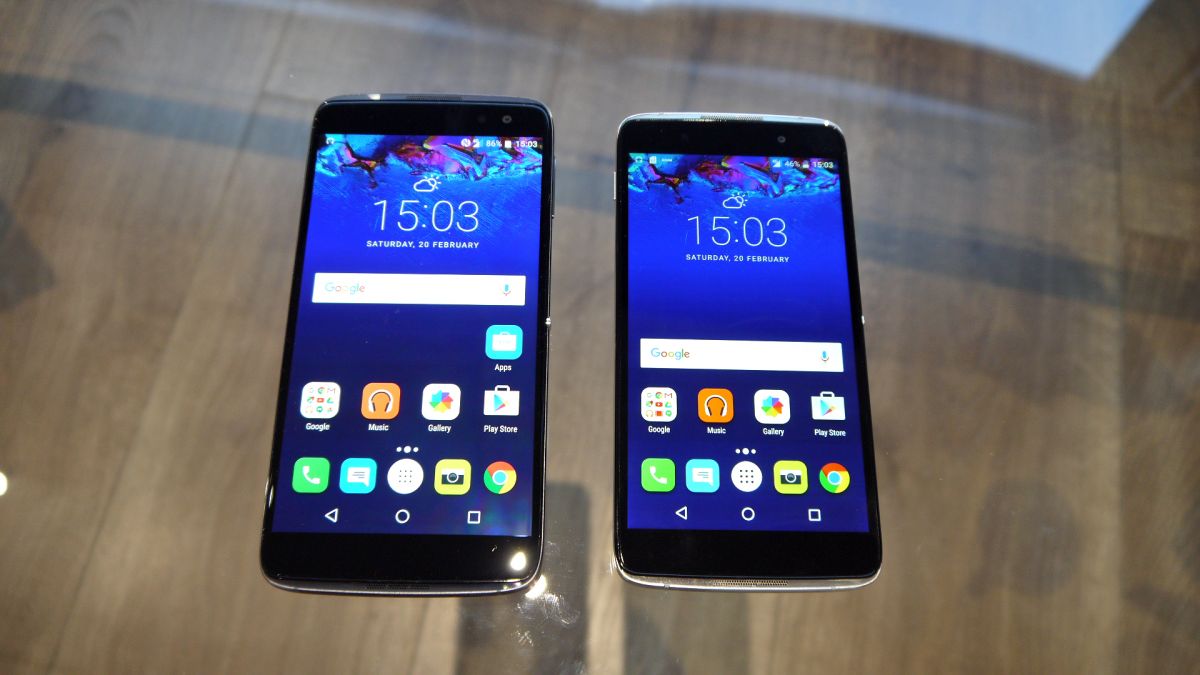 It looks sleek and clean, has all the right apps in the right places that you’d expect, and generally fits as you’d hope. There are little flourishes here and there: a fold out music widget when you press the icon, or opening the full music app and turning the phone on its side to see a DJ interface where you can mix and scratch your records and annoy the LIFE out of anyone nearby.

In terms of raw spec, some will turn their nose up a little when they see the raw data: a Snapdragon 652 XPU and 3GB of RAM. However, don’t be fooled by the mid-level CPU from Qualcomm – we’re in a world where only the toughest of tasks need the high end engines, and with 3GB of RAM there’s loads that can be done here without slowing your phone down. 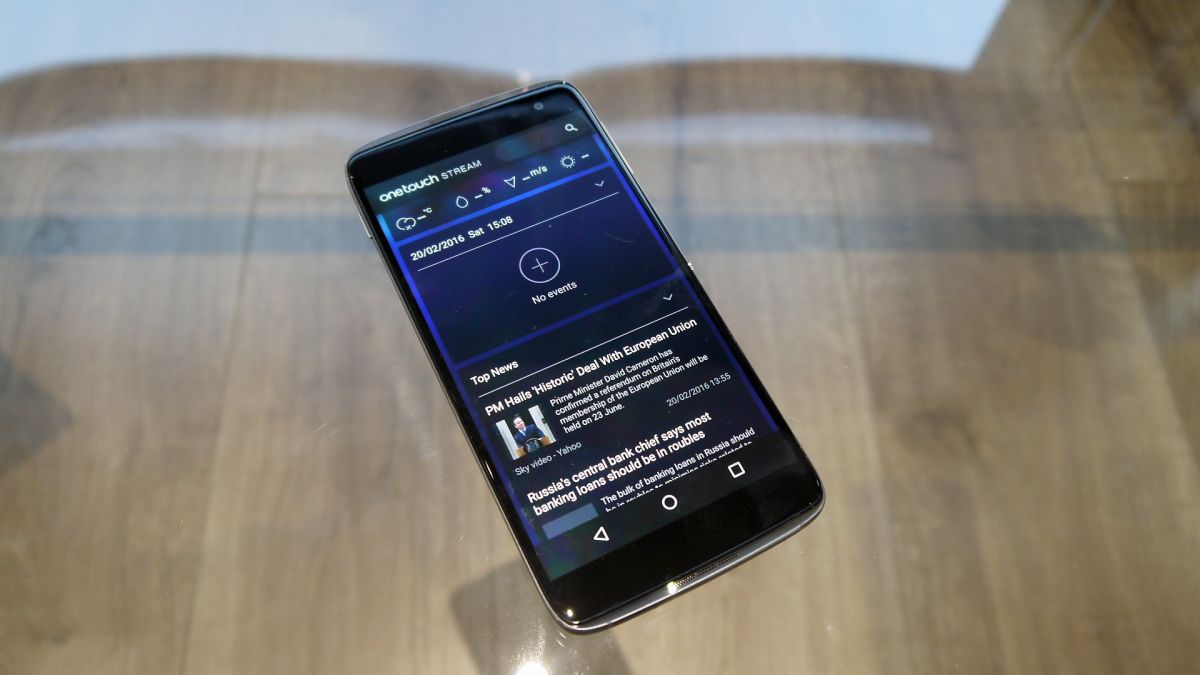 The Boom Key (told you I’d get there eventually) is an interesting addition: you can use it to enhance audio, show the weather as an animation or create an instant collage with all your photos just with a tap – it all depends which app you’re in at the time.

You can even re-map this to another task if you wanted, so making this the power button is an option – although you’ll lose its special qualities.

The Alcatel Idol 4S comes with a 3000mAh battery inside, which is a pretty good level for a phone of this size. I’m curious to see how well the brand can manage its power with a QHD screen in the mix, but with Android 6 on board there’s a big hope it won’t be terrible.

This isn’t Qualcomm’s absolute best chipset though, so if we’re marginal on battery life, that’s not going to help. 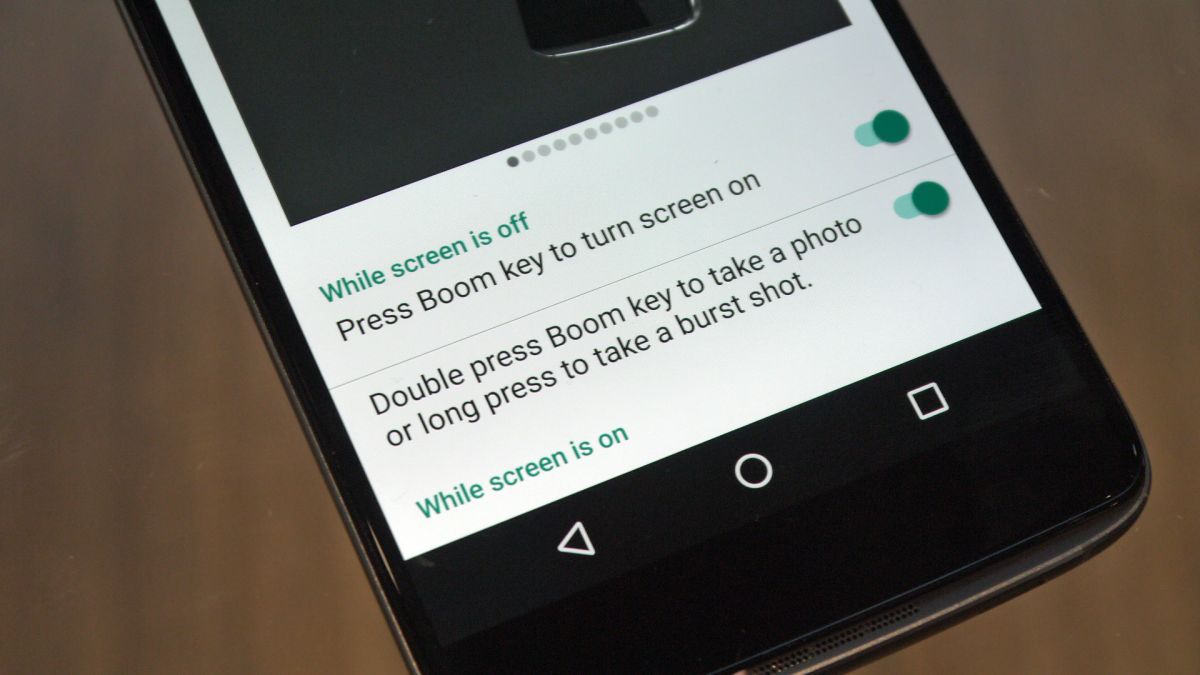 The camera is a 16MP sensor from Sony, giving sharp and clear images when you’re snapping about. Combining the pictures with the QHD AMOLED screen means they always look great – but only if you’ve taken a great picture. 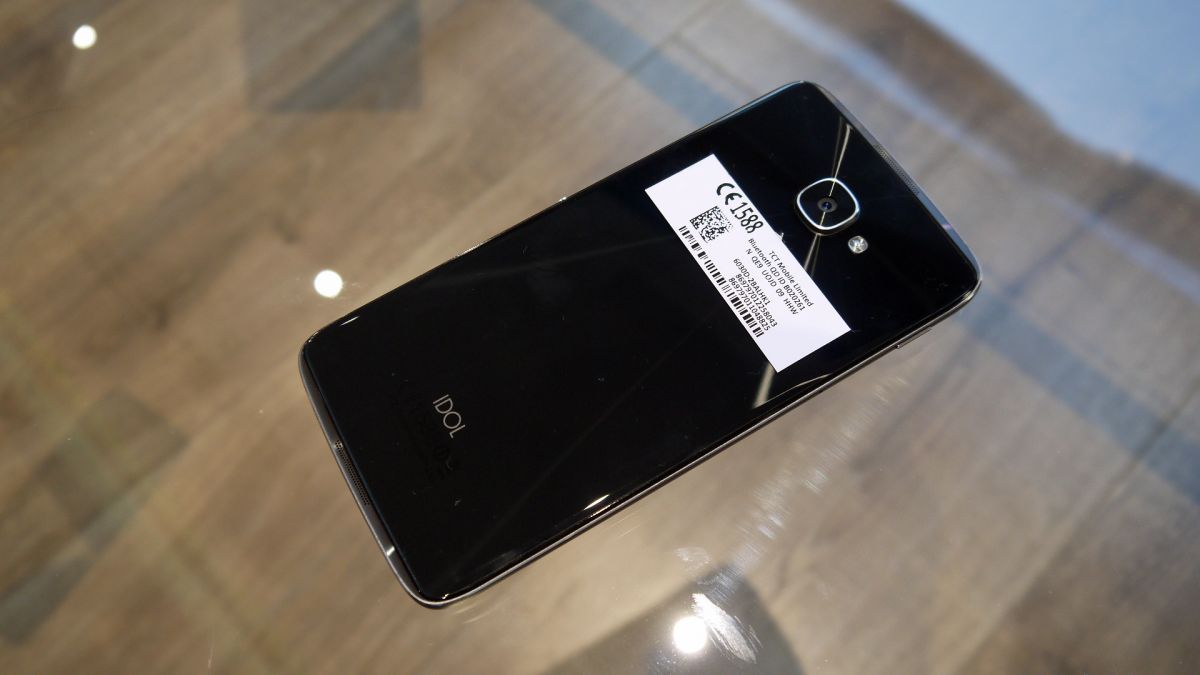 While our early results looked OK, there was nothing mind-blowing here. Well, apart from the fact you can make your phone meow like a cat or bleat like a sheep to get the attention of your subject.

You’d think that was for kids – but in testing it made someone look up EVERY SINGLE TIME.

Alcatel has been the dark horse of MWC 2016 – bringing out two pretty competent phones with a good spec list and low(ish) cost. Combined with a maturing Android OS, it’s a good mix to see, and there’s a reason the brand is starting to see some traction in places like the US. 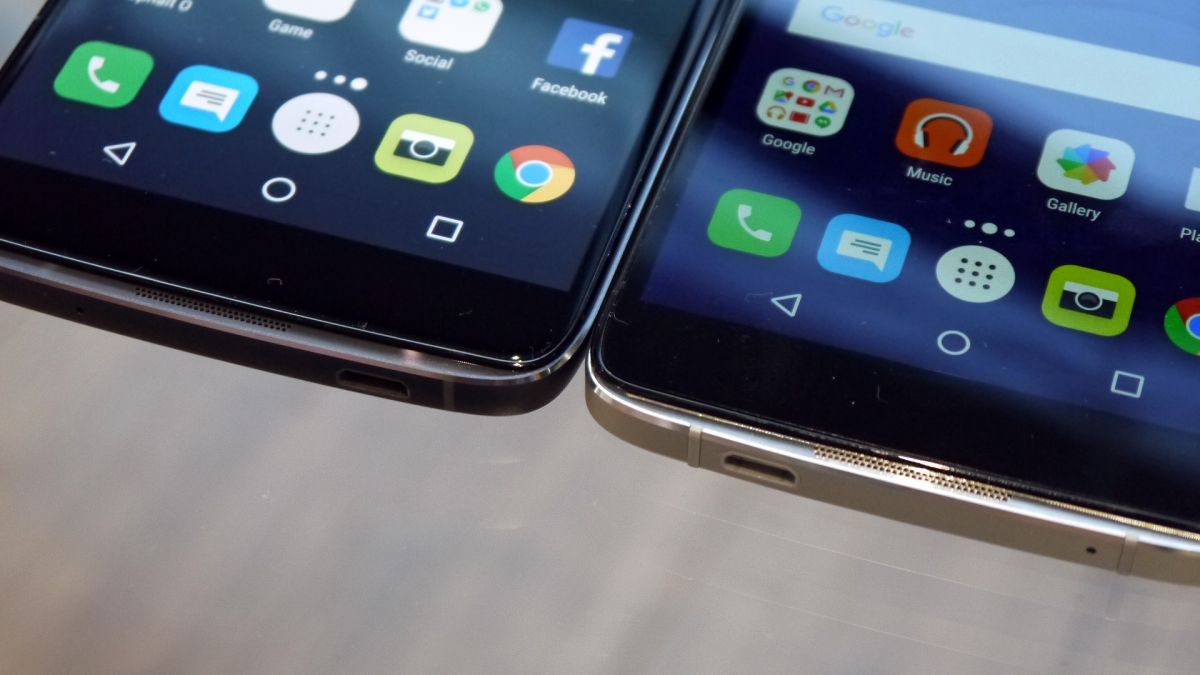 Will the Idol 4S be a real consideration for someone thinking about buying the LG G5 or Samsung Galaxy S7? Probably not – it’s a different beast for a lot less money than those flagships.

But it’s a great step forward for Alcatel, and one that should be richly applauded.

Don't miss a deal at The Home Depot
Best offers at Argos
Discounts, Sales and Deals at Myprotein
Save your money with O2 Mobile
Online-Shopping with Ticketmaster UK
Best products at John Lewis
Latest Posts